Why is it so difficult to make scary Lovecraft games? It’s not that there aren’t some good Lovecraft games, or even some great ones, but they’re certainly few and far between.  Considering Lovecraft’s enormous influence on the horror genre as a whole, this seems strange. One possible reason may be less to do with the medium of games, and more to do with a tension that comes from using Lovecraft as source material in the first place. It’s a tension that’s been around ever since ‘Lovecraftian’ became popular enough to merit its own adjective. Let’s unpack this a bit.

The Price of Popularity

There are two sides to Lovecraft and his work. On the one hand, you have everything that everyone thinks of when they think of ‘Lovecraftian’. It’s the backwards villages and early twentieth-century American setting. It’s the books of forbidden lore and the unpronounceable names. It’s the wriggly, slimy things with the tentacles. It’s all those things that make up the Lovecraft ‘look’.

Sitting uncomfortably opposite this, there’s the themes and ideas Lovecraft’s work tries to explore. It’s his concept of cosmic horror; of being confronted with a universal order that is ultimately unknown, unknowable, and callously indifferent to humanity at best, or maliciously hostile at worst.

In Lovecraft’s day, these two aspects got on just fine. Lovecraft himself was an obscure writer for pulp magazines, commanding no following of his own except for a close band of personal friends. More to the point, the way he expressed ideas of cosmic horror through bizarre, writhing creatures worked. Horror was still largely rooted in the Gothic era; for those used to Victorian ghost stories, these alien, inhuman calamari-things had few antecedents. That doesn’t wash so much these days. For an author whose whole thing was about the fear of the unknown, Lovecraft has become a very known quantity, to the point of almost being self-defeating at times.

You can see this problem in games directly based on Lovecraft’s work. 2005’s Call of Cthulhu: Dark Corners of the Earth, 2018’s Call of Cthulhu, and 2019’s The Sinking City are all titles heavily tied to the Cthulhu mythos, with the first game even starting out as more or less a straight retelling of A Shadow Over Innsmouth. The common problem with all three (besides being marred by technical performance issues) was that as Lovecraft games, players were all in on the gag. As an audience we know what to expect; of course there’s going to be doomsday cults, insane protagonists, and Elder Gods; we’d be disappointed if there weren’t. At that point, players were more likely to derive enjoyment from these tropes than fear.

This point may sound asinine, even illogical. After all, anything of sufficient popularity loses some of its mystery. Silent Hill fans knew they’d likely be exploring a foggy town after the first game, for example; Fatal Frame players knew return visits would feature haunted locales from ancient Japan. In neither case were the sequels of necessity less terrifying. But unlike Lovecraftian cosmic horror, the themes these games dealt with didn’t need to rely on unfamiliarity to express themselves. Silent Hill sticks with people because of its masterful exploration of universal facts of life like guilt, death, remorse, and alienation. Its imagery all works to that effect. But as soon as we know what Cthulhu or Azathoth are, they no longer point to the great, inscrutable ‘out there.’

It’s also true that there’s much about Lovecraft’s own work that, let’s face it, was hokey even when he was writing it. His characters were often one-dimensional academics or comically evil scholars of forbidden lore. His prose was verbose and luridly purple, with characters unironically spouting lines like ‘I’ve discovered ancient squamous evils from beyond the boundaries of space and time’ like it was nothing. One of the big mistakes that many Lovecraft games seem to make is that they uncritically pay homage to everything from the Lovecraft tradition, rather than selecting the best bits and ditching the parts that stink.

A good case in point is Amnesia: The Dark Descent. The Dark Descent is an undoubtedly terrifying game. But it’d be interesting to see how many players were scared by the game’s actual story, which read more or less like something out of the pulp outlets Lovecraft used to write for. I’d go out on a limb to say that Amnesia’s success was more down to its atmosphere and how it popularized the idea of a defenseless protagonist, rather than the themes its HPL-pastiche story dealt with.

Gazing into the Void

When Lovecraftian horror games scare, it’s because they tap into the emotion that underlies cosmic horror. Considered narrowly, even cosmic horror itself is a bit dated. It came about at a time when advances in geology, astronomy, and physics were showing people just how old, big, and complex the universe was. Nowadays, these are just commonly known facts. They can’t unnerve us as much. But the feelings cosmic horror inspires are still very relevant. In its most basic, primal sense, cosmic horror is a feeling of insignificance and smallness in the face of things we can have no impact on.

It’s hard to understate just how effective these emotions can be. Despite being an action-RPG, Bloodborne is arguably one of the best Lovecraftian horror stories out there. Although it’s got all the window dressing of a Cthulhu Mythos story, it’s not this that makes it so effective. Instead, it’s the way that the game subtly conveys just how powerless the player is, even whilst they hack their way through Yharnam’s hordes like a badass. The deeper you go, the smaller you realise you are. One of Lovecraft’s finest pieces is his Nyarlathotep, a short prose poem about a nightmarish apocalypse overtaking the world in a way both obscure and terrible. It’s this same sense of crushing doom that pervades Bloodborne. The game throws you into a world that has long since moved beyond human control, and no matter how many beasts you slay or what you choose to do, you come to see that everything is now at the mercy of circles and cycles completely alien to our own. Bloodborne works as a Lovecraftian horror piece not by telling you a story, but by immersing you in the sentiment that Lovecraft’s weird tales sought to evoke.

On the other hand, Amnesia: A Machine for Pigs is a peerless example of a horror game whose narrative nails this feeling of powerlessness without using the Mythos. Here, the horror isn’t some Elder God from outer space, but the technological processes unleashed by mankind itself. It confronts the horrors of industrialism and the inability of the individual to affect the course of history once events have been set in motion. Lovecraft himself was no stranger to this. A conservatively-raised, penniless neurotic, he took refuge in fiction whilst the Nineteenth Century he was born into and loved was bulldozed by a Twentieth that he feared and hated. It may sound like pop psychology (because it is), but it’s not too big a leap to say that many of the ideas about immense and horrifically unstoppable forces may have come from Lovecraft’s own feelings about the modern age. Today, faced with exponential population growth, mass wildlife extinction, and the stark terror of climate change, these feelings certainly haven’t gone away.

Making a terrifying Lovecraft game in a world saturated by his works is hard, but it doesn’t have to be impossible. Whether the game chooses to have tentacles and Elder Gods or not, developers should realize it’s the emotion, not the set dressing, that will linger long after the console has been turned off. 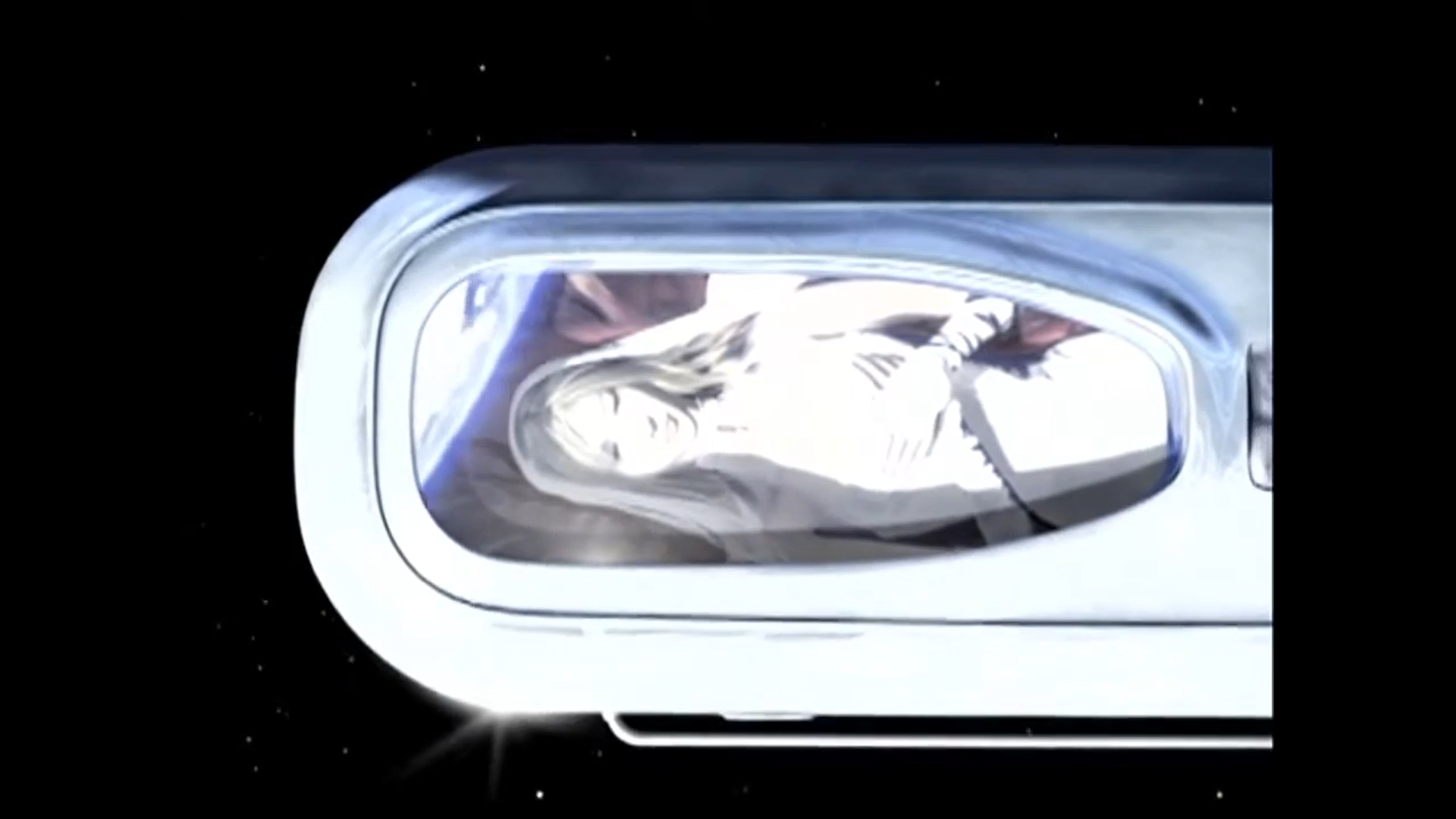 Echo Night: Beyond Captures the Suffering, Sorrowful Side of Ghosts