I rolled out of bed on a chilly November morning, the day before Thanksgiving. I checked my phone as always, and saw a message from DreadXP Head of Productions Ted Hentschke. “JANS! I have the perfect article for you!”. I scrolled down and watched a short video of a Polish fortune-teller named Velessa. Someone had called into her show and asked if Bloober Team was making a new Silent Hill. She did a full reading and declared that it was happening. Dubious, and unable to speak Polish, I reached out to a Polish colleague for translation. At their request, my contact will remain anonymous. They were amiable to my request and provided this broad strokes translation of the reading.

Velessa: Is Bloober Team working on Silent Hill? Yes. Definitely. Some steps were taken, Star Card, definitely. Okay, so first we have Temperance Card: current time might not be too fruitful, but the situation is stable. There’s a harmony in here; something was already achieved, the progress is not extreme, but it’s more about taking it easy. The actions are very tame and quiet, but they are definitely there. Then we have World Card. There might be some interference due to outside influences. Influences from outside, from the environment, but it also can be being too open to other matters. The team might be slightly distracted. But upright [is that the correct tarot term?] World Card also suggest that the perspectives are very good. It says that the doors to success are open.

It can also be about cooperations, international ones or even worldwide. This card speaks about openness, growth or chances for growth. All good things. However, since it’s in obstacle position, it’s about being too distracted. Not enough focus or concentration.

But the final card is King of Coin and that’s a very positive card. It’s a card that speaks about development and growth, about making money, about things going the right direction. It’s a very positive card. I also drew two more cards and they are both just as positive. Knight of Coins speaks about good news and surprises. And the last card is Star Card, card of dreams coming true, so my answer for this question is definitely a positive one. Bloober Team is working on Silent Hill and it’ll be dreams come true for many that wait for it. Star Card is a great card and it gives very positive answers.”

I was intrigued at this point. I followed up with my Polish contact about the role of mysticism in Polish culture. When it comes to Polish mysticism, the only thing I’m familiar with is Jan Blachowicz. Blachowicz, for the unaware, is a Polish light heavyweight champion in the Ultimate Fighting Championship. In his youth, he had discovered the body of a hanged man in the woods. He notified the authorities but kept a length of the rope. He keeps this rope on his person for luck in his fights. Recently, he had golden clasps affixed to either end of the length to make it a bracelet. Whether this works or not is up to you. I will say that he went on a tear in the light heavyweight division, racking up a record of 5 wins 0 losses on his recent run. Last month, he lost his title. Maybe he left the rope at home.

I talked to my contact to ask about the prevalence of mysticism in Polish culture that would fall outside of my personal knowledge of the subject.

“Hm, it’s pretty mild. Like, for years you could occasionally find an office of one on some forgotten street or you had some people giving fortunes, but overall it wasn’t anything anyone paid any mind. But now with rise of this witchy culture, they are getting more and more popular. Oh, there were some fortune tellers in television too, I think but like, you know, late at night, so only the people who wanted to find them could do so.”

“But yeah, this girl got popular because of her IT fortunes.”

The “IT fortunes” she’s referring to is Velessa’s specialty. IT companies, employees, and executives have reached out to Velessa on different occasions. Questions like, “is it wise to develop in Godot in 2021?”, or “Where can I find a data analyst?”. This melding of tech and the occult is what has brought popularity to Velessa; a Silent Hill prediction was not a strange request. At this point, I had no data on the reliability of Velessa’s readings. Research didn’t yield excellent results, but I can understand the appeal. Velessa, like most fortune tellers, deals in cold reading. She makes vague statements that can apply to many different situations. It’s how fortune tellers, psychics, and other “mystics” have operated since time immemorial. I didn’t doubt Velessa, necessarily. I just wanted a second opinion.

Luna has been writing for DreadXP for a bit now, and her knowledge of the arcane and esoteric is, to me, second-to-none. I reached out to get her perspective on the situation.

“I don’t actually have a tarot deck believe it or not, so I’m not too in depth, but I am fairly familiar with most card meanings. I do other divination like bone-throwing, runes, and oracle cards, though” was how she started the good-natured conversation about her craft. I wanted to know how Velessa’s technique stacked up against more primal witchcraft. After confessing that she didn’t own a tarot deck, I asked if she didn’t own them because of any sense of unreliability in telling fortunes. “Not at all. It is however, like all divination. Personally, I take divined readings with a bit of a grain of salt. Sometimes it’s BS, but it’s entertaining. The results are no guarantee, as most know. But it can on-set or spark an idea or thought-process. A subliminal call to action, almost. And not to mention, it’s fun! I think it stacks up just as reliably, if not more so depending on it’s application. Tarot has a certain in-depth lore. A very precise and recorded trail of meanings that can then be used intuitively by the reader. It is another tool of divination, but can be more… complex at Times, I suppose.”

I proposed the idea of Luna going head to head with Polish mysticism, and she was quick to inform me that there was no competition. “Not that it’s a competition! It takes a lot of know how to memorize and read tarot. I’m just curious about my own results, because surely they’ll vary. Hmmm. Plus, it would be a pretty funny article point.”

Understandably, I couldn’t make this a competition. Also, I completely agree that it’s a funny article point. You didn’t expect 2 different readings of the Bloober Team/Silent Hill situation did you?

“So, I decided to do my own in-depth Three Norns cast for the question “Is Bloober Team making Silent Hill?” The Norns (Urðr, Verðandi, and Skuld), or fates in Norse myth, represent the past, present, and future. In a cast like this I take three random runes into my closed hands, and toss them all at once onto my casting surface. I then read them in accordance to their position from left to right. Firstly, in the past we have the cause or motivation behind the core of the question. Here I pulled ᚷ, Gebō, which means gift. It can represent exchanges, partnership, generosity, payment, relationships, contracts, etc. This shows me that first great exchanges, contracts, and payments must be made to even motivate the prospect of Bloober Team making Silent Hill.

Secondly, in the present we have the outcome or current climate surrounding the question. ᚢ, Uruz landed here, meaning wild ox. This rune represents power, strength, untamed potential, wildness, force, vigor, or courage. I read this as a bit more… Negative. I feel it means the current situation, or how it would be received, is too strongly unpredictable to ensure its success. And lastly, in the future, we have the affected results. The rune here is ᚾ, Nauðiz, which means Need. This landed very close to Uruz, and also in it’s facedown murkstave position. This indicates it has the opposite meaning. So it would represent the unnecessary, impatience, a want, blissful ignorance, or something that isn’t a priority. This to me also reads a bit more negatively, especially with this rune landing so close to the rune meaning untamed potential and un-predictableness.”

“Overall, I think this rune cast answered the question “Is Bloober Team making Silent Hill?” with a “No… At least not yet” answer. I read it over all that astounding partnerships, payments, exchanges, and possibly even sacrifices would need to be made to begin something like working on Silent Hill (which is surprising to no one). However, the current time is too unstable to do so. It would take more courage than they could muster to announce working on such a prolific series, primarily because it isn’t entirely necessary or wanted in this exact moment. It isn’t something that needs to be prioritized right now. Bloober still has much work to do for there to be positive potential (though, the potential could be there)“

In the end, I guess even with a Polish mystic and a practitioner of “witchy shit” (Luna’s words) we’re still left with a question that we can’t answer until Bloober Team announces – or doesn’t announce – something. At least we had fun looking into it. 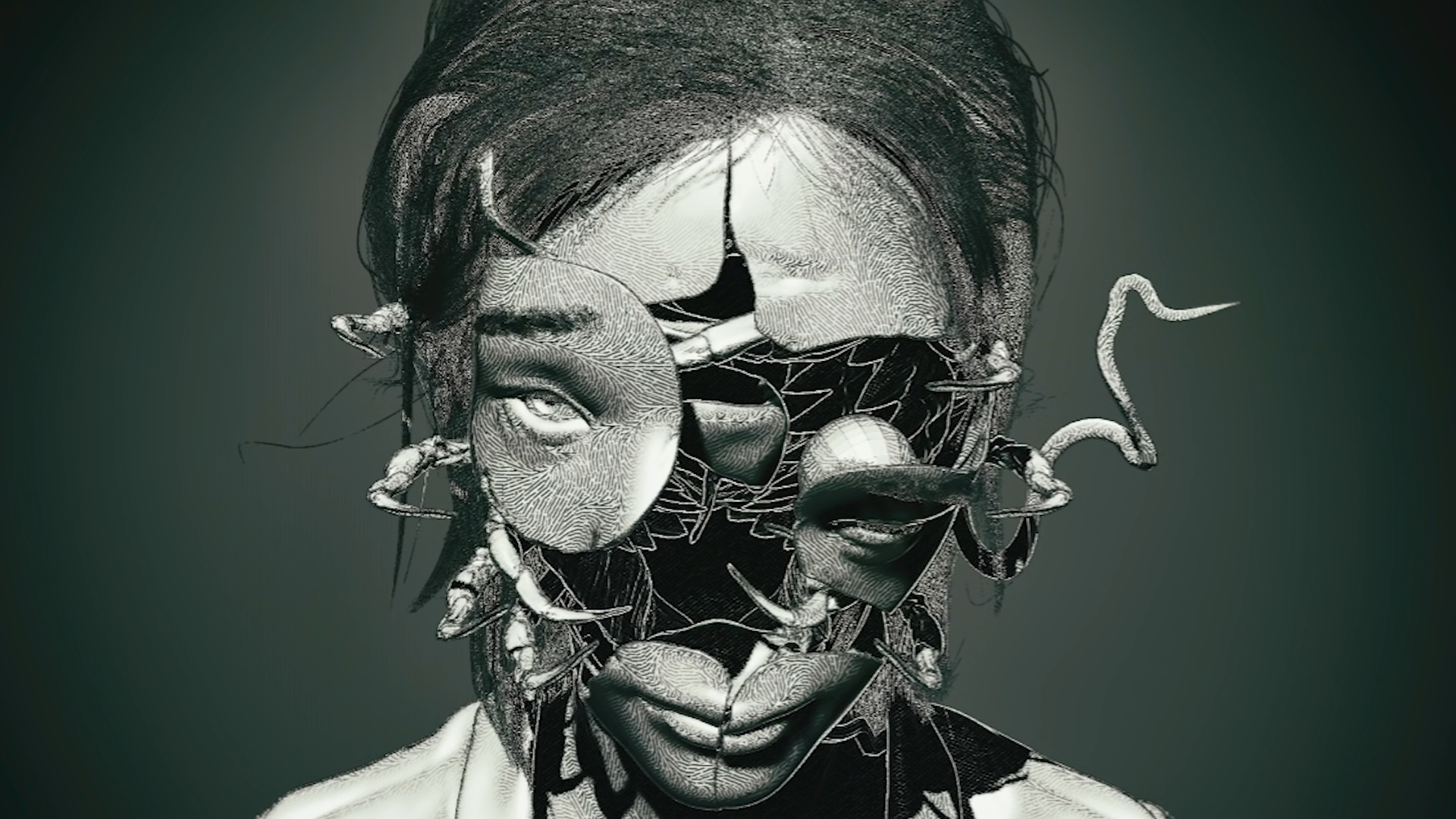