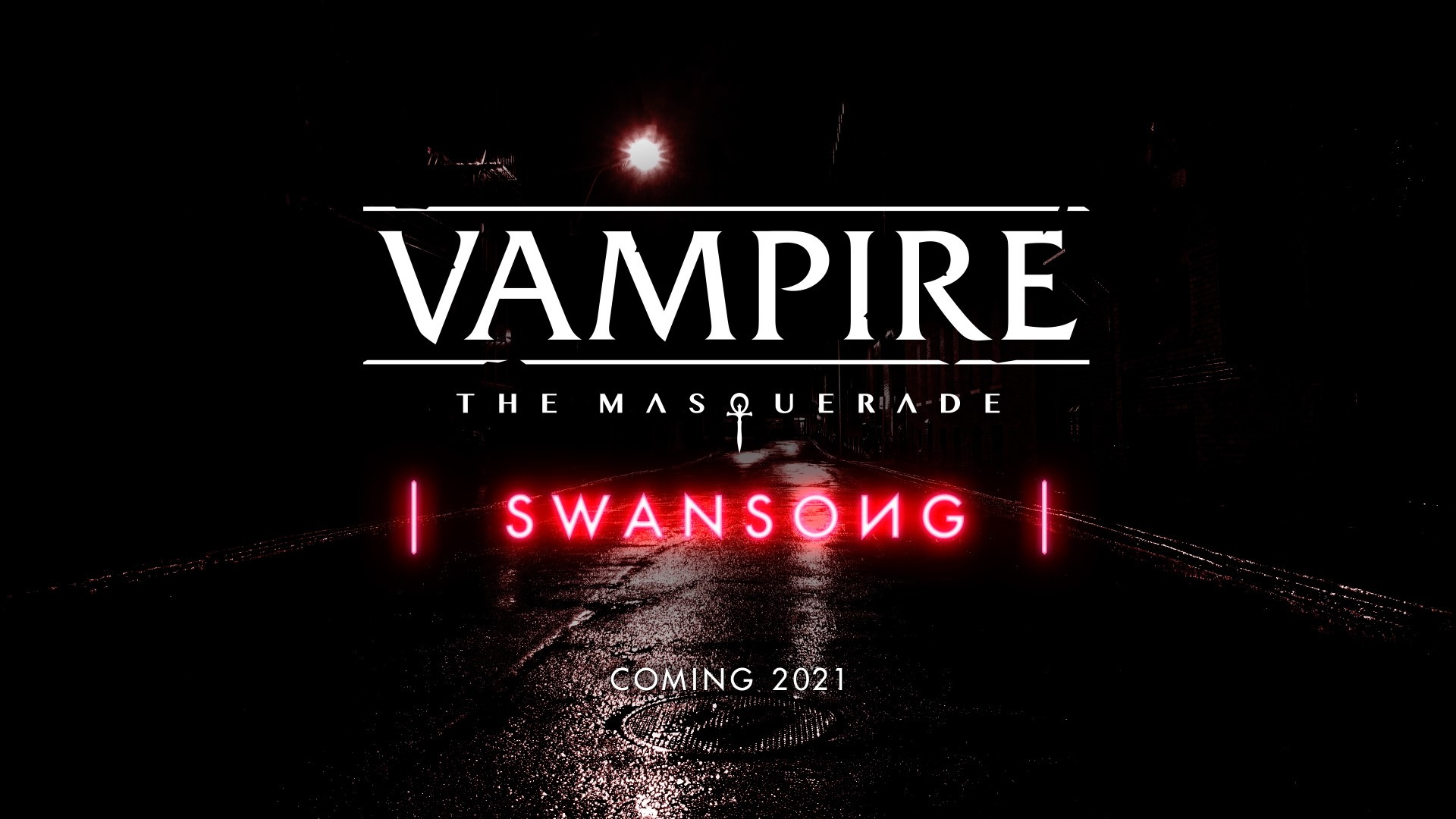 Vampire: The Masquerade fans sure did have a lot to get excited about this weekend. Not only did Vampire: The Masquerade – Bloodlines 2 get pushed back to polish it up (a good thing, in my book,) but two more Vampire games got some floor time. Right after the announcement of fellow World of Darkness game, Werewolf: The Apocalypse – Earthblood, Vampire: The Masquerade – Swansong got its own teaser. Though not much is known about this new RPG based on the the Vampire: The Masquerade 5th Edition, we do know a few things. First off, the game is slated to launch in 2021, meaning we likely won’t see any gameplay for some time. Second, it’s being developed by Big Bad Wolf Studio, the team behind The Council. If you haven’t played The Council, you definitely should. It’s an adventure game that isn’t afraid to put you into hard situations and dead ends. Main characters will die off if you aren’t careful, and the way you specialize can drastically impact your story. With Big Bad Wolf Studio at the wheel, we can definitely assume that this game will focus more on the intrigue than the action.

Check out the official Press Release:

“On the heels of Werewolf: The Apocalypse – Earthblood, Bigben’s catalogue is expanding its presence in The World of Darkness with the production of a new video game based on the famous franchise Vampire: The Masquerade. Already teased at Bigben Week 2019, this new game titled Vampire: The Masquerade – Swansong will release in 2021. It will be developed by Big Bad Wolf studio, a narrative RPG specialist and author of the award-winning game The Council.

Vampire: The Masquerade is the most iconic role-playing game of its generation and sets the standard for many tabletop gamers. The first setting in The World of Darkness universe created by White Wolf Publishing in 1991, Vampire: The Masquerade transposes the vampire myth into modern societies. The player takes control of one of these immortal creatures hiding in the shadows of our cities. They struggle to control their bloodthirsty instincts by leading a life of both predator and outcast, in a world where the boundaries between reality and the supernatural are always blurred. Vampires in the World of Darkness are nothing like the solitary monsters of the ancient legends. They are superior and sophisticated creatures who live among humans behind a shield of secrecy: The Masquerade. Organised into complex secret societies, they create their own laws and are members of distinct clans with contrasting visions of their role in the world.

Thrilled with the success of The Council, Big Bad Wolf studio intends to continue specialising in narrative RPGs, a new genre that they are helping to define with their creations. With this adaptation of Vampire: The Masquerade, the team is working on its most ambitious project. The game will feature a strong story, supported by solid RPG mechanics that respect the rules of the fifth edition of Vampire: The Masquerade and the universe of The World of Darkness.

“At the studio, we’re long-time and passionate fans of the tabletop role-playing game Vampire: The Masquerade. We have wanted to create a video game inspired by this universe for several years now. This project fits perfectly with Bigben’s desire to expand its catalogue of narrative games. We are very happy to be unveiling it together,” says Thomas Veauclin, Creative & Art Director at Big Bad Wolf.

“My past experience as an editor and author of role-playing games, and also as Editor-in-Chief of an RPG magazine, is proof of how important this project means to me personally,” adds Benoit Clerc, Head of Publishing at Bigben.” Just like me, many fans have been waiting a long time for a new adaptation of this cult game, which will be developed by one of the most talented studios of its generation.”

In this narrative RPG adapted from the 5th edition of Vampire: The Masquerade, the player takes control of 3 vampires belonging to different clans of the Camarilla, the secret society to which most vampires belong. Weaving between their intertwined tales, the player has to confront the different points of view of his characters to unravel fact from fiction. With whispers of conspiracy, murder and power struggles, the player must protect his clan, discover the truth and above all enforce the Masquerade, the vampire law designed to conceal the existence of creatures of the night from humans. “

So, what about you folks? Excited for another Vampire: The Masquerade game? You a fan of the tabletop? What World of Darkness IP do you want to see made into a game next? Let me know in the comments!