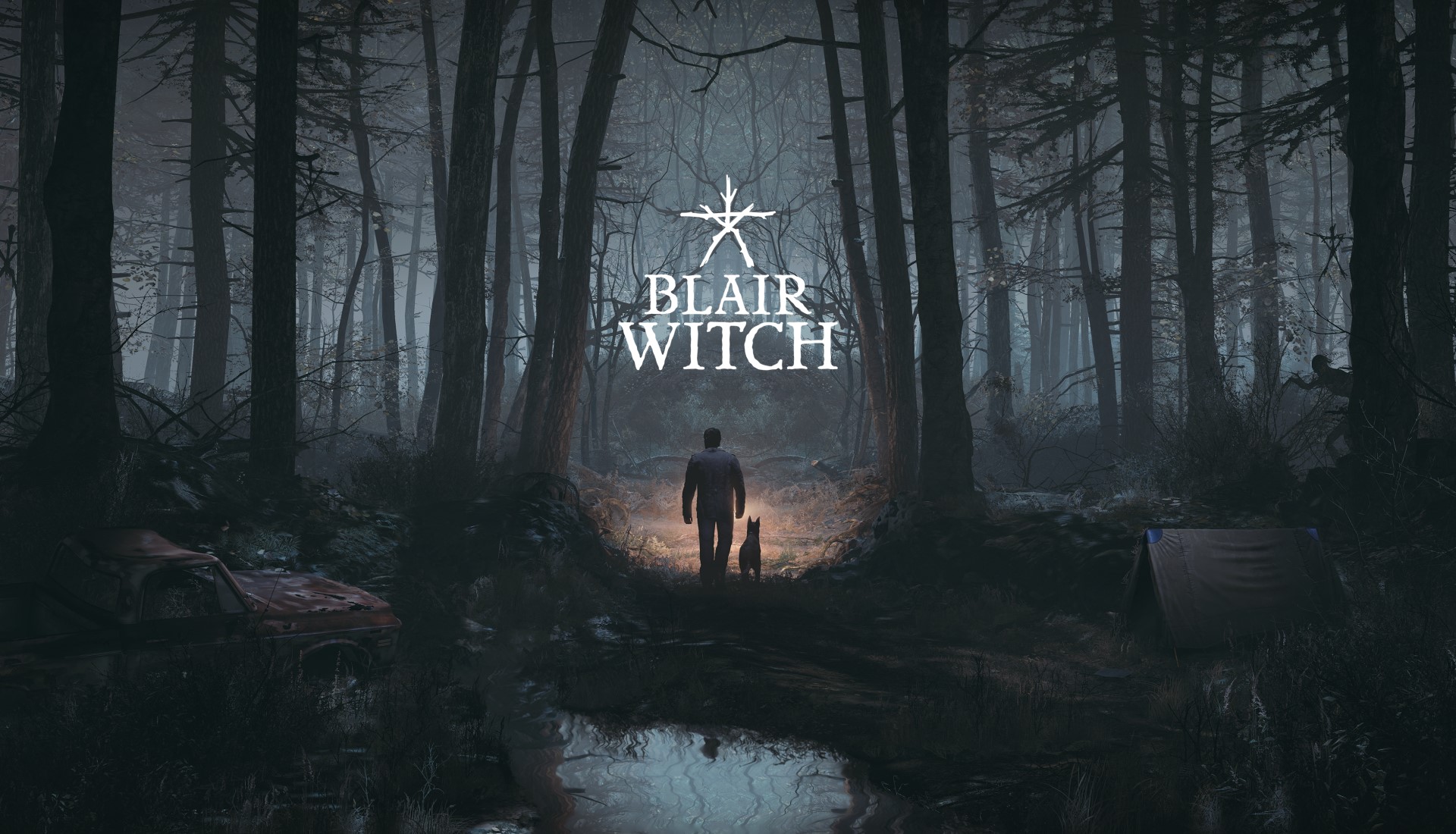 Developed and Published by Bloober Team

Available on PC and Xbox One

There are a lot of good reasons to be cynical about a Blair Witch game. First and foremost, video games based on films have the track record of an oil tanker made out of straw. Not only do they fail, they fail catastrophically. More importantly, it seems like Lionsgate isn’t sure what to do with their franchise. Just think about it: you have the IP rights to one of the most recognizable horror franchises of our generation. Your most recent film can’t break 50 million in box office sales. Those are the kinds of numbers that lead to tearful goodbyes as you shamefully clean out your desk. Cut to a whole boardroom of executives frantically scratching their heads while staring at an empty whiteboard. A loan intern speaks up, “Maybe we make it a video game?” A shadowy figure across the room takes a long draw of his cigar while loosening his tie, “Fuck it, why not. Give it to the spooky hallway people.”

I think it’s important to acknowledge this skepticism before I launch into my overall positive review of the new Blair Witch game. I know plenty of people that are buying this game for the title, but I know even more who refuse to touch it for the same reason. It’s hard to look at a Blair Witch game coming out three years after the most recent film and not think, “Why?” The answer is money of course, but none of that matters if the game turns out to be good. Despite some obvious flaws, Blair Witch is a solid horror game.

In Blair Witch, you play as Ellis, a horror protagonist with a typical horror protagonist mysterious dark past. On the heels of losing his job in law enforcement, he sets out to prove himself by finding a young boy named Peter who got himself lost in the Black Hills Forest. Accompanying Ellis is his faithful companion Bullet, a dog who has no mysterious dark past because he is a good boy. Who’s a good boy? Bullet is! Yes he is! Yes he issssss!

Upon arriving at the entrance to the woods, Ellis finds that the rest of the search party has already gone on without him. He finds a Walkie Talkie, a map of the area with big vague circles, and a picture of the missing boy. Going against the advice of every survival guide ever, he decides to go into the woods alone with no obvious trail or any way to mark his path. Remember kids, if you go for a walk in the forest, be sure to just run in a random direction and spin around a lot.

Whatever, it’s a video game. If you had to worry about how much water was in your bag, then Blair Witch would be every other survival game in the woods. Things start off rather normal, as Bullet hunts around for clues. Mostly, these turn out to be pieces of trash, because Bullet is a good boy and understand that it’s our planet and we have to keep it clean. Extra pets for Bullet. After some snooping around, Bullet find’s Peter’s hat, and you’re off on the hunt. As you trek deeper into the Black Hills Forest, so to do you dive further into madness.

Anyone familiar with Bloober Team knows that this descent into madness is their bread and butter. In that regard, Blair Witch gets to the meat pretty quick. Not 30 minutes into the game you find a camcorder that can alter reality. All-in-all, Ellis deals with this new reality altering ability rather calmly. He’s all, “Woah, I guess I can change reality with my camera. Better see how this plays out.” There are a few other moments in the game where Ellis deals with a fundamental shift in the rules of space and time with a similarly neutral tone. I don’t want to harp on it too much since Blair Witch delivers where it counts, but more than once it broke my immersion.

The camera is just one of many tools that serve not only to help you in your hunt, but evolve Blair Witch‘s story. Ellis has a phone which can be used to make calls, check messages, and even play Snake. There’s also a two-way radio that he uses to keep in contact with the search party. Bullet can smell items to help hunt for more clues or collectibles. Each item can be used at various points to evolve the plot, but  much more can be found if you experiment. There’s a trove of little plot details to be found for people willing to look hard enough. Just opening Ellis’s wallet reveals all sorts of hints into his dark past.

Despite the reality warping, Blair Witch is the most reserved title I’ve seen come out of Bloober Team. There’s barely a jumpscare in the entire game. For most of the game, Blair Witch opts for an overall atmosphere of unease. It’s very hard to explain without spoiling things, but the game shines in these more quiet moments. Stumbling through the woods, hunting for clues with your dog and coming across bizarre landmarks and impossible pathways is the kind of quiet horror I love. At one point I thought I had cleverly found a hidden path, only to find that the pathway looped me around in an impossible manner. I had gone left, and literally ended up to the right of where I started. The sense of bewilderment as I realized what had just happened is the truest representation of the original The Blair Witch Project. There’s no monster nipping at your heels, just a world that defies all logic and reason.

Then, 15 minutes later, you’ll be dodging leaf-monsters while bombs explode around you. Wow, I didn’t realize how hard this game would be to talk about without spoiling things. I’ll just say that Ellis has a lot of skeletons in his closet, and they all have their moments to manifest in Blair Witch. I can see why they would want to spice-up the slow bits with some dank explosions, but these segments were my least favorite. Ironically, I was far less frightened surrounded by hellfire and gunshots than I was in the quiet lonely woods. It doesn’t ruin the pacing and I certainly won’t take points off for having variety, but I can’t help but feel like these segments could have been done more subtly.

Around 70% of your way through, Blair Witch remembers it’s a Bloober Team game and locks you in a spooky house. You’ll open doors that lead to nowhere, turn around and find yourself in a new hallway, hallucinate that the walls are melting, and come face-to-face with dark moments from your past. You just couldn’t help yourself, could you Bloober? In all fairness, you can easily see why. This is the tightest and most tense segment of the game. It’s a well earned reward for trudging through the woods, and a fitting finale. If a Blair Witch story has to end with the spooky house, this is the best way to do it.

Blair Witch only took me a scant 4 hours to beat, which is a letdown for a $30 game. Still, I wouldn’t call it a short game. A big reason I got through it so fast was because I was on a deadline and rushed through a lot of the areas. There’s a lot to explore here, and a ton of hidden secrets to uncover. Once you reach the ending, you’ll learn that there are choices and paths you didn’t even know existed. It’s not as simple between choosing good or bad. It’s the kind of game that demands multiple playthroughs. You can’t say you’ve really “beat it” until you’ve uncovered all the secrets.

That being said, I will say that how you get the “good” ending is bullshit. I’ll have to once again be vague so as not to spoil anything. In a nutshell, getting the good ending requires you not get certain collectibles. For a genre where collectible hunting is the main driving force, using this natural impulse against the player is inane. Once you realize this, you actively feel bad for having put effort into finding things. Making people feel bad for putting in extra effort is a real shitty way to go about player choice.

Aside from those few niggles, I loved Blair Witch. It’s a huge step forward mechanically from Bloober Team’s previous games. Narratively, it’s more grounded than Layers of Fear or Observer. Ellis was well developed, and worked on multiple levels. Ellis isn’t just a single dark moment in his past, but an amalgamation of several moments. As you peel back the layers, you find even more that could possibly have led him to his present predicament. Even after the plot twist is revealed, there’s enough grey area and questions to demand further exploration.

Still, I can’t help but feel like everything I loved about Blair Witch will be what someone else hates. Those used to the more metaphoric narrative of Layers of Fear will likely be put-off by how literal Blair Witch is. People that are used to the thrill-a-minute of Layers of Fear 2 will feel letdown by the more atmospheric approach. Fans of Observer will be sad there’s no organ farms. While the departure from what is expected might ostracize Bloober fans, I feel more impressed that they would take a chance to depart from what they are known into something new. It might not be your cup of tea, but I respect them for it.

You know who won’t be let down, though? Blair Witch film fans. This is the best realization of the Blair Witch world we have seen yet. The Blair Witch game takes all your favorite elements from the films and transforms them into cohesive gameplay. It answers questions from the movies without ever directly referencing them, and builds the world in a believable and exciting manner. Horror game fans should check their expectations at the door, and enjoy Blair Witch for the unique experience it is. Fans of the films should check it out to see their beloved world come to life. For me, I’m just excited to see what comes next.

Great horror game that shatters expectations for games based on movies. The more grounded story is sure to disappoint Bloober fans, but Blair Witch fans will love to see this world fully realized. 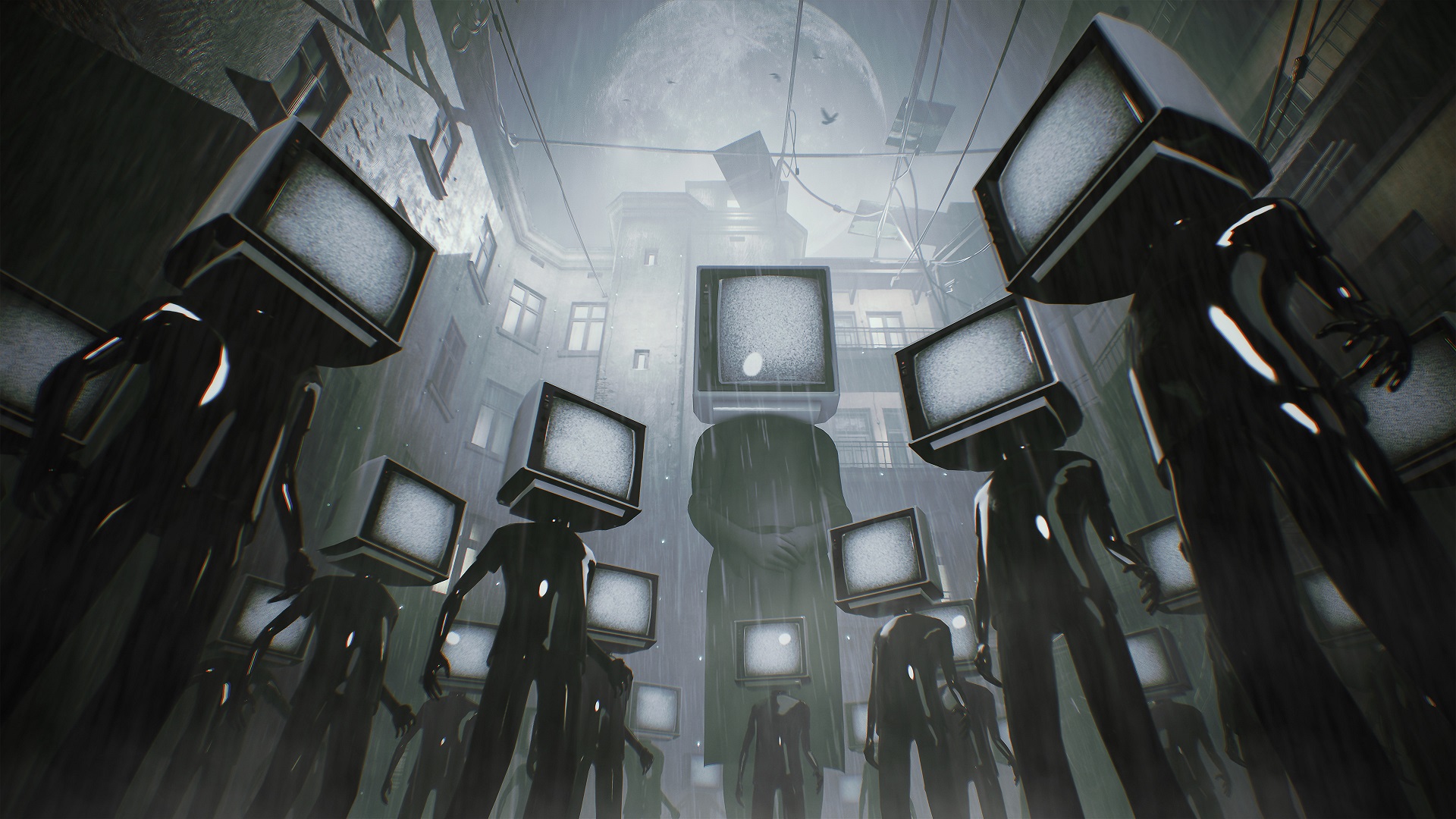