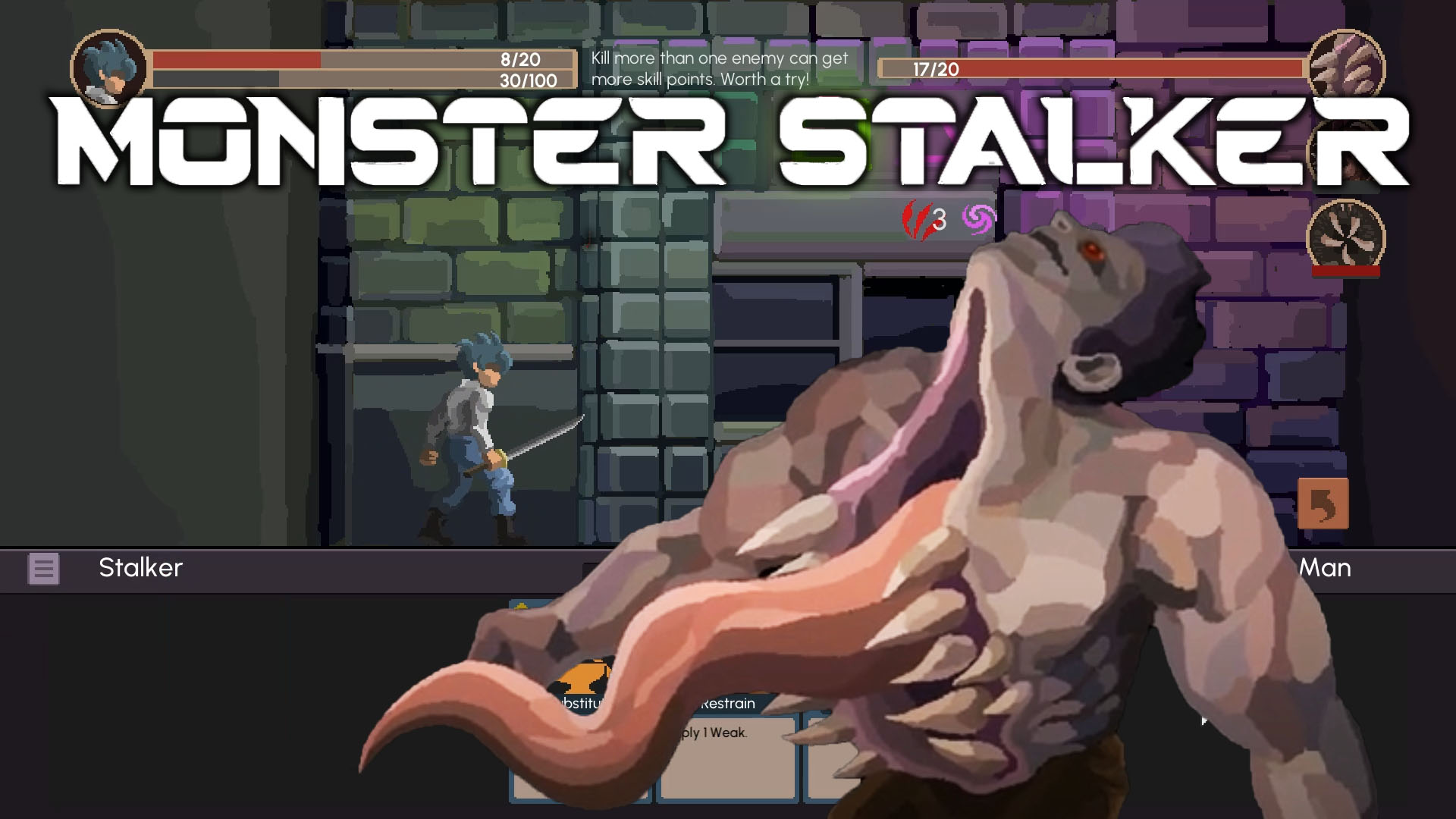 Over the past few years, we have seen a rise in the card battler genre, from Hearthstone, Gwent, Slay The Spire, and my favorite, Inscryption, which just got announced as coming to PlayStation consoles sometime in the future. But very few of them can hold my interest. I’m not sure if it’s because I played a ton of the Pokemon trading card game as a kid, so I’ve just been looking for something to hit that same nostalgia high for me, maybe? It is rare that they hold my attention, not to mention try to tackle horror. Inscryption did a great job of hitting some tense horror with, well, I shouldn’t spoil that. Also, before I get into talking too much about Monster Stalker, I should mention as of right now, it is just the prologue, with more monsters, battles, and cards are promised in the full version.

But I was pursuing through Itch.io while taking a break in the middle of a move, and I happened to come across Monster Stalker, a horror-based card battler. The story seems to have a little loose of a premise, taken directly from the opening splash screen: This is a fantasy world with both technology and supernatural powers. People work hard to develop technology. Meanwhile, few gifted people have supernatural powers. However, the peaceful world doesn’t know a crisis is coming.

Again kind of a blanket futuristic world with horror elements mixed in. As you start, you are given just a brief scenario of leaving a bar with a woman, only to have her change once your out into the dark street. In typical RPG fashion, what happens next is you get thrown into a battle screen. That being said, these battle screens happen to be some of my favorite things to happen with turn-based RPGs. Once in battle, we get to see some awesome animation of the woman turning into a weird body horror monster. It is very The Thing-esque and looks really good in the art style of the developer.

During the battle, you use your cards to heal, attack, and cause status effects like enrage and weak. Each card has a cost, and from what I played, you have the ability to play three cards a turn. I didn’t ever have more than three cards each turn, so I worked out quite nicely. Once you defeat your enemy, you are given money to spend on cards at the shop, cards, and skill points used in this simple skill tree. Skill trees are something in games that usually have trouble finding a balance between being exciting and being enough of a boost to notice. However, Monster Stalker does one thing I have not personally seen before. Its skill tree is just newer, better cards, so as you put points into the trees, you’re unlocking new cards.

As the prologue continues, you’ll have to change your deck around as the further battles are almost boss rushes, which surprisingly work well here. Of course, it helps that the UI is not too cluttered, and it is a very simple pick-up and play style, with no over-complicated rules to learn about weaknesses or resistances. I should also mention there is this techno kind of beat going on while you play that makes it easy to just kind of vibe with. Also, the creature design is unique and really good.

I thoroughly enjoyed my time with Monster Stalker and look forward to the full version. It always surprises me when these fantastic projects and games come out of these small teams and even sometimes, like Monster Stalker, a solo developer. If you enjoy card battlers or even have a few minutes, you should check it out on itch.io and follow the developer 333Ba on Twitter for updates and news on his game!