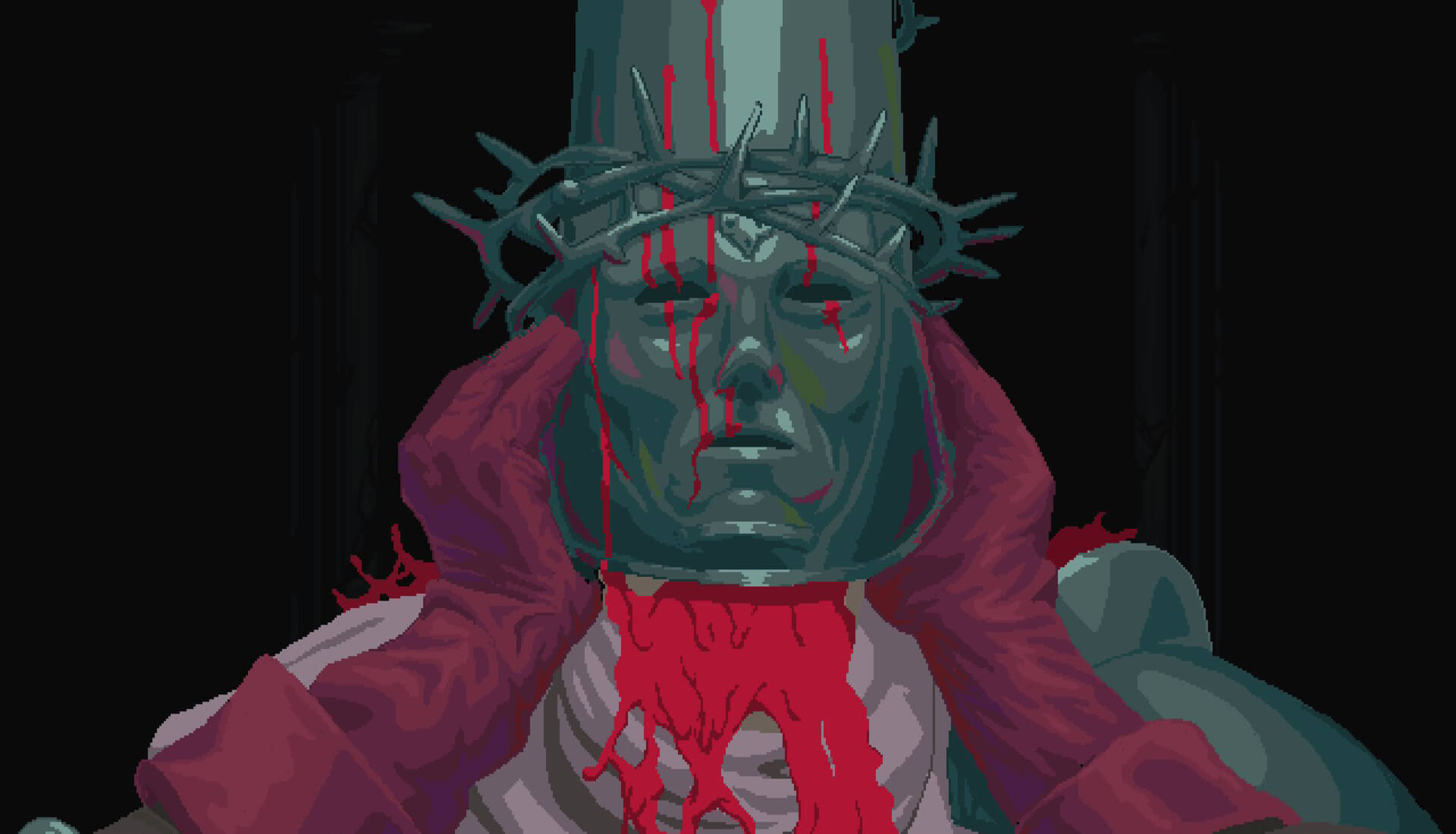 BLASPHEMOUS Looks Like One Of The Most Grotesque Games Of 2019

As lifelong horror gamers, there’s little we see that makes us cringe, but Blasphemous comes pretty damn close. The side-scrolling horror adventure clearly aims to be as grotesque and outrageous as possible, and from what we’ve seen so far, we think it’s safe to say that develop The Game Kitchen succeeded in those areas.

Blasphemous takes place in the land of Orthodoxia, where religion reigns supreme. Playing as a warrior known as The Penitent One, you are tasked with freeing the cursed land from an endless cycle of death and decay bought upon by a dreadful curse. If 2D platformers aren’t really your thing, keep in mind that Blasphemous features non-linear environments, with the player being encouraged to explore different paths along their journey. We’re hesitant to call a 2D game open world, but Blasphemous is about as close as it can come.

The game also features a deep progression system, so RPG fans are in for a good time. The combat is as brutal as you can get, and the creatures you’ll be facing are some of the most horrific you’ll ever see. To get an idea of just how truly nightmarish these enemies are, one of the bosses you’ll need to defeat takes the form of a giant baby with blood oozing from its eyes. Needless to say, this is not a game for the faint of heart.

Funded via Kickstarter, Blasphemous was in development since 2016, and thanks to publisher Team17 Digital Ltd, is now available on PC, PS4, Xbox One, and Switch. So if you can handle an adventure which does not hold back when it comes to obscenity, you might want to give Blasphemous a go.