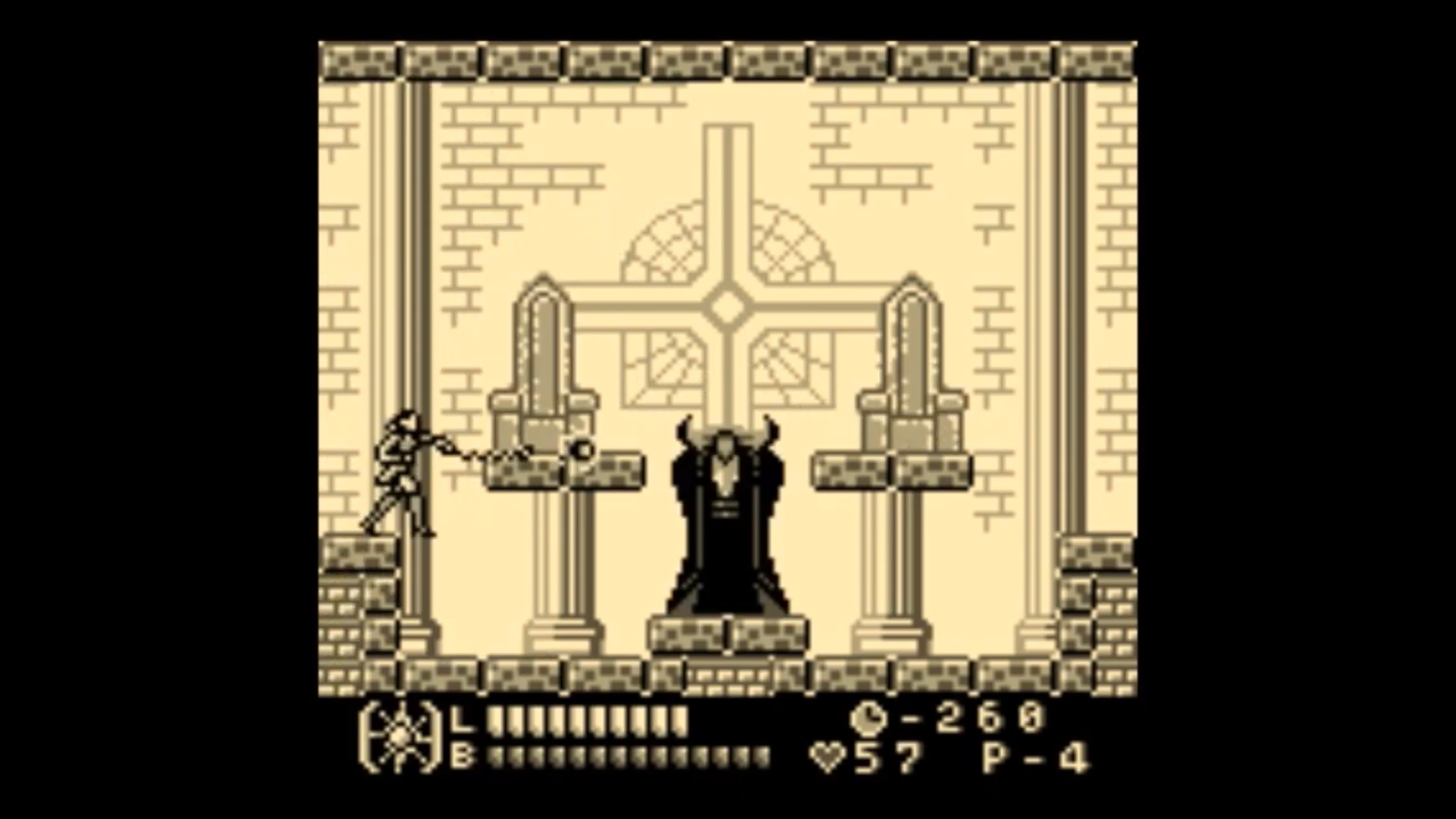 An Australian rating has surfaced for a Castlevania Advance Collection, hinting that some portable Castlevania goodies could be coming our way in the future. I’m thrilled for more of these games to be playable on modern consoles. However, I’m more excited at the idea that maybe Konami will fix a glaring hole in their previous Castlevania collection. I’m talking about the lack of Castlevania Legends, a title in the series that unfairly catches a lot of flak. Its ambition in its action and storyline make it my favorite of the Game Boy Castlevanias, and something that deserves inclusion in these new collections.

This vampire-hunting outing stars Sonia Belmont, and, at the time, was supposed to be an origin story for the entire series. Sonia was to be the original nemesis to Dracula and the first in the Belmont line. She was removed from the series’ official timeline, though. Possibly something to do with her having Alucard’s baby (well, it’s implied if you get the best ending). Although I have next to zero use for an “official timeline” for a series where Dracula revives so much he’s rarely defeated for longer than a holiday weekend.

Anyway, Sonia’s not too keen on a certain Count spreading demonic power throughout Europe. Luckily, she’s got some unique powers to back her up. Castlevania Legends is a rare moment in sidescrolling Castlevanias where the developers were allowed to tinker with the formula. It not only made this a refreshing entry, but also made for one of the more playable titles in the ruthless Game Boy Castlevanias.

Looking at footage, you might have your doubts as you watch her saunter along. The Game Boy Belmonts never seem to be in much of a hurry. They all walk as if they’re trudging through swamps all the time. Sonia seems to move with this same problem. However, she can duck and walk at the same time, something I’d never seen in the series before. Being able to crouch AND move opened up new ways to sneak past enemies. Sure could have used that in some past games.

More importantly, Sonia may be the only Belmont who can change direction in mid-air. The classic side-scrolling Castlevania games make you commit to every jump you take. Once those feet leave the ground, you’re going for the ride no matter what. In Castlevania Legends, you can change your mind and alter your jump. You can also tweak your arc through small movements, making leaping far more precise and useful. It’s small stuff, but makes a huge difference when navigating the game’s dangerous stages.

Bigger stuff involved finally switching up combat. The whip works mostly the same as it had before. Swing and smack things. The Game Boy games let you launch a fireball with every strike, but you’d lose this power when you got hit. The Belmonts walk like they’re constantly plodding through wet concrete, so you tend to get hit a lot. Sonia keeps her fireball ability no matter how often you get hit, though. It makes your life a lot easier when you keep your some projectile powers until you lose a life.

That makes play a bit easier, but the special abilities help even more. Instead of hucking axes or holy water, you’ll unlock a selection of magic powers (Soul Weapons) over the course of the game. Beat a boss, get a new ability. They’re all pretty useful, too. Freezing foes. Fully healing yourself. Blasting everything on-screen. Shooting damamging beams. These powers make life a lot easier as you work your way through Castlevania Legends. They still cost enough hearts that you’ll take care in using them, though. You don’t lose them when you die, too, so you’re less screwed by small screw-ups.

Finally, Sonia can go into Burning Mode once per life. This makes her invincible, lets her walk faster, and increases her damage for a limited time. This lets her just mow through foes and bosses, so it’s great to save for when you’re in a pinch. It also buys you some precious time if you’re about to die. It’s a bit overpowered, honestly, but it saved my life many times during my playthrough. Can’t complain too much.

All of these abilities make Sonia an absolute beast throughout Castlevania Legends. The future Belmonts in the family line should be ashamed of themselves, the weaklings. Her journey is still pretty hard, but she just seems so much better equipped to deal with vampire threats than her grandkids. Increased mobility, a better whip, superior magic, and the ability to relentlessly stomp foes when necessary make her absurdly strong.

Even so, this game felt pretty fair with its challenges. It’s a constant onslaught of foes and traps, so you’ll still wear through your hearts (which fuel Soul Weapons) quickly if you are careless. You still have to be cautious and careful as you progress, but it felt like I always had more options on how to deal with bad situations that most other Castlevania games. Sonia’s just so much more versatile than any of the other Belmonts in the series.

With many other Castlevania titles, it feels like there’s optimum ways to progress. You COULD get by with another plan or special weapon, but it’ll be difficult. Castlevania Legends felt more like it wanted to give the player a variety of tools and options that they could use at will. If a situation got rough, you could try several ways to get out. Freeze foes if they’re about to hit you. Heal if you’re low on health and can’t find food. Blast everything on-screen to get some breathing room. Just duck under something and crawl away. I didn’t feel like I had to quit the game because I lost the good special weapon I had due to a stupid death, which happened often in the earlier games.

While its music is a bit weak (except for the song in the secret level, which rules) and it doesn’t have a place on the ‘official’ timeline, Castlevania Legends is a solid title from the Game Boy era that deserves a home in the modern collections. Its willingness to re-examine what was annoying about the series and try to fix it make it an important entry. That Sonia is just a staggeringly better Belmont than all of the others also means she should be brought out more often (at least her cancelled Dreamcast game resurfaced…sorta). Then maybe you wouldn’t see Dracula resurrecting all the dang time. 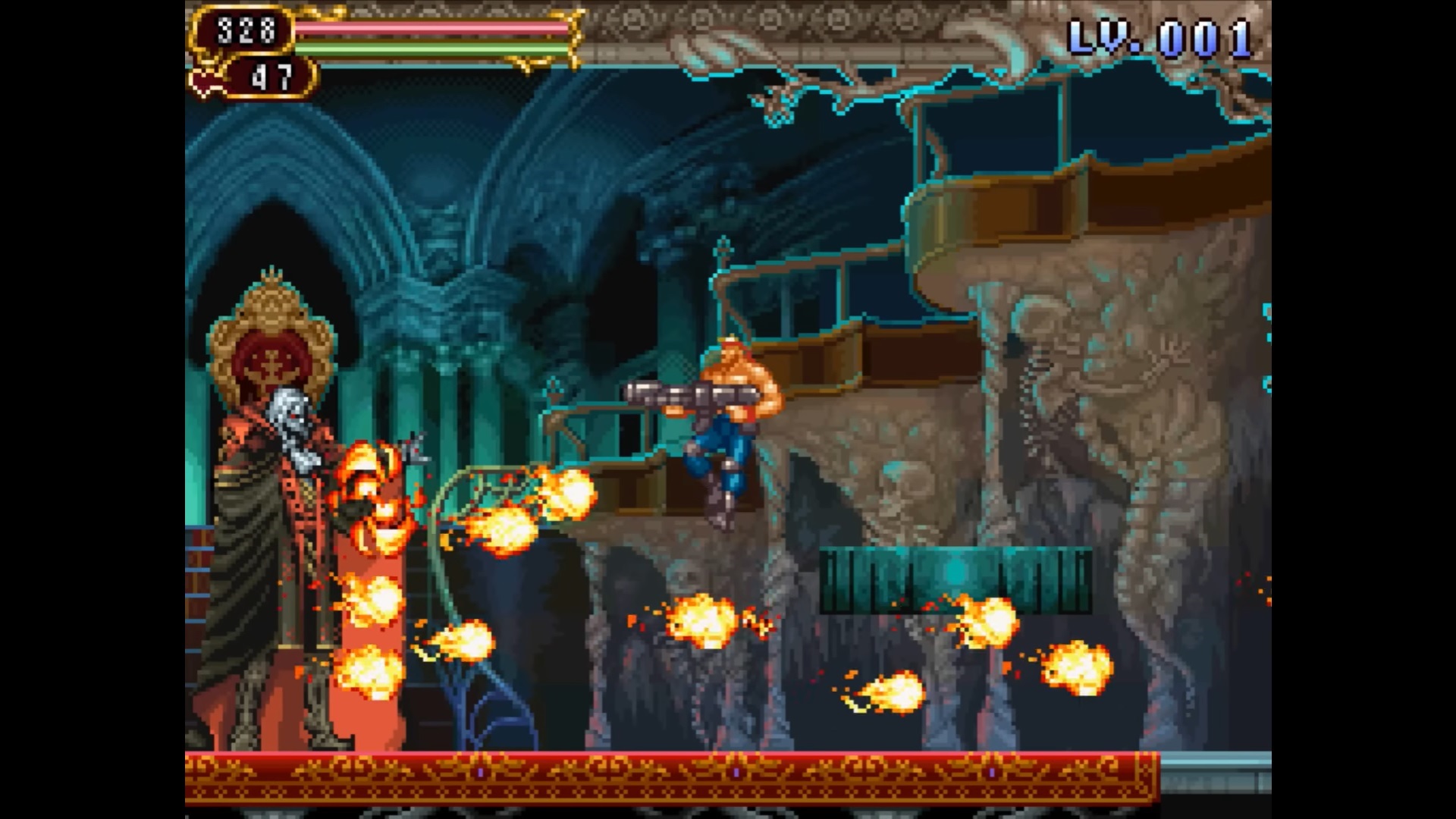