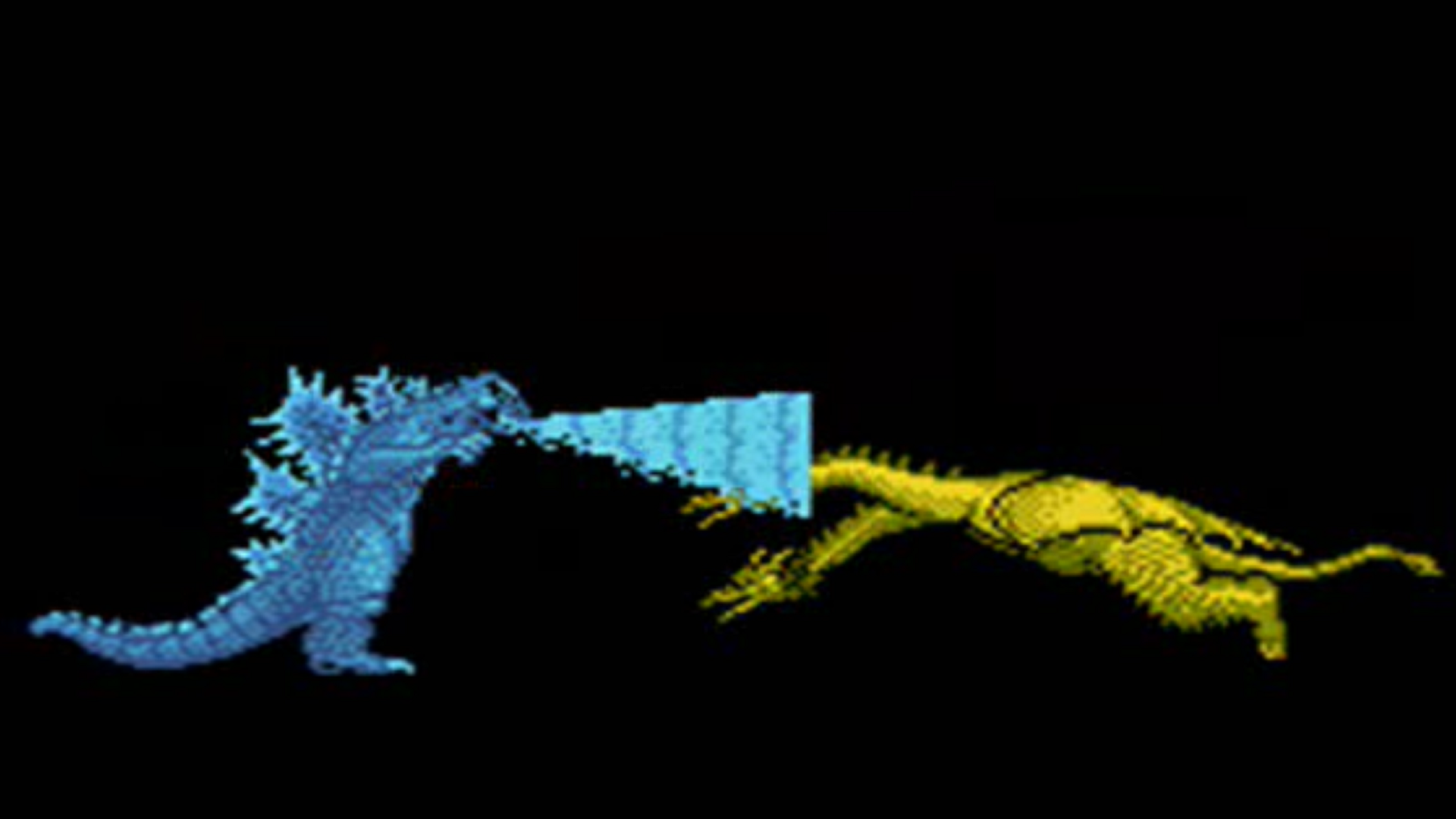 Godzilla: Monster of Monsters is a strange game. Not so much in its gameplay, which sees you beating up colossal monsters from various kaiju movies, stomping your way across Earth and planets beyond. There’s something about this game that unsettles as you explore it, though. Maybe it’s the hostile worlds, where even the ground under your feet lashes out at you. Maybe it’s the downcast tone of the music, which carries this eerie hopelessness.

Whatever it is, this game creates a disturbing atmosphere. One that feels almost accidental. I don’t think its developers set out to create something with a horror vibe, but the resulting game was the sort of thing that feels only natural to inspire a long, complex Creepypasta. It’s a game with a bizarre, sinister air that makes it truly feel like a thing possessed.

I think Godzilla: Monster of Monsters is a solid, if repetitive, action game with some great monster designs. That said, I really don’t like playing it. Something about it exudes an unsettling atmosphere, and I feel really uncomfortable when I play it.

The first thing that gets to me is its visual style. The monsters all look fantastic, don’t get me wrong. Gezora might be a worthless boss, but its flailing tentacles and glaring eye made it feel far more menacing than its abilities could back up. Varan is far more effective, but also looks incredible with its subdued purple spines poking out all over its humanoid body. The monsters are all highly detailed with some striking pixel work.

But then they start moving, and something about it feels off. Their movements are slow and highly telegraphed. It’s like they’re all clumsily trying to move gargantuan bodies, which is pretty impressive for a few reasons. It really gives you a sense of their size as they lumber about. It also captures what their movements looked like in the various kaiju movies, where actors had to swing on their foes while wearing massive rubber suits. As such, the movements in Godzilla: Monster of Monsters really captures that kaiju monster movie vibe, both as a look at how they would realistically move, and also as a nod to the actors who played the monsters.

I said it didn’t feel right, though. Their movements, while interesting on one hand, also feel like fighting in a dream. If you’ve ever had a dream where you were fighting someone, you know what I mean. Trying to throw a punch but feeling like you’re fighting through molasses. Your movements are sluggish, as if you’re trying to trudge through tar. The combat in these games has a similar feel to combat in a nightmare, and from it, I get this sense that I’m fighting in a bad dream. It’s a bizarre feeling to have while awake, but these monster movements just don’t feel right. Something about their actions and movements bother me on some sort of primal level, as if I am both asleep and awake when I play the game.

The visuals of the locations don’t help that feeling. Throughout Godzilla: Monster of Monsters, you cross several planets in the solar system, finally landing on Planet X where you can end the threat of the monsters. Going across the galaxy would lead you to several strange places, sure, but something feels unsettling about the various planets. Like something in the earth itself is out to get you.

Planet Earth is a scorched wasteland. Glowing flames shimmer in the background as you smash flaming birds and ufos from the air. Volcanic eruptions hurtle into the air. Plains filled with tentacles stretch out, misshapen purple beings rushing toward you. And all the while, it looks like Earth and the moon are floating above you, so close it feels like the planet will collide with you at any moment.

It was a bizarre sight when I first looked at it in Godzilla: Monster of Monsters. Why could I see Earth floating above me when I was fighting on Earth? Alternate dimensions? Some mistranslated thing in the manual? The manual explains that you’re moving through “battle stages called Ring Fields provided in interplanetary space,” so you’re not actually on Earth, I guess? I never read that when I played it before, though. So, I felt this sense of delirium as I looked up, seeing the planet I was supposed to be standing on. My perception of space felt broken.

The landscapes themselves are downright bizarre and hostile. Lights glow in the distance, or shimmer up from the ground underfoot. It feels like something is pulsing in the very planet beneath you, with living rock formations lashing out at you. Everything feels both dead and alive, with red stones giving way to unnatural tentacle formations. It gives off this fantastic sense of being on alien worlds, but the sheer hostility of every surface, tree, and mountain, on top of regular enemies, makes it feel like all of reality means to kill you.

Also, when you’re fighting the other monsters in Godzilla: Monster of Monsters, the screen is pitch black save for you and your opponent. Those alien landscapes are completely scoured away, leaving you in a yawning void. It makes sure there’s no clutter to get in the way of the fight. Makes it easy to parse where enemy strikes are coming from. It also makes it feel like reality falls out from underneath you when you encounter a monster. Again, the landscapes seem either hostile or on the verge of destruction, and left me feeling like I couldn’t leave this world fast enough.

The enemies and sights are eerie, but it’s the music that turns this experience into something that feels quietly sinister. The game’s soundtrack is often upbeat, something fitting for an action game about giant monsters. It’s in the boss battles where the music often takes this downcast, depressing turning. Hedorah’s track rolls over you in low tones, seeming like seeping sludge that saps your strength through the music alone. Gezora’s tune feels bleak and hopeless. Baragon’s music moves at a quicker beat, but is like an unrelenting force is washing over you.

The password music for Godzilla: Monster of Monsters is really disturbing, too. It feels like something that should have been in Friday the 13th or some other NES horror title. It feels out of place. Which I think makes it that much more unsettling.

Maybe the developers had set out to capture some of the fear that comes from fighting giant monsters in space. Maybe they didn’t. That said, the game does feel like something scary lies below its surface. Its monster-fighting gameplay has this seam of horror creeping through it. It’s like it doesn’t set out to be completely scary, but just has bits of disturbing imagery, sound, and feeling sprinkled throughout it. From this, it doesn’t feel like something that’s purposely scary, but rather a game that subtly hints at something frightening underneath. It feels like something else is guiding it from within – a thing you only just catch out of the corner of your eye. You feel dread over it, but it’s difficult to explain why. That doesn’t make that fear any less powerful, though.

Perhaps it’s in only hinting at that fear – a fear we can’t easily pinpoint – that we get a sense that something is off. It creates the same fear you feel while walking alone at night. It gives you just enough eerie sounds and visuals for you to doubt your safety, but not enough that you can logically dismiss it. This is where Godzilla: Monster of Monsters truly unsettles me, leaving me feeling like I really shouldn’t be playing it every time I turn it on. 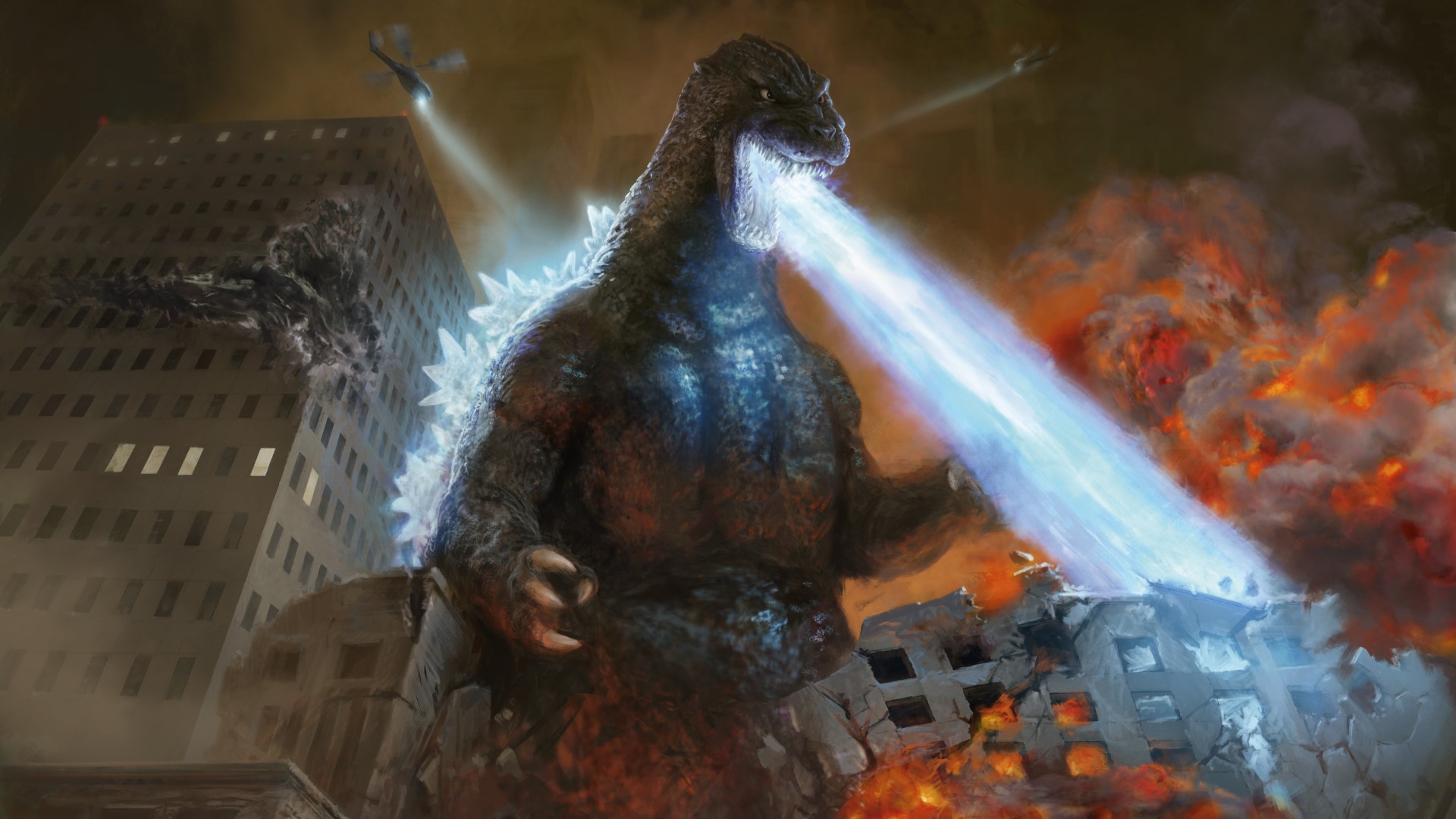 GODZILLA Invades Magic: The Gathering, Destroys Worlds and My Wallet