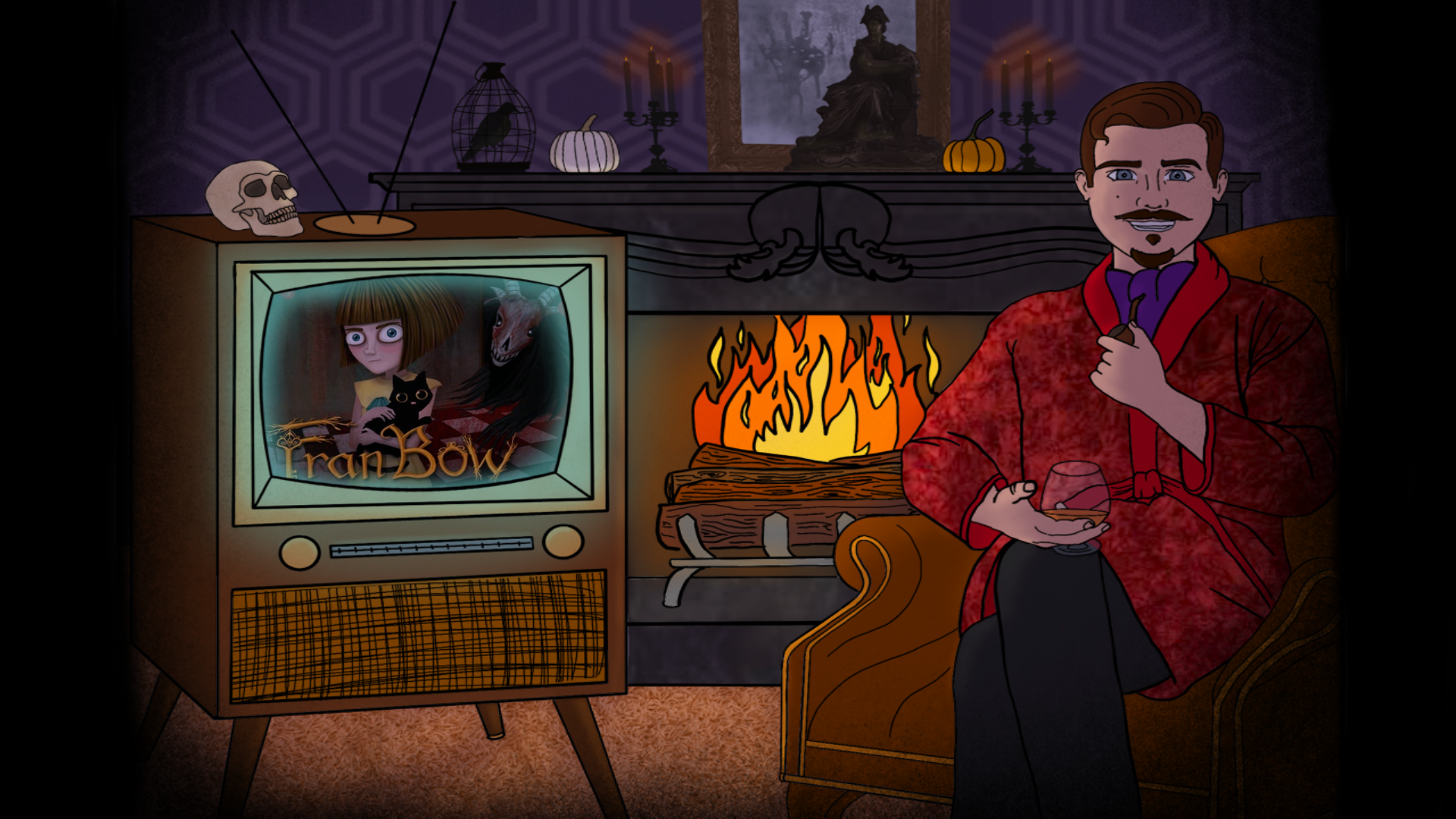 While we get closer to Halloween, I wanted to bring another disturbing game today, but this one is different. It’s presented in such a great art style and reminds me a lot thematically of Wizard of Oz. Today’s game is…

Fran Bow is a dark one! It follows Fran as she has a mental collapse after witnessing the brutal dismemberment of her parents in their home. She runs from the house to a nearby forest to be with her loved cat Mr. Midnight. After passing out from shock, she has a bad dream about her cat. She wakes up in a mental institution and decides to escape to her aunt’s house once she finds her cat. What’s interesting is the horror itself comes from the drugs that her doctor gives her, which causes Fran to hallucinate these weird monstrosities. You’ll come across a few NPCs in your journey that each suffered from their own form of mental distress and are trying to deal with their own psychological trauma.

The gameplay in Fran Bow is along the lines of a few others I’ve mentioned lately. You’ll comb through the environment to find clues and objects to complete puzzles. There are a few minigames peppered throughout Fran Bow. They serve as transitions between chapters. There is a lot here in Fran Bow which looks straight out of a children’s book, which is really strange when compared to its subject matter and themes. But that is part of the reason it works so well.

Really Fran Bow is something special. It touches on some mental issues and has characters trying to genuinely work through their problems and grow as people. Even though it is mixed with this Wizard Of Oz-style world, it has these brutal deaths and a story that has serious character growth. Fran will deserve your time if you haven’t played it yet.