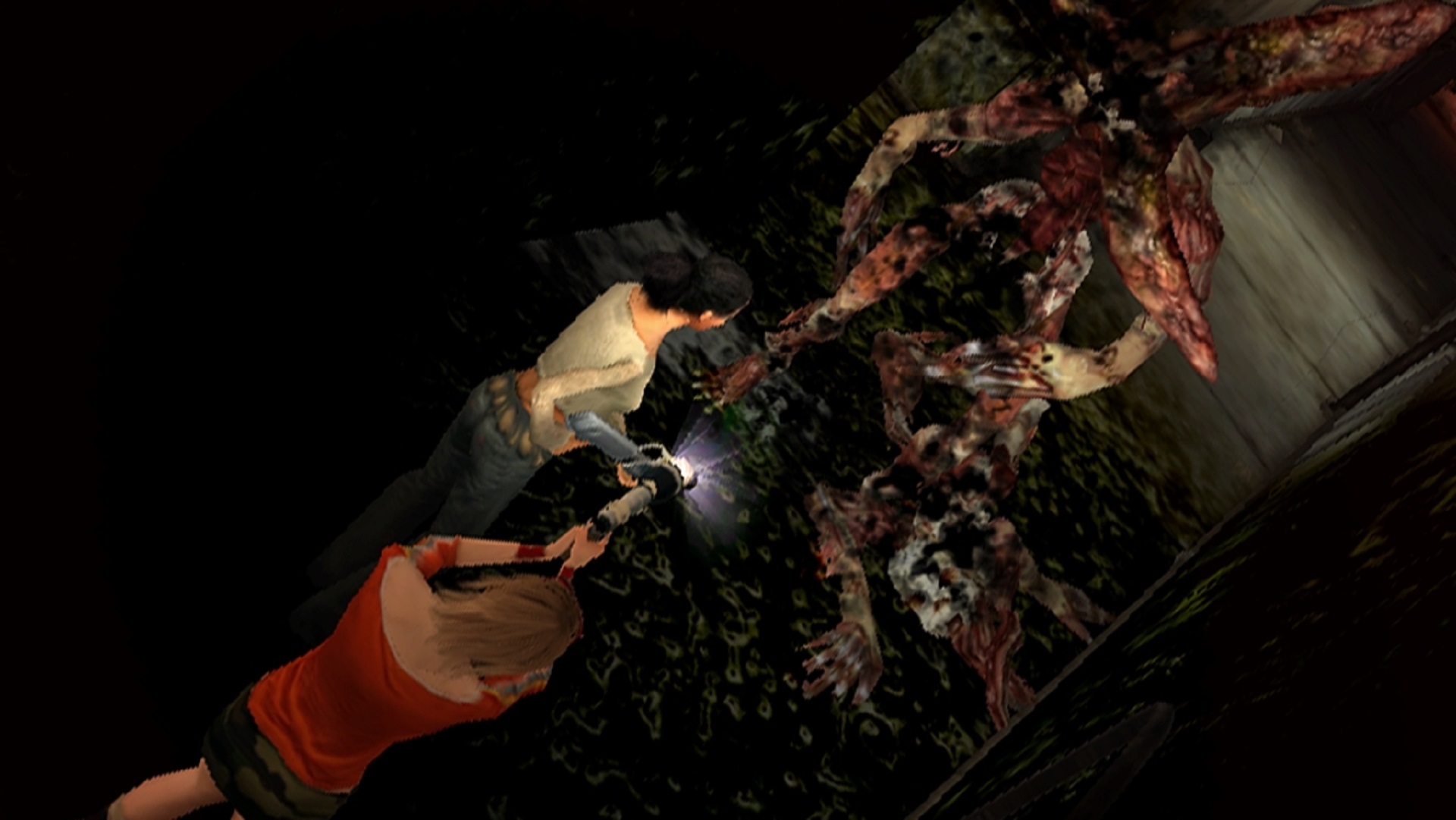 If Fear Street 1994 put you in the mood for gruesome slasher deaths and teens enduring bad times, you may want to grab Obscure. The 2005 horror game sees you guiding a group of (surprisingly competent) teens through Leafmore High School. With such a peaceful-sounding name, you know you’ll be in for a bloodbath. One your own crew may not survive if you’re careless. Or if your co-op buddy is.

There’s been many unexplained disappearances at this high school. Does this make them shut it down? Nah. Keep those kids in school. They’re resilient. It’s something that surprised me back when I originally played it. These days, I’m far less surprised that kids would be sent to school regardless of the dangers involved. Anyway, Kenny, one of your fellow students, decides to chase down his missing gym bag at the school one night, and ends up disappearing himself. So, his sister, girlfriend, and a school newspaper reporter try to find him.

This search doesn’t go well. As it turns out, our missing teens were either devoured by gross mutants or experimented on. Now, those mutants are loose in the halls. Luckily, this school seems to have an excess of handgun bullets and really nice flashlights. As it turns out, the mutants of Obscure don’t much care for light, so a quick burst with a flashlight should calm them down. Then a few whacks with a baseball bat or shots should put them down permanently. It’s not a complex combat system, but one we’d see other games borrow from in the future (Alan Wake cough cough).

This all seems pretty standard for survival horror, but this game did a few neat things that will make it fun for you and your chosen slasher-loving pal. This game features local co-op, letting you control two of the teens with you and a friend. This lets you double up against the weird creatures you face, although you have to share the weapons and flashlights you find. With a need to blast monsters with light and bullets, though, having two people for the job is pretty handy. Be sure to share the items and ammo you find or you won’t live long together, though. The game throws a lot of foes your way, so being a selfish partner doesn’t help. Even if you choose to let the AI play your partner instead of a real person.

It especially causes trouble because our gang of teens can die permanently. Although you can always go back to an old save, I guess. If you keep progressing, though, any teen that dies will stay dead. This adds a great bit of tension to the onslaught of foes you face throughout Obscure. I find that, even if I’m afraid while playing a horror game, I still have this comforting feeling in the back of my mind because death isn’t permanent. Here, though, you can really mess up and kill someone permanently, making things a bit more frightening.

That tension also comes from the fact that the teens all have different abilities and stats. Josh, our reporter, can see important items from further away. Stan can pick locks easily. Shannon is a more effective healer than anyone else. She can also give you hints about puzzles. Ashley has mastered the double tap and can fire two shots quickly. Mauls monsters with the bat as well. Kenny’s tough and can sprint, letting him escape trouble. They all do something unique, so having them around as options can make your life easier.

While losing any one of them isn’t a disaster, it can change the way you play through Obscure. If Ashley drops, then your offensive power will go down. Lose Ashley, and now healing isn’t as effective. If Josh gets devoured, it’s harder to find things. Each of them plays a useful role (sort of like in Sweet Home), so a loss of any of them will make things more challenging. You’re also free to choose who you play as for most of the game, so you may find yourself losing the character you’ve been used to playing with.

I really enjoy this mixture of playfulness and tension. Co-op games often bring out this goofy side of me, even if they’re horror games. Maybe especially if they’re horror games. Messing around in Resident Evil 5 and 6 made for some of the best times I’ve had playing games since it’s just great fun playing with your buddies. If I messed up in those games, we’d just have to roll back to the last checkpoint. Here, though, I could force us to lose a helpful character forever. So, while I was enjoying the gruesome action and co-op fun, there was always that bit of fear that I might get one of the teens killed.

They’d die from some sickening creatures, too. The mutants in Obscure are all pretty messy, gross, and strange. The plant-based experiments that have been carried out on them have resulted in some spectacular, bloated creatures that constantly spew out noxious gases or maggots. They gnash at you with tentacle-filled mouths. There’s some real creativity in their designs, making for some of the more unique monsters I’ve seen over years of playing horror games.

Bringing it all together is the kind of hokey dialogue and absurd plot of a teen-killing slasher movie. Or maybe one of those late 90’s/early 2000’s comedies. The dialogue between the teens feels painfully from that era. Also, the game captures that B Movie feel with its plot about mutants and evil scientists hiding cruel research. The violence is near-constant as you shoot at sickening creatures, you’re always in danger of dying, people are getting killed in gruesome ways all around you, and all the while, these teens spout off goofy one-liners as this dopey plot takes shape. It’s definitely the kind of horror experience that benefits from being shared, making it a perfect local co-op game.

Obscure, with its real sense of danger, silly plot, and co-op play, captures the fun of watching a bunch of teens try to survive a slasher movie with friends. It’s an impressive balancing act where I was smiling and enjoying playing it with friends while also feeling twinges of fear at the idea of losing a character. That it offers all this along with some solid monster designs to shoot at, as well as a creative, if silly, story, it definitely offers a good, gory time. One you can still grab on Steam if you’re not looking to spend a ton on old console copies. 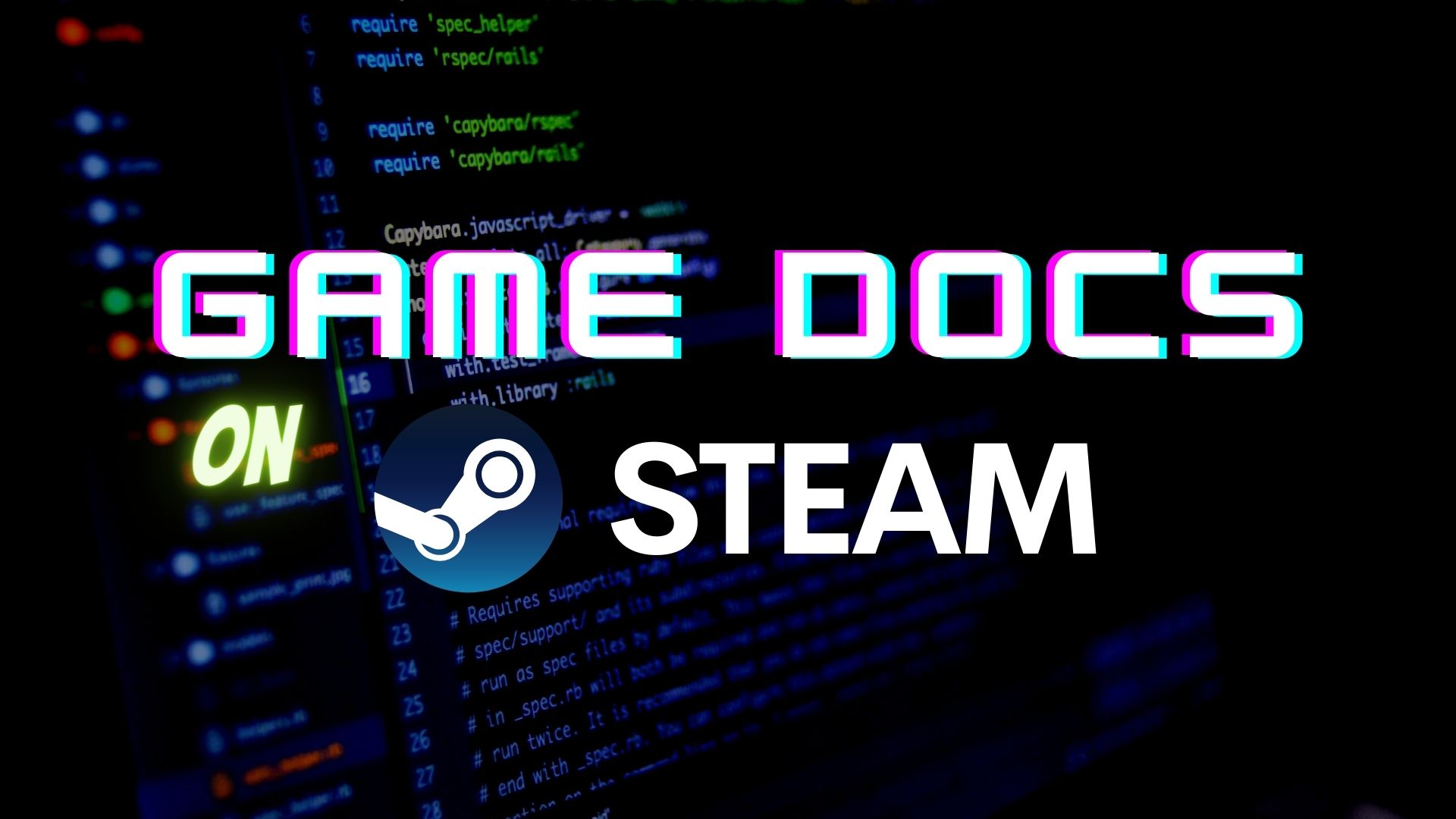 Wales Interactive and Making Horror in a Lock Down