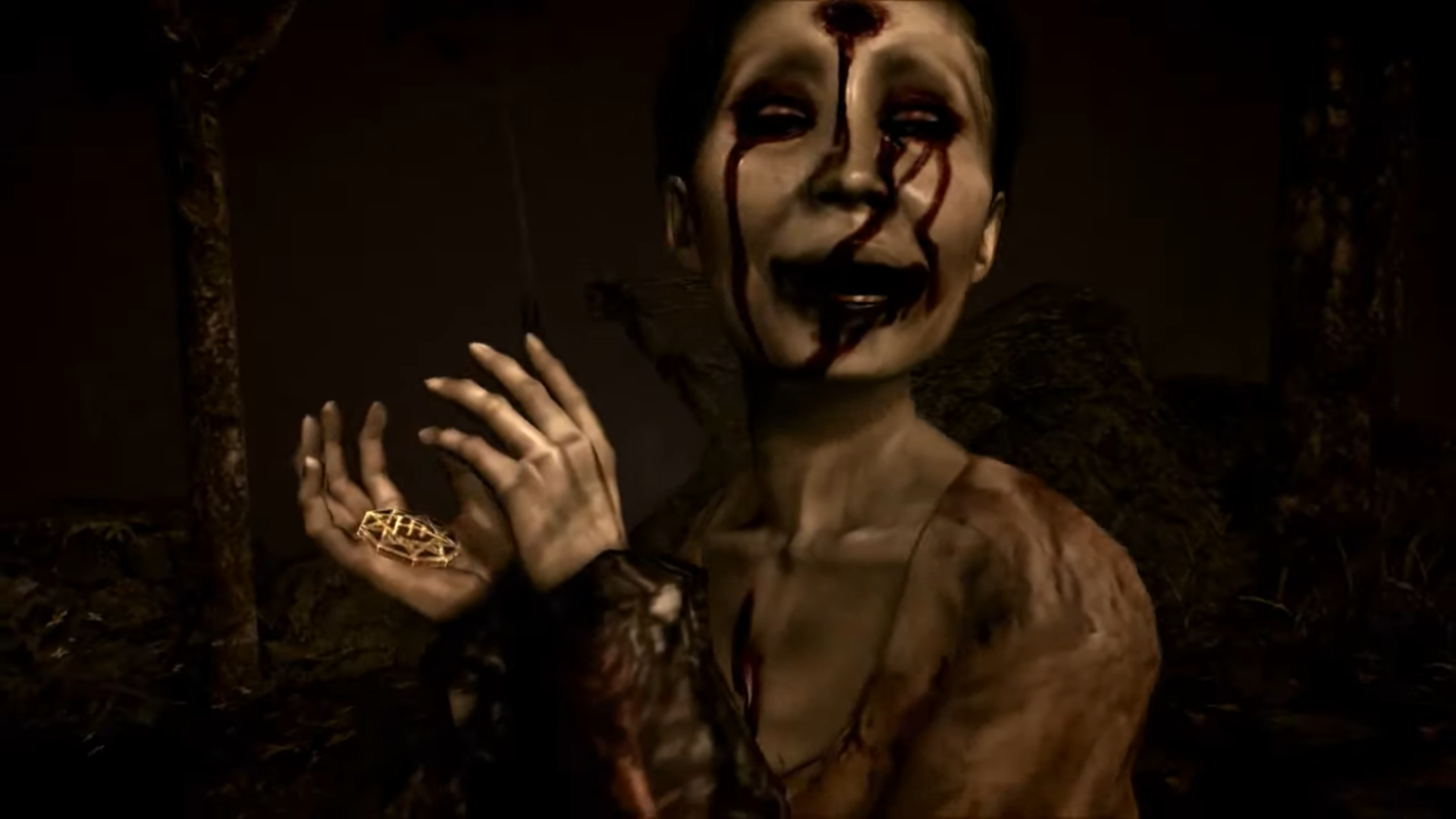 Siren: Blood Curse – A Soon-to-be-Lost Game of Watching Your Own Death

Resident Evil might frighten players by having them watch the approach of lethal undead. Hearing those footsteps. The groans. The outstretched hands that feel far too close. It’s unsettling to watch and listen to those zombies approaching. Siren: Blood Curse (one of the games about to disappear forever now that Sony is closing the online PS3/PSP/Vita storefronts) managed to offer a more gruesome viewpoint, though. Through its sight jacking mechanic, you’ll watch your own unfortunate end through the eyes of the monsters. Oh yeah, their eyes are bleeding, too.

Sight jacking is one of the stranger abilities I’ve ever seen in a horror game, and it forms the crux of this stealth horror game. With it, you can take a moment to look out at the world through the eyes of the game’s monsters, the Shibito. You can look through a few different viewpoints depending on who is close, allowing you to scan for distant enemy patrols to see what they’re doing or where they’re looking. You may even see yourself moments before these lethal monsters see you. Then, you get to watch in horror as these creatures chase you, witnessing your own death through their eyes.

While that sounds like the last thing you’d want to see, you’ll need to look at the world through your enemy’s eyes. That’s because Siren: Blood Curse’s Shibito are frightening foes. Looking at screenshots, they might seem similar to zombies. Maybe not even that, as they look mostly human. A little bloodied up, perhaps, but they just look like regular people. Somewhat more murderous and with blood streaming from their eyes, but human.

This often seems to make them all the more frightening, their staring eyes and seemingly-normal features giving many of them an eerie menace. In all honesty, I find the Shibito utterly terrifying in their normalcy, seeming like your average neighbors who’ve suddenly turned into killers. It makes you feel like the people you walk past every day aren’t that far from turning on you. Kinda like how Fatal Frame‘s ghosts are so chilling in how human they look. Well, except for the grievous wounds.

Unlike mindless zombies that might wander into your gunfire, Siren: Blood Curse is overrun by highly-intelligent monsters with its Shibito. They know how to use guns and weapons. They’re persistent when they catch sight of you. They get help from other Shibito. They’re also unkillable. You can clobber them with your weapons, but after a few minutes, they’ll be back up and looking for you again. Did I mention that these games are absurdly hard? This one is the easiest of them (which isn’t saying much), but you’d better be very, very careful as you play through it. Their ferocity and danger make them all the more terrifying to be around, as does their strength. Knowing you can deal with a zombie or two gives you some confidence when fighting them in Resident Evil. The Shibito will give you no such comfort. You know you’ll die if you alert them.

Adding onto their eerie normalcy, Shibito have very set tasks that they tend to carry out. They dedicate themselves to watching certain paths and places, guarding them without fail. Some patrol the area, looking for anything out of place. Others carry out the tasks they used to while alive, but will come looking for anything that disturbs them. They tend to sit exactly where you need to explore, making it difficult to sneak around them. All while doing something normal, like hammering on a wall. Except they’ll repeat this motion until the end of time. Watching someone endlessly stare into their hands as they tremble makes for a disturbing sight. Knowing how powerful that thing will be if it ever looks up from those hands makes it even more terrifying.

The only solution to dealing with them is using your sight jacking ability in Siren: Blood Curse. With this mechanic, you can take a much-needed look at what your enemy is seeing. This gives you a little edge when you’re skulking around. You can even split your screen and lock a Shibito’s viewpoint so you can keep track of it as you explore. Being able to see what your enemy is looking at is super handy in a stealth game, right?

Now, while this is vital to seeing if you’ve stumbled right into an enemy’s sight line, it has an added effect of making the Shibito even more unsettling. Part of this comes from seeing things through your enemy’s eyes. As such, you can really tell when one of the monsters has taken notice of you. This is because the creatures are usually doing something like looking around, wandering, or carrying out some strange action. Seeing them stop, their attention turning from their task to your direction, is always terrifying.

There’s something about watching that shift in view that always sends a chill down my spine throughout Siren: Blood Curse. Knowing the exact moment you messed up and got the creature’s attention, combined with knowing how unstoppable it is, leads to these moments where you can pinpoint your fear spiking. You are given these precise moments of knowing when an enemy is about to come tearing after you. Then, when the Shibito’s sight fills with a red tinge and they start howling and screaming as they come after you, you feel an immense fear as you watch them close the distance as you struggle to stay ahead of them.

Getting attacked or chased is massively frightening. Like I said earlier, these creatures are persistent, and will follow you until you lose them. That’s often difficult in the maze-like environments of the game’s decaying locations and ruined paths. So, it’s really hard to get away from the monsters. They’re incredibly durable as well, so you never really feel like you can fight back, either. Most of the time you’re exploring, you can’t help but focus on how much danger you’ll be in if a Shibito sees you.

So, you look through a Shibito’s eyes. Watch them stare into the distance, knowing a clever, dangerous mind still exists within them. You know that they’re trapped in this endless task until you break them from it, hinting at the horrible fate they’re suffering from. Endless hunger for flesh is one thing, but an eternity stuck in your own head? A task to repeat forever? It’s a frightening thought. Maybe even one that will make you pity the enemies of Siren: Blood Curse.

I never feel that pity for long. Not as I creep along the peripheral of a Shibito’s view, seeing how close I am to being seen. You get to see yourself narrowly get caught or narrowly sneak by, and you feel every instant as you see yourself moving in your enemy’s eyes. It makes sneaking so much more intense when you know how close you’re coming to getting caught. Then, if you do catch that shift in the Shibito’s demeanor, you get to feel that intense sense of helplessness as your mind screams that you’re going to die.

The Shibito make for a terrifying foe in Siren: Blood Curse. They’re strong, clever, and relentless, making them exceedingly dangerous to sneak around. It’s bad enough to know these things are after you, but with the sight jacking mechanic, things are so much worse. You watch yourself sneak by from your enemy’s viewpoint. Observe as the enemies act in strange, unsettling ways. Catch the moment they stop, their eyes turning your way. Then, you watch as they bear down on you, baying and roaring in a display that made for some of the most frightening chases I’ve ever experienced in a horror game. It’s an absolute crime that this game is going to disappear, and horror fans owe it to themselves to grab it before it fades away.