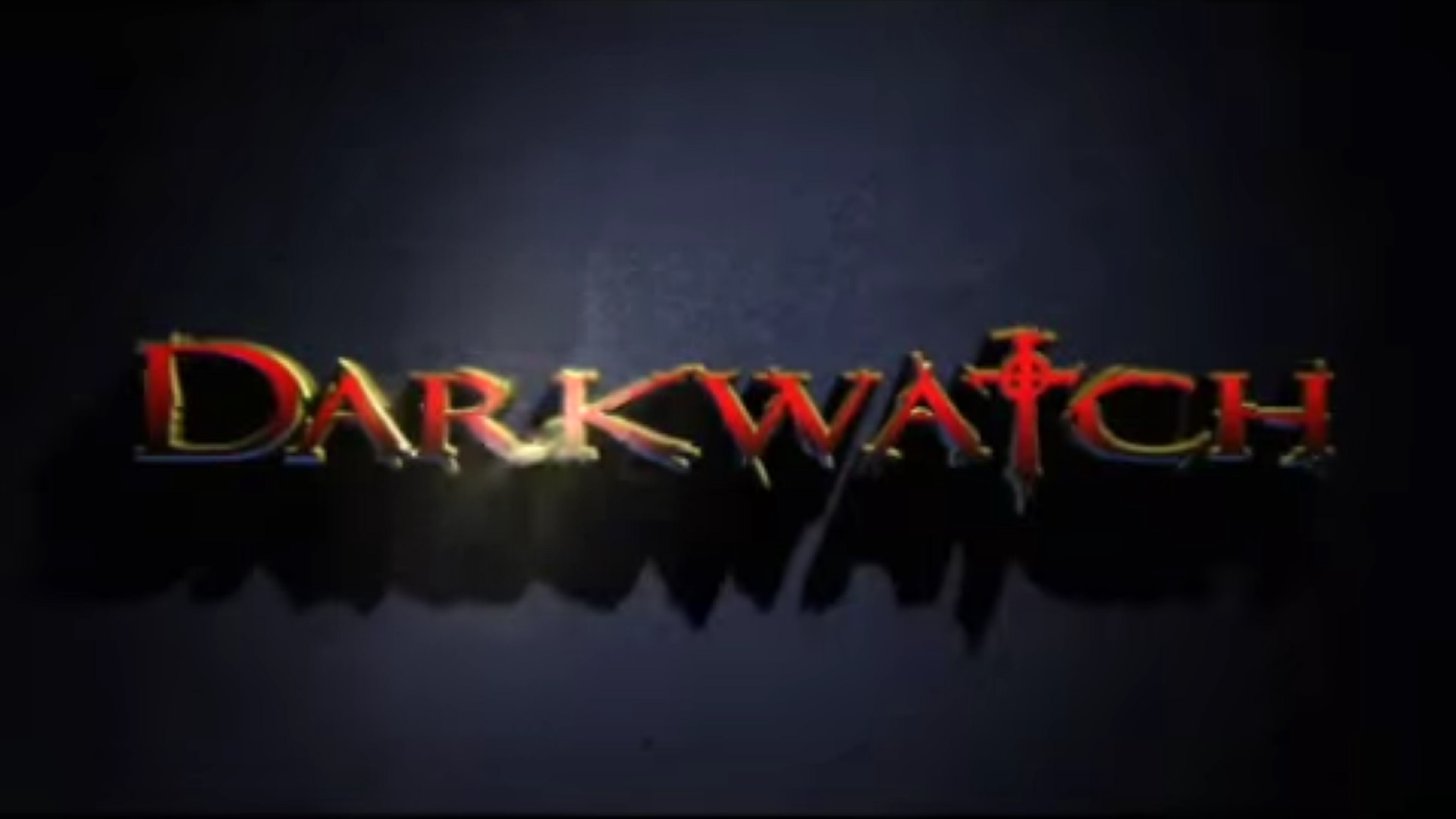 The Art of Fear: A Chat with Concept Artist Farzad Varahramyan

Concept artists are one of the game’s industry’s vital components, responsible for fleshing out the world and visuals of a game. Enemies, characters, environments, and weapons; all these and more are often drawn by a talented artist or team of artists before production begins to nail down the ever-important look and feel of a game. We decided to reach out to Farzad Varahramyan, one such wizard of the drawing tablet whose career has often taken a turn into the suitably spooky. Visual Director and Co-Founder of the awesome Wild West action-horror FPS Darkwatch (which you can read more about here), Farzad has also worked on creature design for the Alien vs. Predator movie series, The Vampire’s Assistant, and 2011’s The Thing prequel. We caught up with him to talk about his history with horror, creating creepy creatures, and his thoughts on the horror genre at large.

How did you first get involved in videogame art?

Well, I was recruited right out of college, or just before graduating actually. One of my instructors was Stan Liu, a fun, enthusiastic, and great digital 3D teacher in the early ‘90s. 3D CG development was relatively new still, and Stan was an early adopter with his own digital 3D animation and FX studio.

Stan had just secured about $2 million (it was a lot at the time) from Sony to produce his studio’s first video game for the PS1. It was a big deal at the time, and he wanted a full-time concept artist to do the whole visual design of this game. He apparently had his eye on me ever since I took his intro to 3D class. CG 3D was not my passion; concept art was, but he followed my progress at school and hired me to be his first concept artist. I was thrilled and that’s how it all began.

You worked on the PS2 horror action shooter Darkwatch by High Moon Studios. Can you talk a bit about that project?

Darkwatch and that whole period of establishing and building out the studio that eventually became High Moon was an incredible period of personal growth and professional adventure.

Chris Ulm, Emmanuel Valdez, Paul O’Connor, and I co-created Darkwatch. An FPS was not on our list of original game IPs we were developing, nor had any of us done an FPS before; it was an exciting choice inspired by the fun we were having playing HALO, which had just launched.

The dark Gothic West we ended up with developed over time. First, it was a Wild West shooter with high-powered weapons and quirky storylines that initially were more steampunk. Then we started entertaining the idea that it was vampires and the undead in the Old West, which made for enemies that were much more fun to shoot.

Lastly, the movie Wild Wild West with Will Smith came out. It was a steampunk western and it bombed. It was too close for comfort for us, and it was going to make our parent company very nervous. So we preemptively started to rethink steampunk – I believe it was Chris that came up with the dark Gothic angle. As a team we developed and refined the secret organization that became the titular Darkwatch and how it protected humanity for many millennia against the vampires and the forces of the undead.

You’ve done a lot of work in the horror space; not only Darkwatch, but also a number of films including Alien vs. Predator and 2011’s The Thing prequel. What is it about horror that appeals to you?

To be honest, I’m not a big fan of horror… can I say that?

However, I do love a great monster or creature film, and for personal interest and passion, I do love designing creatures and monsters. I think the reason is that creature and monster designs are a fun challenge. You are potentially creating a being that did not exist before, but that has a life cycle, a story, a reason for being, and a logic to how it exists/behaves, and all those facets have to be reflected in some way in the visual design of this being.

It goes back to my passion for creating worlds and how everything fits together for it to make sense for that world. Well, a creature or monster is a condensed micro-package of all the same attributes that need to be explored, developed, and balanced visually to suit the story/experience of a film, game, animation, comic book, etc.

What are your main inspirations as an artist? Whose work do you admire?

I’m not a monster historian or expert, but for me personally, there are several designers I admire for their monster designs. They did not recycle the same tropes but created signature beings that are being emulated over and over to this day. These are obvious and familiar choices, and you’ll know why:

– HR Giger for the Alien. A singular vision that has not been repeated.

– Stan Winston and his talented team for Predator and Terminator.

– Rob Bottin for his pure horror nightmarish creature designs and FX for The Thing.

– I don’t know who did the makeup design, but Max Shreck’s depiction of Count Orlok – aka Nosferatu – is another foundational design that set and influenced countless vampire designs that have followed since.

What do you think makes a good piece of horror art?

I think there’s something about it that we relate to… a horrible dark detail of it that touches us on a base level. I also think it varies from viewer to viewer, but the great designs tap into that part that is shared by most. For example; regular circus clown paintings truly frighten a small percentage of the population. When you see a Giger painting of the Alien, that creature design almost universally evokes an innate fright in most of us when seen for the first time, but we also can’t look away.

If we’re talking about horror art, it is also more about what we leave out, to the viewer’s imagination, than what we leave in. We usually tend to very efficiently fill in the blanks with our own personal horrors. If I’m looking down a pitch-black hallway, I’m truly horrified by what I imagine may be lurking in the shadows… and it could just be a pair of small identical twin girls that step into the light.

Similarly, what do you think makes for a cool looking monster?

Every monster design requires different visual demands depending on what medium it’s in and what its purpose is. One way to approach a monster design, I think, is to consider what you’re trying to say or do with it. I think it’s also a matter of resisting the desire to throw everything and the kitchen sink in there. More does not always mean better.

Don’t misunderstand me; a great monster design can have a lot of details, but the details are all ultimately balanced, cohesive, subservient, and compliment the one true core frightful concept for that monster. For example, every detail on a Predator tells the same story: this is a pure predator, a hunter, and deadly. Oh! – and you can’t see it sneaking up on you because it can blend into any environment… this creature is that one singular horrifying thing: a top-of-the-food-chain creature you can’t see coming for you.

On a purely practical design level, a ‘cool’ looking monster has a unique silhouette if backlit. It’s not an absolute, because for example in film or television some monsters will appear normal until they step into the light. But for games, a silhouette matters a great deal.

If you could make your own horror game, what would it be?

I would call up Chris Ulm, Emmanuel Valdez, Paul O’Connor and I would tell them “Hey, we just got the intellectual rights to Darkwatch and we’re making Darkwatch 2 finally!!!” 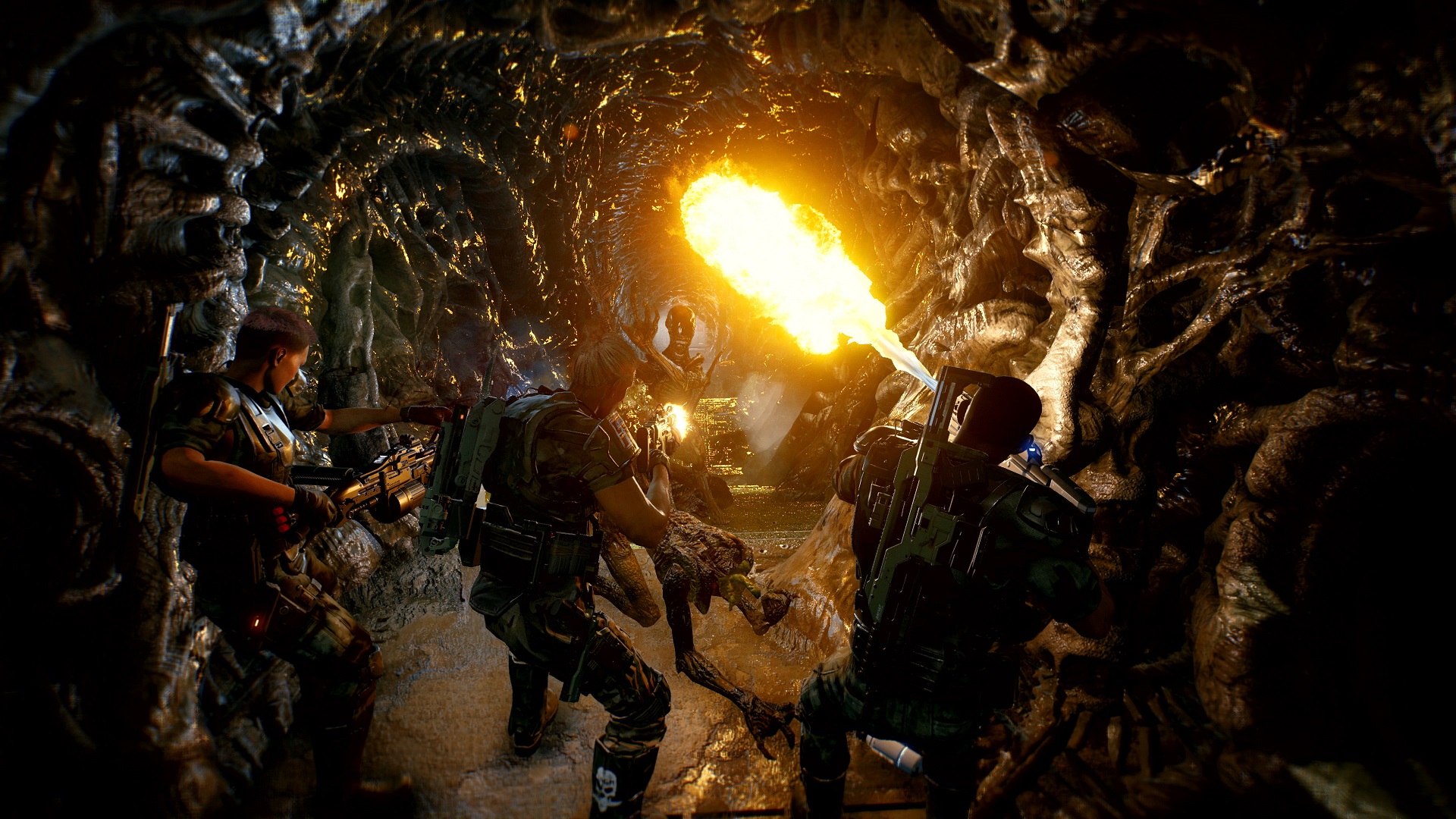