Be More Equal Than Others In Orwell’s Animal Farm, Coming This December

A visual novel based on Animal Farm may seem like a strange move, and it may seem even stranger to cover it for a horror site. But there’s nothing more terrifying than a revolution being ruined by a totalitarian dictator, as Orwell’s Animal Farm will show when it launches on December 10th.

The game is based on the 1945 classic of the same name. It follows a group of animals that, mistreated by their human owners, decide to throw them out and take over their farm. The revolution is generally led by two pigs: Snowball and Napoleon. The subcontext of the book is rather obvious, with Snowball being based on Leon Trotsky and Napoleon on Joseph Stalin. The whole book is a lot of metaphors, and its considered a classic for a reason.

As for the game, it’s more of a branching path visual novel. Orwell’s Animal Farm will contain situations like those in the book, but you will also be able to change some of the outcomes. The goal is to update the situations to match current 2020 events. You also need to fight back against humanity, needing to build up the farm’s defenses and send out troops to fight. All of this is narrated by Abubakar Salim, who was the voice of Bayek in Assassin’s Creed: Origins.

If all this sounds good to you, then you can grab Orwell’s Animal Farm on PC or mobile devices starting on December 10th. You can add the game to your wishlist here. 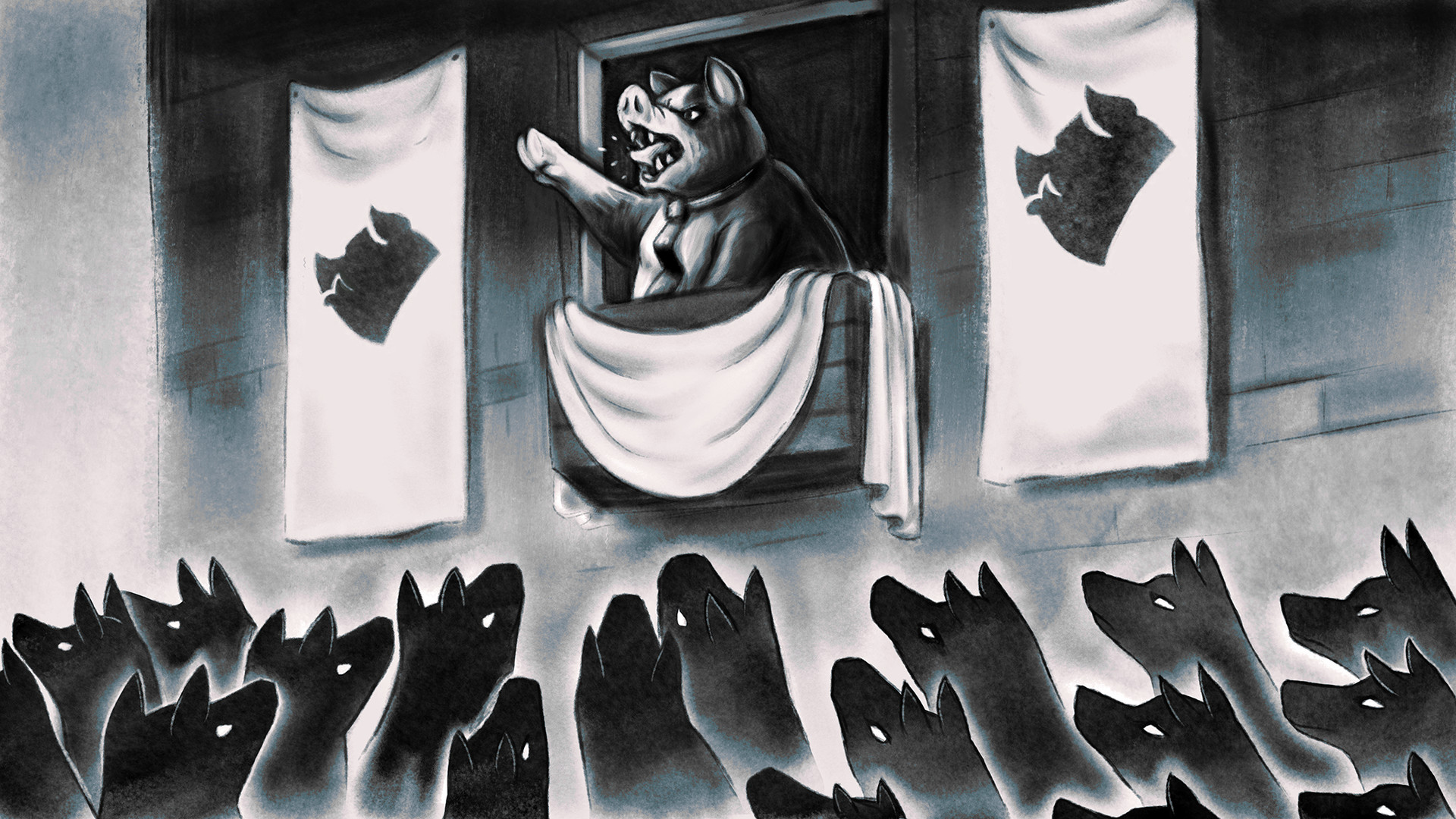