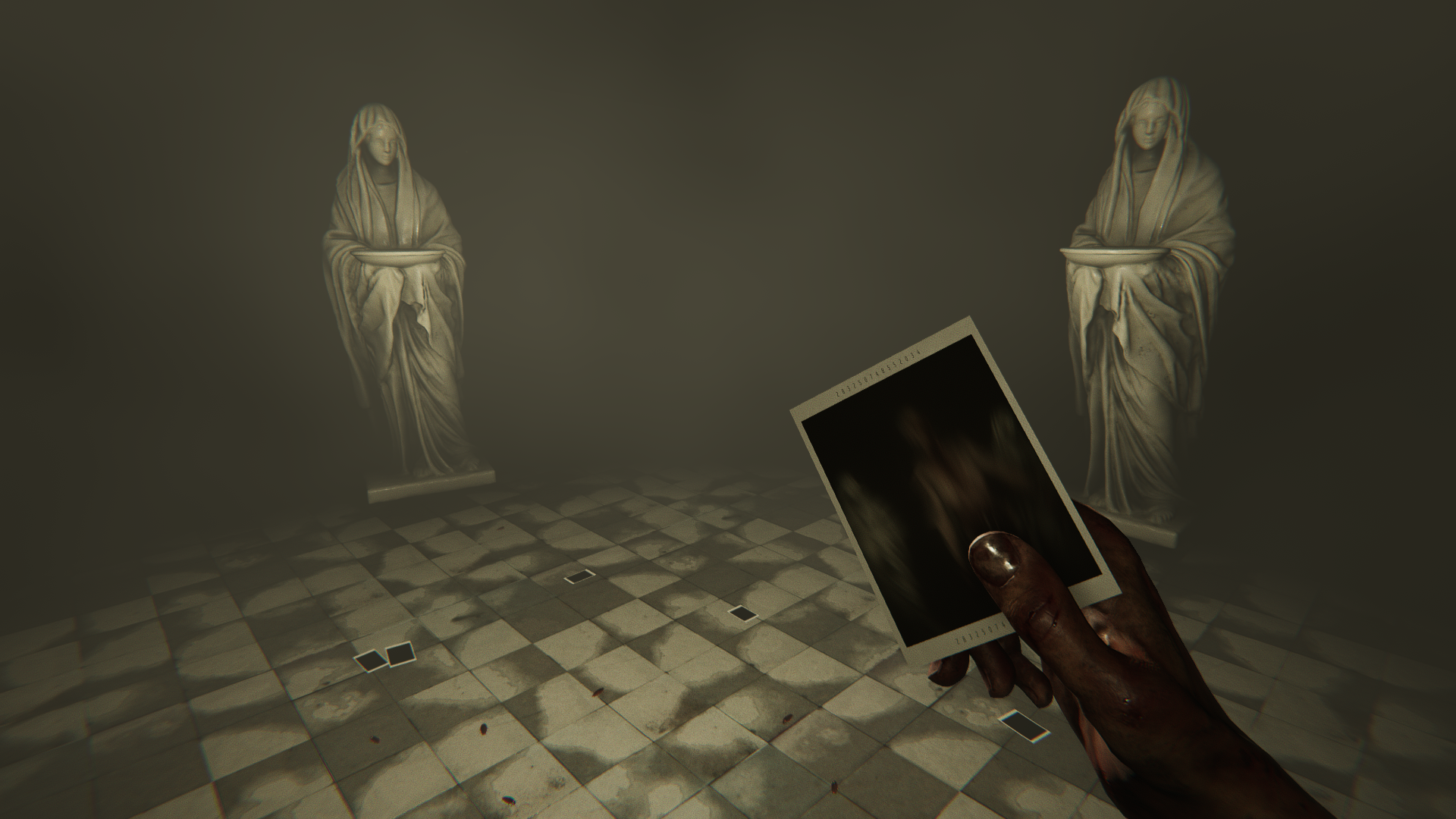 Madison Review – Look At This Photograph

When PT (Playable Teaser) was first released on the PlayStation 4, it was this weird masterpiece of horror and puzzle solving that mixed so well together. Taking place in variations of a singular hallway, it showed so much promise for what could have been a new Silent Hill game. Unfortunately, shortly after its release, the full project Silent Hills was canceled, and eventually, PT was pulled down from PSN. This may be a hot take, but it was a great decision. Not because I didn’t enjoy it, but it led to this big push in the horror genre to try and recreate what was so special about PT, and while the games that were inspired by PT are kind of a mixed bag like Layers Of Fear being good but The Park being less enjoyable.

Madison feels like the next go at the first-person horror theme park genre. It is what happens when someone who knows and loves the horror genre gets it all out there because if one thing became clear over my five-ish hours of playtime is that Madison not only knows when to scare you but how to scare you. While the gameplay side of it at times is less than ideal it didn’t matter, because I didn’t go more than ten minutes without being tense just waiting for something to scare the hell out of me.

Story-wise the game starts with a boy named Luca locked in a room while his father yells at him that Luca has been possessed by a demon and slaughtered his mother. Well, kind of, he begins questioning how you could do that to your own blood. We then take control of the boy escaping the room only to find this giant house empty. What happened to your father? Are you really alone? These are all questions that are answered pretty quickly because when it comes to pacing Madison goes for it from start to finish. While I don’t want to ruin the entire story, particularly the extremely depressing and almost shocking ending, I will just say it’s pretty damn good. Not a lot of the answers are straight-up given to you. They make you work for it by finding clues strewn around the environment. And finding audio recordings through the game as you venture forward through the game help flesh out the story more, Finding out more about the camera was especially creepy, and how it fits into the story and gameplay.

Speaking of gameplay, I think it is Madison‘s weakest element. But again, not to the point where it overly affects how I feel about the game. The majority of the game will have you venturing through dark rooms and corridors, with the polaroid camera being your only real point of seeing what’s in the dark. It creates this amazing tension of feeling like you aren’t alone, so you take a picture of a dark corner waiting for the film to develop, only to notice it’s a wardrobe or clock hiding in the shadows. Then half a second later, having something run straight at you only disappears the second before it touches you. Madison does that loop fantastically, the one thing that made it less than enjoyable for me was its almost pixel hunting esque of having to hunt and search so meticulously for clues to solve puzzles because there are a lot of puzzles.

Madison‘s strength is in its horrifically haunting audio design, constantly feels like someone was breathing down my neck. Or hearing footsteps just around the corner. It all mixes in quite well to create a truly horrifying experience. I was constantly on edge and never feeling safe. The few moments I did Madison struck at its hardest. With either some haunting figure chasing me or even Luca himself speaking and it just catching me off guard.

So it depends really on what kind of horror drives you. Do you like the action-horror of Resident Evil? This might not be for you. But do you enjoy the almost hide-and-seek horror of an Outlast? Then this will be right up your alley. Madison is very jump scare heavy, usually, that kind of scare gets old pretty quickly, but Madison does such a fantastic job of setting up these haunting set pieces that you feel like you are living in this world. It puts the work in of fully realizing its setting and word. and by the end, you really feel for Luca, So the scares never feel cheap or unearned because you are fearful that something horrific might happen to Luca.

Overall I had a ton of fun with Madison, and if you enjoy horror, you should absolutely check it out. It is a good example of taking the base gameplay ideas of PT and fleshing it into a full game, easily standing on its own. The story alone will be one I remember for a long time, specifically its ending because, holy crap. The developers over at Bloodious Games know what they are doing. I cant wait to see what they do next because Madison will be talked about for years and is easily the scariest game I’ve played this year.

For more interviews, reviews and features, stay locked into DreadXP, and be sure to check out Dread Delusion over on steam!