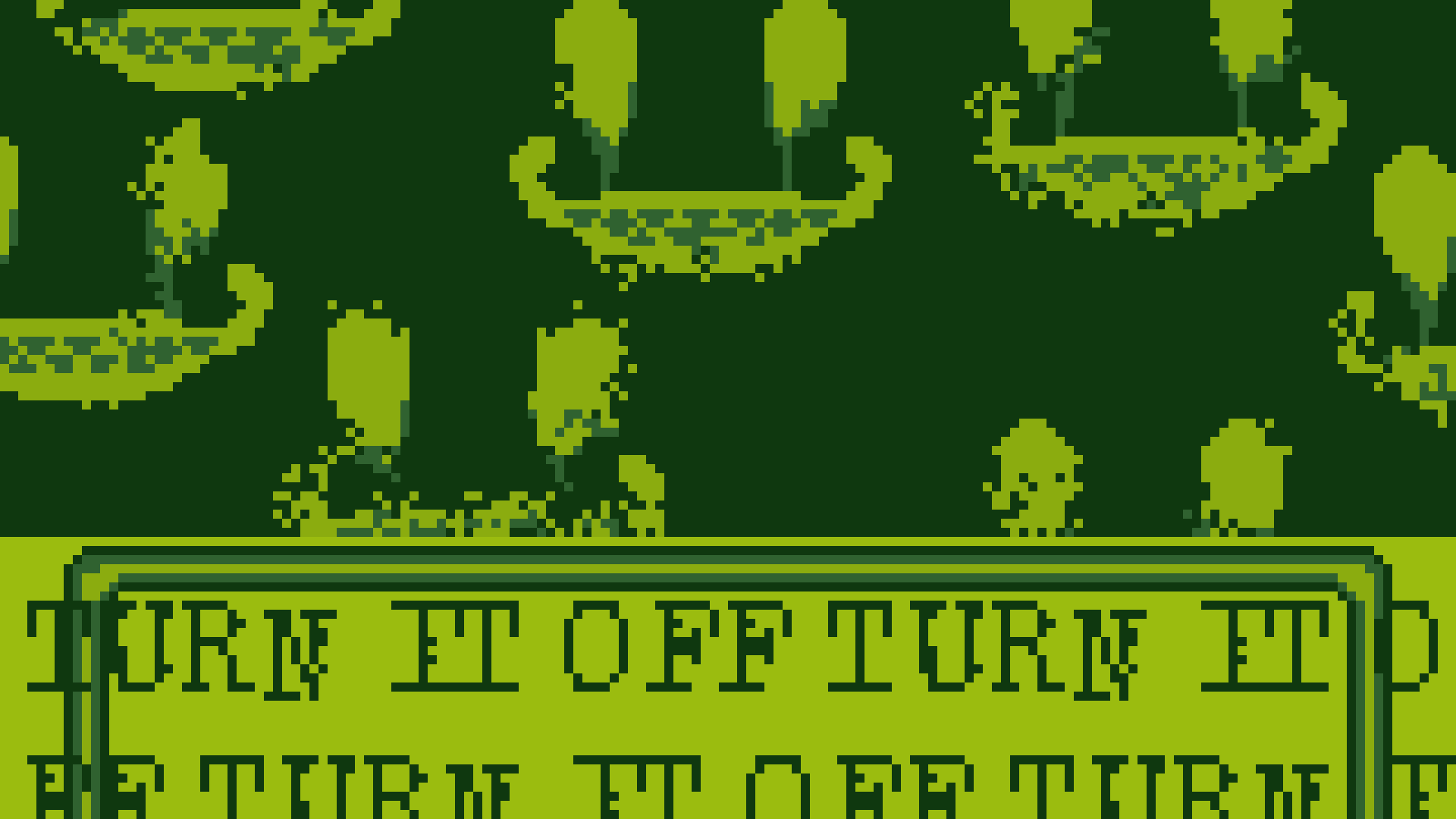 Your Gameboy Is Haunted: Urban Legends In The Video Game Age

The early 2000’s internet was a mess. A lawless wasteland of unverifiable half-truths and whole lies. There was a feeling of discovery every time I’d listen to my old dial-up creak and groan as it dialed some number unknown to my 10-year-old understanding. I spent my teenage years immersed in forums, reading about games. I was especially interested in urban legends. I spent a whole playthrough of Final Fantasy VII treating Tifa like she had the plague, all-in on rumors that shunned, she would throw herself in front of Sephiroth’s blade instead of Aeris. The internet told me to do that. As an adult, that excuse holds no water, but as an impressionable child who didn’t want to lose the best healer, it was gospel.

In most urban legends, there is usually a thread of the macabre. People like a scary story, and the telling and re-telling of stories can be amped up by adding a bit of danger. People like to be endangered too, but just lightly. Scary stories, horror games, and horror movies provide us the feeling of danger without actually being in danger. A lot of people like that rush. In the internet age, it seems urban legends have turned in some ways towards a spoiling of our youthful pursuits. In the Lavender Town urban legend, it’s said that the original Lavender Town theme in Pokemon Red & Blue caused suicides in Japan. In subsequent retellings, the copies of the game with evil music were either created by the director of Pokemon Red & Blue, Satoshi Tajiri, who wanted to create a sound to annoy children with disastrous results, or the theme was created by the Japanese government, as some sort of weapons test.

Inherent in video game urban legends is a baked-in mistrust for the government. These stories imagine a competent government testing on an unsuspecting populace. While these fears are sometimes well-founded (See the Tuskegee Syphilis Experiment), oftentimes the government is just a shorthand for the devil you know; an entity that everyone knows and very few trust. Take for instance the tale of Polybius. Supposedly an arcade cabinet placed in arcades in the Pacific Northwest in 1981, stories about the cabinet includes sinister men in black, pulling data from the machines. In all of the different tellings, the men in black are the most consistent detail referenced.

With the advent of widespread casual internet use, video game urban legends saw an explosion in popularity. With the onslaught of more people logging on, we saw the first examples of purely internet-centric urban legends. With the rise of Facebook and blogs and people accepting the internet as a part of daily life, so too would our legends go digital. Stories of haunted games and glitched-out nightmares became commonplace on places like 4Chan’s /v/ board. Stories of haunted mods like Jvk1166.esp showed us that not even our mods were safe. With the lead character describing through letters that the dark things happening in his Morrowind mod were somehow spilling out into real life. These stories made it seem like every download could be potentially life-threatening when in reality, the scariest thing was losing your bank account information to scammers.

As we move forward into the Roaring 2020s, we’d do well to hold on to these legends. As much as they make us laugh at how gullible we were as children and teens, they serve as a sort of rallying point for the greater internet at large. These stories are a part of the history of our hobby, and when you disregard history, you’re doomed to repeat it. I for one am not repeating reading Sonic.exe.

I spoke with Associate Professor of Religious Studies and Folklorist at Texas State University Joseph Langcock about how urban legends have moved into a digital space. The entire conversation has been edited for clarity/formatting.

JH: Since the beginning of the 21st century, urban legends and folklore have, for lack of a better term, “gone digital”. In your opinion, has this seemed to diminish the organic creation of non-digital urban legends?

JL: I’m not sure that digital folklore has diminished more traditional forms of folklore, but there are some important changes. I think part of what folklorists appreciated was that folklore was localized–often you had to go to rural areas and talk to people you wouldn’t normally talk to in order to seek it out. If you can find folklore using google, this sort of makes all the hard work of folklorists seem trivial. Folklorists were also interested in WHO told legends, WHY they told them, and HOW they told them. For example, a woman might tell the same ghost story differently from a man and the differences in the telling might provide a clue as to what the story is ultimately “about.” Folklorists even developed a system of short-hand so that they could record a telling of a legend and mark which words were emphasized, where the pauses were, etc. All those details were data for analyzing the significance of the legend to the person telling it.

With digital folklore, the telling is easier to access but it’s much harder to figure out who is actually telling the story and why.  A legend encountered online could be part of an Alternate Reality Game (ARG).  Or urban legends about democrats drinking adrenochrome could be deliberate propaganda sponsored by any number of political parties.  With bots sometimes we don’t even know if people online are actually even people! So with digital folklore, we have access to much more raw data, but our ability to interpret it may be diminished. Line Henriksen at the University of Copenhagen actually researches digital “monsters”.

JH: What was the first, or most notable digital urban legend or bit of folklore you’ve come across?

JL: As far as the first I’ve come across . . . I remember in the 1990s using dial-up Internet to try to find The Necronomicon.  And I did!  I found multiple online texts purporting to be English translations of a forbidden text written by the Mad Arab Abdul Alhazred that would turn anyone who read them insane.
Only when I read them and I didn’t go insane.  Except maybe insane with boredom.  The Necronomicon, of course, isn’t real.  It’s an imaginary book from the writings of H.P. Lovecraft (1890-1937).  But many believed it was real, or wrote hoax Necronomicons.  During Lovecraft’s lifetime, pranksters were making fake library cards for it and putting them in university library catalogs.  The Necronomicon legend was probably one of the first bits of folklore to migrate online.
The first digital folklore phenomenon I found significant was the Slenderman stabbing in 2014.  Folklorists know that sometimes actual crimes are inspired by stories through a process called “ostension.

JH: Could you touch on ostension?

JL: Ostension can be defined in several ways.  Bill Ellis’s book “Aliens, Ghosts, and Cults: Legends We Live By” breaks down four different types of ostension.  There’s also this weird little website that explains the topic.
But basically, ostension is the idea that legends can come to life and people will begin to actually act out the story.  There isn’t anything supernatural or mystical about this.  It happens for a number of reasons.
For example, I was once contacted as part of a police investigation into cattle mutilation.  The police assumed this was being done by a cult and wanted help figuring out what type of cult it was.  (I suggested it was normal animal predation and nobody wanted to talk to me after that.)  Urban legends of cult activity informed how police interpreted the evidence.  Ellis would all this “quasi-ostension.”
Ronald Clark O’Bryan is a case of true ostension.

He thought he could get away with murdering his son by giving him poisoned candy on Halloween. But as far as we know, no one had actually ever done this before O’Bryan–it was only an urban legend. So the legend essentially came to life with O’Bryan.

JH: Are you familiar with Polybius? It was a supposed government psyop or weapons test masquerading as an arcade cabinet. In the years since the urban legend became more widespread, people began making actual playable versions of the cabinet, minus the negative effects outlined in the legend. Would this be an example of ostention or, due to the real life versions of the game not causing the dramatic ill-effects outlined in the story, an example of quasi-ostention?

JL: I have heard the legend about secret government arcade games, although I didn’t know about Polybius until I googled it.
So if people are making cabinets, yes I think that counts as pseudo-ostension especially​ if they are really trying to trick people and not just to make clever art.
This also makes me think of the Cicada puzzle phenomenon, which some people claimed was not just a weird puzzle but a game designed as a recruitment tool by some intelligence agency.  That claim could likewise be considered quasi-ostension of the legend of a game used by government recruiters.
On the other hand, it is possible that Cicada really was​ being used by some sort of government intelligence agency.  If that ever turned out to be true, this could be case of true ostension: government saw an urban legend like Polybius and thought, “Hey, that’s a good idea!  We should try that!”

JH: I want to thank you again for indulging my weird video game curiosities. Do you by chance have any parting words for the internet-at-large about urban legends?

JL: We should take urban legends seriously! I think Pizzagate and QAnon has shown us that even completely absurd rumors can have serious consequences when they are put online where they can reach millions of people. And it doesn’t help to just mock people who believe these things. We need to try to understand why people believe that Tom Hanks tortures children to harvest their adrenochrome or that Wayfair catalogs have a secret code for trafficking children. What does telling these stories do for the people who tell them and repeat them? 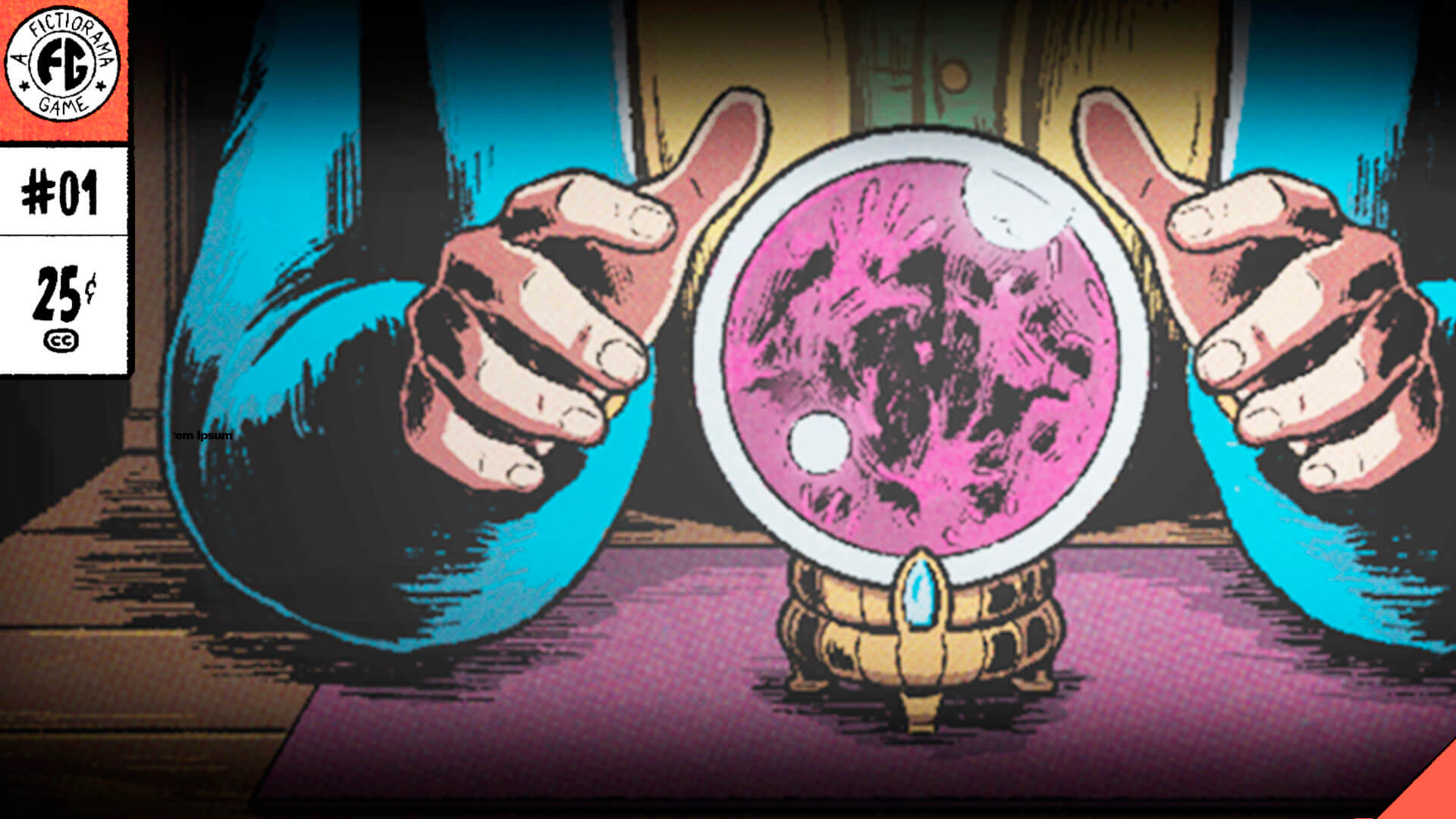