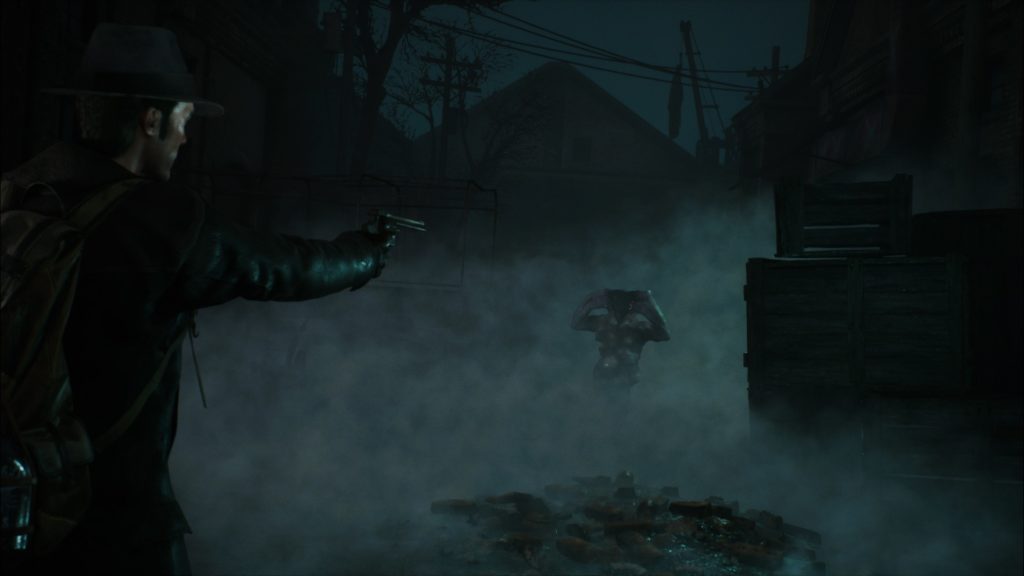 A new trailer for Frogwares’ The Sinking City has been released and it’s a smorgasbord or Lovecraftian visuals the likes of which will tickle horror audiences obsessed with tentacles to no end. From the flooded streets of Oakmont to the watery depths nearby, this trailer suggests that there will be no shortage of stunning locations for our protagonist, Charles W. Reed, to fend off his insanity.

Watch it above and prepare yourself for something really special.

“Tortured by his past and otherworldly visions, Charles W. Reed, a private investigator finds himself in Oakmont, Massachusetts, seeking salvation from the creeping insanity that afflicts him. Once a trade harbor, known for its lucrative smuggling business, Oakmont now lives in secluded isolation from the rest of the world, under a flood of supernatural origins. In this place of decay and superstition; players will have to deal with the dregs of mankind, follow clues they wish they had never found, and unveil a cosmic horror threatening the world itself.“

The Sinking City is coming out on PC, Xbox One, and PlayStation 4 on June 27. Pre-orders are open via the official website.

The post New THE SINKING CITY Trailer Goes Deep Into The Depths of Lovecraftian Terror appeared first on Dread Central.