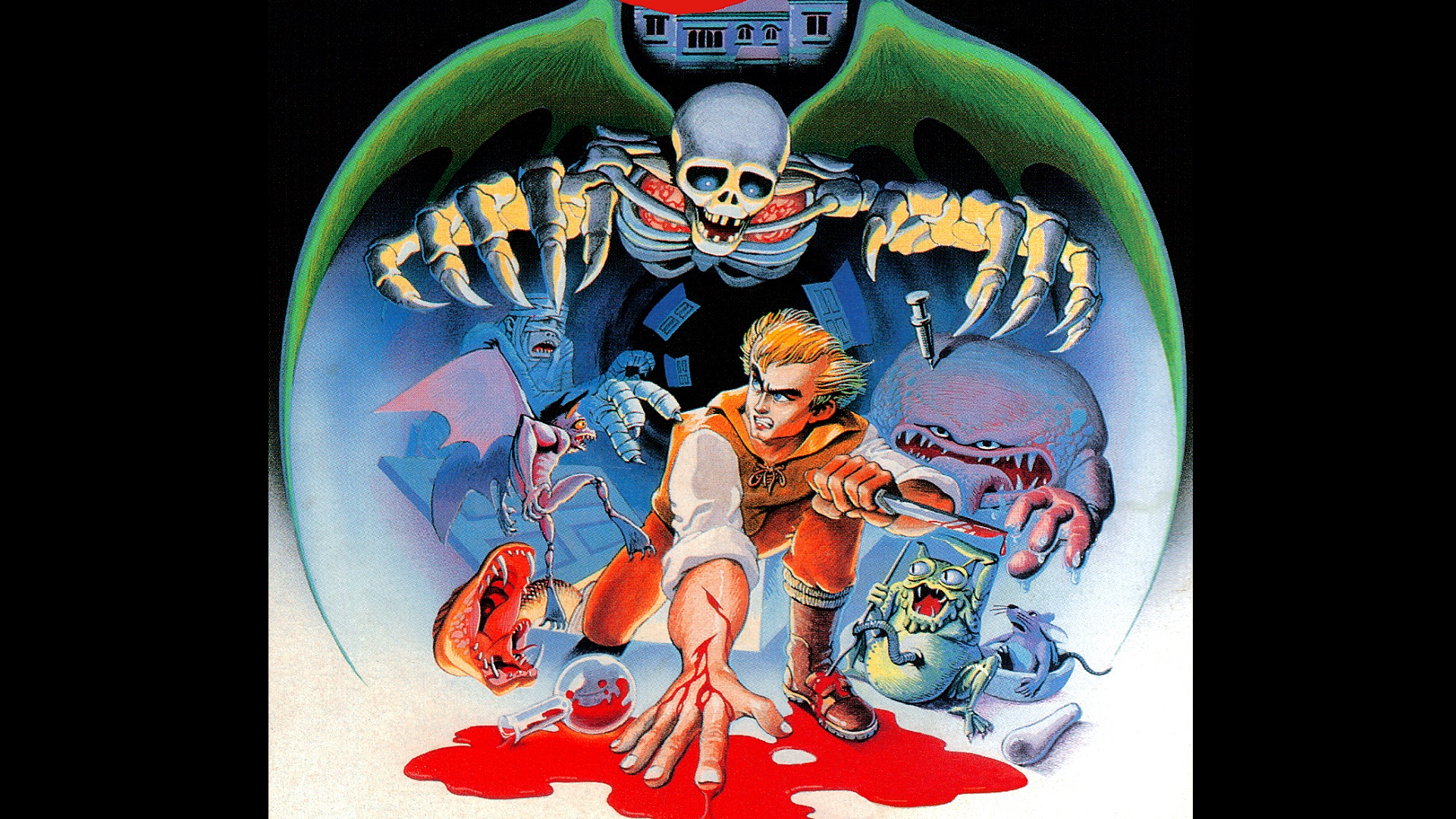 Dr. Chaos brings players into a twisting, confusing maze of doors and hidden rooms. The title character’s mansion is quite stubborn about keeping its secrets, and is far better protected than you might think at first glance. To get to the game’s end, you’ll need to poke and prod at its many rooms and obscured paths. In doing so, though, you’ll invite some sickening creatures into your midst. Exploration and curiosity are key to finishing the game, but this NES game is just as quick to punish you for looking around as it is in rewarding you. Which makes exploration just a bit terrifying.

Your doctor brother has been messing with warp zones. Dangerous ones, at that. A scientist with the last name ‘Chaos’ was bound to be dabbling in SOME shady stuff. Still, they’re pretty good at it, judging from the research they send our protagonist. Naturally, though, something goes wrong. In his last message to you, the doctor says that creatures from the warp zones have started escaping into his house. And now it’s your problem. Which is real cute to ask considering your character shows up to the mansion in sweat pants with a knife. I feel like your brother shares his research, but not his wealth or house.

Dr. Chaos greets you with long halls lined with doors and filled with rats and bats. Doesn’t seem too terrible to deal with. Your brother’s apparently contacted some sort of rodent dimension, from the look of things. This might have you feeling underwhelmed, given the amazing cover for the game. On it, you can see a flying skeleton, pinkish organs still pumping away in its rib cage. Bizarre creatures to the left and right of the enraged, yet disturbed title character. Our hero has a knife in a tight grip, a bloody potion leaking all over the ground. That cover sets up some lofty expectations of the monsters. And yet here you are, playing at being an exterminator. You’ll find the game’s worthy of the cover soon enough, though.

As you stab rodents, you’ll quickly see that there aren’t many places to go in the house. This will likely incline you to try one of the doors. At first, going into a room is a relief. There’s no little monsters bugging you in them. You can explore in first-person at your own pace. You can slowly choose which actions to take, opening closets and doors to find access to new rooms and better weapons. It’s quite calm.

You need to take your time and figure your way through Dr. Chaos. These rooms form tangled paths through the house that will lead you to various warp zones. Here, you’ll enter action sequences in longer stages that have all of those delightful monsters we saw on the cover of the game. It’s where things get dangerous, and where you face down some of the bizarre creatures that have crossed into this dimension. While they may look a little lumpy and weird, they don’t seem too bad for a game from 1988. And given how quick they can kill you, they’ll earn at least a little respectful unease after a few deaths.

It’s in FINDING these places that I often find myself leaping out of my seat, though. The exploration section is menu-based, having you choose options from a list of possible commands. You’re free to OPEN things, GET them, GO somewhere, or HIT something. You just need to figure out which doors to go through, which cabinets to open, and what walls or objects need a good smack. Dig around in the right place and you’ll find guns, explosives, healing vitamins, and paths to warp zones. So, you’ll need all of these items to progress.

Dr. Chaos doesn’t just let you explore in peace, though. In some locations, you can open a door or closet and find a massive monster sitting inside. If you free them, you get booted out to the hall and can’t enter a room until you beat the creature. Each of these creatures has a unique ability to make your life difficult. The small Omen hops around and is hard to hit. Big Lady rushes at you (and since she looks like a melted person, you really don’t want her to get you). Franken is a massive, ape-like creature with its rib cage jutting out. This thing can take a real beating, and honestly just has a really unsettling design.

The scares from these hidden monsters are effective for a number of reasons. The first time it gets you, it’s likely going to take you off-guard. Even if you’re kind of expecting it, it can still get you because it happens quickly. You open a door expecting nothingness or an item, and now you’re fighting for your life. Besides that suddenness, there’s also the way the game lulls you into feeling safe. The rooms tend to be quiet and empty save for your search for items and paths. You spend minutes on end just moving around and playing with stuff. This gets you to drop your guard, which makes the monster’s appearance all the more frightening.

Also, you’re suddenly in a fight when you’re not expecting it. AND, in all likelihood, when you only have a knife equipped. Since the basic mansion enemies in Dr. Chaos are weak, you tend to only carry your basic weapon to fight them. Why shoot a rat with a gun? Now, though, you’re facing a colossal hairy beast, and you’re scrambling to switch weapons while running from a persistent killer monster. If you don’t mentally prepare yourself when you open most closets or doors, you’ll be floundering when the fight starts.

If you survive this first panicked encounter, it makes you more cautious. You’re tense when you open a new door. Now, those quiet exploration moments are full of dread. Will something dart out when you open that door? Are you ready to fight if it does? You end up wound tight every time you choose a command, because you don’t know if something is going to come bursting out. You don’t have a choice but to search everywhere, though, because you’ll never reach the end of the game if you don’t.

In Dr. Chaos, you HAVE to fling the doors open even if they scare you. And the game will let you go long periods of time without a monster jumping you, too, getting you to lower that guard again. Once you’re unprepared, though, something will come lunging out of a closet at you. Through these surprise scares, the developers turned a quiet exploration process into something terrifying. They made you feel fear at simply opening a closet or checking a door. I honestly feel less afraid out in the halls or in the warp zones when I can see the monsters coming.

Dr. Chaos offers up some solid scares in its exploration segments, giving you a horror game worthy of that incredible cover. It goes out of its way to give you a calming space, but only so it can startle you with its monsters and the deadly fights they provide.