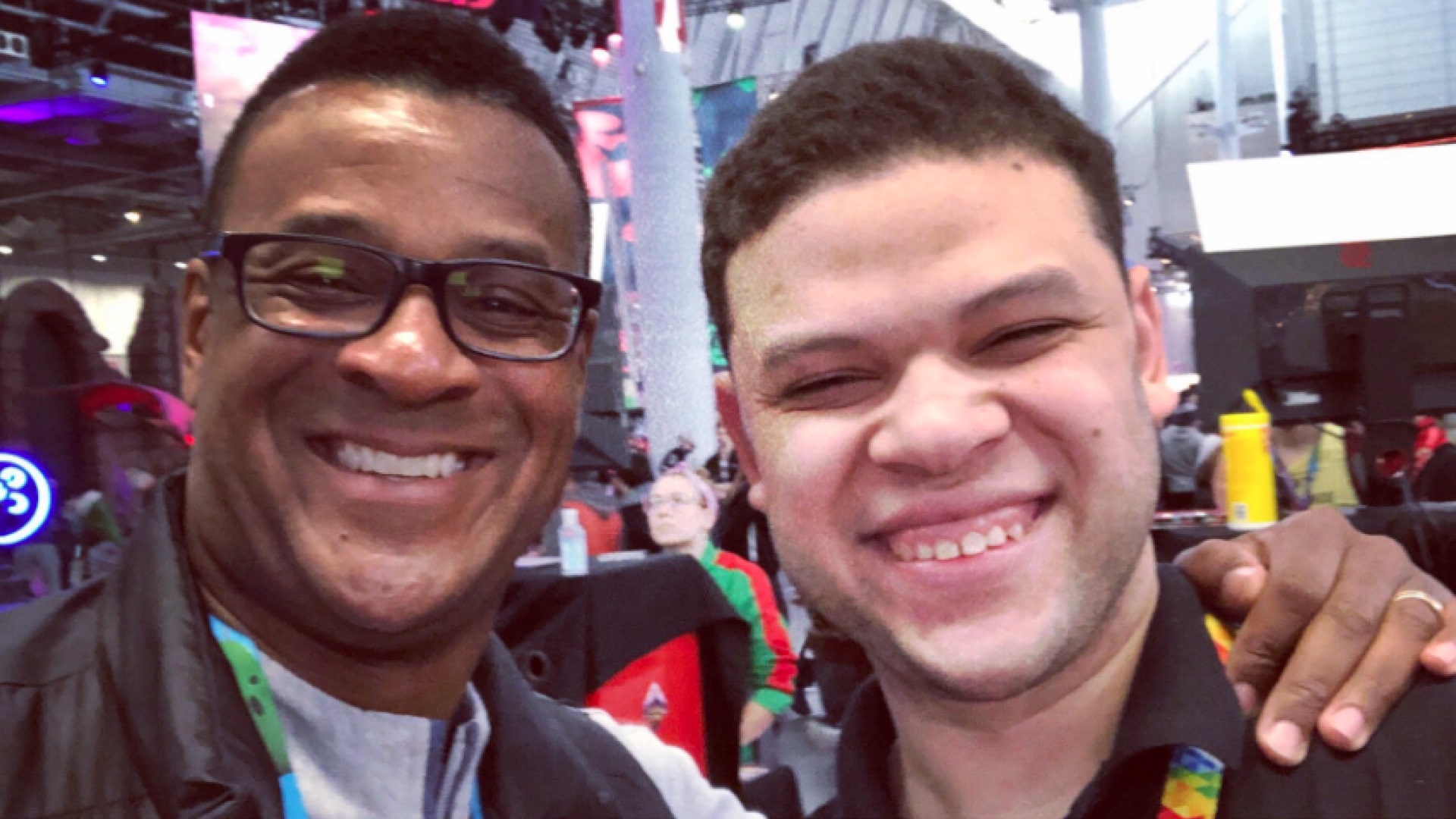 How to Improve Diversity in Video Games Once and for All

I’m Joseph Hunter, Black indie developer of that eldritch horror dating sim, Sucker for Love, and a Visual Novel/RPG, Chromatose. It’s news to nobody that diversity and inclusion are hotly discussed topics in the video game development industry and within the fictional worlds of the video games themselves.  Google “increase diversity in video game industry” and you will get 44 million results, discussing the hows and whys of the current state of minority inclusion within the industry. Most seem to agree that inclusion and diversity are important, but actual implementations and successes of diversity initiatives seem to be few and far between. As a Black developer, I believe the ideal world would be one where  there is a natural incorporation of genuine diversity in an authentic, non-tokenistic way. In my experience, the path to achieve that dream is straightforward yet effective, and practiced in other industries to great effect. Improving the visibility, staying power, and number of Black developers participating in game development is incredibly simple:  encourage peer-to-peer mentorship and community building for Black video game professionals.

Tokenism will Never be Diversity

Tokenism arises when there is an ingenuine effort to include minority demographics to give the appearance of racial equality, without truly demonstrating it. Characters in video games are extensions of the development team and their experiences, so it’s no surprise that 80% of characters in video games are white – 80% of developers are, too.  And so, in trying to increase diversity of characters in stories in video games without changes to the industry itself, we’re asking an industry that is 98% non-Black to write a story about the Black experience.  No surprise that so many people on both sides of the diversity debate take issue with the forced tokenism that results from doing this.

Naja B., the writer and creator of visual novel review site Blerdy Otome, makes the point that:

“…the only way to fix this problem is to HIRE people from these underrepresented groups—put them in leadership roles and LET them tell their own stories! Not representation for the sake of representation or the same old played out stereotypes; but genuine stories crafted by people with lived in experience!”

One problem: there’s not enough.

No Man is an Island

As a Black indie developer, I have had the exact same experience.  When I explicitly researched and sought out other Black developers at PAX West (2019), PAX East (2020), and Dreamhack Anaheim (2020), I only ran into two.   Davionne Gooden, the Black Lead Developer of She Dreams Elsewhere, a surreal adventure RPG about dreams and the extent to which they mirror reality, was one of the two. Gooden has the same sentiment:

“It’s important to network with people who look like yourself, especially in industries such as game dev where we’re so massively underrepresented. Being the only Black person in the room can be a pretty lonely, isolating feeling…”

This causes a vicious cycle where Black indie developers find themselves in a situation where they lack a support network like they may find in their friend circles, and the developers who made it this far are further discouraged from sticking around.  The good news, however, is that this isn’t the first time that severe minority underrepresentation has been recognized as a problem, and it’s not the first time that it’s been successfully remedied.

Many STEM (Science, Technology, Engineering, Math) programs are made up of fewer than 3% Black students, and quite familiarly, it is not uncommon for there to be only one Black student in these classes.  As Gooden said, looking around and seeing no one that looks like you can be an isolating, discouraging psychological feeling.  That feeling comes with consequences:

Racial isolation is almost certainly the mysterious factor that causes students to drop out at higher rates in fields in which they are underrepresented and is what leads to such disappointing lack of diversity.  In 1988, a program was created to foster tight peer-to-peer relationships amongst minority STEM students through community, mentorship, and interinstitutional support to improve diversity among students receiving advanced degrees.  The Meyerhoff Scholarship Program is a highly diverse, predominantly Black program that prioritizes assembling tightly knit cohorts of like-minded students to create a community of positive inspiration, in order to increase diversity in STEM fields.  It’s built on 13 core values, with the  4 most critical components in particular directly counteracting isolation: 1) Forming of study groups, 2) A sense of program community and family, 3) Academic and personal advising/counseling, and 4) Peer-to-peer tutoring.

I am an M24 (24th year Meyerhoff scholar), and I’ve experienced firsthand why the program is so effective.  From the get-go, we’re required to learn the full names of every other member of our cohort and form study groups and we spent the first year living in the same dorm –so suddenly, in a world where it was normal not to see another Black student in any of your classes, I had a Black roommate .  We would spend the next years living, studying, bonding, and growing together, alongside our peers with the support from the Meyerhoff program. We had monthly meetings and advising meetings for all 4 (or more) years of college, along with mentoring from older Meyerhoff students in our majors. Supported every step of the way, both of us have STEM graduate degrees today.

And that mysterious factor that causes Black students to drop out at double the rate of their white peers? It’s entirely absent from Meyerhoff cohorts.

This isn’t the only time peer-to-peer mentorship has been demonstrated.  Nationally, only 11% of at-risk, low-income, first-generation minority students graduate college with a 4-year degree, but 96% of these students graduate under the America Needs You mentorship program – another program that strives to build personal relationships between underrepresented students. Similar programs have seen equal success in graduating disadvantaged and underrepresented students, such as the Big Brother Big Sister program, the OK Program, the Boys and Girls Club of America, and others. Penn State and UNC have both set up programs using the Meyerhoff program as a model, to success exceeding even that of the Meyerhoff program at its creation, and comparable to its current level of success in retention, GPA, and degrees awarded to minority students.  My point is that the Meyerhoff program isn’t lightning in a bottle – it CAN, HAS, and SHOULD been done again, beyond just academia.

The Meyerhoff program is highly replicable in design and could easily be implemented into the game development industry to improve representation. Some aspects of this already exist; the once yearly Game Develops of Color Expo meets to increase visibility, network, and offer a place for peer-to-peer support within the professional game developer community. The Black Game Developers Twitter account runs a discord for Black game devs seeking peers; the indie developer Chucklefish offers industry mentorship sessions for Black developers.  However, more formal, intensive, and targeted programs and groups need to form to address the very wide gap in Black representation in the video game industry.

Seeking to form tight, personal bonds between existing and prospective Black developers in a formal cohort structure is the solution to the lack of diversity plaguing all levels of game development. Game studios and publishers of all sizes should institute and strengthen their hiring and mentorship programs. Many times, the diversity initiatives stop after the hiring process, but game companies must strongly consider also adding mentorship and peer-to-peer support programs that connect underrepresented new hires to other industry professionals. Within the Indie game community, seek out and encourage your established peers and game devs just starting out to regularly engage and find support with each other as a larger group.  If the industry can replicate a program that forms peer-support groups, a sense of program community and family, and professional advising and counseling, isolation will no longer be a barrier to increasing and keeping diversity in the video game community.

Until a strong sense of community is achieved among Black developers, hiring one or two to positions of isolation will never produce change.  If we are to thrive, we need to feel like we belong to a community, and that community belongs in game development.