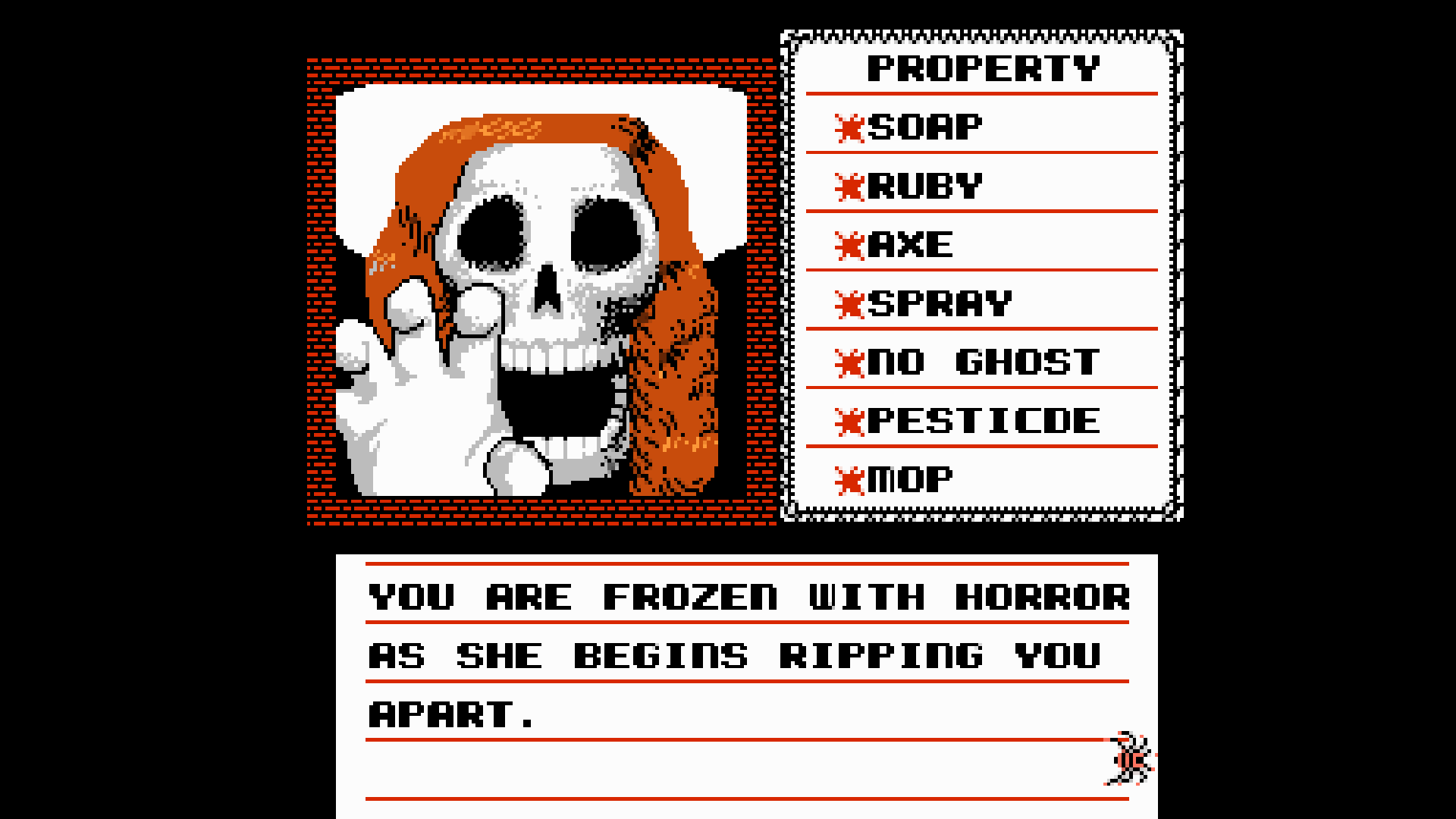 Mandatory Fear is a look back at the vital entries in horror gaming, exploring what made them effective at scaring us and their importance to the history of the genre.

Point & click adventure games involve picking up a whole lot of stuff, and The Uninvited is no different. In the old days of the genre – a delightful time of the most confusing puzzles – you needed every single item you could get. Who knew when a Water Can or Jar 3 would be useful? So, you’d grab everything just in case you’d need it for some esoteric puzzle later on.

What if one of those items killed you, though? And not outright? Without any indication as to why you’d died?

In putting such an item in the game, this horror adventure gives players a fearful mystery to solve. It injects a little tension into the game as you struggle to figure out what is killing you. It leaves you afraid of every movement, every item, and every decision you make. It also takes advantage of how players normally work through an adventure game in a way that is absolutely cruel, yet so deviously clever at the same time.

The Uninvited is part of a trilogy of excellent point & click adventure games for the NES (although there’s four in total if you count the GBC release of Déjà Vu II. Or the full four originally released on the Apple Macintosh). While the other two releases were more fantasy and mystery based, this one leaned fully into horror. Not that each wasn’t famous for the gruesome ways in which they killed you. It’s just that The Uninvited killed you with more ghosts, demons, and evil spirits.

When you weren’t regretting punching demons in the face or bothering skeletal belles, you spent a lot of the game exploring and collecting items. At this time, adventure game puzzles often had bizarre, outlandish solutions involving those items. Need a key? Hope you have a cookie that you could only get with an axe. Strange stuff. So, when you played an adventure game in those days, if you saw an item, you picked it up.

The Uninvited’s most devilish item was a Ruby you could find in the Guest Bedroom. If you picked it up, the game wouldn’t make much of a fuss about it. Nothing indicated how grave of a mistake you’d made. But that item would kill you after you took sixty-one actions after picking it up. It wouldn’t tell you that the item was killing you, either. You’d simply die, seemingly out of nowhere, with the following text:

“The evil presence proves Too much for you. You are united with the Mass horde of undead That inhabit this estate. You turn around to see Your horrific new master: A blood red skull smiling Fiendishly at you.”

Dying was a pretty regular part of playing through Shadowgate, Déjà Vu, and The Uninvited. Making the wrong choice of which item to use was usually a good way to die, resulting in your characters being immolated, stabbed, crushed, or worse. With very vivid descriptions of how you passed, too. It was often gruesome, or at the very least unsettling, as we see with the blood red skull that kills us through the Ruby. Have a spoiler-filled read of some of its deaths, if you like.

The vast majority of the time, you’d know what killed you. Using an axe on yourself has a predictable outcome. So does punching ghosts and zombies. With so many supernatural creatures all around, and with death coming with every tiny error in judgement, it made for an unsettling atmosphere, and one of the finer horror outings on the system. Almost always, though, you’d know what brought about your end.

The Uninvited’s nasty Ruby made everything truly frightening because it never indicates that it’s the thing that kills you. As you take actions in the game, from exploring to grabbing more stuff, you start receiving messages telling you that you aren’t doing so hot. After fifteen actions, the game says “Whats happening to you? The evil air that pervades The estate seems to have Invaded your very being. Your head and chest feel Heavy and thick.” After thirty, you get another message. Then one last warning at forty-six actions. It’s the last you’ll hear before you’re killed outright.

Those messages were far from a clear indication of what was wrong (although there is a very subtle hint that the troubling item is something on ‘your very being’). However, the game is full of all kinds of dialogue saying how things here aren’t going very well. You were constantly running into ghouls and monstrous dogs and macabre rooms. The game suddenly telling you that you’re not feeling well isn’t much cause for alarm. Well, no more than usual.

For me, this meant largely ignoring the messages throughout The Uninvited. They seemed like more written to stage the scene, creating that gruesome, horrifying atmosphere that the game did so well. But then I died out of nowhere. I hadn’t touched or done anything. As far as I knew, I had just crossed into another room. Did the transition kill me? Was I missing an item? What had I triggered with my actions that lead to my demise?

I reloaded saves. Tried new routes (which made me die elsewhere, which was the first clue that it wasn’t the location that caused it). Fiddled with consuming or using items. I had no idea what caused it, and with every attempt my confusion and unease grew. Was there an unseen timer? Something I did earlier in the game that set my demise in motion? The game always killed me outright, though, so why change it now?

I only puttered with this for a few hours before looking it up (restarting the game twice), finding our murderous gemstone. It would have taken me ages of experimentation to find it otherwise. I was on the right course, but with so many items and possibilities, The Uninvited had given me a lethal, difficult mystery to comprehend. A mystery that loaded each run with this sense of near-paranoia at every item, room, and creature.

It’s exceptionally cruel to stick a killer item into a game where players are going to want to grab anything, but it’s equally compelling. It made me afraid of just about every action I could possibly take. That’s saying something where so many innocent actions you can take, from eating some fruit to sitting around in your car, will result in your death. In a game where I was already nervous of how my next action would result in pages of detail about my impalements and suffering, a gem that killed you randomly was another fiendishly clever tool to keep players feeling afraid at all times.

It would have taken a ton of work to figure out why you died to the Ruby in The Uninvited, but given the puzzles of the era, it’s not a surprising development. With that item, though, the game infuses even further fear into its players, taking away any remaining sense of when you thought you were safe. 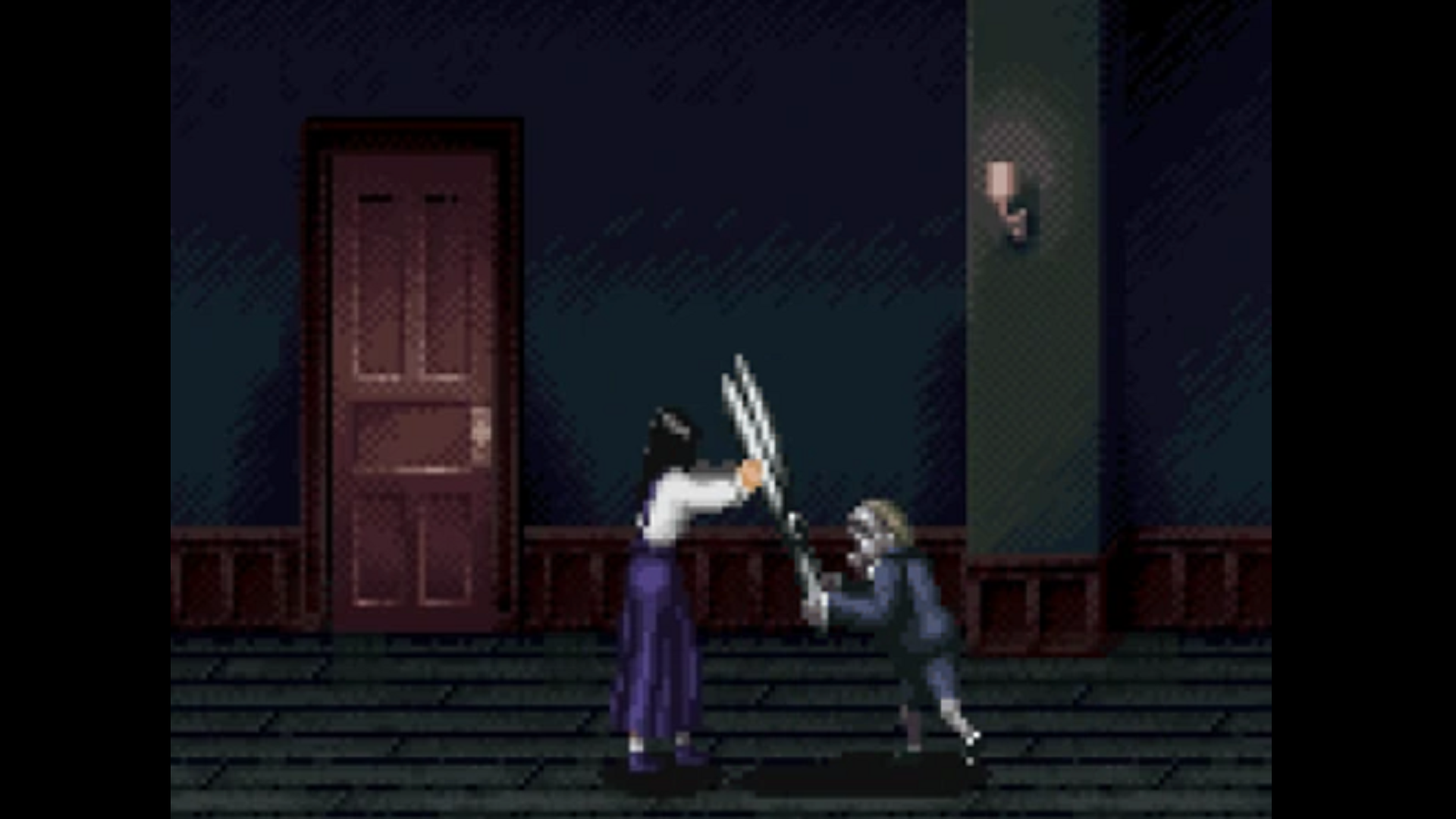 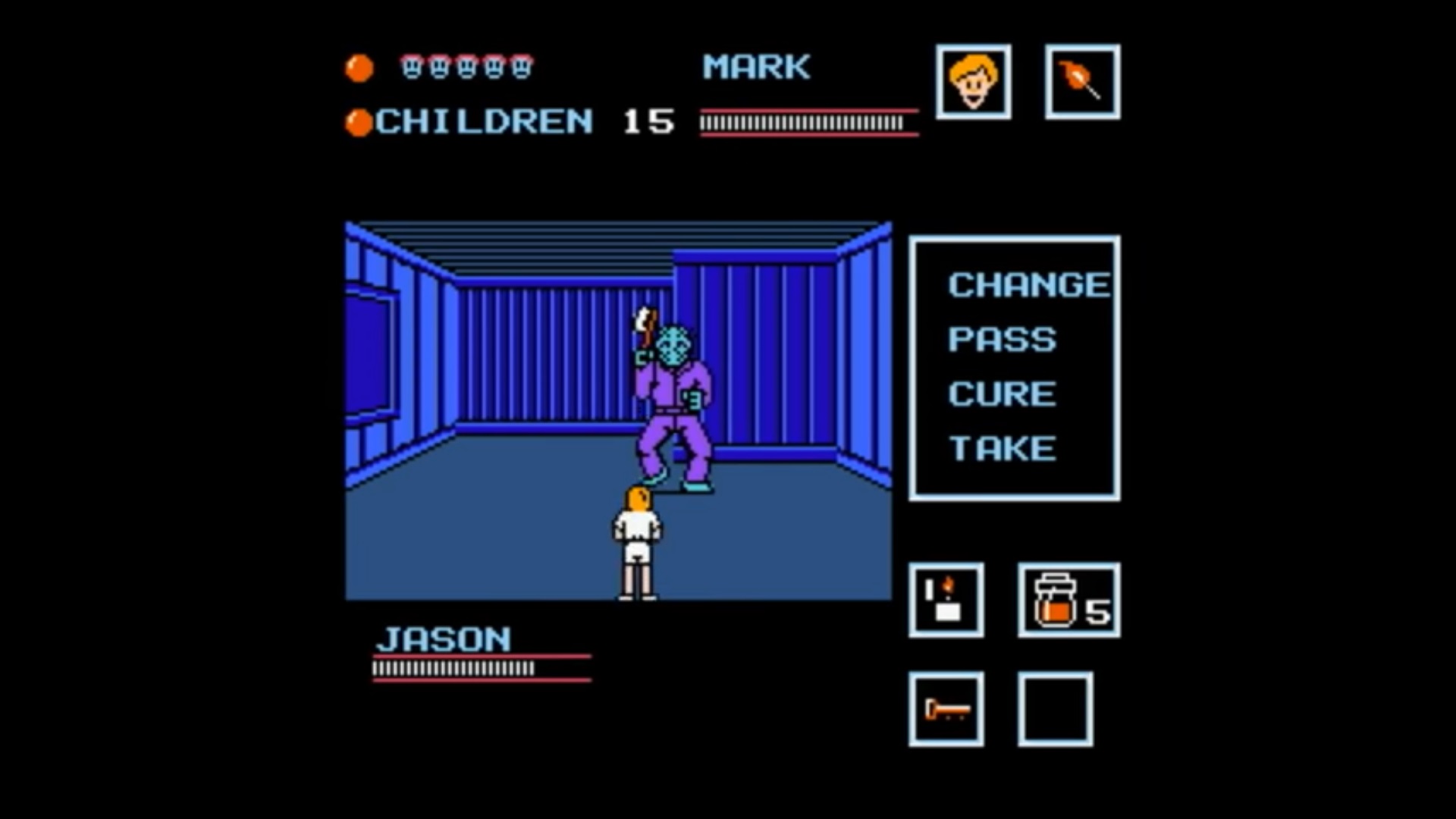 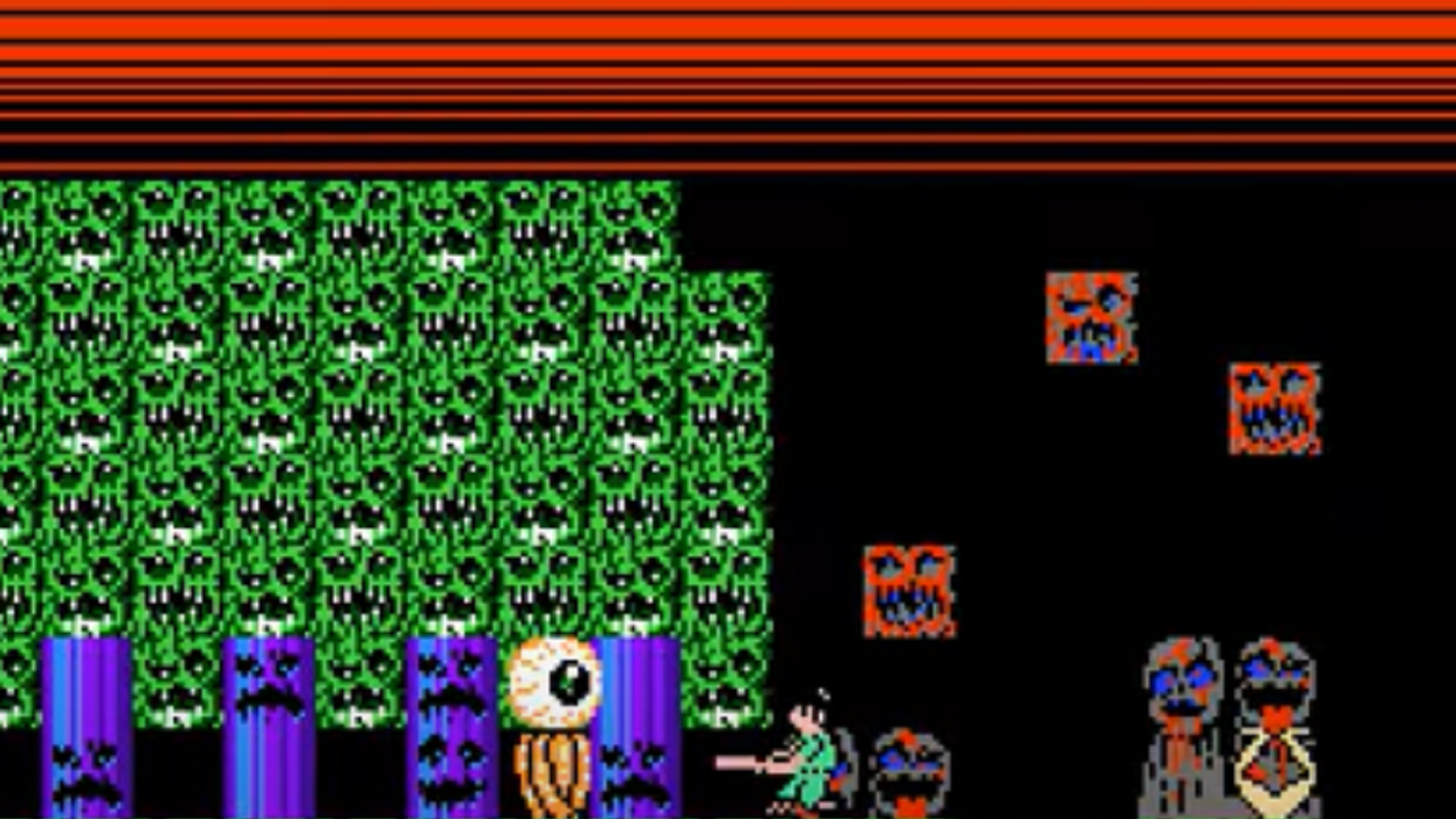