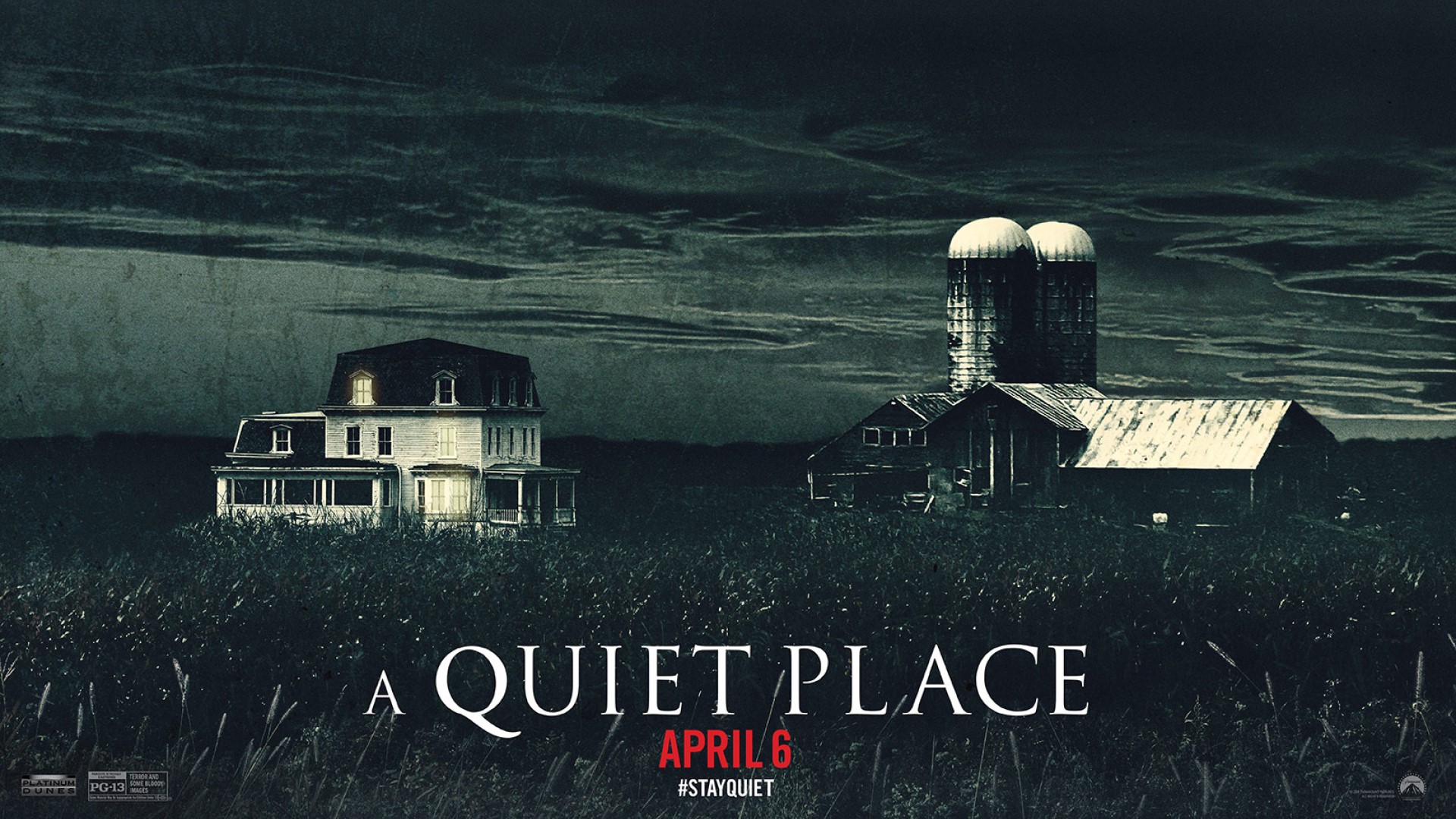 It Should Be A Game- A Quiet Place

A Quiet Place: Part 2 is coming soon, and it’s got me thinking about the original. A Quiet Place was basically made to be a video game. Arguably, it should have been. The movie itself was fine, honestly nothing special. But because of the monumental hype it generated (probably due to the famous scene of The Office Jim staring at the camera, giving a knowing smile, while his friends and loved ones are gored by Cloverfield monsters), it meant that the film would never live up to whatever our expectations were. While the movie itself was okay, everything about A Quiet Place would make for a fantastic video game.

For those of you that haven’t seen A Quiet Place yet, here’s a brief summary. It revolves around the Abbott family trying to survive in a world where just about everyone has been killed by aliens. These aliens, sometimes referred to as Death Angels, have bulletproof skin, hypersensitive hearing, and big silly gibbon arms. The family has survived about three months in this gibbon-monster apocalypse by walking barefoot on paths made of sand and speaking in sign language. I won’t spoil anything, but the movie is really just about them trying to scavenge, and (obviously) stay quiet.

The extremely stressful universe of A Quiet Place, where survival depends on being constantly aware of any possible sound that could accidentally be generated, is the perfect premise for a horror game. Of course, transferring that universe to a horror game may be difficult. Part of the appeal of the movie is that it forces the family to remove sound from their everyday life. I can’t think of a way to make gameplay around suburban family life, even suburban family life where ripping a huge fart means a brutal death, particularly interesting.

That said, I still like the setting. Much like The Last of Us, the setting of A Quiet Place takes place in an empty suburban neighborhood. This is a great setting for a game, especially for a white middle class PMC loser like me. Any medium that brings the threat close to home is automatically more interesting. Apartment buildings, suburban environments, city centers, all these make for great horror because they’re familiar. I’ve probably been in zero spooky Victorian mansions in my life, same with abandoned hospitals, and underground military secret labs (sigh, but a man can dream).

So while it may stick to the same setting of a recent apocalypse, where infrastructure and buildings are relatively unchanged, the plot would have to be different. For a lot of these stealth horror games, for instance, Outlast, the player is crouching and moving around dark hallways and corridors. The beauty of A Quiet Place is that it’s not limited to some abandoned asylum or creepy old house. It could really take place anywhere.

Much like the films, due to the monsters being sightless, the horror happens at all hours of the day. Horror games nowadays are way too dark. Games like Outlast have so little light that the game has to give the player night vision are so ridiculously difficult for my brain to process that it ceases to be fun and instead becomes a chore. Forcing the player to both have the brightness up all the way and sit so close to the screen it ruins our retinas just so we can see what is in a room is not novel or intriguing, it’s just bad design.

Like I said in my last article, horror needs to bring some color. One good thing about A Quiet Place is that, at least in the upcoming second part, there are extensive parts of the game that happen during the day. The Quiet Place game could be a good mix of Alien: Isolation and Resident Evil 3: Nemesis. These weird armored gibbons pose an existential threat to the player at any given time. But, being sightless, they allow the player to hide really anywhere, even in plain sight. I can’t tell you how weird it is in a survival horror game for the player character to squat under a table and for whatever monster to neglect to look anywhere below eye level. These games need places for you to hide. But other than a closet or locker, where is a large non-contortionist to go?

Having these Death Angels stalking you throughout the game always makes for good gameplay. It never gets old. Even after so many times playing the original, in the Resident Evil II remake, hearing the footsteps of Mr. X slowly pursuing me throughout the police station filled me with nothing but dread. And there I could be as loud as I wanted!

A game set in the world of A Quiet Place could feature not just the aliens as a nemesis-style threat, but also having silent marauders fucking with the player trying to get them to slip up and make noise would make for some interesting gameplay. In every other game, bandits and marauders are often deranged morons, flailing their arms as they chase you down with a spiked bat and wearing their typical leatherdaddy outfit. Having bandits that are as smart, crafty, and most importantly, stealthy would make for some real terror. The player would have to keep on their toes at all times to avoid a bandit’s traps, or their various ‘make the player yell’ weapons (I picture a taser on a stick or a jar full of bees).

Now obviously we have seen this sound-management mechanic in games before. Dozens of horror games have included some sort of noise trap; tin-cans-hanging-on-strings; inconveniently placed glass bottles on the ground; a tripwire that turns on a boombox that has a Little Richard CD inside. But in general, these are just little gotcha moments. There has never (to my knowledge) been a game that focuses entirely around not making any sound. For the A Quiet Place game, the gameplay would be centralized around spatial awareness. Avoiding traps, not bumping into or knocking over objects, maybe even utilizing sound as a diversion would be the mechanics of this imaginary game. Imagine if a can full of uncooked beans was your most powerful tool. Imagine that world.

Obviously this might not work out well. Dealing with sound often goes awry in games. The recent, similarly named game, The Quiet Man was a disaster in no small part because of the lack of sound. The fight instances were nothing short of bizarre because it seemed like you were playing it underwater. Sounds were so muffled they were almost not there. But if done right, I think it could work well.

I guess my thesis is that the horror game market, just like the movie industry, needs to change. The dark and dingy just don’t do it for me. One of the things I loved about A Quiet Place was that it wasn’t all about hiding in dark corners, the world was so much more open. They weren’t limited by how much light they made. A horror game that doesn’t take place at night shakes up our preconceptions of the genre, where a well-lit area means you’re safe. And [SPOILER ALERT] I haven’t even talked about using the sound against the monsters, and what an interesting addition that could be to this game. This universe could offer so much opportunity and variety to a horror game. Obviously I don’t expect it to happen, but hey. It would be cool