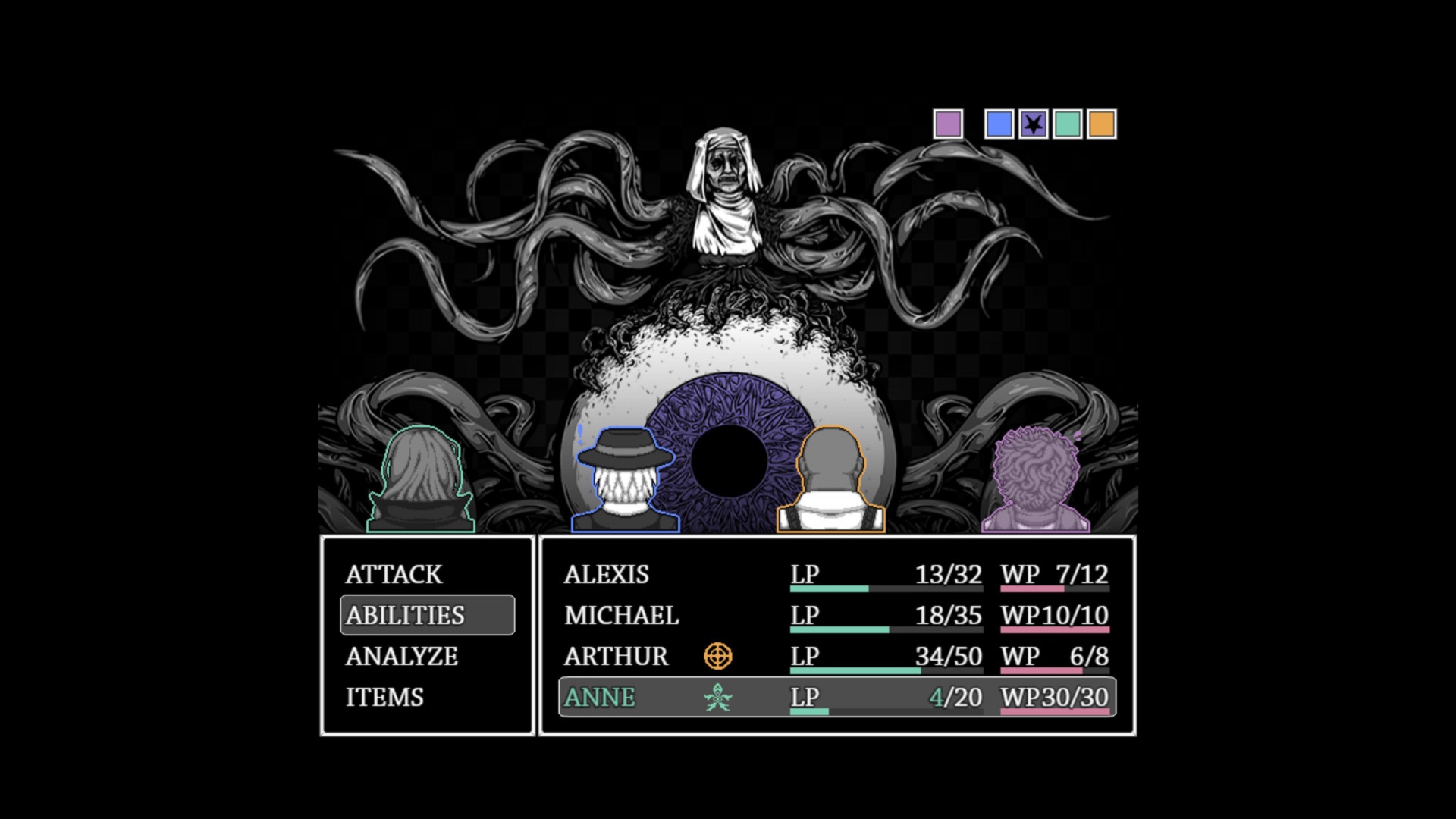 While going through my Steam library, I started looking at the Call Of Cthulu games, mainly the Dark Corners of the Earth game released in 2005/2006 and the 2018 Call Of Cthulu detective Rpg game, and have always wondered why we haven’t gotten more RPG Lovecraftian games.  Granted, the RPG genre is always hard to pull off when you start adding horror or horror-adjacent elements to it.

But then I stumbled across Frail Hearts: Versicorae Domlion, which looked like a visual novel meets love craft meets Jrpg. So, in other words, exactly my shit. I was not disappointed except for the fact that it is still so hard to actually comb through Steam releases. It’s wild that it’s been decades, and they still haven’t found a good way to sort that stuff out. But a few pages deep into indie horror and I found it.

Frail Hearts takes place over the course of four characters’ stories, Micheal, a gangster; Anne, a self-proclaimed bookworm; Arthur, a scholar; and Catherine, a nun. After a brief tutorial, we are given the option of going through all stories in any order we want. Each character has their own unique abilities and specials in combat, making each character not only complement each other but stand out from one another.

I couldn’t believe that this game was made in RPG Maker. Developer Sezhes has some fantastic pixel art here. That’s not discounting games made in RPG Maker, I love RPG Maker horror games. But there is a level of detail in the graphics I haven’t seen before from the program here. The level of detail in its pixel art character and monsters is fantastic. Mix that with the just outstanding soundtrack that manages to covey a lot of emotion and brings us from fast, frantic stress all the way to calm and brooding. When looking at RPGs personally, if you don’t have a banger of a soundtrack, it really dampens the experience. Thankfully Frail Hearts doesn’t have that issue. The story here isn’t your typical Jrpg down-on-your-luck hero. Instead, it’s a dark, melancholic story.  For example, Nun Catherine starts her journey at the Church. Having returned from a pilgrimage bringing news of the damages the great war has caused. Then during a deep prayer, a broken man enters the church, and very quickly, things turn south. Tentacles start coming out of him, and a battle begins. Because Catherine is a Nun, she cannot use weapons but instead focuses on healing. Each character has this sort of intro scene, giving you a feeling of how each player feels. It’s a great way to teach us its systems while pushing the story further.

Frail Hearts really feels like the complete package. A fantastic story filled with terrifying monsters and despair, a killer soundtrack, and a really good detailed pixel art style. The way you move around the map feels very nostalgic to the old school RPGs, almost like Final Fantasy Tactics or Legend Of Mana, and just like those games, I wasn’t able to finish in an afternoon. But I am excited to hop back into it over the course of the week and try out the stories of the different characters and see how it fleshes out its theatrical-style storytelling. I feel like the story is going somewhere crazy, and I just can’t see where it’s going to end. But if you are a fan of RPGs or anything Lovecraftian, you should absolutely check out Frail Hearts: Vesicorae Domlion.

For more interviews, reviews and features, stay locked to DreadXP and go order some of the Sucker For Love plushies! 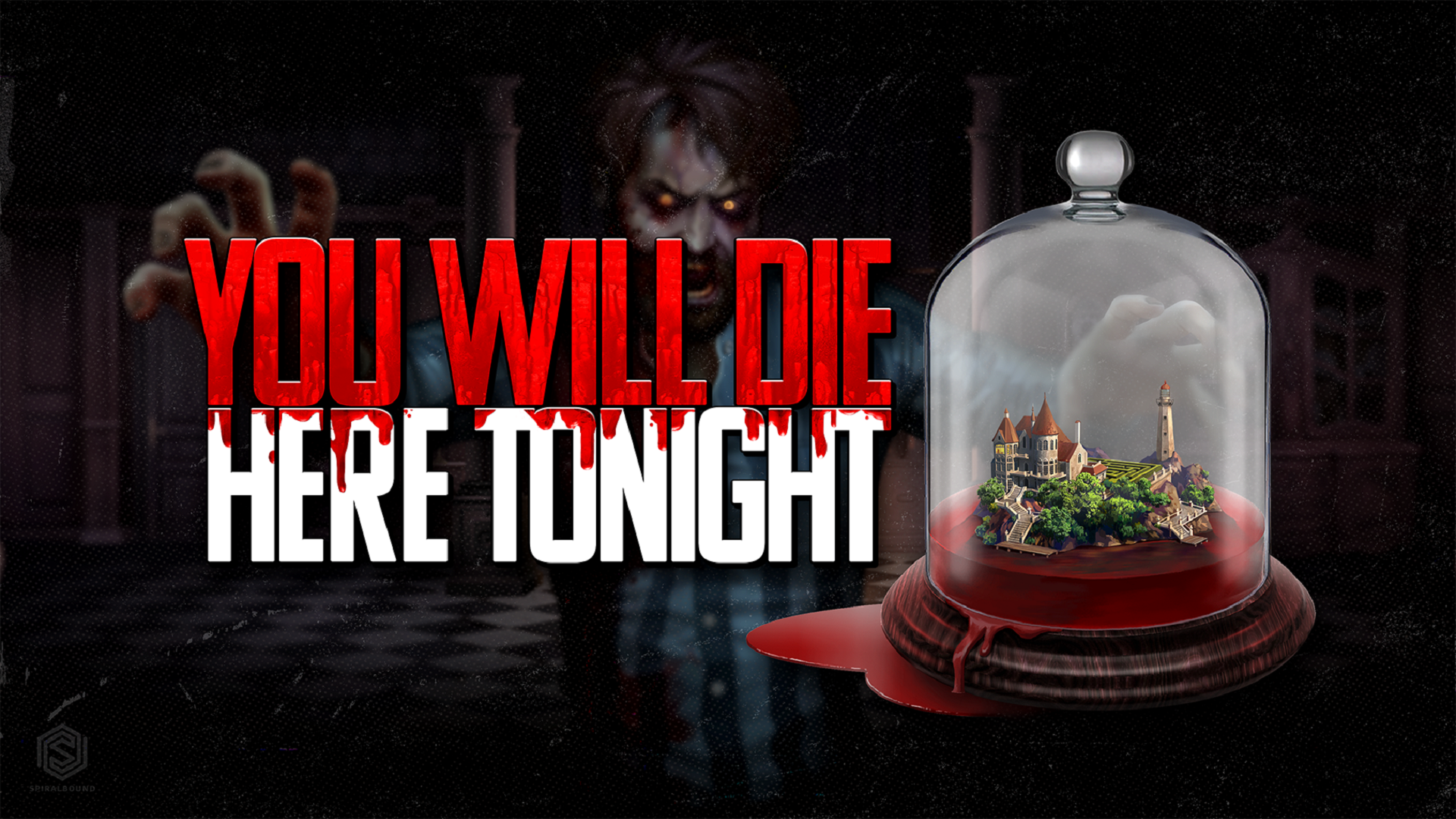