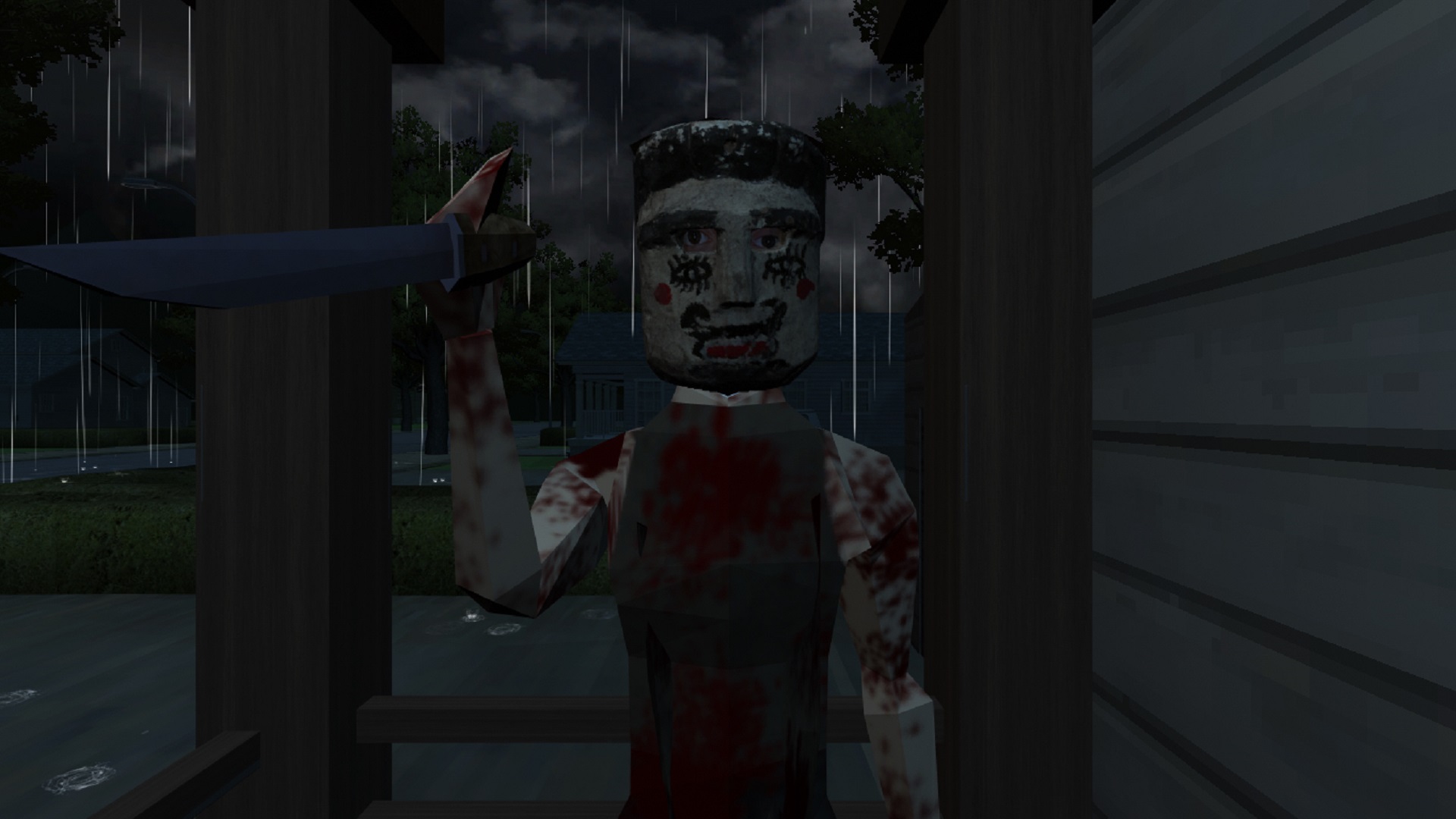 Night Of Carnage: Disturbia Gets A Little More Disturbed

After going on a whirlwind adventure of upgrading my graphics card and finding all these games that are fantastic to mod, I went with some classics, Resident Evil Village, Metal Gear Solid V and The Witcher 3, just to have some fun and push the 3080 a bit. But I took a few days doing that, and then I got the urge to just take it easy a bit. So I went on my usual Itch.io/ Steam hunt for fun new indie games to check out. I’ve always wanted to check out some more 616 games since The House Of Rats hit so well for me, plus they have that PS1 mixed with eighties VHS style down. I’m always seeing Blood Camp and the Poop Killer series up on Itch.io too.

So I went to their page, and they had this awesome new release, Night Of Carnage, inspired by Disturbia, Night Of Carnage sees us play as Adam. A thirteen-year-old who lives with his mother. One night on the news, there is an announcement that there is a murderer on the loose. And just like with Disturbia, Adam begins to suspect his neighbor.

The events play out here almost in tandem with how they play out in Disturbia. Again, Adam hears a scream and happens to look out his window to find his neighbour carrying… something. Although this time, it’s a lot more clear that he is the murderer because of the giant piles of blood he’s leaving behind. But you go warn your mother, and she brushes it off.

The following day you wake up to your neighbor having a conversation with your mom. Something has happened to his house, and he needs a place to stay tonight. That evening you see your mother and Mike (the neighbor) head over to his place, followed by a blood-curdling scream. Adam rushes to call the police and what happens next is something I did not expect. It was legitimately creepy as hell. To sum it up quickly, the murderer is here. He smashes through your garage window in what has got to be one of the creepiest house break-ins I’ve seen in a long time.

Adam successfully hides and waits for Mike to leave. You search the driveway through the binoculars again. Unable to see anything, you decided to leave your room. I won’t spoil the ending, but it takes this incredible turn that actually had me laughing pretty hard. You are given a choice, and with each option, there is a different ending. If you’re going to check out Night Of Carnage, you should choose not the window. That’s all I will say, but it will be a good time.

Night Of Carnage goes to show that 616 games have respect for the inspirations they are pulling from while also willing to go to the extreme. With House Of Rats, it was an insanely dark route to take, and here is this scary but alleviating tone especially went it comes to the ending. They nail this vibe down with some great eighties-style synth and the bobblehead-esque nature of the character designs. With the playtime lasting around fifteen minutes, it was a great short experience that fans of the home invasion horror genre should check out for sure.

I would like to see a more expanded version of this where maybe we go to the neighbors’ house and see what’s going on in there, kind of adding to the Disturbia influences there. But overall, it is a great time. I think what 616 games are doing, granted I’ve only now played two of their games. Is good shorter experiences that wear their inspirations on their sleeves while still pushing it to a new level.
You should go check out Night Of Carnage on Itch.io and follow 616 games on Twitter.

For more interviews, reviews and features, stay locked to DreadXP, and go get scared shitless by playing The Mortuary Assistant.