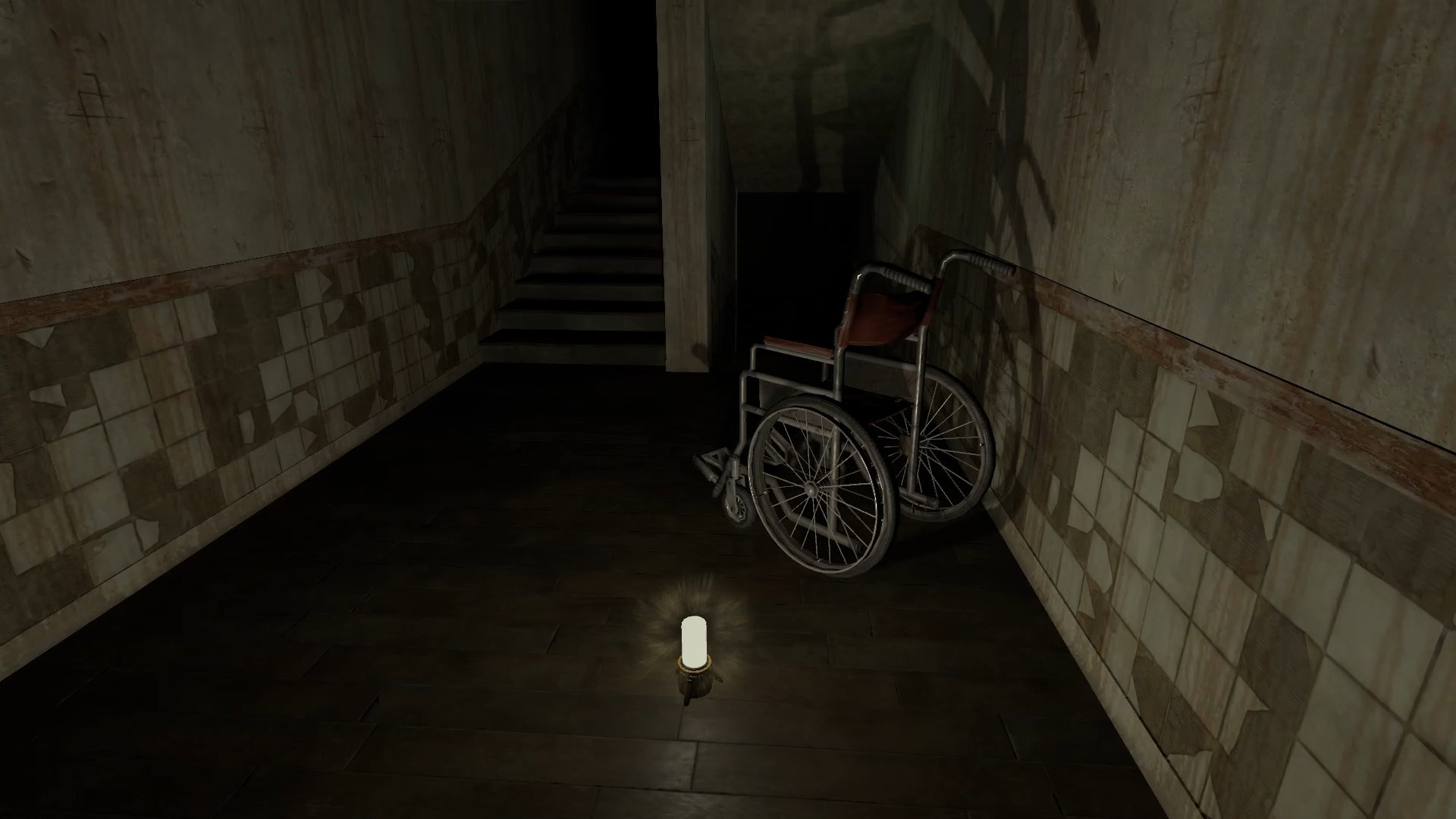 I’ve had a group of ghost hunters that play Phasmophobia every week, give or take a week, so I jumped at the chance to try out another ghost-style co-op game. Thanks again to my good friend Rachel for trying out Paranormal Hunter with me. It took about 2 hours to figure out and escape the house. Paranormal Hunter will be up to four players upon release.

First thing, Paranormal Hunter shares some DNA with Phasmophobia. But the similarities are a few. Firstly you grab some gear and set your loadout, of which you can only carry eight items on you. Four on our person and four in your suitcase. When you start the map, you begin at the door with your teammates. Unfortunately, Paranormal Hunter wasn’t super clear with what the goal was. So Rachel and I started just walking around the house (after some control issues), and we died to a ghost chasing us very quickly. So we went through and read all the item descriptions. I went through and looked at the help menu, which tells you that you have to collect cursed items. Two pomegranates and three hands. Why these items? I have no idea, and it isn’t explained. I should also touch on the fact that it took us upwards of 5 minutes to join each other in a match. This is because every time you escape the game, it puts you in a different region for multiplayer, and we found that we had to be randomly selected to be in the same region to be able to join each other.

After being more confident in what we had to do, we geared up, and back in we went. The flashlight also serves as a UV light that destroys the ghost that chases you throughout the house while you look for items. Very quickly after you destroy the ghost, it respawns. By the end of our playthrough, it felt like it was almost every minute, which means waiting for the ghost to show up and then UV lighting it until it disappears. It became a chore after the second or third time. As you have to keep fighting this ghost lady off, you need to scour the house for these hidden objects.

After finding four of the five objects, we eventually found the summoning circle where you need to place these objects. We then ran around the house for twenty minutes, slowly running out of batteries for our UV lights, and after seeing our sanity hit zero, we both just died. It was a little infuriating because there didn’t seem to be any indication or clue as to where the last item was. There is an item that will make a noise when you are basically in the same room as an object, but then it immediately breaks.

So for our last run through the house, we loaded up on these pinging crystal items to help locate the objects, a spare battery, and some sanity pills. While running through the house again, we quickly realized that these items don’t move, so repeat runs through the map would be incredibly quick. But we were able to track the last item down by using the crystals we brought. Once we placed all five items ( two pomegranates and three skeletal hands), the room shook and then faded to black. We made it. Once you successfully escape a map, you’ll gain some money to buy more items to help with future escapes.

Paranormal Hunter has some good bones to it, there could be a very fun game here, but it’s going to need some love and updates to get there. Granted, this was only a preview build, so there could be some changes. Right now, it’s a little rough around the edges and doesn’t really have a push to replay its maps. However, I’m hoping this changes because underneath it all, it looks good, and before the ghost started getting on my nerves, it really is good at setting up its environment to be genuinely creepy.

I want to thank Rachel for going on this journey with me, we ended up playing for about an hour and a half, and it is always fun to go on paranormal adventures together! If you want to check out Paranormal Hunter for yourself, check it out on Steam!

For more reviews, interviews, and features, stay locked to DreadXP and listen to the Real Professional podcast!