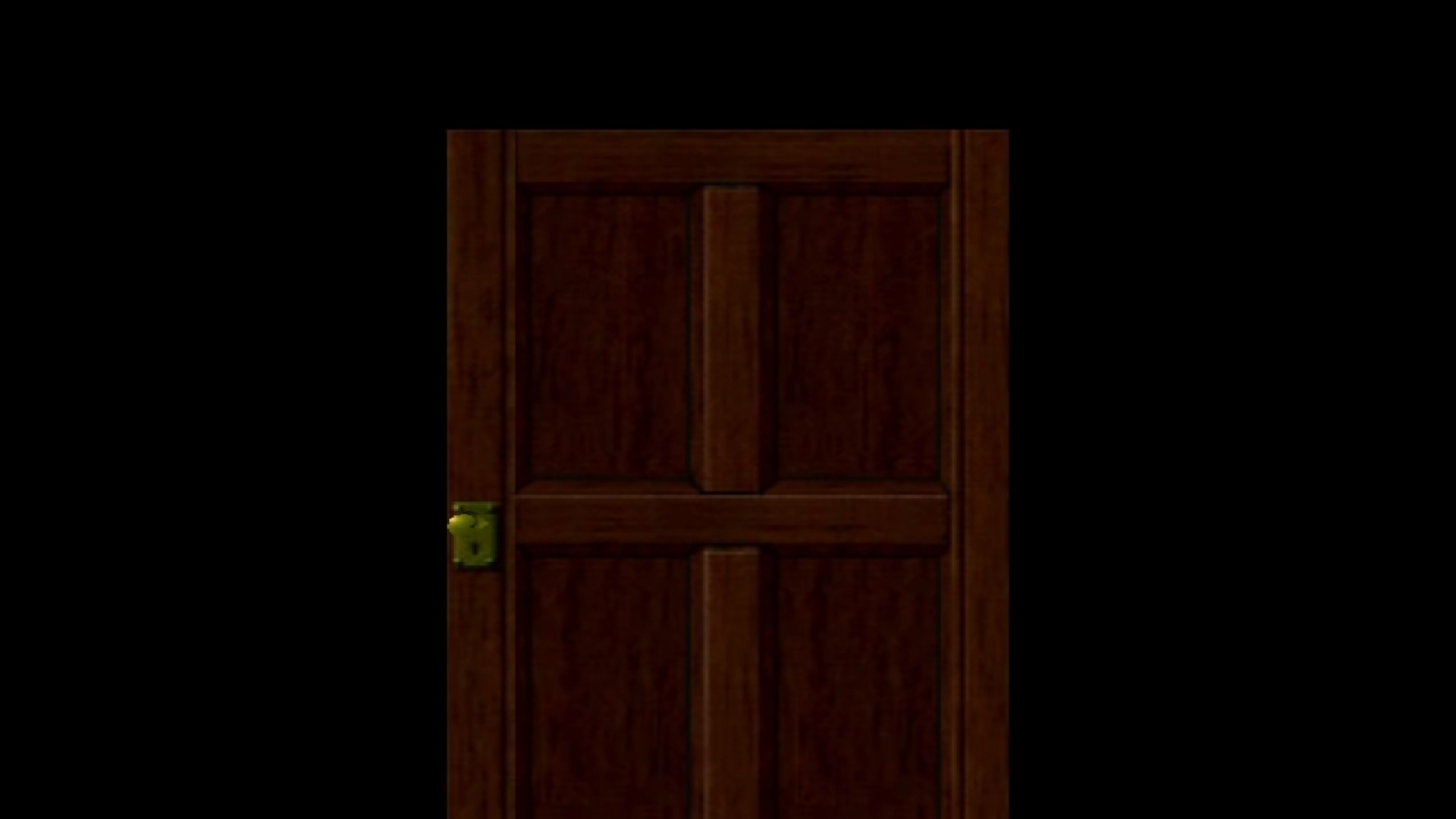 Pathways to Ruin – The Masterful Design of Resident Evil’s Doors

The screen goes black. A massive door looms before you. The latch clicks, the door swings wide, and you move through it. What sort of danger lies on the other side? That was always the big question as you played through Resident Evil. Twenty-five years later, those same doors still inspire fear in me.

The doors were a point of tense transition, shifting players from a danger they knew into something unknown. Is there a zombie close by on the other side? Decaying dogs? Something worse? A welcome safe room? You couldn’t know, and you couldn’t look before you leaped. As such, these memorable door-opening transitions (really just fancy loading screens) would impose these long, tense moments of dread that helped build the incredible atmosphere that would make this such an important game in horror.

Not being able to look before jumping into a situation was a big part of what made the doors in Resident Evil special. In just about any game, being able to see what’s coming next is a massive part of dealing with the challenges games throw at you. Whether by seeing a few feet ahead of your character, slowly opening doors to peek through them, or peering around a corner, you’d be given advance knowledge of what was next. Hopefully without immersing yourself in that danger too quickly. This way, you could handle challenges at your own place, or give yourself a few seconds to plan.

One of the core aspects of Resident Evil was taking that ability away. The Spencer Mansion is, by design, a cruel funhouse of strange, tight angles that rob the player of the ability to see danger in advance. Zombies can be inches away, but due to a tight shot of your character and the door, you can’t see them. You can only hear the groaning and shuffling coming from somewhere nearby. Then, the rotten zombie hands come into view, and you start to fire, knowing you won’t be quick enough.

Like the visual angles, the doors also keep the player from getting any advance knowledge of the next area. Once you choose to open a door, you boldly fling it open, striding through it into the next area. No peeking. This means that you could be walking into any amount of danger on the other side. More than once, I’ve had zombies pretty much on top of me the moment the game loaded the new room. This always left me scrambling (which isn’t easy with the game’s tank controls, so don’t expect to turn and flee).

This makes every single room transition into something to be afraid of. You won’t have any time to prepare for what’s next. Maybe you’ll be able to lift your gun and squeeze off a few shots in time, but that’s about it. Teeth will likely be sinking into your neck within seconds. Maybe worse, if you’re getting further into the game. You likely won’t fear these door transitions going into the game, but the further you get, the more scared you’ll be to see a new door in Resident Evil. Each one means some new terror lurking on the other side. Likely one you won’t have time to prepare for.

This is an intriguing effect, and something rare for horror. Fear tends to diminish as you work your way through a game as you naturally learn how to deal with each new danger. You grow stronger, or at least learn your enemy’s capabilities well enough that they’re less stressful or frightening. So long as you have a moment to plan, that is. With these door transitions, though, you don’t get much time to assess what’s coming to attack you. Maybe you have a second to catch a specific growl or roar, but that’s it. Even if you know the game quite well, you still need to react extremely quickly. Figure out the layout. Find danger. Target it for attack or run. Figure out where to run (then likely blunder into a second zombie). It happens fast.

So, even if you’re comfortable in combat against a more powerful foe, you need a few precious seconds to get your bearings and know where they are. The doors don’t allow you to pace this out yourself, but rather throw you into a new situation that you have to rapidly deal with. Your confidence in your abilities may be increasing over the game, but knowing you could be thrown into a room only inches from a hunter’s killing blow means Resident Evil rarely lets up with its tension. Instead, the things you need to fear only grow as you get further in the game.

The transitions themselves really drag this feeling out, too. That fear of the unknown isn’t something that ends quickly. As I mentioned at the start of the article, you move through this whole door animation that takes its time. You watch the doorknob turn. Hear that door click as the mechanism opens for you. Watch the door swing wide as you stroll right on inside. It’s a long process. Not more than a few seconds, but enough time to really wonder about the horrors to come on the other side.

This visual of a door opening, on top of making for a better transition than “Now Loading,” gives the imagination time to work in Resident Evil. You get a few moments to worry about what’s behind that door. You’ll be thrown into the thick of it in a few moments, but as you watch that door swing open, you have a few seconds for your imagination to create something horrible on the other side. That anticipation can be worse than whatever’s next, after all.

To me, horror, at its finest, is about the fear it makes you concoct in your own head. The imagined foes that lurk around the corner. The thing on the other side of the door. It’s the anticipation of that incoming bite to your neck that’s more frightening than the bite itself. The bite is almost a relief. You know how the attack will work. You have a decent idea of how much damage it will do. The range in which you can be bitten. When you know how those attacks look, you can deal with them using the tools and mechanics the game gives you. Step back. Fire a weapon that will kill the zombie faster. Once you’ve had a moment to assess, you can rely on your skills to deal with the issue. There’s less to be afraid of when you know what to do.

It’s the time during that door transition – before you know what’s next – that is filled with terrifying possibility. You get to really savor the danger to come. This concern never really goes away, as Resident Evil continually adds new foes or makes changes that add new dangers to the mansion. You never feel safe when that door is opening, and when it’s closed behind you, you have to deal with danger in a hurry.

When you open a door, your only thoughts are often of the danger and chaos on the other side. What new horror is there? How will you deal with it? How quickly can you react when it’s right on top of you? The doors play into this sense of fearful anticipation very well, giving players a few moments to worry about the danger to come before throwing them right into the middle of it with little preparation. They’re such a small detail, but that door transition, and how they function, are a big part of what keeps things terrifying throughout the game. They’re an incredible piece of design (among many in the series) that show why the game is such a vital part of the genre’s history.