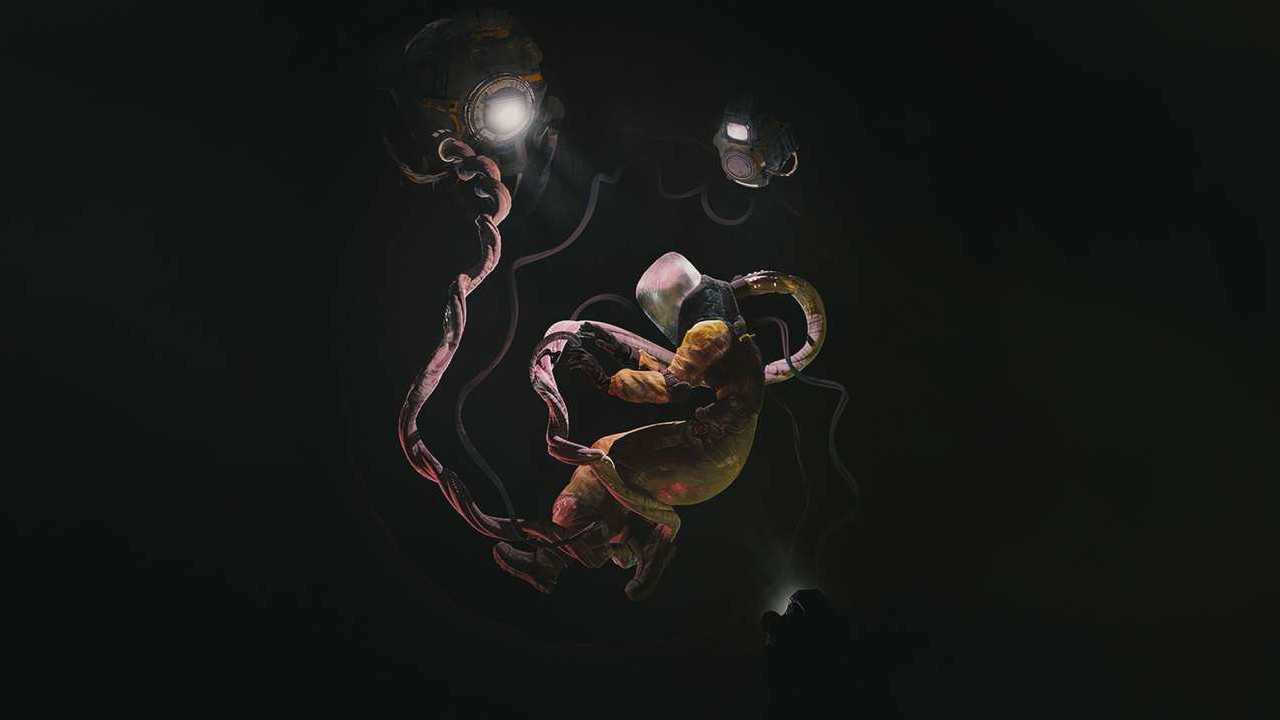 DX Gameworks isn’t a company you’ve probably heard of. It’s a newer company, touted as the first games publisher out of Brazil. Here at PAX West, they’re making a showing with games like Akane, but I was there for Umbilical. The wall to wall posters and screens of most booths at PAX were instead replaced with an expanse of white. I initially thought there might have been a printing mistake, but that idea was dispelled by Daniel Monastero, Chief Creative Officer for DX: “We had a giant booth at BIG [the Brazilian Independent Games convention]. Giant white walls”. He gestured broadly to give me a sense of how large.

We [Myself, Managing Editor Samuel Guglielmo, and Videographer Ash Slocum] were at DX Gameworks’ booth to see Umbilical, a title that I would soon come to find was one of the more intensely personal games I’d see at the show. Monastero pulled out a laptop and sat it on the counter. Umbilical was being shown by appointment. It’s release date far off into autumn of next year. Still, he seemed very excited.

Umbilical is an interesting title. You play as a humanoid in a spacesuit, attached to a long, alien umbilical cord. It immediately evokes something Cronenberg-esque: A body horror melding of flesh and something not quite flesh. It’s an effective shorthand for “not quite right”. This umbilical can be controlled independently of the humanoid, opening up opportunities for cooperative play. One player can control the humanoid with a controller, and the other controls the umbilical with a mouse. If playing single player, both the humanoid and umbilical can be controlled with a controller, with each side of the controller dedicated to the respective entity.

Why control an umbilical cord? Well, it’s not a normal umbilical cord. It stretches up into the sky and provides a light, a camera, and even offense against the hostile creatures in Umbilical. It also provides energy. When the player character runs, you can see energy pulsing down into them from the cord. When it runs out, you’re left in the dark while everything recharges. There’s a clear metaphor at work here about life and birth, which Monastero was happy to expound on.

“I have a child through IVF”, he says kind of out of nowhere. What followed feels too personal to quote here. The long and short of it was a father grappling with a set of feelings and experiences during a complicated time in his life. It has obviously informed his work on Umbilical. I wanted to confirm.

“So this was a very personal project for you?” I asked gingerly.

Daniel Monastero is clearly a father in more ways than one. Umbilical is tentatively scheduled for a 2023 release. You can wishlist it HERE.