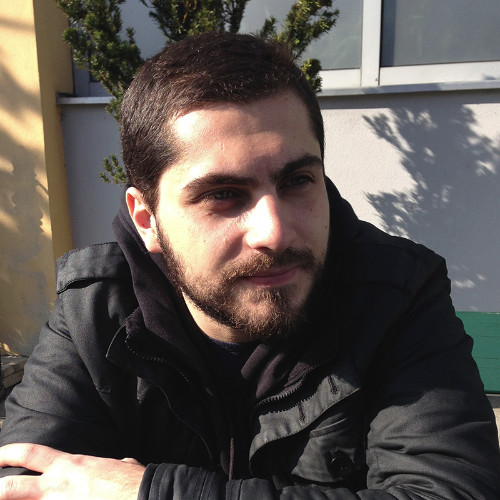 I recently got to sit down with Fabio from Pulsatrix Studios to talk about his time on Fobia St Dinfna Hotel. His inspirations and fan reception of the beloved demo.

Justin: Where did the idea for Fobia come from?

Fabio: Fobia started not as a game by itself. It actually started as a portfolio project. One of my partners Thiago, back at the beginning of 2018, he had an idea we were working for, a Finnish company at the time. And we were just trying to improve our skills and improve our portfolio. So we decided to get together and started working on a project on Unreal Engine. And at the beginning, we just started to sketch some rooms and started to feel what we were going to do. Just built environments and tried to set up some moods for some of the environments. Nothing that had any commercial purpose because we were just trying to build our portfolios. We spent, I don’t know, maybe almost a year working on some alpha footage for the project. The first time we showed it to the public, we received a lot of positive feedback from the players, and then we just realized that we might have something.

Justin: What were the inspirations behind Fobia?

Fabio: Our main inspiration is Resident Evil. I think it’s pretty clear when you just start playing the game. And Silent Hill is a huge influence. And also, the story of being in a hotel came from The Shining, and we’re trying to take some of the tense atmospheres for the Netflix series Dark.

Justin:  So you’d mentioned the positive feedback to showing the public the first build of this was. I know that you had released a demo as well. Were there any like lessons that you took from feedback from the demo that you were able to turn around and apply to the full game?

Fabio: We learned a lot working on the preview versions of the game. Because actually, before this final version, we started it from scratch, I think four times. And then, after we released that demo on Steam, I think it was on August 20, 2020. We made a crowdfunding campaign here in Brazil that succeeded. That’s when we started to get public attention. And that’s when we began talking to maximum games to partner with them. It was based on this demo. So I think this process learned, help us a lot. And we heard a lot of feedback from the public, like mechanics, that they’re not enjoying that much. I think we had like two batteries on the camera on the first demo. And we decided to remove it from the final game because people were not enjoying it that much.

Justin: How long has Fobia been in development?

Fabio: It was about four years and a half. And most of the time, we were just working on it in our spare time. And then, after the demo in August 2020 that we had some funding, we started working full time on the project.

Justin:  So I do have to ask the idea of the camera not only being this way to see in the dark but using it as like a mirror to see to be able to see into another world. That was pretty awesome. Was the plan always to focus on exploration?

Fabio: Yeah, actually, the main feature of our game is the camera. I think it is what makes us stand out from different games. And I think the idea of exploration was always the focus for Thiago and me since we were environmental artists before starting to work full time on Fobia. So our main skills were to build environments to build lighting and other kinds of stuff. So basically, what we could do is to build nice environments, and we decided to make a game focused on that. I think it’s the most fun part of the game.

Justin: Oh yeah, I love the exploration, especially early on when you are in the house, and as you’re getting different keys, the house is slowly starting to change. And there’s a moment where you turn a corner, and one of the mounted animal heads is turned and facing you, but it was all very natural and made it a very surreal and creepy moment.

That creature/monster design is creepy as hell. Did you pull inspiration from anywhere?

Fabio: Yeah, we tried to gather references from all kinds of monster designs. I think some of our favorites were monsters from Dead Space and monsters from The Thing. , We tried to focus a lot on the design because we know that as we’re just a small studio, we were at a maximum of ten people working on the project. So we didn’t have enough time or resources to develop a lot of monsters in the game. So we just try to focus on creating more creepy details on the ones we have.

Justin: So who did the sound design for specifically the like the first ones you come across with like the really glowing hearts that kind of like shuffled towards you and then when they’re right in front you just kind of launch towards you.

Fabio: His name is Julian Philippi. He’s a composer and musician. So the voice of the monster is all his voice. He uses synthetic key plugins on the computer. And the sound design was one of the best parts of the game.

Justin: I do want to touch on a very, very big part of the gameplay in Fobia. It is very, very puzzle focused. What was that kind of always the case?

Justin: Yeah, I mean, some of the puzzles are like you really have to think. But again, it kind of leads to that; the best way I can describe it is like the AHA feeling. Like you’re kind of thinking about it when you’re not playing the game. And then the second it clicks in your head, you have to like rush back to the game.

Fabio: I think that’s one of the main parts of the game that I think maximum games helped us a lot on. I think one of one of the points he brought to us in our first meetings was exactly that we need to get the player this feeling. We divided the puzzles in the game into two parts. It’s the primary puzzles, which are the puzzles that take the base story forward and helps you to finish the game, and the secondary purposes, which are a lot harder and more demanding. So a lot more creative feet thinking and exploring addition and combining items and all that kind of stuff. And we just try to make it a reward for the player. So we, I think we had a pretty good job. We just spent like days watching YouTube. All different kinds of puzzles, like puzzle boxes, and trying to think of ways how we can reproduce them inside the game.

Justin: So now that Fobia has shipped, After some well-deserved time off. Have there been talks about it? Like your next plans? Like if you guys have like another game in mind?

Fabio: Yeah, I mean, it all depends on how well Fobia performs. We have plans and material enough to make multiple sequels. It’s been such a pleasure to work on Fobia, and I hope everyone enjoys it as much as we do.
I just want to thank Fabio for taking the time and sitting down with me and talking about his passion for Fobia. I really enjoyed Fobia and cant wait to see what the team gets up to next!

For more interviews, features, and reviews, stick to DreadXP and check out Dread Delusions!