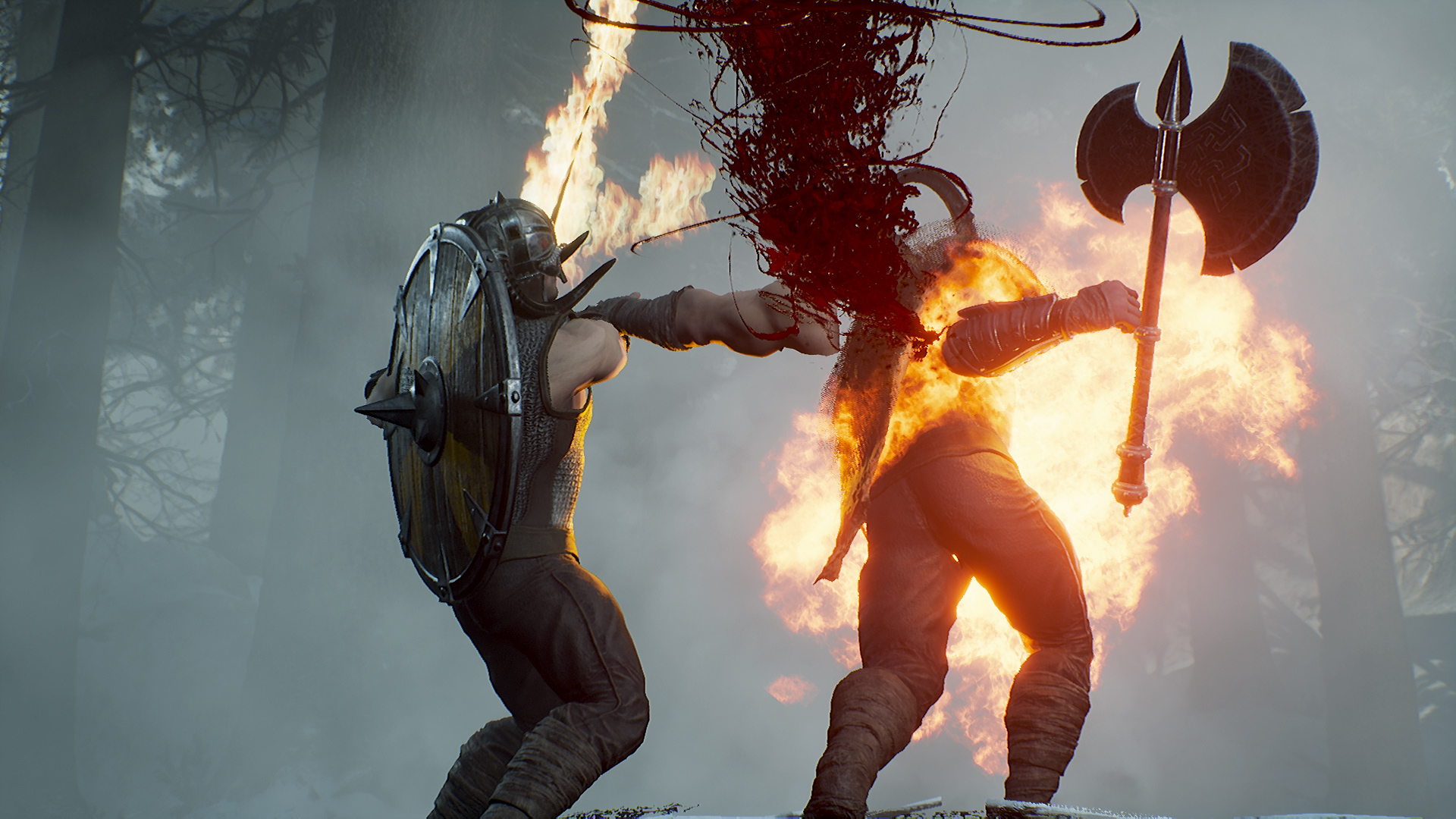 This is an interesting twist of events. Just yesterday, I published a story about the launch of RUNE II. I hadn’t had a chance to play the game yet, but had heard whispers online that the game was launching prematurely. It isn’t rare for these kinds of open-world crafting games to launch before the fan base thinks it’s “ready.” You launch as a buggy mess, let the players serve as an extended QA team, and in a few months time the game is (hopefully) in a more final state. Such is the way of the world. So I didn’t pay the naysayers much mind. Then, I got this email from Bethesda:

“Sadly, we had to wind down the business of Human Head Studios and close its doors, which was particularly devastating due to the passion and creativity of the team we’d assembled,” said Chris Rhinehart, Creative Director, Roundhouse Studios. “We reached out to our friends at Bethesda for help, and they saw that same creativity and passion in our team. With the formation of Roundhouse Studios, Bethesda offered every employee of Human Head a position at the new company. We are excited our team will remain together, pursuing the work we love, as part of a company we already know and admire.”

The developers at Roundhouse Studios represent more than two decades working together on a variety of games and genres, including RPGs, shooters, action-adventure games, and more. The original developers of Prey, the team is well known for developing titles like Dead Man’s Hand, Rune and Rune II, and Lost Within, and contributing to blockbuster releases like Batman: Arkham Origins and BioShock Infinite.

“While sorry to hear of their challenges as Human Head Studios, we were excited by the opportunity to bring under the Bethesda umbrella this talented, established development team,” said Todd Vaughn, Senior Vice President of Development at Bethesda. “We are delighted that the entire staff will remain together and is now part of the Bethesda family.”

Roundhouse Studios is the second development team to join Bethesda in the last month, following the recent acquisition of Alpha Dog Games, a mobile-games studio based in Nova Scotia, Canada.

So… what does this all mean for RUNE II? I know the game is “launched,” but come on. These kinds of games live off of their frequent content updates. I can’t think of a single survival game that has lived long after its final update. Who’s going to update the game? Suddenly, those rumors that RUNE II was rushed out the door took on a much darker tone. Is RUNE II dead before it even begins? The story gets even stranger when you read the team’s statement on the game’s forum. Post by RUNE Mitch:

Yesterday, we successfully launched RUNE II onto the Epic Games Store and the game’s demand has exceeded our expectations. We’re very thankful that everyone wants to play our game. First and foremost – we love this game and we will continue to support RUNE II. James and Mitch are still here to answer questions and provide the same great open communication and transparency that you’ve come to expect from us.

Today, developer Human Head Studios announced that they closed their doors and will be starting a new studio. This is shocking news to us, as there are several entities working on RUNE II – we found out about this news when you did. Human Head had a longstanding agreement with RUNE II’s publisher, Ragnarok Game, LLC, to provide ongoing support for the game. We are working quickly to resolve any current technical issues while we build the team that will execute the exciting planned future of RUNE II’s post-launch content strategy. We appreciate your patience and understanding while we work through any launch issues.

Our plan remains to continue working on RUNE II and launch onto other PC platforms in 2020. We’re excited to show you the future of RUNE II content. Stay tuned!

Thank you for playing.

So according to this post, not everyone knew the studio would be shutting down. Which is pretty shitty. Luckily, it seems that the game’s publisher, Ragnarok Game, will be assembling a team to work on future content. Whether or not this means the game will still see expansions and updates or just bug fixes is unclear. Does money from sales go to the now-defunct Human Head Studio and their new project? Or does it go to the new team for new content? Currently, these answers are unclear.

I have reached out to the studio for a comment and will update the story when I learn more.