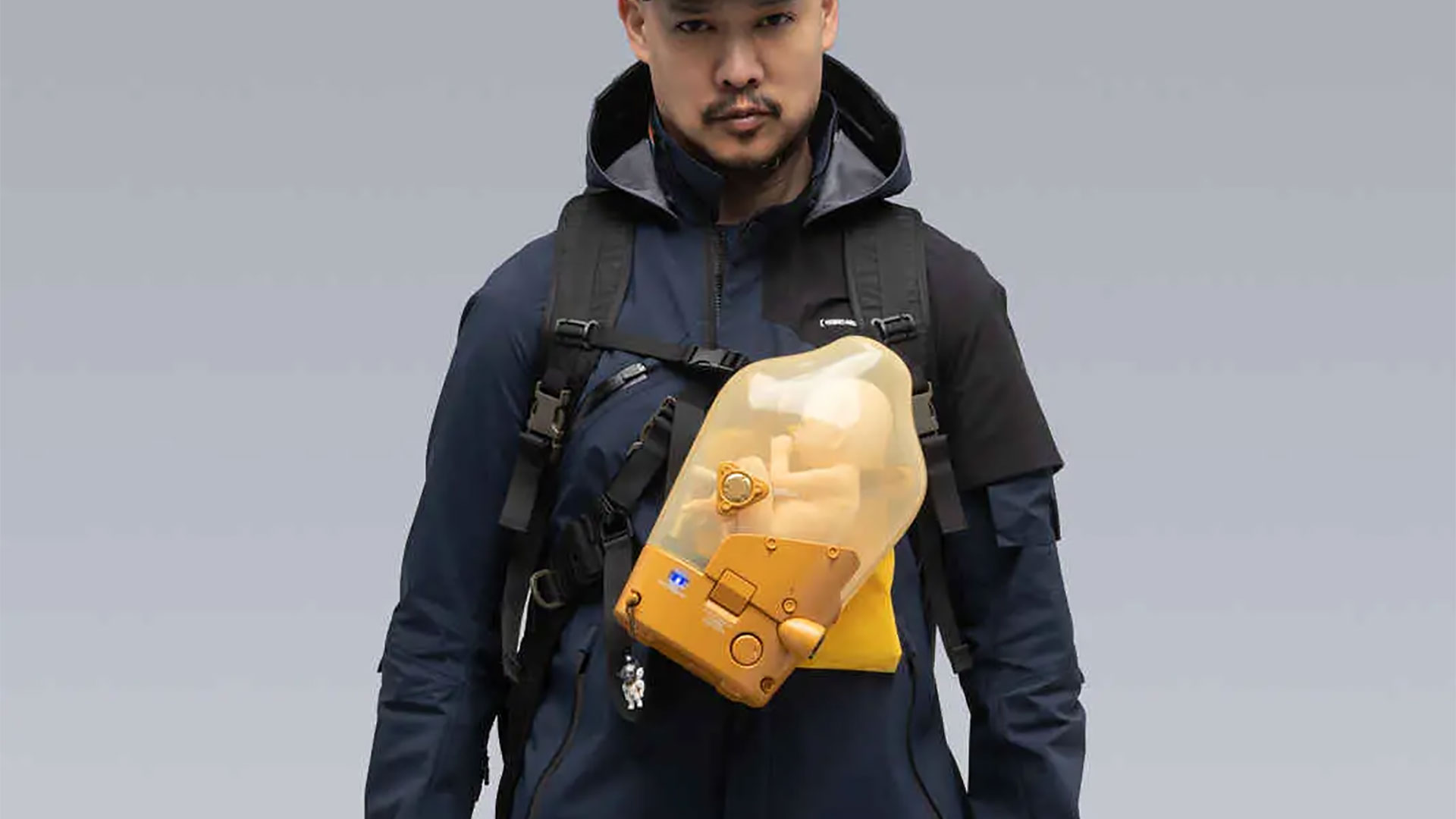 Video game apparel has always been a mixed bag. Sometimes you see a character wearing something and realize it was done for the express purpose of monetization, like the Mario Odyssey hat. Sometimes a logo becomes so ubiquitous that it surpasses the reference and becomes a cultural icon, like the triforce. And sometimes, a shitty piece of apparel is hyped beyond any possible reality, like Watch Dogs’ special edition that came with Aiden Pearce’s “Iconic Cap.™”

This is something else. It’s an anomaly, a black swan, I have to hope. Death Stranding now has a jacket. This is an Acronym brand jacket, in the style of the Bridges organization, the aspiring Americana government in the post apocalyptic world of the game. The jacket features some of your favorite features from Death Stranding, like a hoodie, a zipper, and two sleeves. Pictured too is a large yellow pocket on the front, reminiscent of the baby jar Normal Reedus carries in the game. At least I assume it is. It looks like a manila folder stapled to the clothing model’s sternum. Certainly an eye catcher.

The jacket costs an astounding $1900, which you cannot buy it for now because it was sold out almost immediately. Acronym brand clothes are apparently similarly priced, though that is more an indictment of the clothing market than it is of Kojima Productions. Admittedly, the clothing of Death Stranding is pretty cool, and I highly recommend this interview with Hideo Kojima’s art director, Yoji Shinkawa, about his creative process. It is unlikely the apparel will be back in stock anytime soon, but for more reasonably (but still extremely overpriced) Death Stranding clothing, you can check out Kojima’s online boutique here.