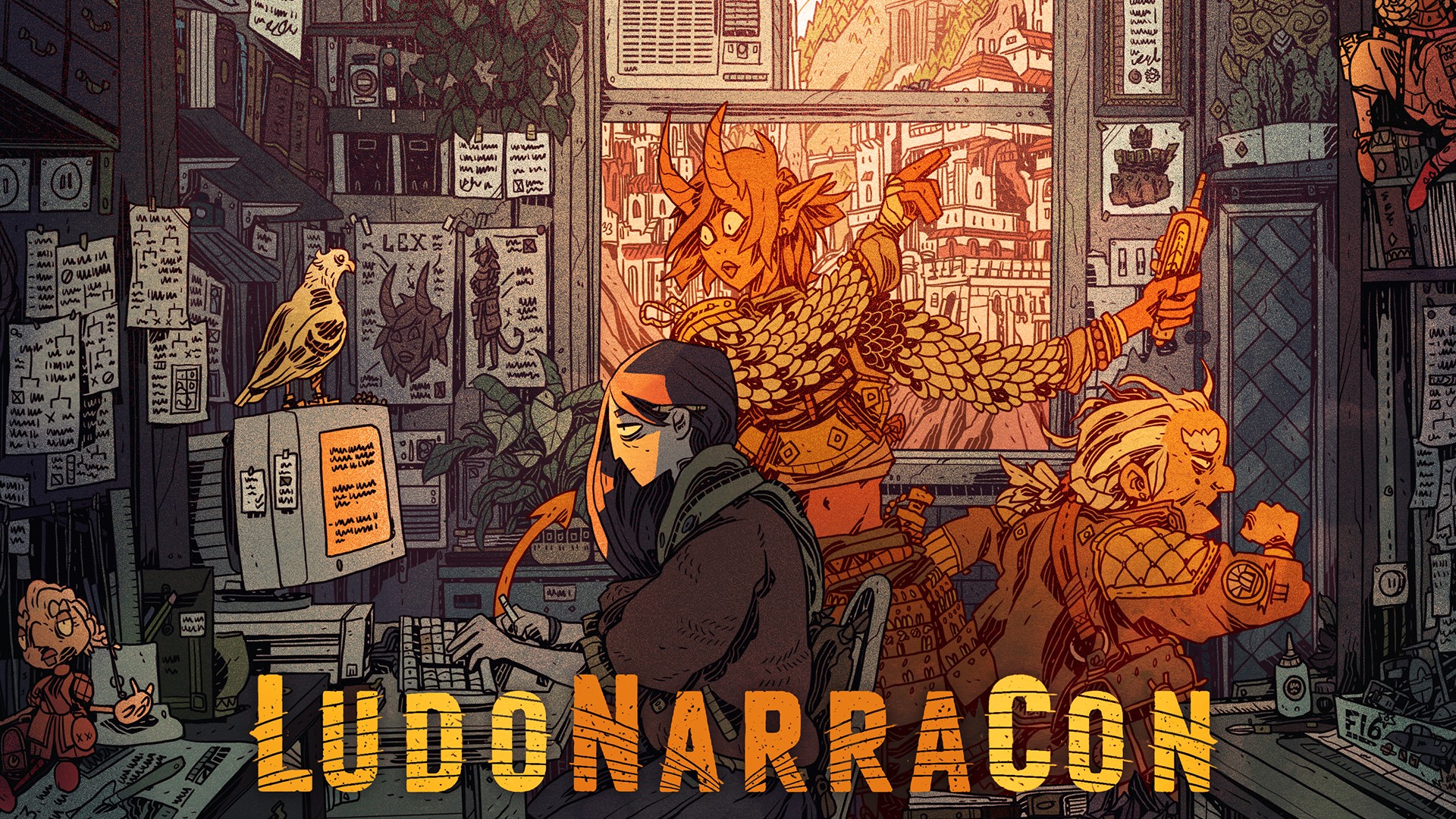 No matter how long I do this job, I never get tired of conventions. I bitch and moan every year about the crowds, the travel, the lines, the smell… oh god the smell… And yet, I still get that spark as the doors open and a whole legion of nerds come together. If only there was a way to get that excitement and energy of a Con without having to book my flights a year in advance and survive on nothing but convention center nachos for a week…

Well good news, homebody Con fans. LudoNarraCon has heard your cries, and come up with a digital solution. Coming to Steam on April of 2020, LudoNarraCon will bring you that same feeling of community and discovery without all the smell. Hosed by indie label Fellow Traveller, this will be the second time they host the event. If you want to participate, as a speaker of exhibitor, head on over to https://www.ludonarracon.com/. For more info on the event, check out the Official Press Release:

Indie games label Fellow Traveller today announced the return of LudoNarraCon, a global digital convention held on Steam that celebrates narrative video games, the people who make them and the fans who love them. Following a successful inaugural event in May 2019, which was experienced by more than 850,000 people and drove big wishlist increases for the participating games, LudoNarraCon will return bigger and better in April 2020.

Development teams can now register their interest to exhibit at the event and Fellow Traveller is also putting out a call for proposals for panels and sessions in the main theatre stream.

Submissions to exhibit or present a panel can be made at http://ludonarracon.com.

Organized by Fellow Traveller, an independent games label focused on innovative narrative games, LudoNarraCon replicates many of the aspects and benefits of the consumer convention experience but through a digital format and hosted on the Steam platform. With no fee to exhibit, no travel involved and no booth production required, LudoNarraCon provides an extremely low-cost platform for narrative game developers to reach a large global audience, no matter where the developer is based.

Here’s how it works:

The inaugural LudoNarraCon was held over four days in May 2019. Twenty-three games exhibited with developers participating from locations in Australia, Canada, France, Germany, Italy, Russia, Spain, Sweden, the UK, and the US. There were six panel discussions on topics such as Romance in Games and Procedural Storytelling with one panelist even taking part from a bus. The content was streamed live and then looped and the panels and some of the exhibitor streams can still be viewed via the LudoNarraCon website.

In total, more than 850,000 unique visitors came to the LudoNarraCon event page whilst exhibitors saw an average of 35,000 visitors to their “booths” (store pages). The unreleased games that exhibited saw typical wishlist increases of 4,000-5,000 with one game reporting close to 10,000 wishlists during the event.

Participating developers reported spending a fraction of the time they would normally put into preparing for and exhibiting at a major convention and of having almost no expenses for LudoNarraCon compared to thousands of dollars for a typical expo. Fellow Traveller revealed that the costs of running the event came in at two-thirds of the amount they would usually spend exhibiting at a major convention but the extra revenue generated from its games in the LudoNarraCon sale more than covered these costs.

“The first of its kind, LudoNarraCon was an experiment born out of a growing need to find better, smarter ways to promote the games on our label and to find new ways to pursue our mission of pushing games forward as a storytelling medium,” said Chris Wright, Managing Director of Fellow Traveller. “We’re incredibly grateful to Valve for supporting our crazy idea and for the developers and panelists that came on board. The results exceeded our wildest imagination and smashed all the targets we’d set out to beat. We are excited to bring LudoNarraCon back bigger and better in 2020 and encourage anyone with a cool narrative game or something to say about narrative in games to register their interest to exhibit or speak.”

Whew, that was quite the press release. Personally, I love the idea. So often, convention halls are dominated by companies with the most money. We’ve seen Comic-Con slowly devolve into an extended add for the newest Marvel/DC movies/shows, and the E3 floor space for IndieCade is smaller than the Square Enix “booth.” Horror, as a genre, is made by its explosively successful indie titles. Titles you would normally never get to see at a major show. With LudoNarraCon, these smaller titles will get their chance to shine.

Guests are still being announced, so stay tuned as I let you know what horror titles you need to check out.