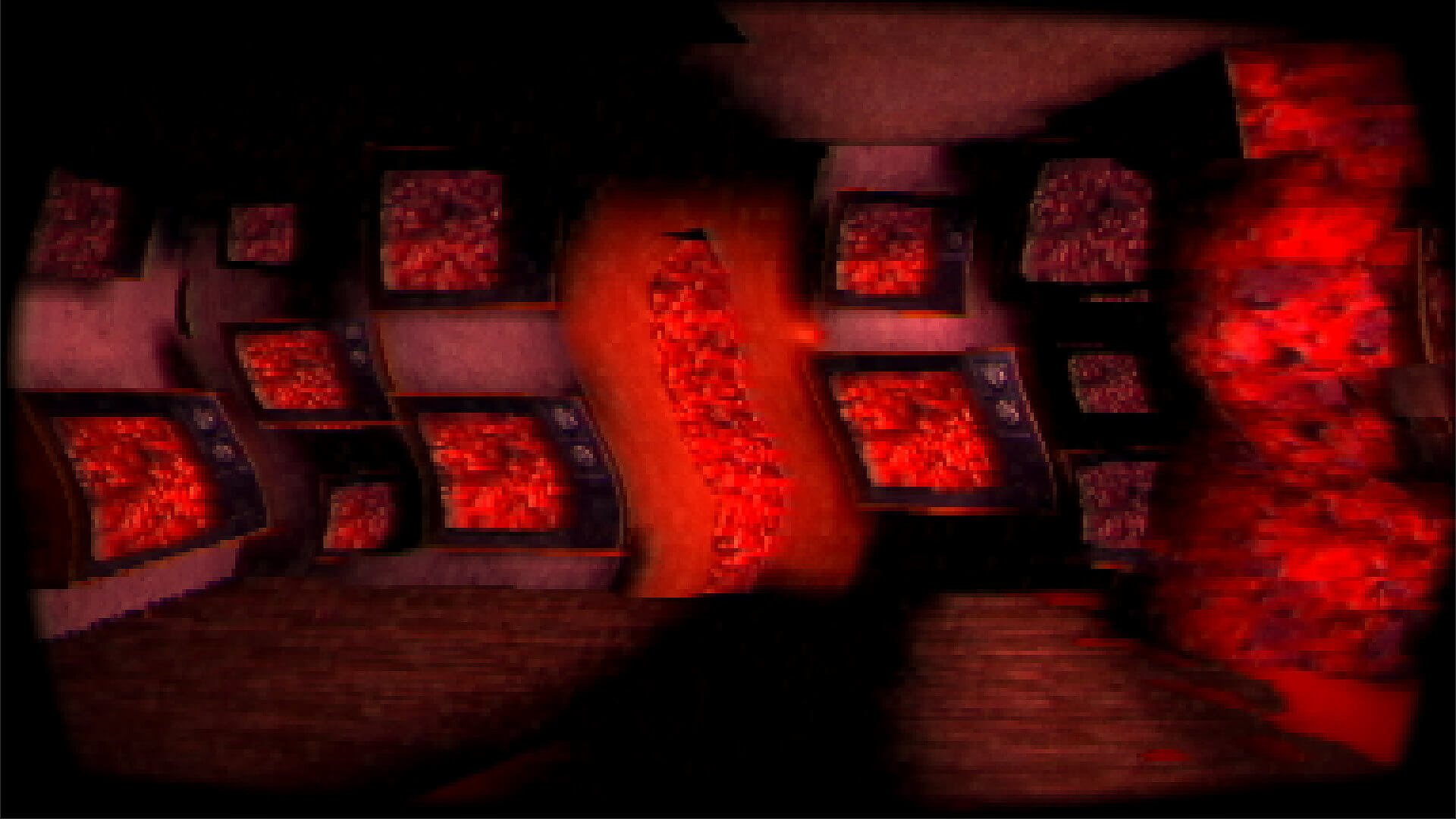 Following its ban from the Steam platform, \SPEK.TAKL\ Banned Edition will release this month. On August 18, it will come to itch.io. The horror-themed walking simulator, developed by Somewhat Software, will be available on PCs, MacOS, and Linux systems for $4.99.

\SPEK.TAKL\, originally submitted to the Steam platform, went through Steam’s internal review process. During the adult content survey, Steam banned \SPEK.TAKL\ from the platform with no opportunity for appeal or review. The reason, as Somewhat Software has attempted to ascertain, is because it contains depictions of real people in kink situations. All nudity had previously been edited out by the team and even censored in the original material, though some models were clad only in underwear. Though Steam is no stranger to sexual content on its platform, Somewhat Software presumes that the sticking point is the real actors depicted in the in-game television programming. The team went into more detail in a blog post. Despite Somewhat Software expressing interest in censored or altered versions, Steam allegedly did not provide the option before banning the title entirely.

Controversy aside, \SPEK.TAKL\ is a “late-night television watching simulator.” There are some puzzles, but many adult psycho-sexual themes appear in \SPEK.TAKL\. The protagonist moves into a new apartment, and promptly begins receiving VHS tapes through their front door’s mail slot. From there, one can watch them, sit on the couch and watch ordinary television (remixed exclusively for \SPEK.TAKL\) or acknowledge who, or perhaps what, is knocking on the door. The Banned Edition will also include a new ending and restore previously-cut material and music from the game.

Two full-time game devs founded Somewhat Software in 2017. Previous titles include I Make Saints and The Shape On The Ground. Their games eschew violence in favor of a more tense, unsettling horror experience designed for mature audiences.