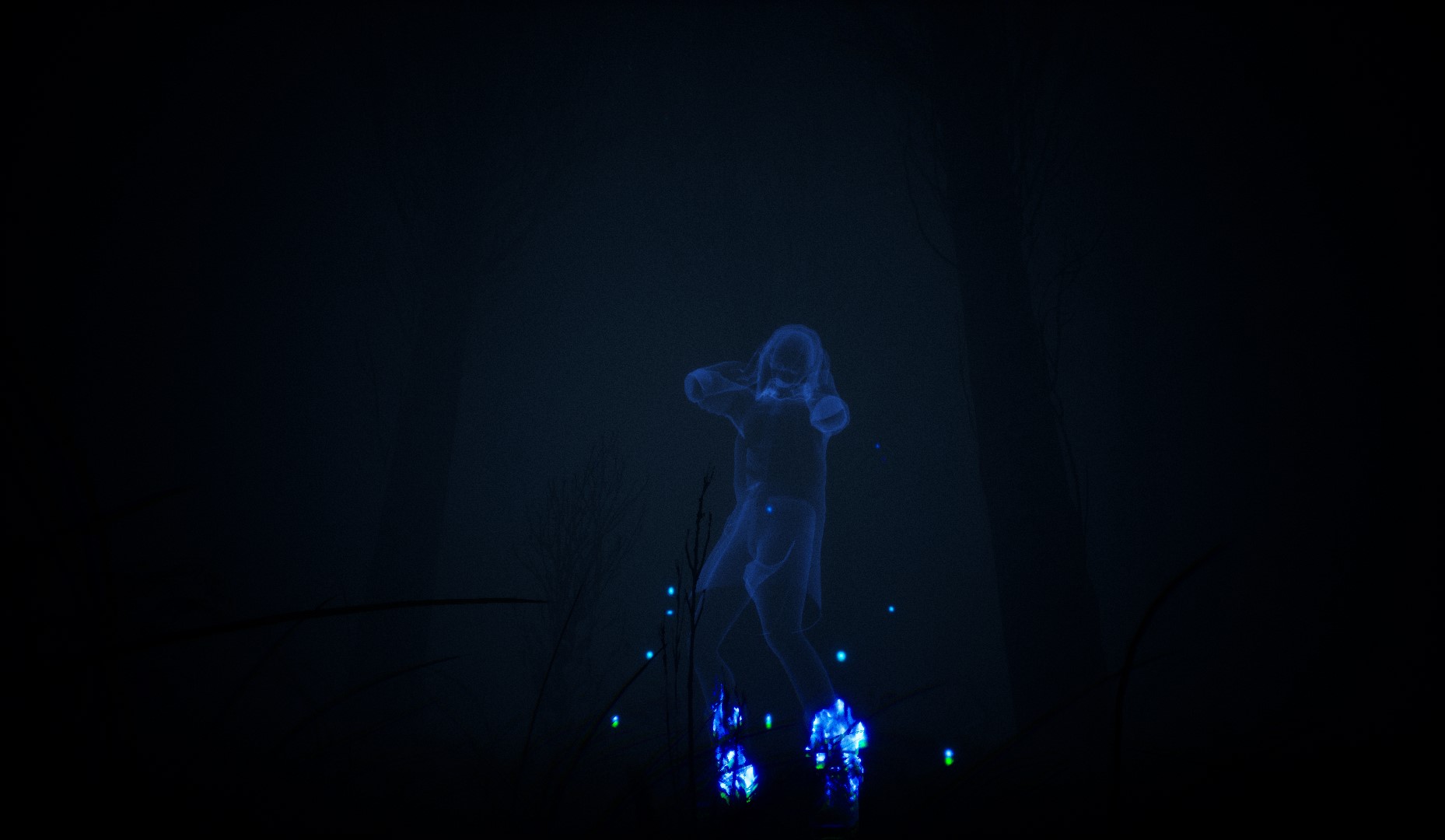 If you’re a fan of horror games, chances are you’ve spent several days worth of real-time lost in digital woods. God knows why anyone steps six paces beyond the tree line at this point. As far as I know, the only thing that lives there are monsters, witches, and well-dressed men with stockings on their heads. And yet, people keep finding reasons to get lost in them. I’m beginning to think camping is just an invention of the Big Forest Monster lobby to keep their constituents well-fed.

This is all just a fancy way of saying that Depraved is treading on a very familiar path. You play as Sarah, an archaeologist that passes out after investigating some kind of cursed ruin. You won’t really know this backstory unless you read the itch.io page description, as Depraved starts you off by plopping you right into the thick of things. Armed with nothing but a torch, your mission is to burn a number of coffins before your heat/sanity/health runs out. All the while, you must also evade spooky forest monsters looking to kill you. Because of course there are forest monsters. It’s a video game forest.

As you can tell from the screenshot above, Depraved is also hella dark. I don’t mean thematically. I mean that the above screenshot is actually one of the better-lit portions of the game. Most of the forest is retina-snappingly dark. Rather than give you a flashlight and ask you to play Red Light, Green Light with some monsters, Depraved instead gives Sarah a “Sixth Sense.” It’s basically the detective vision from the Batman Arkham games, but if every time you used it was that scene where Bruce Wane (spoiler alert for criminal masterminds villains who haven’t pieced together that the jacked billionaire is actually Batman) hallucinates his dead parents. Keeping the Sixth Sense vision on will drain your sanity and plague Sarah with disturbing whispers and spooky camera distortions. Lose all your sanity, and you die. Still, it’s worth it to see where to go.

I won’t lie. Depraved is pretty rough. And I’m pretty sure that the developer Donut0265 knows that. This is their second game, and their itch.io page is largely a laundry list of their repurposed assets. Actually getting around the forest can be a bit frustrating, as the detective vision makes it almost impossible to tell if a slight curvature in the earth will block your path. I also had some trouble figuring out how to light my torch, as for some reason there is only one side of the initial bonfire you can light it from. But hey, I’m not here to dunk on the little guy. Let’s talk about the positives.

I was legit spooked the first time I activated the Sixth Sense. The whispers slowly crescendo into overlapping screams, and it really made it unsettling to find your way through the woods. The camera distortions when you reach certain cursed areas were also effective. It might not seem like a whole lot of praise, but these bits are important. Crafting an unsettling atmosphere is a key part of horror, and can be hard to teach. Donut0265 certainly has a grasp on the fundamentals of spooky. My biggest suggestion would be to do away with the three different meters. It doesn’t really make sense to have the heat/sanity/stamina. If you need a ticking clock, just stick with the sanity and focus on making that aspect as interesting as possible.

You can try out Depraved by clicking here. Donut0265, unfortunately, does not have any social media to link to, but you can try out his other game Cannibal Country through their itch.io page here.