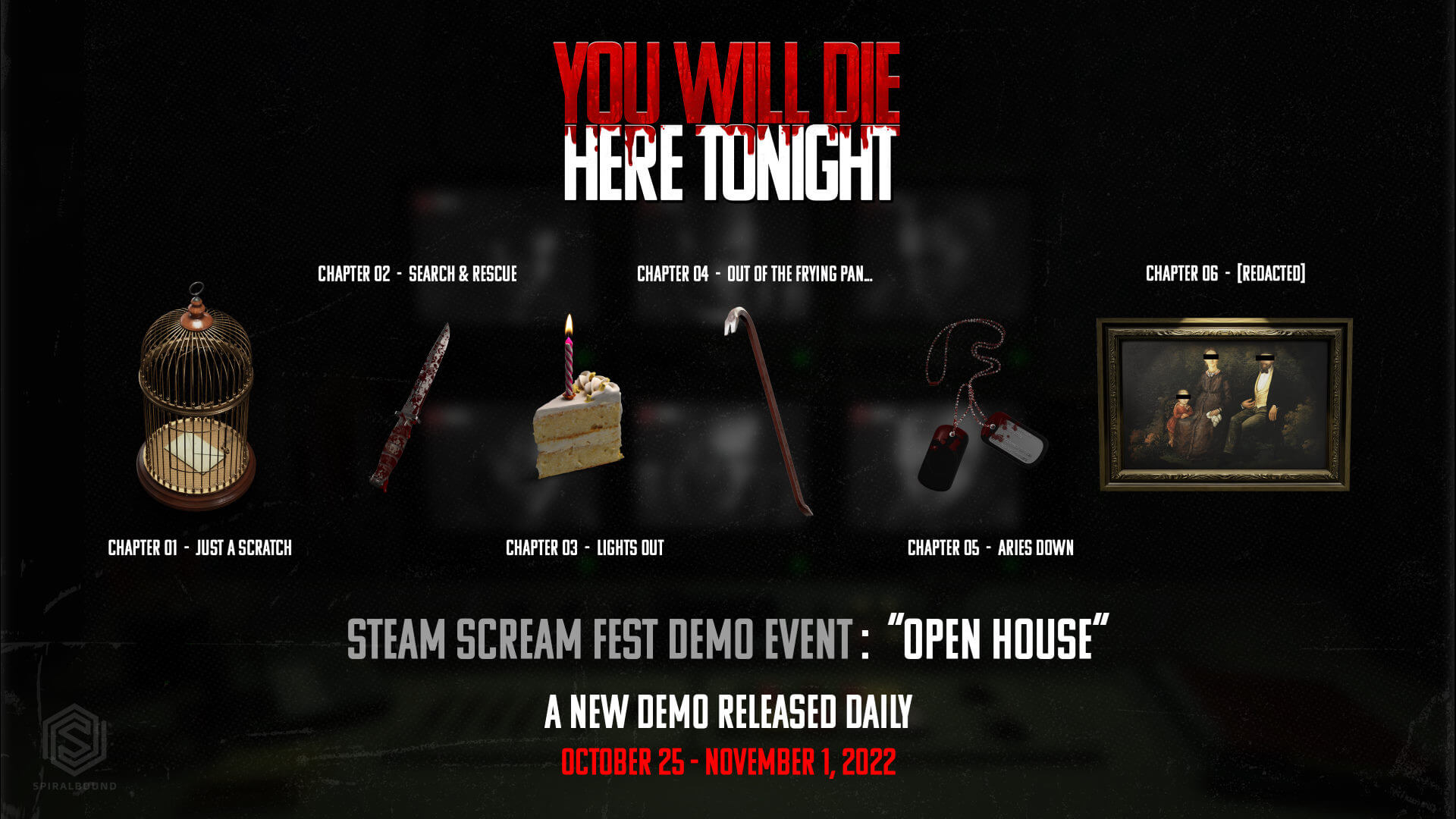 You Will Die Here Tonight is dropping a new demo every day for Steam Scream Fest. Several are out now, with more to come, but if you’re up for a tense experience with a half-dozen points of view you can wait until October 30 to play them all at once. Expect the full game to launch next year.

The first demo, Just a Scratch, stars ARIES Medic Ashley Kowalski. Unarmed and infected with a strange virus, she must find a cure before bleeding to death. Second is Search and Rescue, where Weapons Specialist Eric Downs begins trapped in a dining room, Ashley’s cries in the distance. Chapter 3, releasing today, is Lights Out. Demolitions Expert Javier Rodriguez will awaken in an unfamiliar room to the voice of his deceased daughter. Over the next few days, you’ll also run into Electronics Expert Mike Kelly as he outwits a basement full of zombies, Commander Vincent Charles as he wakes up in the entry hall alone, and Biological Weapons Expert Katherine Olsson as she has to deal with [redacted]. Each day’s demo will launch at 9:00 am PDT.

Each chapter will build on the others. You Will Die Here Tonight is a love letter to survival horror classics that combines top-down exploration with pulse-pounding arcade-shooter action. The ARIES Division members will fight or flee through the old Breckenridge Mansion by scrounging supplies, solving puzzles, and making decisions that affect them and their colleagues. Your actions have consequences which might help or hinder the rest of your team. Will anyone be able to survive the horrors lurking within the cursed 19th-century mansion?

Spiral Bound Interactive works out of Seattle. The independent game studio is working on its first title, survival horror game You Will Die Here Tonight. If you want to peek into their heads without eating their brains, find Justin’s interview with the team here.