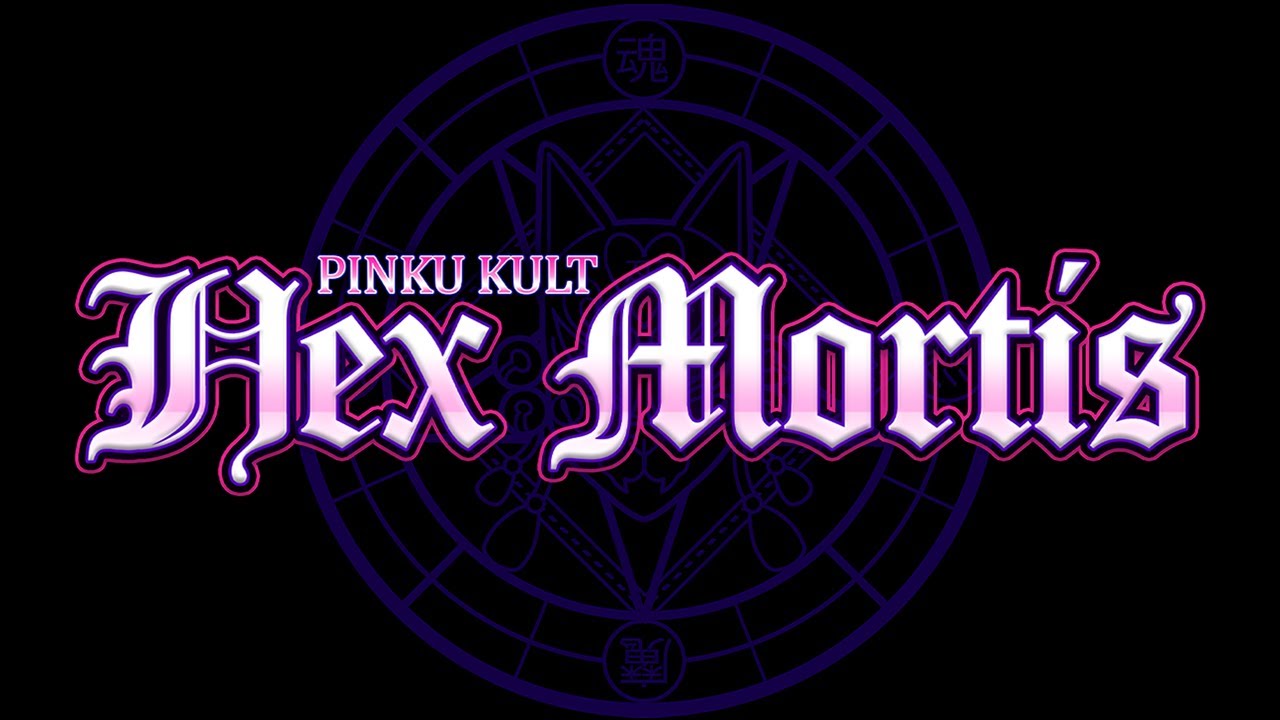 The horror RPG sometimes feels like a lost medium. Outside of my favorites like Dark Fear and…Dark Fear, I can’t think of too terribly many horror RPGs. Thankfully, Pinku Kult Hex Mortis has my back. Its turn-based combat, spooky settings, and overarching story are an absolute joy. I can see the cult status of this game bubbling beneath the surface. It just released a few days ago, so give it time. I expect to be recommended this game by folks who are deep into the cult stuff. Hopefully, Pinku Kult Hex Mortis can reach a more widespread status. I guess the first step would be more outlets covering it. Oh, hey-

Pinku Kult Hex Mortis starts you off making your own character. It sidesteps the need for things like “male” or “female” selection by having you pick a mask. The masks are all different animals, and playing through the game allows you to unlock more masks. The body type of your character is suitably androgynous, and it hits this sweet spot where you can imprint yourself on your character with little to no effort. I choose a goat mask, because Satan. I also had a smart shirt and some slacks, because I’m a professional god dammit. All fashion types are open to your character. Had I wanted to, I could’ve chosen any permutation of shirts, pants, skirts, dresses, etc.. I’m spending a lot of time talking about character creation because in an RPG, it’s usually the first thing the player is given any agency in, and Pinku Kult Hex Mortis shines in letting you be whoever you wanna be.

After settling on your character you’re dropped into a fairly simple story. You are broke, your rent isn’t paid, and you’re browsing the internet job listings when something catches your eye. A large company in town needs an investigator. No experience necessary. You’re paid upon extermination. This is of course strange wording for an investigator job, but you jump at the chance. The first case starts and you’re tasked with discovering why so many people have gone missing from the hilariously-named Razore City. Pinku Kult Hex Mortis plays out like this: You start a case, investigate, explore, and finally find the cause. In the first case, you find that there is a myth around town that by staring into the still waters of a local lake at night, you’ll see your true love. You arrive at the lake and meet Aka, a shy young conspiracy theorist who is staring into the lake; transfixed.

By helping him get away from the lake, you’re granted a party member. Pinku Kult Hex Mortis will be immediately familiar to fans of the turn-based RPGs of the 90s. You’ll move around a big map of the city, picking where you’d like to go. Once there, you’ll move around with your party and engage in battles. There are no random battles on the overworld map thankfully, and the battles inside locales aren’t random. You can clearly see the monster, ghoul, zombie, and flying eyeball wandering around. Bumping into it will trigger a battle. The battles themselves are fairly simple. Each character has a base attack, special attack, and a unique command. The main character has a “summon” command, while Aka has a “technique” command. There is no gear, allocating points, or anything like that. It’s a pure form of RPG. You level up, you get stronger. That’s the whole thing.

All of the abilities of all of your party members are unlocked from the outset. The catch is you won’t have enough MP to use them. As you level up and your MP pool grows larger, you’ll gain access to these more powerful abilities. Also moving through the world and solving cases will add to your party. I won’t spoil who you end up with, but will say there is no choosing of your party before embarking on a mission. The people you add stay, can’t be removed, and can’t be added except for story specific reasons. Pinku Kult Hex Mortis enthralled me so well because it has streamlined a genre that has become increasingly bloated. This simplistic approach made it so I could focus on the story and settings, instead of min/maxing my characters.

Speaking of the story and settings, it’s all very good. The art style is what I could best describe as “pretty dang anime”, but I really enjoyed it. Story beats are told through text boxes and static images. In these static images, you can see that the artist on the game took every opportunity to create beautiful, detailed pieces. The areas that you visit are all varied and memorable, from a spider woman’s love den, to a haunted circus ruled by an Alice in Wonderland-obsessed queen. It all comes off as very unique and interesting. There isn’t a lot to do outside of the main story. I would occasionally find a random thread to pull, but it would pay off almost immediately. Even when it comes to world exploration, Pinku Kult Hex Mortis values a streamlined approach.

I actually finished the game in one sitting. My final time was 4 hours and 1 minute. In that time I got all but 2 of the 30-some odd achievements and felt like I had been told a coherent, enjoyable story with sequel potential. It’s odd that I sit down and digest a game in a sitting and come away absolutely impressed and wanting more. The approach that Pinku Kult Hex Mortis has taken shows that they very much value the player’s time, but also want to leave them wanting more. As I get older, experiences like that thrill me more and more. 100+ hours of Elden Ring is one thing, but being able to take in a whole game in the time it would take me to watch Zach Snyder’s Justice League? That’s something special. 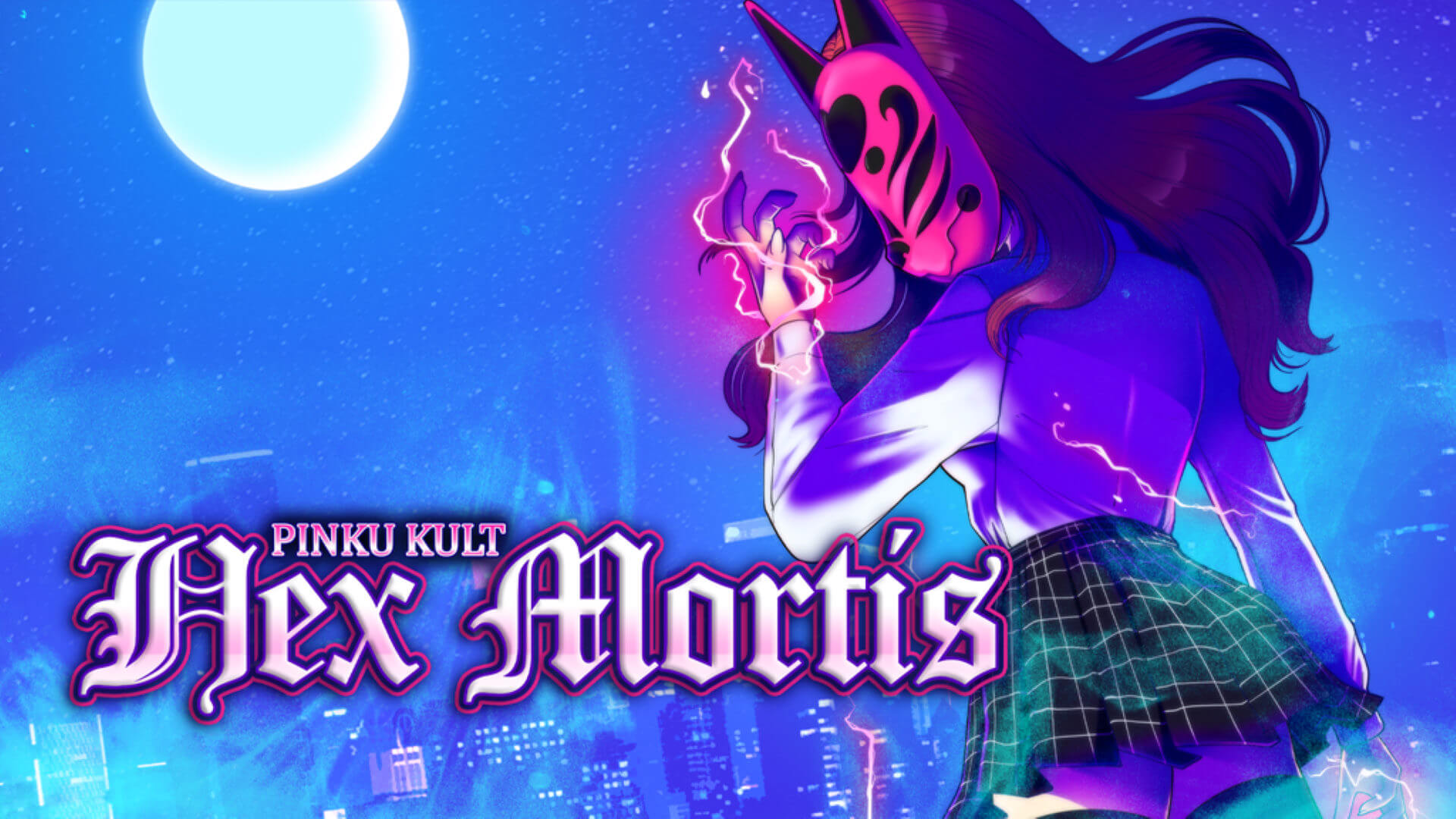