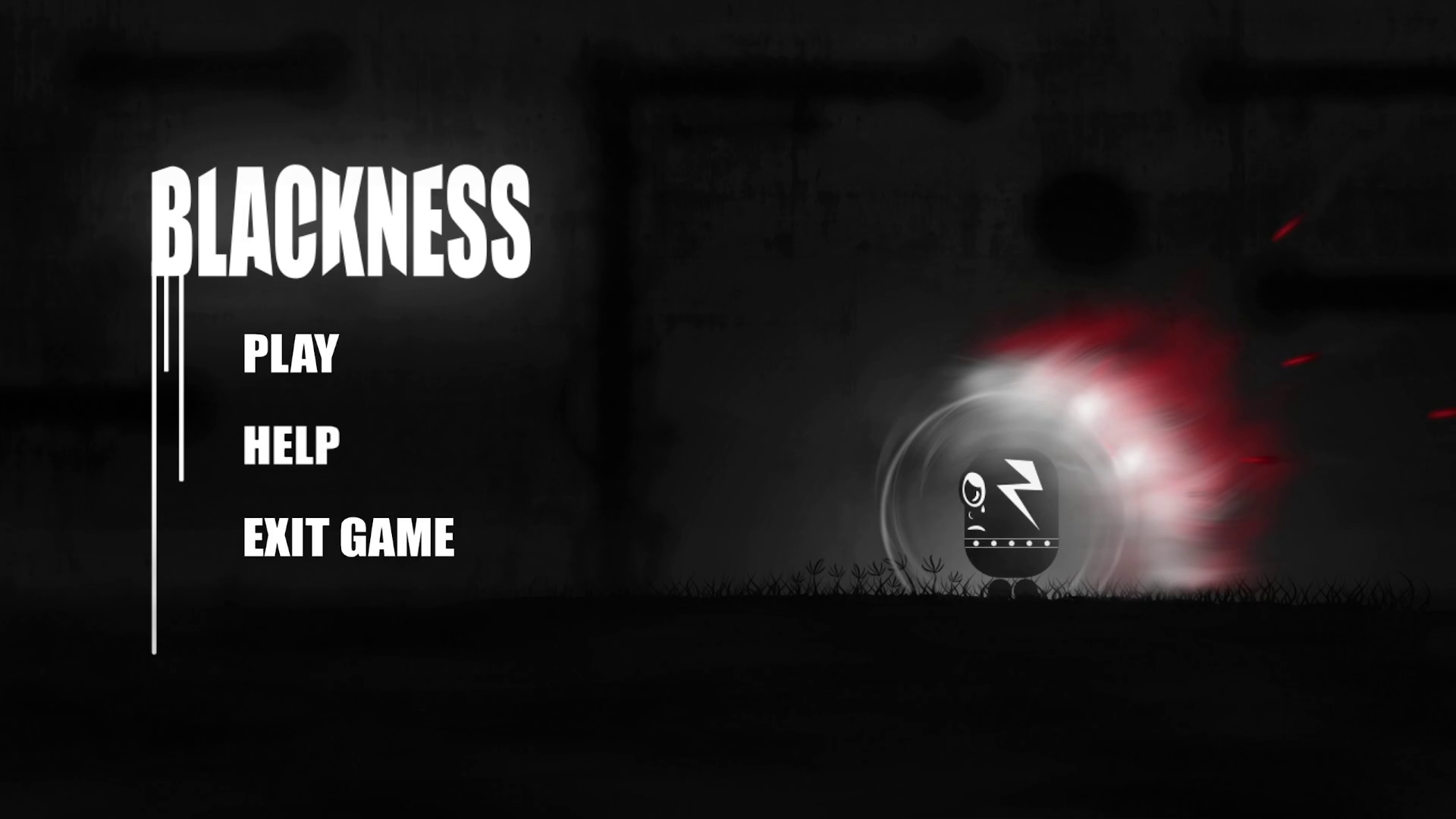 Blackness is a 2D platformer that is set in a dark world of creatures full of gears and metal bits. Developed by Robert Dolega this is their second game published on itch.io. We play as WOMD a small oblong robot that was captured and experimented on which only expanded their abilities. Now they must find a way out of this cage of machinations and creatures. WOMD’s journey begins with nothing more than a double jump but they hold a capacity for many abilities the most common being electric bolts.

No new road was ever without its stumbles. Blackness is definitely a milestone for Dolega. Game engines like Unity, Unreal, Godot, or RPG Maker are common amongst indie titles for their versatility and accessibility. This game however is made using the expanding Blender 3D engine. Admittingly I am less knowledgeable about Blender 3D as a game engine but being open source and expanded for widespread functionality in the last few years it doesn’t surprise me. I think technical achievements at any level of skill are commendable.

That being said I will be constructive and honest about my experience with Blackness. I did find things like the hitbox for platform collision was at times feeling bloated. The hitbox for hazards such as spikes appear to be boundary generated, which is to say while the spikes are narrow towards the top but the hitbox is wide at the top as it is at the bottom which makes for repeated damage when no contact is visually made. There’s also the detail that the flat side of the spike also damages the player which is a small visual dissonance.

Despite the hesitancies what pulled me towards this title when browsing was the visual direction which while seen before is committed and engaging. There are hints of a craftwork style similar to Little Big Planet with oversized incandescent light bulbs and gears populating the silhouette world.