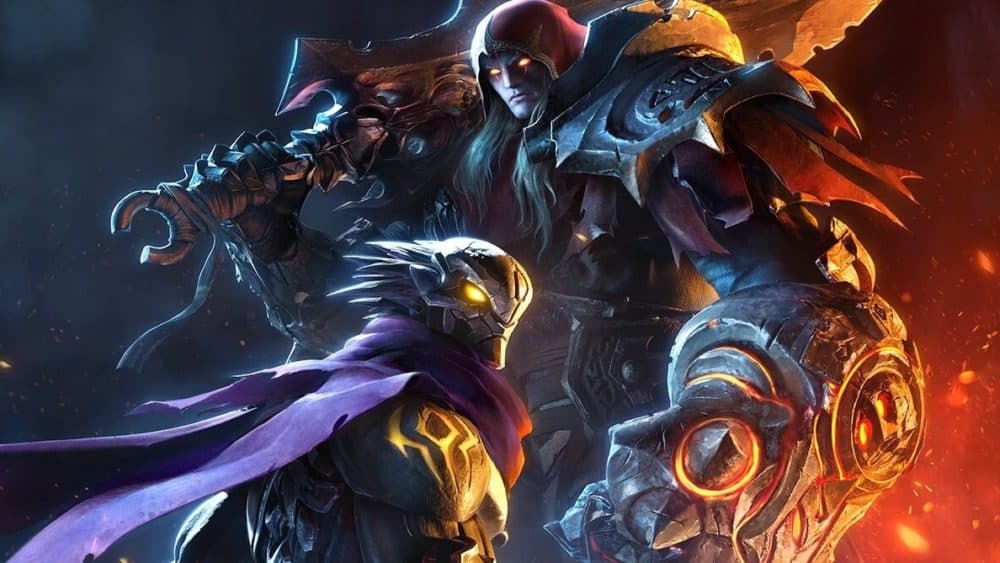 E3 2019: War And Strife Face Off Against Lucifer In DARKSIDERS GENESIS

Darksiders is clearly one of THQ Nordic’s most profitable franchises, which is why we weren’t exactly surprised to see Darksiders Genesis getting so much attention at E3. This time, you’ll alternate between playing as War and his brother, Strife, as you navigate top-down isometric environments similar to those found in the Diablo games.

The plot will take place before the first entry in the series, and will involve War and Strife having to stop Lucifer from upsetting the balance of Hell. Seeing as this will be a prequel, it sounds like Genesis will further flesh out the backstory of the original Darksiders trilogy, so we can’t wait to see what developer Airship Syndicate have in store.

Although Darksiders has always focused on hack and slash melee combat, Strife will instead be packing heat. It may seem pretty unusual at first to use guns in a Darksiders game, but the franchise needs to evolve in order to stay relevant, so this is a welcome new addition. However, War will still be using his sword to dispatch is enemies, so the trademark melee combat the series has become known for will still very much be present.

As we already mentioned, THQ Nordic make tons of money from Darksiders, which is why they’re bringing Genesis to every current system. So if you own a PS4, and Xbox One, a PC, a Switch, or a Google Stadia account, you can look forward to playing Darksiders Genesis later this year.