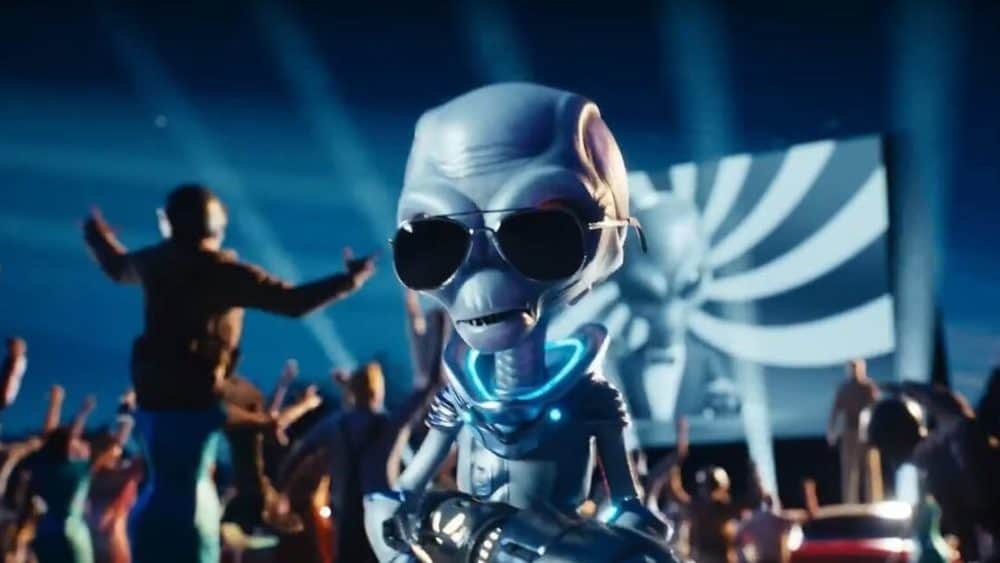 We long thought we’d seen the last of Destroy All Humans!, so imagine our surprise when news dropped a few days before E3 that THQ Nordic are bringing the quirky franchise back with a bang. The remake of the original Destroy All Humans! is currently being developed by Black Forest Games, and will be coming to PS4, Xbox One and PC next year.

If you never played Destroy All Humans!, it was about an alien called Crypto who arrived on Earth in the 1950s so that he could, you guessed it, destroy all humans. Like this year’s Resident Evil 2, the new version will be a full remake built entirely from the ground up, so fans of the original can look forward to a similar but new experience.

Aside from the reveal trailer, some brief gameplay footage displayed at E3 showed Crypto flying around in his saucer and laying waste to anything that gets in his way, with the commentary proudly proclaiming at 4:08 that one of the things which makes the game so appealing is that Crypto is “unapologetically an evil alien”, as opposed to an anti-hero with a heart of gold”. On a lighter note, we also see Crypto step in shit at 1:17, so the crude humor the franchise became known for is clearly still very much intact.

To allow for a full cinematic experience, the characters will be bought to life using motion capture, while the original voice actors are coming back to re-record new dialogue. Clearly, this is very much a AAA production. If you’d like to see if Destroy All Humans! lives up to the hype, you can pre-order your copy from Amazon or Steam.