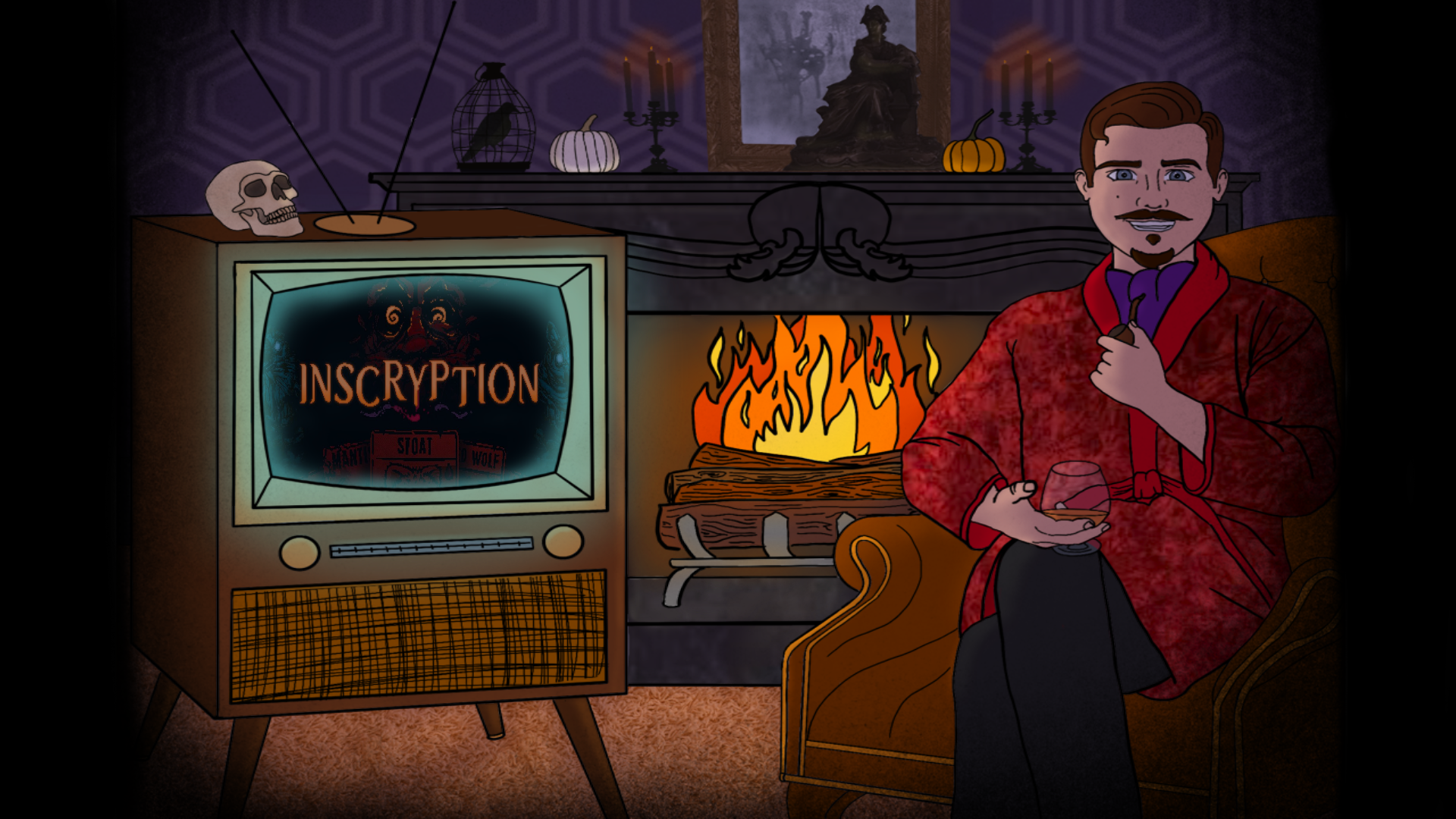 At the end of the first week, I reminded myself of how great these games had been, and I wanted to end the week with something special. It’s a more recent game, and every once in a while, we get these really unique games that may not have started out as horror games but really make you feel unsettled by their setting and terrifying atmosphere. This week’s game sits in an interesting category that could be paired with Lucas Popes’ Return Of The Obra Dinn. Today’s game and the end of the first week is…

It was developed by Daniel Mullins Games, who previously developed Pony Island and Hex. Inscryption is a weird one to explain. It is a deckbuilding roguelike where you are also at the same time in an escape room trying to solve puzzles throughout the room, which unlock new cards and items for the deckbuilding side, and getting further in the deckbuilding side will unravel some secrets in the escape room. You are being held in this escape room and forced to play this game by an entity that dons these masks that are ripped straight out of someone’s nightmares. The amount of random, insane shit that happens throughout this game’s playthrough is wild.

Without spoiling anything, there is a drastic turn that takes place part way through that massively changes how the game is viewed and even mixes in this weird new stuff to examine. So make sure you take note of everything. I am usually not into deckbuilding games, but this one is on the odd enough side that it instantly had me hooked. Plus, if you know Pony Island, you can only imagine how batshit insane things get by the end of it.

You will be cursing fishes, second-guessing your choices, and scratching that escape room itch before you know it if you decide to dive in. However, you can pick things up pretty quickly, and while it is quite tricky, especially for the fisherman. Don’t give up. The journey is worth the ride. I personally put this game up there with Return of The Obra Dinn for just being something unique and weird it is well worth your time. It is also incredibly hard to talk about this game without spoiling it.

For more interviews, reviews and features, stay locked to DreadXP and play Inscryption!