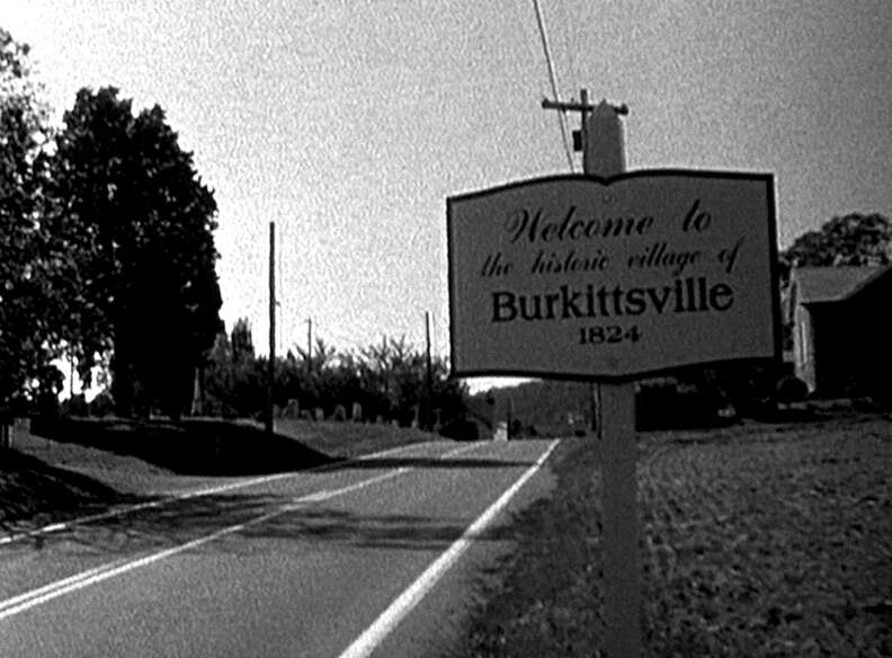 If I have a gaming desire, then it’s probably my desperate hope for a really good Blair Witch game that a) gets the core appeal of it and b) is actually easily playable. So that, unfortunately, rules out all previous efforts.

The original trio of Blair Witch games by the now defunct Terminal Reality (Nocturne, Ghostbusters: The Video Game), Human Head (the original Prey), and Ritual Entertainment (SiN, Legacy of Kain: Defiance) that were released over 20 years ago had the right idea in terms of building on the history discussed in The Blair Witch Project, but as games go, they were iffy then, and if somehow you can play them now, they’re much, much worse experiences. Bloober Team’s more recent effort initially looked like it might capture the essence of the original film’s disorientating trip through the woods before it becomes a repetitive, oversharing slog.

My thoughts once again turned to these disappointing aspects of the Blair Witch legacy whilst I rewatched The Blair Witch Project yesterday for what must be the 50th time. In much the same way that found footage horror films since that one have widely missed the mark, the game adaptations of the Blair Witch ‘legend’ have left me aching for something that truly gets it, but what is ‘It’?

Surprisingly, found footage is not ‘It’. Yes, it’s at the heart of The Blair Witch Project, and many horror games have utilized the handheld camera as a storytelling method with varying results. The problem is that I don’t think a game can capture that aspect of The Blair Witch Project without it being a bit boring or swinging too far into the dramatic, so what we really need is a game that lets us live the discombobulating experience of getting trapped in a looping woodland without having to shine a fucking light at a bunch of low-rent ghouls for hours on end.

What pains me about all the efforts to make Blair Witch games so far is that they get so close to the truth of it and end up soiling themselves before anyone can take them seriously. Yes, the original trilogy of games was compelling to me because of how they expanded upon the story of Burkittsville, but all the while I was thinking ‘I wish this was just done in a film or a book because these games are selling things short mechanically ’.

Bloober’s Blair Witch absolutely nails the initial part of The Blair Witch Project’s unsettling build-up, but, for me, the goodwill lasts such a short time that it ends up on the level of regret and disappointment I had seeing Blair Witch 2: Book of Shadows back in 2000. The difference there is I don’t think Bloober’s game will end up getting quite the reappraisal Book of Shadows did for me. Unless of course, it gets remade. The Blair Witch game is a lot closer to Adam Wingard’s film than the Sanchez/Myrick original because it makes the mistake of showing way too much after a good start.

That’s fine if you’re going to dive into the history of Burkittsville instead of recreating the found footage style synonymous with the series, but the power of The Blair Witch Project lies in what it doesn’t show. It’s why, despite some significant efforts in the last 23 years, many found footage films and games alike have failed to capture that lightning in a bottle. So if a new Blair Witch game was to evoke the original idea then what does it need?

Well, sound design is crucial. The restraint in not showing anything stems from the budget for the original film, and subsequent efforts try to ‘correct’ that like it was ever a problem. No, it’s best when the imagination is allowed to run wild with the crashing, cracking noises in the dark, giggling being heard from all over, and the way isolation distorts the mundane sounds of the forest into something disturbing. Catch a glimpse of something or receive ominous signs of a presence? Absolutely. Let it skirt the line between conspiracy and horrifying fact.

Upon my most recent rewatch of the 1999 film, I pondered the idea of Heather somehow fabricating the whole thing, which would be a very meta thing to do, and an intriguing commentary on myth chasers and the lengths they might go to prove something exists. It’s something Book of Shadows sort of touches upon, and I think messing with an idea like that could be a great framework for a game.

If we return to Burkittsville’s infamous past, however, I’d very much go for full remakes of the three volumes from 2000. Make them less about combat, and more about living through the tales of Rustin Parr, Coffin Rock, and Elly Kedward. Simple, straightforward storytelling with the ability to throw in the odd horror bone where relevant instead of conjuring up all manner of beasts. You can’t tell these tales without seeing something of note, but once again, restraint, albeit far less than the other route, is key.

The strongest aspect of the Blair Witch Volumes came in the first one, Rustin Parr, and the melancholy detective angle it played out with. That game’s pace is what these stories need. Not the demon battering witch hunter fluff of The Elly Kedward Tale. Though I’m certainly not opposed to a little demon slaying in there. The gradual build to weird in Rustin Parr was effective, and probably the closest it came to feeling like a certain dormant (for now) psychological horror giant.

I suppose what I’m getting at is that what we hear about the legend of the Blair Witch holds far more power than anything we can see, and so far, no game adaptation has managed to understand this clearly. We’re a couple of years out from the original film’s 25th anniversary. Let’s finally have a Blair Witch game that understands the initial appeal of Daniel Myrick and Eduardo Sanchez’s mythos.

For more horror game features and news check out DreadXP.