We at Dread XP recently got our hands on the demo build of Remothered: Broken Porcelain. The second of the Remothered games, this latest is an improvement from an already fantastic horror experience. For those unfamiliar with the series, you can read our review of Remothered: Tormented Fathers by clicking here. As for those familiar, good news. It’s awesome.

I’ll try and keep the spoilers to a minimum, but y’know. Spoiler alert. The preview demo of Remothered: Broken Porcelain is what I assume is the entire first chapter of the game. You play as a young girl named Jennifer, a troubled child sent to work at the mysterious Ashmann Inn. The demo begins with her being reprimanded. Brought in to speak with the ash man himself, Jennifer is confronted about currently unknown actions. An escape perhaps? Who’s to say.

The urgency of that drama fades away quickly. Jennifer is sent back to work, but soon finds that all the people are suddenly missing. Everyone, that is, except for one deranged person who was never taught that it’s dangerous to run with scissors. This character I will not name, but they are unwell. Maggots swarm their face and black bile leaks from their various orifices. This character Remothered refers to as the stalker.

The gameplay for Remothered: Broken Porcelain is also an improvement. The gameplay loop  in Tormenter Fathers had you trapped in an environment, with a nemesis character (or nemeses characters??) hunting you down. Stealth is critical, being careful to stay quiet or use noise to distract them is key to survival. But should you manage to get caught, you have a brief moment where you can stab the stalker with a knife and get away. Broken Porcelain takes that gameplay to even greater heights.

Unlike Tormented Fathers, where you played as an adult, in Remothered: Broken Porcelain you play as a child. Jennifer is much smaller than the full sized nemeses she encounters, but at the same time she is more able to sneak and evade. Lots of areas have low spots where you can sneak through vents or crawl under tables to get away. This alone leads to some much more dynamic chases, since you’re no longer simply running up and down the hallways. I mean, you’re doing that too. But now you can vault over and under stuff.

There’s also some new mechanics for combat as well, or rather, self defense. The stalker can’t actually be killed, no matter how often you stab them in the sternum with a knitting needle to get away. But with Remothered: Broken Porcelain, you have a few more options at your disposal than tanking damage until a quicktime event. There’s a significant amount of objects you can find in most areas. Cups, bottles, cleaning fluid, wire. Jennifer is capable of combining these items, MacGyvering them into chemical bombs and noisemakers, which can help all the more with avoiding a case of scissors to the brain.

This is, of course, only a preview. I can only really report on the style of storytelling and quality of the gameplay. In both, it’s a step up. Graphics and audio too, and even atmospherically it’s an improvement. There’s windows, so you can actually see the environment this time! Remothered: Broken Porcelain seems to have learned a lot from the previous release, and I’m looking forward to playing it in full. 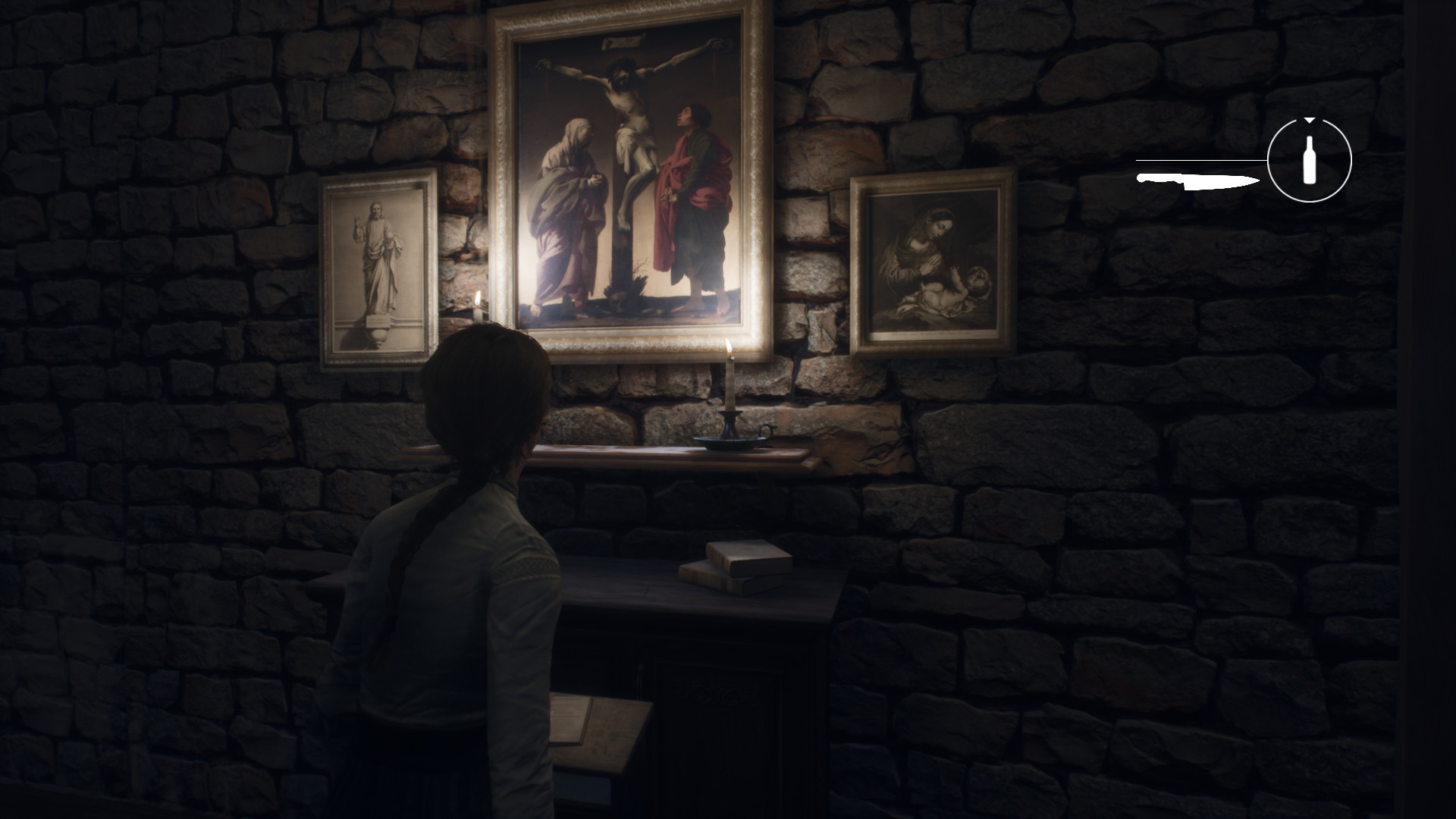