The NES was the home of Mario and family-friendly fun. Just hopping on living mushrooms so hard that you crush their bodies to pulp. Wholesome stuff. However, if you’ve spent much time with the console, you know that it has a dark, bloody side. While there’s plenty of light platforming fare, there’s also some disgusting, disturbing fates to meet on the system. Lots of melting flesh, exploding heads, and flying body parts. Maybe more than you’d expect of the normally-cheerful console. So, I’ve collected a handful of the most gruesome NES deaths for your…enjoyment? Is that the right word?

Swinging around using a bionic arm made it fun just to move around in this fantastic title. So much fun that I tended to forget that there was a greater mission at hand: rescuing a missing soldier named Super Joe. Upon discovering him, you find out that the game’s villains are trying to resurrect someone named Master-D to help them finish a massive laser weapon. Once you make it to the end and attend Master-D’s resurrection, you’ll find he bears a striking resemblance to Hitler. That’s because he IS Hitler in the Japanese release.

Once you foil his plans, Master-D tries to escape in a chopper. You need to swing from a high platform and land a single shot inside the cockpit. Having to land one precise shot makes for a thrilling conclusion. Not only that, but you get to watch Hitler’s head explode if you pull it off. This plays out in vivid detail. I’m talking several still screens of ever-more-exploded face. Honestly, though, I could watch this gruesome NES death happen over and over again.

Horror RPG Sweet Home follows a documentary film crew that are looking for the lost frescos of Ichirō Mamiya in a decaying mansion. Unfortunately, this place is full of all manner of sickening creatures that are quick to kill trespassers. And when a character dies in this game, they stay dead. Which can be difficult to endure since each of your characters serves a vital role in the game. I never expected that someone skilled with a vacuum cleaner could be so important.

While watching one of your characters slam to the ground face-first in a pool of blood is surprisingly violent, it’s not something that makes for one of the most gruesome NES deaths. It’s when one of the in-game characters helps you break through a barrier that blocks you from the antagonist’s private room. It costs him his life, and does so in sickening fashion as you watch his skin melt off of his bones. It’s chilling to watch and definitely teaches you to fear the phantom you’re up against.

When you’re a kid and a stranger asks you to go with them, you’re supposed to say no. When you’re a kid and some sort of humanoid dragon (named Bert) asks you to go to the Dark World and fight monsters, you REALLY need to say no. However, Monster Party’s hero, Mark, isn’t terribly bright. So, with his baseball bat in hand, he sets out to fight countless monsters that will rip him to shreds. Thankfully, a bat turns out to be a great weapon to use on monsters that like to fling projectiles.

When you finally defeat all of the monsters, Bert brings you back home. As thanks, the dragon gives you a gift. There’s a princess inside! Except she’s kind of a sickening monster who then proceeds to sear the skin off of your body. Or do something equally corrosive and violent to you. It’s an especially gruesome NES death to happen to a kid, but thankfully, it’s just a dream. So, you get up and get ready for school. And you find Bert is waiting at your front door, asking you to do it all again.

NARC is a more literal take on fighting crime. As either Max Force or Hit Man, you’ll take to the streets with a machine gun and missile launcher in order to deal with the local drug dealers. And I guess they’re terrorists too? Which is what is supposed to make it ok when you gun these people down. Or arrest them. You CAN just arrest folks. It’s worth more points, too. You’re still probably not going to, though.

When you’re fighting against a variety of syringe-flinging doctors, or you’re caught by knife-wielding clowns outside Kinky Pinky’s, things are going to get hairy. You could try to run them down with your car, but that’s not always available. So, you’ll have to rely on your missile launcher to blast enemies into flying body parts. You can catch multiple enemies in this gruesome NES death as well, seeing how much hang time you can get on the flying heads and torsos. Which is an…interesting take on law enforcement.

The Warlock Lord is set to cause a whole lot of trouble for everyone by raising a Behemoth. The Wizard Lakmir, instead of handling this himself, sends you to fix the problem instead. And, as you’ll find moments after entering Castle Shadowgate, you’re poorly equipped to deal with this problem. Almost everything in this castle can kill you in some way. And you’ll likely stumble across almost each and every way to die as you try to stop the Warlock Lord.

None of the deaths in Shadowgate are visually violent. Instead, this game makes it on the list of the most gruesome NES deaths because of the written text explaining how you died (which I’ve gone on about before). It often goes into graphic detail about your body exploding in lava, blood pouring from self-inflicted wounds, or how little is left of you after a monster attack. The most vivid of these is when you drink from an acid fountain. It is awful hard to scream when your throat and larynx have burned away, for sure. While you’re not seeing any of these sickening outcomes, the writing paints a very clear picture of these brutal ends. 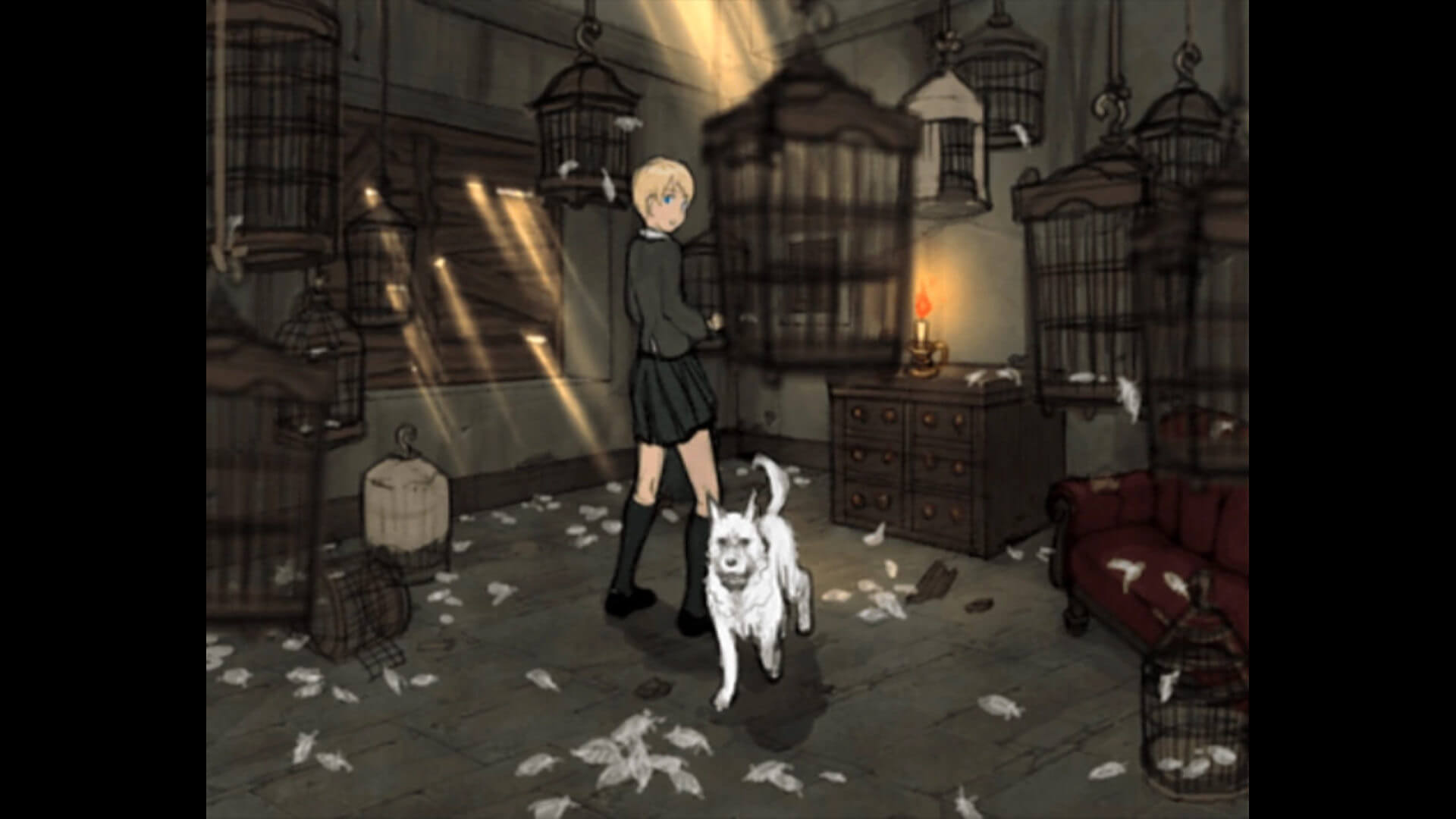 Snared: The Closed Circle in Gaming 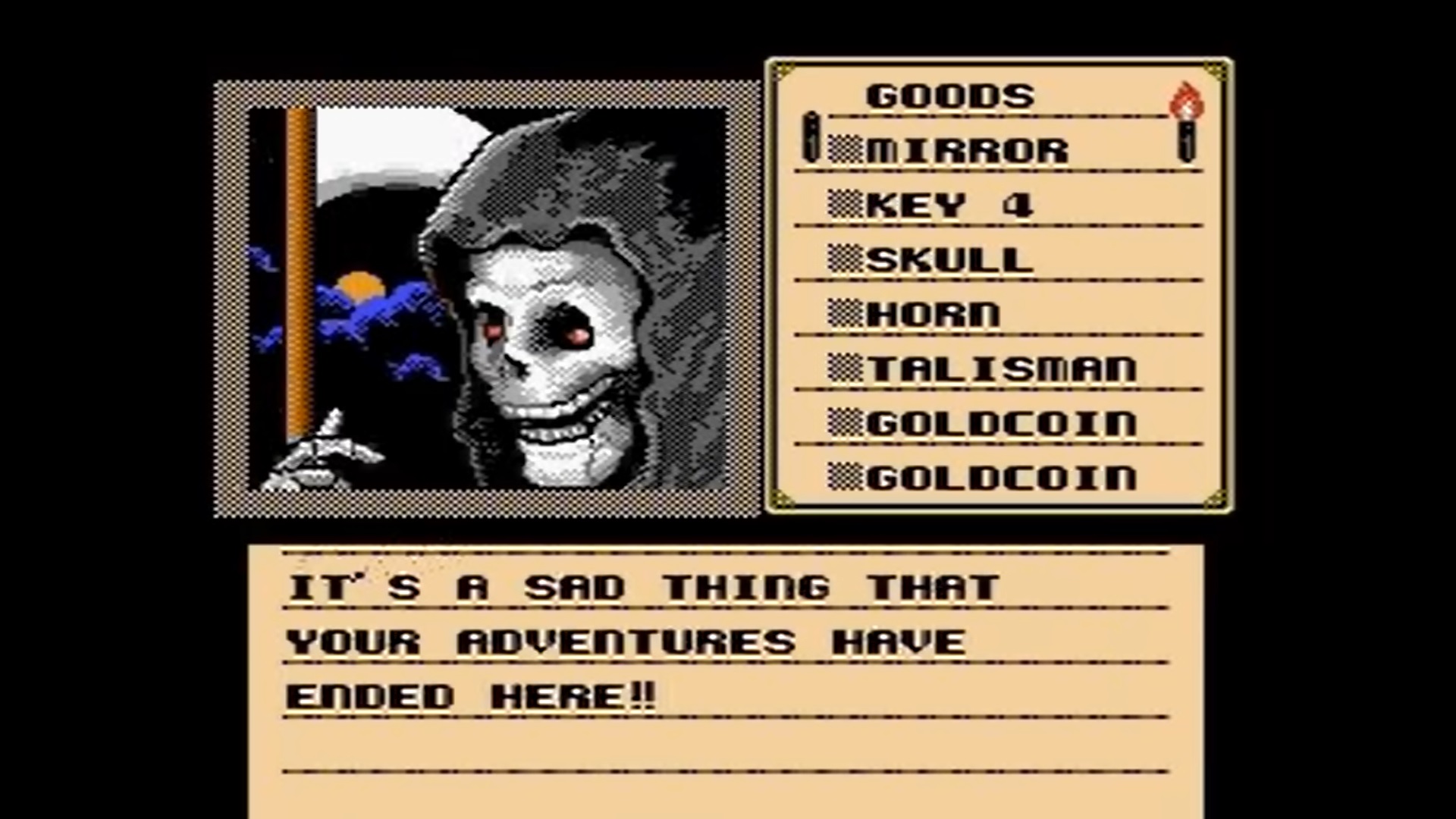