Almost a year ago, I wrote my very first editorial for DreadXP. I was untested, unknown, and generally unrecognized in the world of video game writing. DreadXP didn’t care and brought me on. Since then, I’ve written about all sorts of fun things and provided entertainment for 10’s of people. So on this one year anniversary of my time at DreadXP, I wanted to go back to the beginning. My first ever editorial was about the narrative horror of David Szymanski. So I hit up David, and told him I was a legitimate journalist, and wanted to interview him. He believed me, so here we are. David is a busy man, so I rapid-fired strange questions at him over a 30 minute period.

DXP: So to start: How many Szymanski brothers are there?

DS: Three, that we know of. Or one, if you subscribe to the theory that all games are created by David Szymanski

DXP: Have you ever all three worked on one game?

DS: Yes actually! The only finished one so far is Sumo Revise which you can get on Steam. People did not like it. I’m still very proud of the soundtrack I did though, and we still maintain that it’s a blast to play with the right group of people

DXP: I honestly think your narrative horror work is much better than what you’re mainly known for. How do you feel about Civvie and other talking heads holding you up as some sort of boomer shooter beacon?

David Szymanski: I don’t mind at all to be honest. In game development, or really any creative field, you’re lucky if even one thing you make is successful. If all I’m ever known for is Dusk, that’s still something I’m extremely grateful for. And besides which, if I had to pick a genre to be identified with, boomer shooters would be high on the list. I’ve always been primarily an FPS guy.

DXP: So I’ve played some of your upcoming game Iron Lung, and compared to D*sk it’s very contemplative and slow-paced. I feel like it’s a return to form. Do you feel the same way?

DS: oh right we aren’t supposed to mention Dusk sorry. [writer’s note: You had one job Dave]. It kind of is yeah, in some ways. It’s definitely not as focused on narrative as my other horror games, but it’s back to that idea of a short once-through horror experience. I’ve been able to apply a lot of stuff I learned making stuff since A Wolf in Autumn though, which has been cool.

DXP: You’re a very strong writer, have you considered dropping this silly videogame stuff, getting a literary agent, and writing for a living?

David Szymanski: Yes actually! When I was younger I did a lot of writing and was fairly serious about trying to get published, but I ended up drifting away from that as music and game development took respective center stage. I did self publish a small weird little book called Monkey Aladdin on Kindle though, and I’ve been slowly writing another one that I want to publish some day. Maybe even publish in a form that people will actually want to read!

DXP: I hear self published erotica is pretty big right now. Have you been approached about a film version of any of your games? With so many studios looking towards videogames for their next hit, do you think any of your games would survive a film treatment?

DS: Nope, nobody’s ever approached me. I could see a re-imagined film version of any of the games working, but I don’t think they’d work as a straight up “play act what happens in the game” thing.

DXP: How often does Dave Oshry call and beg for a new game?

DS: New Blood has tons of projects in the works already! He’s more concerned with those.

DXP: So I know you’re releasing a game in like a day or two, but I wouldn’t be a games journalist if I didn’t ask you: What’s next?

DS: Well, buckling down and working on Gloomwood, for one! I do have another idea I’d like to pursue though, but it’s far too early to say anything.

DXP: Looking back, how do you feel about Squirrel Stapler?

David Szymanski: I think the hunting gameplay didn’t work the way I’d hoped and it’s too drawn out, but I’m extremely proud of the ending, and the overall concept/vibe delves into my weird sense of humor a lot more than my other horror games. I like showing people that.

DXP: How do you feel about John getting into the FPS game? I mean, yeah he did work on Maximum Action, but MFN [My Friendly Neighborhood] is wholly his.

DS: MFN is extremely on brand if you know Johnny. That whole twisted and weird but gentle sense of humor is very much him, and he loves the mechanical elements of classic Resident Evil. I’m not sure he’d really have the desire to make a more traditional FPS to be honest. I could be wrong though.

DXP: I’ve heard that you don’t understand butter. Could you elaborate on that?

DS: For the longest time I didn’t realize butter came from cows. I thought it was an animal fat byproduct or something. This is just one of the many things about real life that I don’t understand.

DXP: We’ve all been there. I once had a friend explain to me how weird it was that chicken fried steak was the only chicken product that didn’t taste like chicken. Any chance of your narrative horror getting any touchups or re-releases in the future?

David Szymanski: Yup! I’m getting a switch port of The Moon Sliver done right now, in fact. I’ve thought on and off about remastering that one in particular, but I’d also like to some day touch up The Music Machine and A Wolf in Autumn. If nothing else they could use some polish when it comes to things like settings and the player controller and stuff

DXP: Oh that’s dope. The Music Machine is so visually striking. Well David, I won’t eat up more of your time. I just figured that I started by writing about you, so my one year anniversary article should be about you again.

DS: Yeah not a problem!

I’d like to thank David for being so chill and letting me rapid fire nonsensical questions at him over the course of about 30 minutes. His new game, Iron Lung, is available on Steam now and you pick it up here.

I want to thank everyone for a great year at DreadXP, and let you all know that I have even stranger things planned. 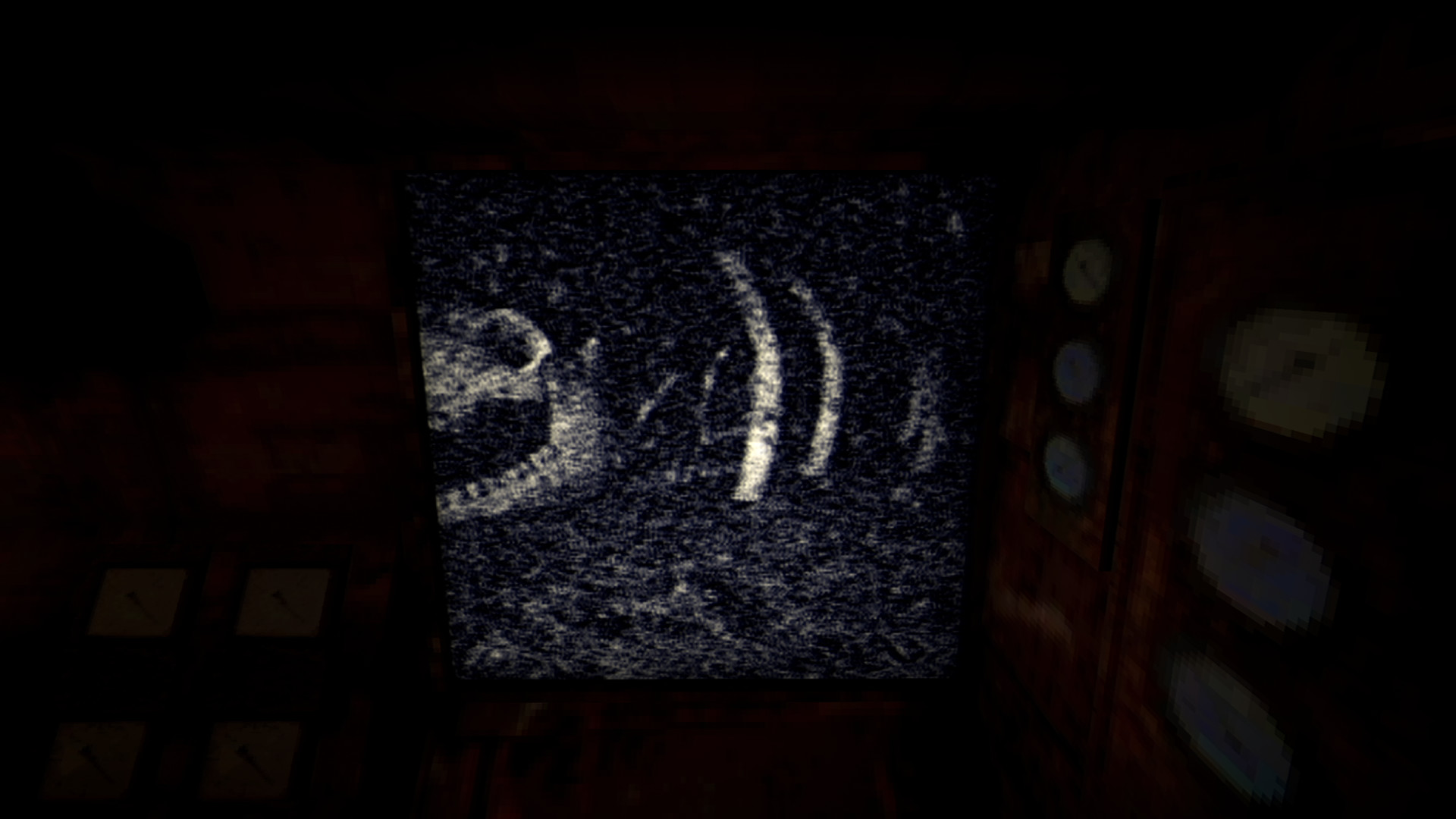