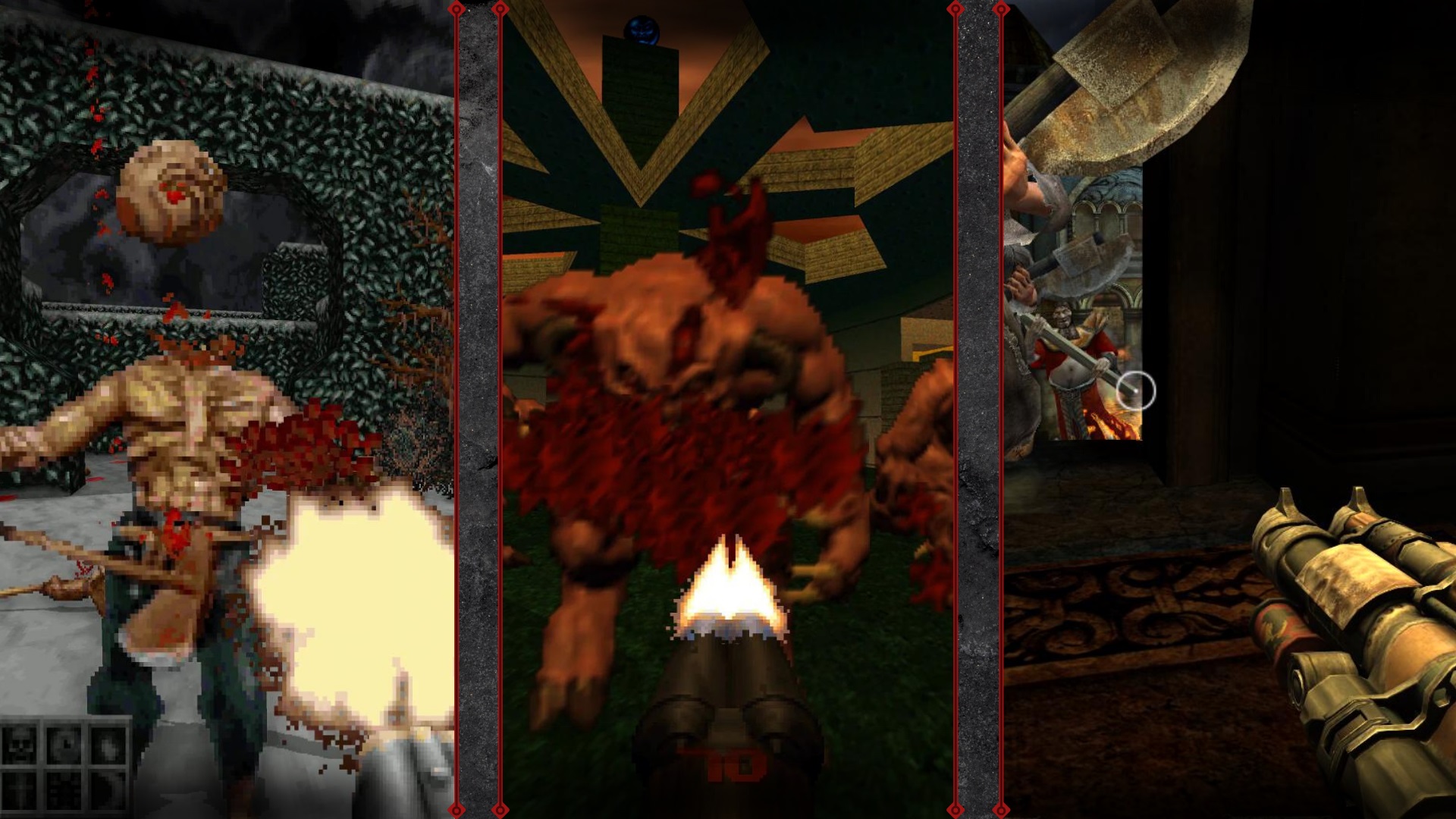 We here at Dread XP love shotguns. There’s just something about them that makes them an integral part of a horror experience, from the satisfying ‘clack-clack’ of the reload, to the old-school combination of lacquered wood and polished metal, to the roaring thunderclap from one as it sends a slavering ghoul to meet its maker.

This week, we’ve been talking to Caleb from Guns in Games, a YouTube channel set up to review every FPS weapon ever. His first category? Shotguns! A former games animator, Caleb has reviewed over 350 shotguns (and counting) across his 50+ videos, a massive undertaking that started back in June 2019 and has taken him roughly 1500 hours so far. Impressed at his dedication to dealing death with a double-barrel, we sat down to shoot the breeze with this FPS aficionado. Groovy!

Dread XP: How did the idea for doing a channel dedicated to FPS weapons come about?

Caleb: Well, adversity breeds creativity. It started out as a simple desire to not leave this earth without having played every FPS game ever made following a year of bad health. A kind of video gaming therapy. I was going to record and upload each game play through too for old times sake.

Importantly, my prior university 3D animation work explored what makes good FPS game enemy interactions – the physical impacts your weapons should make, the emotional reactions we should see from computer-controlled opponents. It became a natural progression of that academic work in the end.

DXP: Why did you choose shotguns as the first weapon to focus on?

Caleb: We all love a good Boomstick, right? Pretty much every FPS singleplayer campaign has a shotgun in it, so this weapon type would be the excuse to play almost every FPS game made in chronological order. Sure, a pistol or machine gun would net the same number of games, but there is something special about the immediate punch of a good shotgun that I knew I could get my teeth into.

They can gib too, which is very important in allowing me to critique the full range of gore and dismemberment on offer. I knew I wouldn’t get bored revisiting classics like Painkiller’s Freezer equipped Shotgun, Turok 2’s Shredder laser light show, and Doom 2’s iconic Super Shotgun.

DXP: What’s been the most challenging part of making the Guns in Games series?

Caleb: The biggest challenge has been getting the older titles to work at a native 4K resolution. I’ve lost count of how many workarounds I’ve used to get these games looking their absolute best and it takes hours to get them running on a modern PC sometimes. Widescreen patches, GPU and Windows compatibility modes, editing game INI and Config files manually, even needing to build an old dual core CPU rig to get a few working! Preservation is one of the goals of the channel of course, before these digital works of art become lost in time. Many games released up to around 2008 were giving me these compatibility nightmares. I’m very grateful to be able to simply choose a 4K resolution in modern games now and avoid that sinking feeling I would get when it didn’t show up in the older titles display options menu! Happy to say that with nearly 250 games in the All FPS Shotgun series, only a small handful didn’t get up to full 4K native resolution.

DXP: If there’s one thing all developers should do to up their shotgun game, what would it be?

Caleb: Alternate fire modes! It comes up frequently in my reviews. Unless you absolutely nail the look and feel of a single shot type – which you can see in each episode is quite a hard thing to come by – you best have a neat alternate fire mode to add some tactical gunplay. Knowing you have a trick up your sleeve can be very satisfying if the risk versus reward is well balanced.

Caleb: The enemies. I wish FPS game developers would start their design phase with “How can I make the most satisfying enemy to shoot?”

Design the thing you shoot at first before even thinking about the guns or story. Make it dynamic, destructible, emotional. It’s the impact and reaction to your attack that matters most when you pull the trigger, whether monster or human.

I’m so tired of shooting blocks of inert rubber held together with cheap ragdoll physics! The emphasis seems always to be on how pretty they can make something look rather than how many weak points we can add, what parts can be destroyed, how these impacts affect their attacking ability, and how many emotional states can be used. There’s so many layers to enemy design that have been left untouched. Horror games can particularly excel at this with their more varied monster designs.

For example, if I’m carrying just a small stick and running at a pair of tough enemies, they should feel very confident, should exhibit less urgency to react, or even laugh at me. If I’m carrying a glowing BFG and running at them, they should behave completely differently as fear strikes into their hearts. This is what an FPS campaign should be offering instead of the instant attack-on-sight emotionless drones we keep seeing.

Truth is, FPS enemy interactions haven’t moved forward much since Perfect Dark and Halo over 20 years ago.

DXP: As an FPS player, do you think games can have shooting and combat and still be scary? Do any examples come to mind?

Doom 3 is a standout scary FPS game too. This time you have a focus on the weapons, but the environment looks and sounds so foreboding it’s making you believe these guns you have won’t be enough to prevent your death.

I love Resident Evil 4 too; it’s in first-person VR now, and I believe its longevity through the years is in part due to the fact its enemies are so well designed and responsive to your attacks. Your guns can manage one enemy easily, but with limited ammo provided throughout the game, you must place each shot well and also avoid taking on too many at once. It’s a balancing act within which Capcom struck gold.

It’s about that feeling of how much power you have over your enemies. If you know at all times you can wipe everything out with just a long trigger pull, you won’t be scared. It could be satisfying like that at times though, maybe as a temporary tension release.

DXP: Lastly, what do you think are the five best horror game shotguns out there?

Caleb: At spot number five it’s the Super Shotgun from Doom 64. My favourite Pinky demon slayer from a truly scary game. I was always disappointed they didn’t do a proper reload animation, but it’s kind of become its own work of art – the silent timing of that “clock-click” actually adds to the creepy mood of the game, like a nightmare where things don’t quite make sense. The sound really elevates this one beyond its 2D constraints.

At four it’s the Argus shotgun from Darkwatch. A very satisfying quad barrel that deserves a remaster, particularly a widescreen update to better fit this monstrous model on screen! Each shot is satisfyingly punchy with excellent bespoke animation sets for enemy staggering, limb dismemberment, special effects – it’s all a visual feedback treat!

At three it’s F.E.A.R. 2: Project Origin’s SHO Series-3 Combat Shotgun. Everything clicks gratuitously well with this one. Shot sounds are understated but feel menacing in the spooky ambience. The impacts on enemies are top class with excellent staggering and correctly weighted rag dolls on death, plus throw in some ultra-gory gibbing for a real bloodbath – it is an action horror game after all! All this is before you even use slo-mo bullet time – which elevates everything to a higher dimension.

At two it’s the shotgun from Painkiller. Change your expectations of what a shotgun can be and behold, a device that makes killing as easy as breathing. You’re firing both barrels at a very high rate dozens of times per battle, which should get boring in theory, but everything is working in harmony to make this weapon so much fun. The stunning hasta la vista Freezer alt fire mixes things up, instantly giving you the best Arnie moment in film history whenever you want. This dynamic never gets old; its rhythm of blast after blast becoming one with your heartbeat as you lay waste to demon hordes.

Sitting at the top of the list is Blood’s sawn-off shotgun. The feeling of cutting down a demented axe wielding zombie with this shotgun is still as good now as it was back in 1997. It may not look like much by today’s standards, but the sound of each shot, reload, spent cartridge hitting the floor and monster scream is just perfect. The feeling of each impact on the various enemies is satisfyingly conveyed with visually detailed hit effects and reliable flinching, the aforementioned zombies allowing us to hilariously pop their heads clean off as well as the novel ability to get back up when knocked down. The simple interchange between using single barrel shots or the alternate double blast adds an important level of tactical gun play to battles, while the dual wielding guns akimbo power up makes you feel like an ultimate badass too!

Thanks Caleb! If you’re hankering to see some more shotguns, you can check out Guns in Games over here. Until next time, keep your buckshot handy. 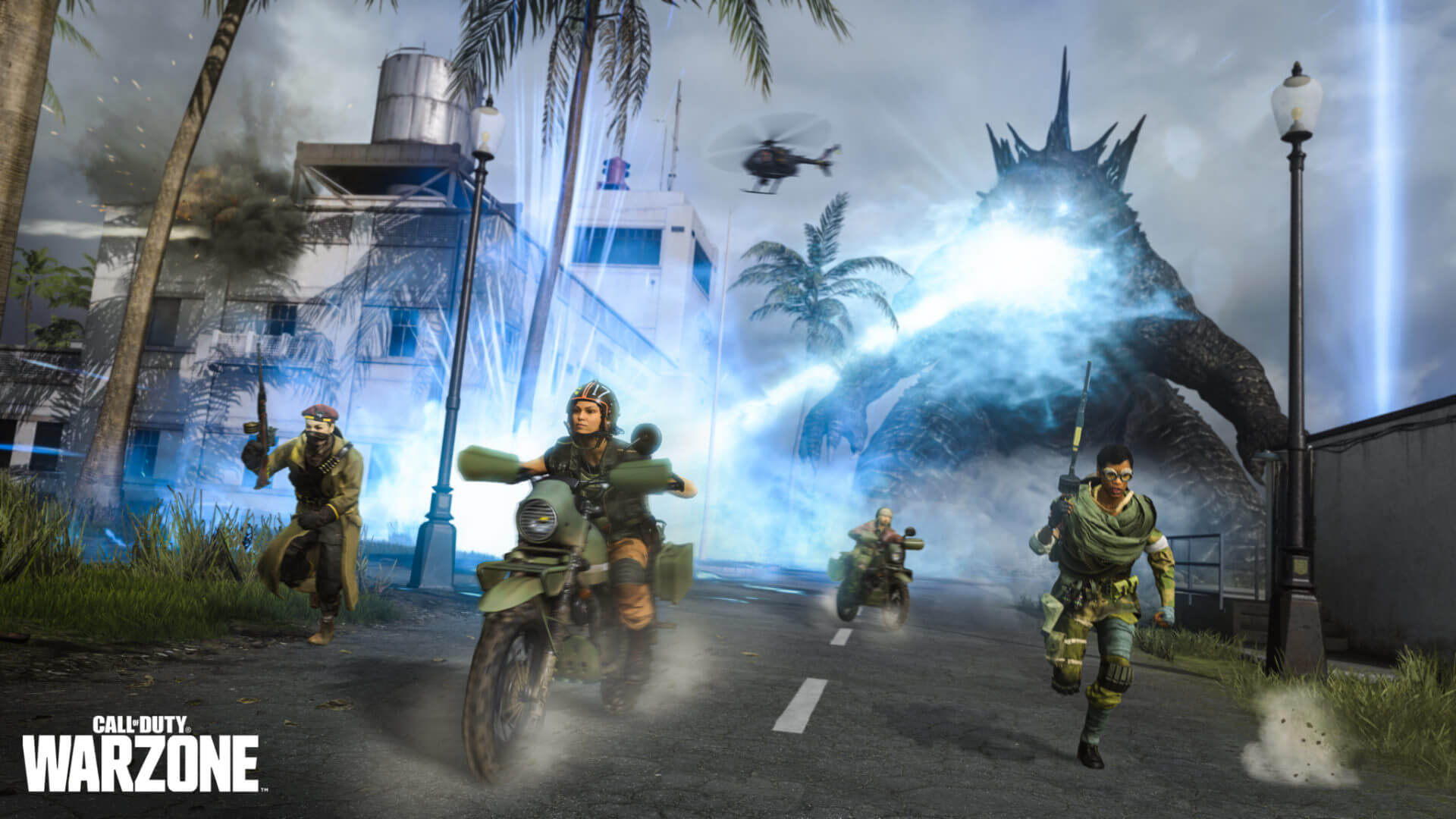 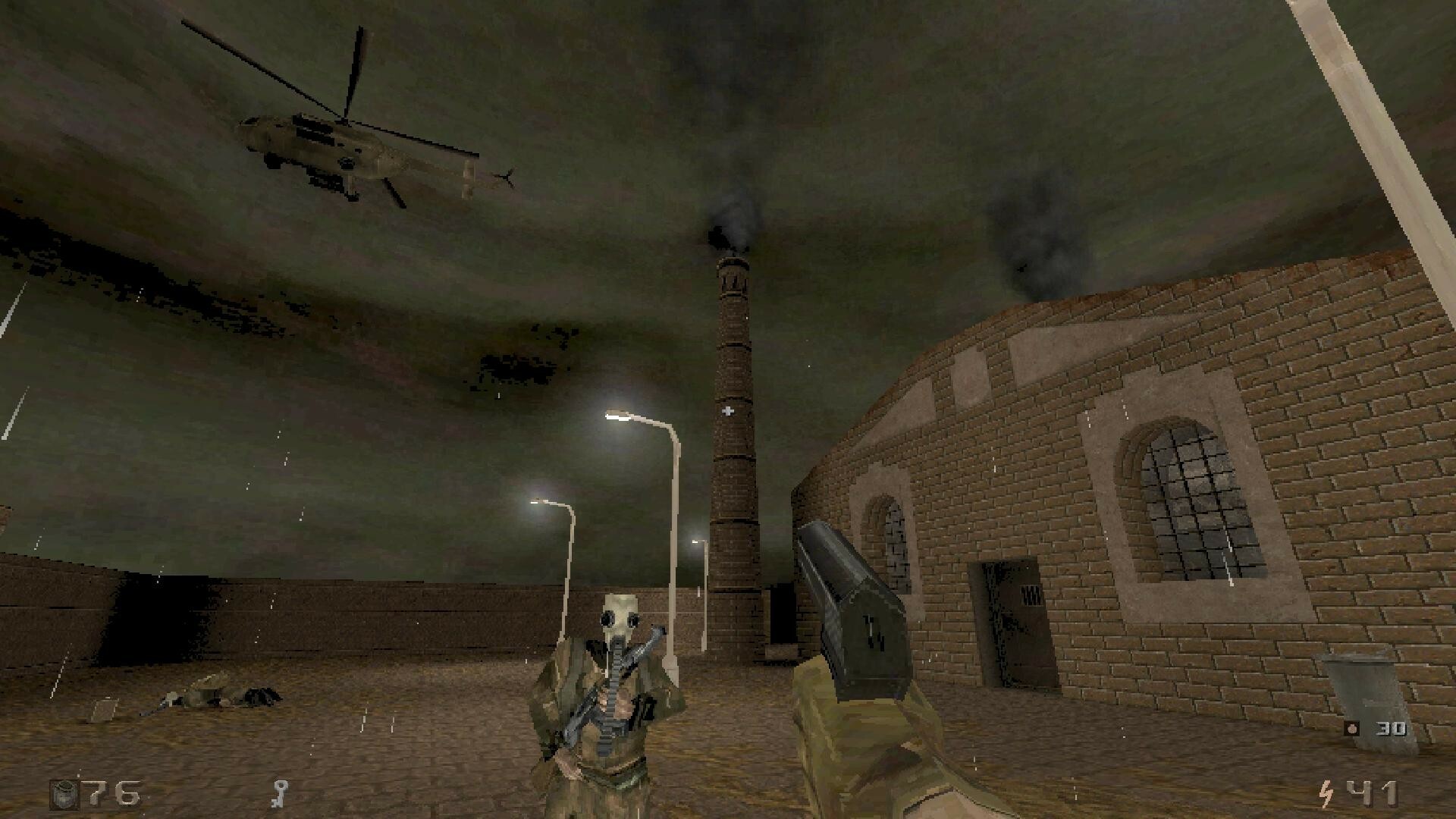