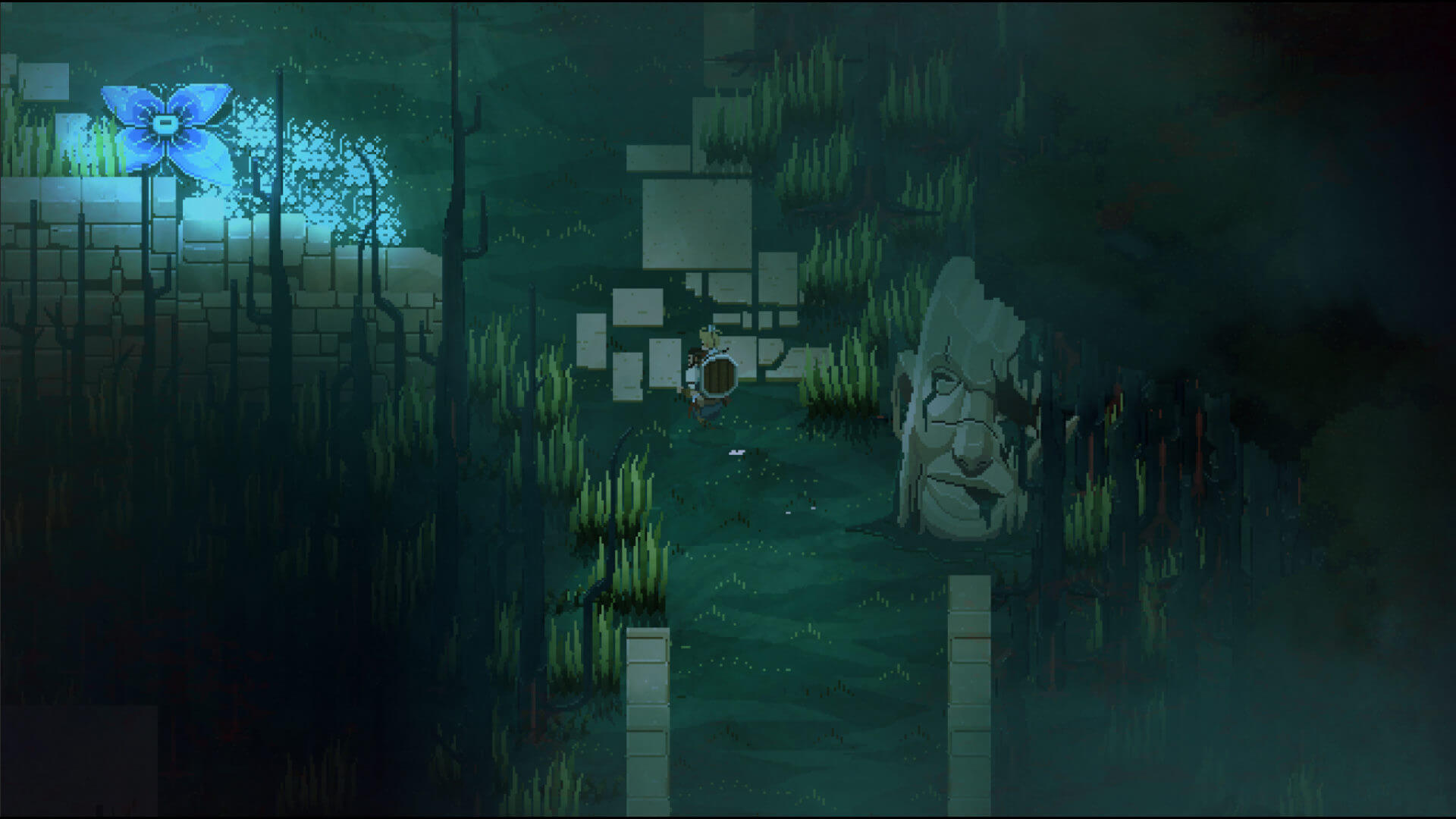 No Place For Bravery Coming to Switch, PC in Q3

No Place For Bravery will come out for the Nintendo Switch and Steam this Q3, according to Glitch Factory and Ysbryd Games. Previously announced for Q4 of 2021, the team opted to allot themselves more time for polish and to achieve their creative vision. The team hopes that the additional care and attention to the developer’s vision will result in a better experience.

No Place For Bravery is a story-driven action RPG. Players will explore the land of Dewr, a realm plagued by bandits, murderers, and terrifying guardians. With well-timed slashes, blocks, and parries, No Place For Bravery will feature demanding, real-time combat. You’ll take up the sword, shield, and guilt of Thorn. Thorn is an ex-soldier on a quest to save his family and search for Leaf, his long-lost daughter.

After a career of violence, battle, and inflicted misery, Thorn is ready to retire for good until a chance lead on Leaf’s whereabouts catapults him into action. But even a single misstep can cut their reunion tragically short. Thorn will need to sidestep danger with split-second timing, but for more casual players you can reduce the difficulty to enjoy the story. Thorn will journey with his disabled foster son, Phid, the latter serving as company and confidant. Ted himself provided some commentary way back in 2020, which you can check out here. Jesse provided an update last year here.

Ysbryd Games, the publisher, seeks to deliver games with captivating gameplay that also have the heart and soul to stay with players for their entire lives. In addition to their soulful approach to publishing games, they seek out gaming experiences with striking aesthetics.

Glitch Factory has made games since 2012. Based in the heart of Brazil, its founders dreamed of working on games but found few opportunities in their homeland. Instead, they started their own company. Glitch Factory works with both clients and on their own titles. The company operates on a horizontal structure to give every employee a voice in decision making.