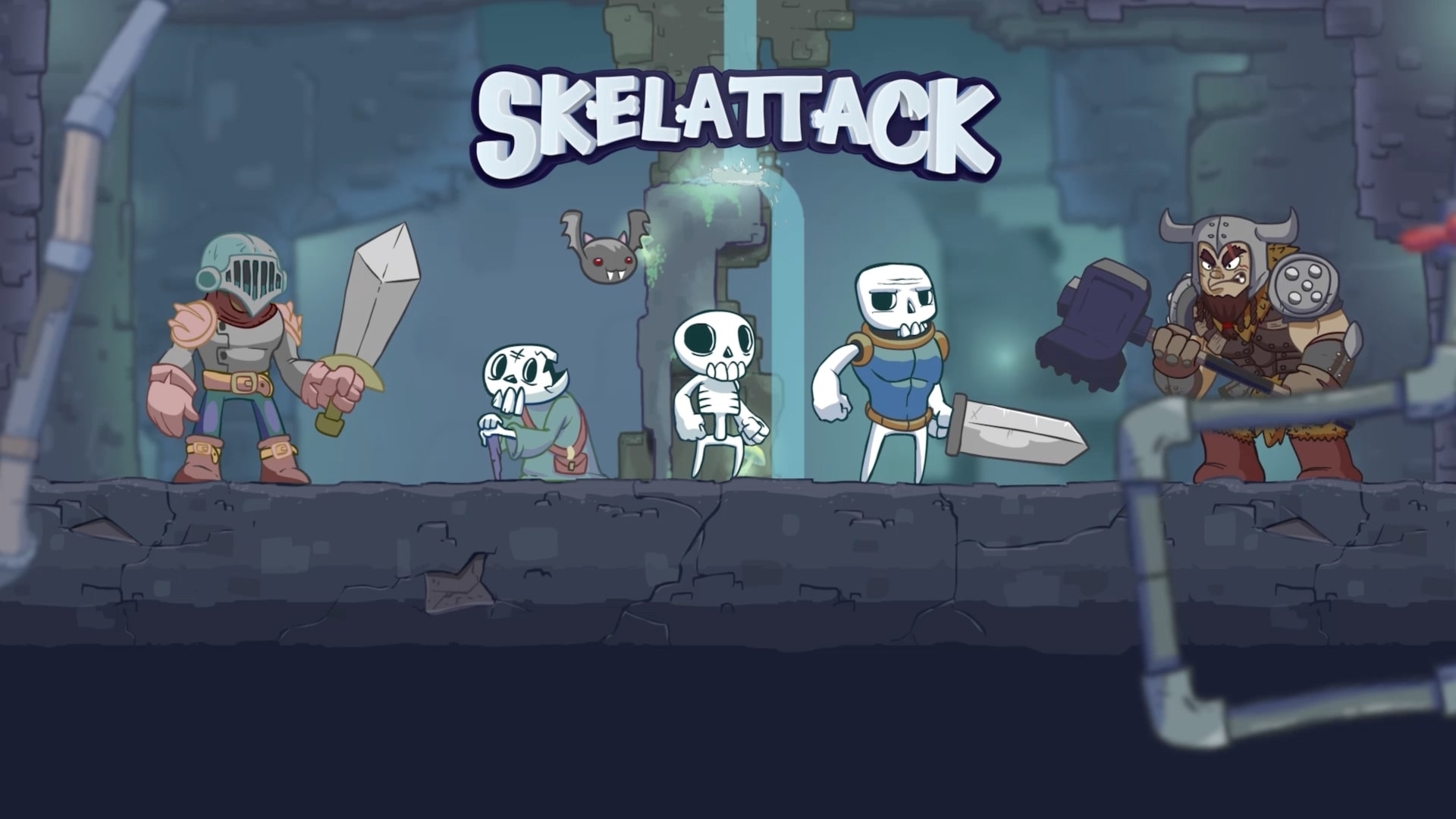 It may seem hard to believe now, but Konami were once one of the biggest publishers in the business before they lost their way. And while the once great company seemed destined to release soccer games and Pachinko machines from now on, they recently published a spooky new platformer called Skelattack, from Californian developer Ukuza, Inc. As you can see from the trailer below, this looks like a delightfully creepy adventure which can be enjoyed by both younger players and older horror fans, so everyone should give it a go.

Playing as a skeletal warrior named Skully, you’ll be tasked with restoring peace to the underworld kingdom of Aftervale by rescuing the wise old skeleton known as Elzedon, who has been kidnapped by humans. It turns out the wicked humans also want to destroy the blue flame, the magic which prevents the spirits of the dead from fading into nothingness, so you’ll have your hands full throughout this action-packed side scrolling adventure. But at least you won’t be on your own throughout the journey, as a bat named Imber will help you on your quest to take out the pesky humans.

Unlike most of the games we cover here, Skelattack carries an E10 rating and is suitable for kids, but that doesn’t make it any less spooky. The gorgeous hand drawn visuals and the hilarious dialogue between the eccentric cast of characters ensure that this will be a story which can be enjoyed by gamers of all ages. So if you have little ones who love spooky adventures, or if you’re looking for a side scroller with a little more of an edge, then you can now play Skelattack on Steam, PS4, Xbox One, and Switch.