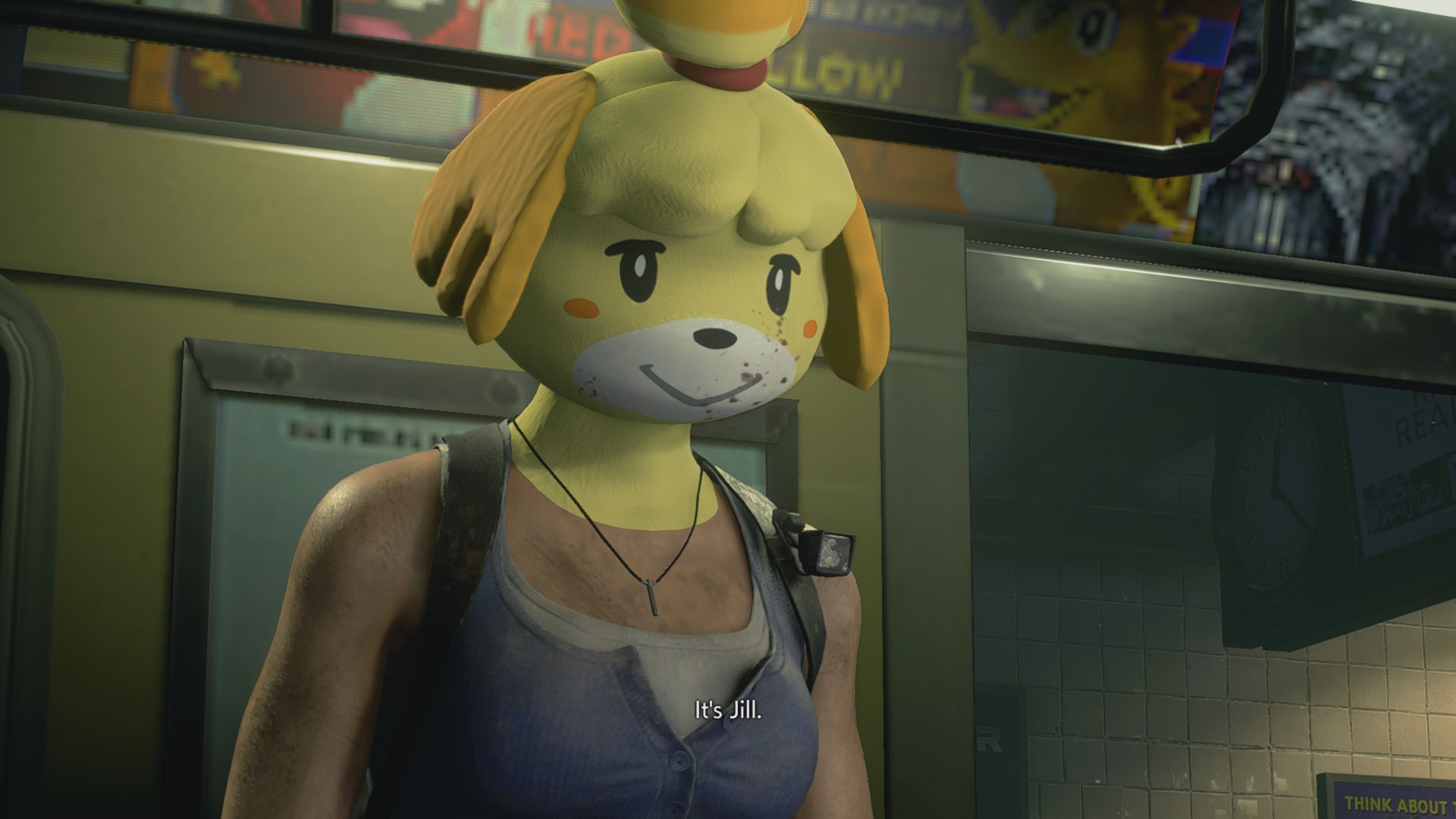 I had a few good yucks over the plethora of Animal Crossing: New Horizons/DOOM Eternal crossover memes. When both games happened to share the same launch date of March 20th, gamers decided it was a match made in heaven (or hell). The humorsmiths of the interwebs went to work, crafting their finest memes and fan art. And then everyone copied it over and over again until it got staler than that pack of half-eaten chips you lost under your couch and never cleaned because you are absolutely filthy. But hey, you can always milk one final chuckle out of even the worst jokes. And when I found out a modder had added an Isabelle mask to Resident Evil 3, chuckle I did.

From user Crazy Potato, the Isabelle Mask Resident Evil 3 mod will allow you to don an Isabelle mask in Resident Evil 3. That’s it. It’s a mod that lets you look like Isabelle. Oh, and Isabelle has some blood on her face. Perfect. Does the mask look like a novelty cartoon mask, like the ones in Dead Rising? Not really. It just kind of has Jill’s neck become the mask, like The Mask in The Mask. But what do you expect? The game isn’t even out yet. Take what you can get, you meme-slurping baboons.