Occasionally, in this life, I like to sit down and watch a trash movie. Just an absolute irredeemable pile. Something with unlikable characters and heaps upon heaps of the ol’ ultraviolence. Something that leaves me feeling full; like eating a bunch of potato chips and washing them down with Barq’s Root Beer and telling yourself that tomorrow you’ll be a better person. Sometimes I get that same feeling for a game. Of course it’s nice to sit down and play something thought-provoking, with layers upon layers of interactions with NPCs, and complicated skill trees, with world-ending stakes. A grand adventure told through the eyes of the hero that would save it all… Bloodwash, is not one of those games.

Bloodwash is direct. It is the poutine of video games. You can’t look at it and think, “Oh, Bloodwash, sounds like that new David Cage joint“. What you see on the tin is what you get. There is blood, and there is washing. No more, no less. It is the antithesis of “don’t judge a book by it’s cover”. Feel free to judge Bloodwash based on its cover. It wants you to. You play as Sarah, a flustered twenty-something grappling with a trash man of a companion. With a baby on the way, you muse about how your sloppy drunk partner will handle the responsibility. You start out picking up clothes to get some laundry done before a big job interview the next day. I do want to address the fact that the game calls “dryers”, “drying machines”. Who does that? It’s just a small complaint.

This journey of clothing cleanliness takes you to the basement of the building to find the washer. This prologue, set in Sarah’s apartment and in the apartment building, gives you an introduction to the visual style of Bloodwash. The crunchy PS1 halls sway as you look around, and a CRT filter, along with a VHS filter, provide some ambience. I’ve gone on record as saying that a VHS filter does not equal spooky. I’m happy to say that Bloodwash doesn’t think it equals spooky either. It enhances the scares, but the scares don’t rely on it. It gives the whole game a found footage feel. Like you’re seeing something that you shouldn’t be.

The various filters can be turned off in the options if you don’t want to feel like you’re trapped in a hellish VHS about cleaning clothes. Filter or not, the visuals of the game are impressive from King, who previously worked in the realm of 2D, save one early project. I know it can’t be avoided so I must make the comparison: It is fitting that Torture Star Video is publishing this game, as it bears a striking resemblance to something Puppet Combo would release. It’s got that grimy, nasty feel to it. That is not to say that it is a Puppet Combo game. It takes some cues from ol’ Pupper C and adds it’s own spin. The pacing, for example, is nothing like a Pupper C game.

The washer in the apartment is broken, so following a tip from a neighbor, you grab your purse and head to the shady laundromat just outside of town. It’s the dead of night, but the laundromat is open 24 hours. Just moving through the apartment complex gives you opportunities to find small indications that something is… off, in this town. A newspaper article warns you about mutilations. Your neighbor tells you that it’s unsafe to go to the edge of town at night. On the bus there, you’ll be told in no uncertain terms that you will literally die if you go to the laundromat.

So when you get to the laundromat you’re introduced to the main world of Bloodwash. You’ve got a shopping plaza that feels ripped straight out of the liminal spaces handbook. The neon lights on the storefronts cut through the gloom and it all feels very 80’s in its presentation. I could honestly live in that shopping plaza. It hit me with a wave of nostalgia so hard that I had to just sit and stare. I took screenshots to make my desktop background. That’s how much I like the design of the plaza. This world provides you with a few NPCs to chat with, and a plethora of callbacks to the world of Jordan King.

The pawn shop – named Peepaw’s – is of course a reference to PeePaw! The excellent 2D horror game featured in King’s Grindhouse Games Collection. As you wait for your laundry, you can interact with the denizens of this little slice of liminal paradise. While exploring, you can hunt down scraps of evidence, which can be shown to the NPCs to illicit different responses. You, as the player, don’t know the history of the area. Things you will find will seem to have no relevance to you. Talking with NPCs and showing them the things you’ve found will push you closer to the overarching mystery at the center of Bloodwash.

Oh yeah, there’s a mystery! This is where I get into why I titled this review the way I did. Bloodwash is about your investigation into a killer named… wait for it… The Womb Ripper. “What does the Womb Ripper do?” you ask? It rips wombs. No subtlety, no tragic backstory, no redemption arc. The Womb Ripper is an absolute remorseless monster. Bloodwash will make sure to remind you through the evidence that you find that The Womb Ripper is violent trash. I would love to get in-depth about the story beats of Bloodwash, but I absolutely want you to play it.

The central mystery is intriguing, and the finale will not be a disappointment for fans of a good old-fashioned 80’s slasher. There will be buckets of blood, severed limbs, hideous cries in the night, and a weird puppet head that I kept carrying around the game and showing to people. It is the ideal horror game. No frills, just chills. There are collectibles, which I’d like to mention. Comic books are scattered around the world, which, if I read the credits right, were done especially for this game. Full comics! There’s also some fun minigame content if you keep an eye out.

I could honestly talk about Bloodwash all day. It just feels good. It’s an experience that you could come back to over and over. It tells a simple story well, and I think we all need that occasionally in a horror game. 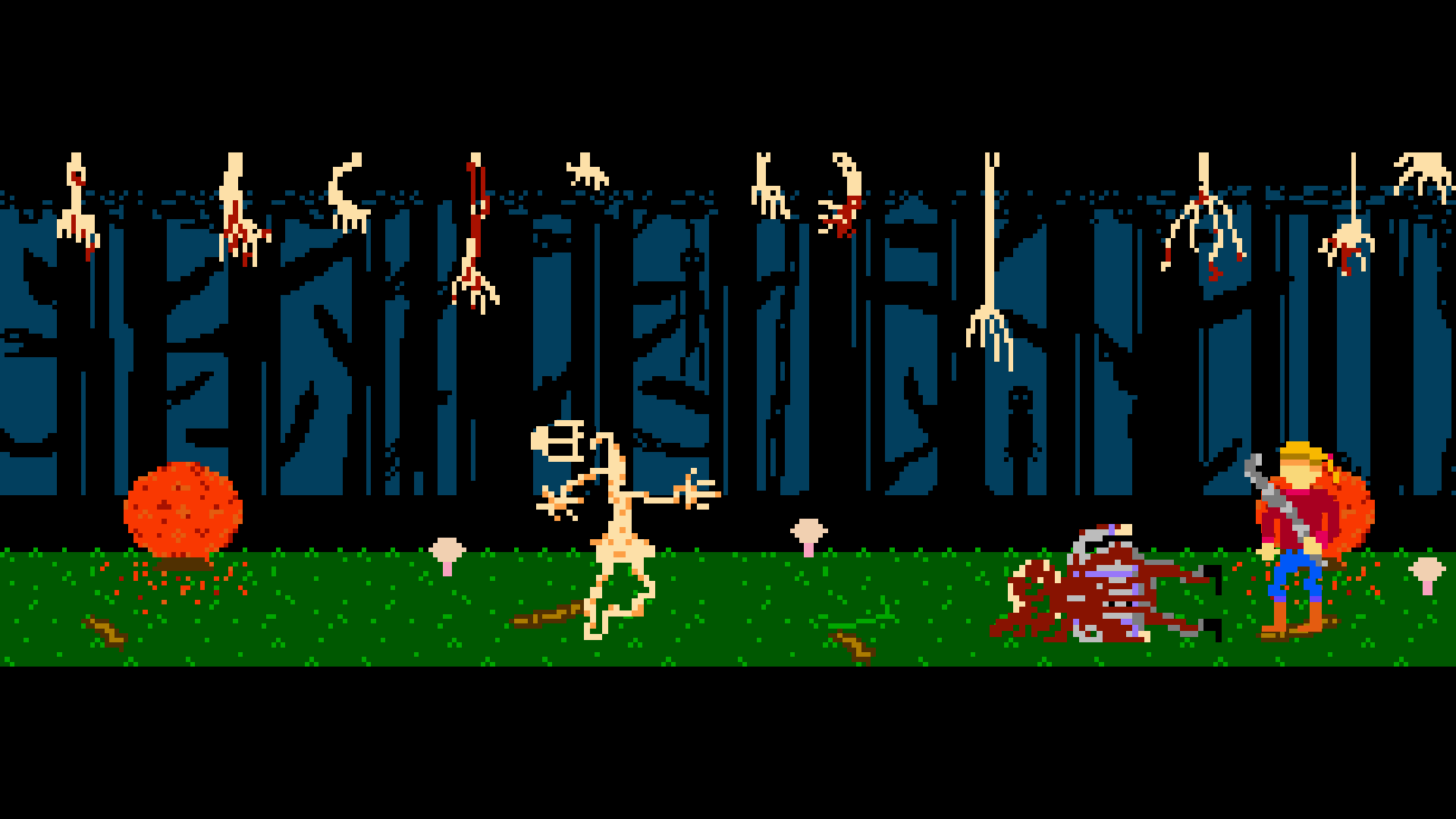 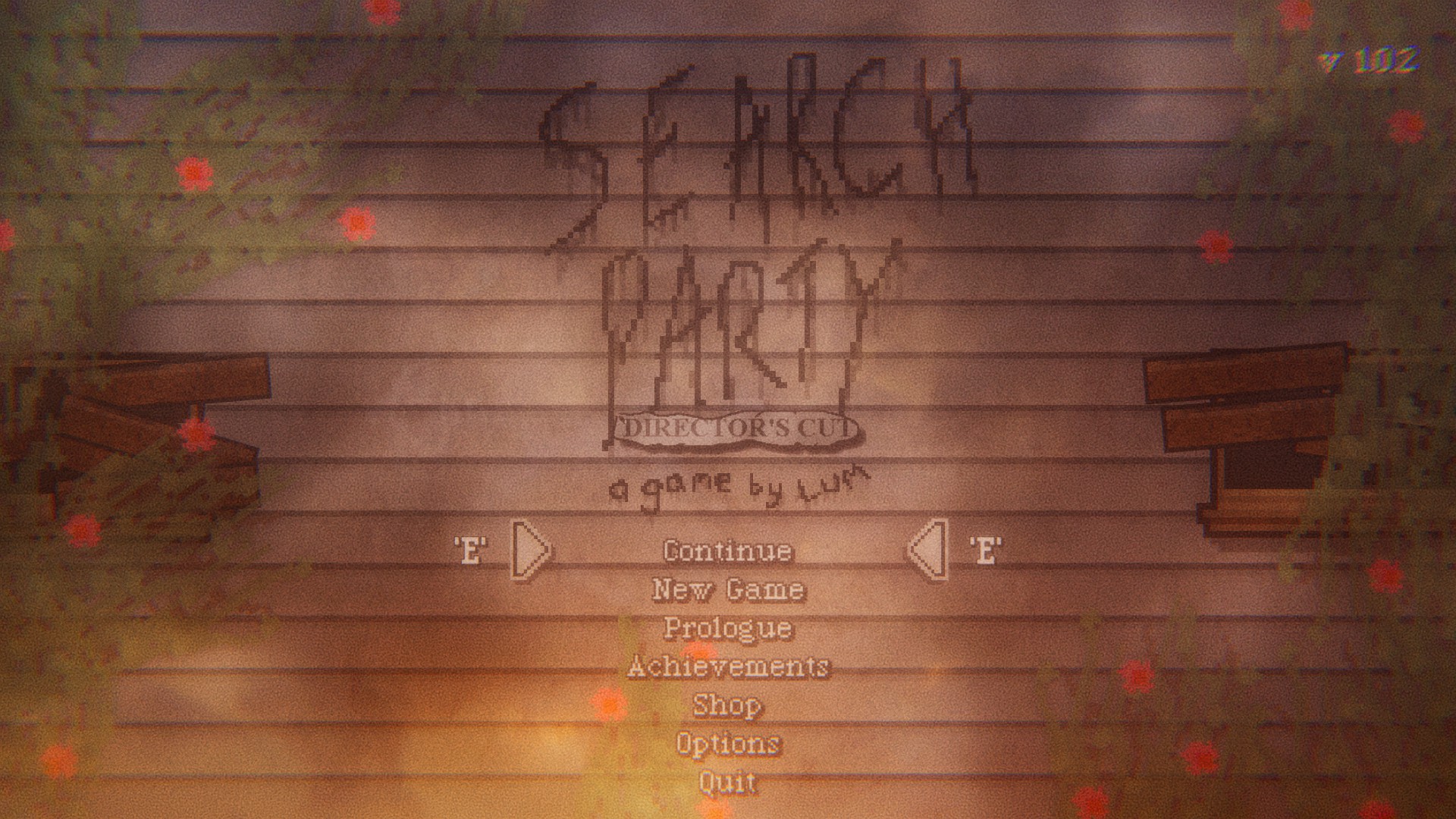