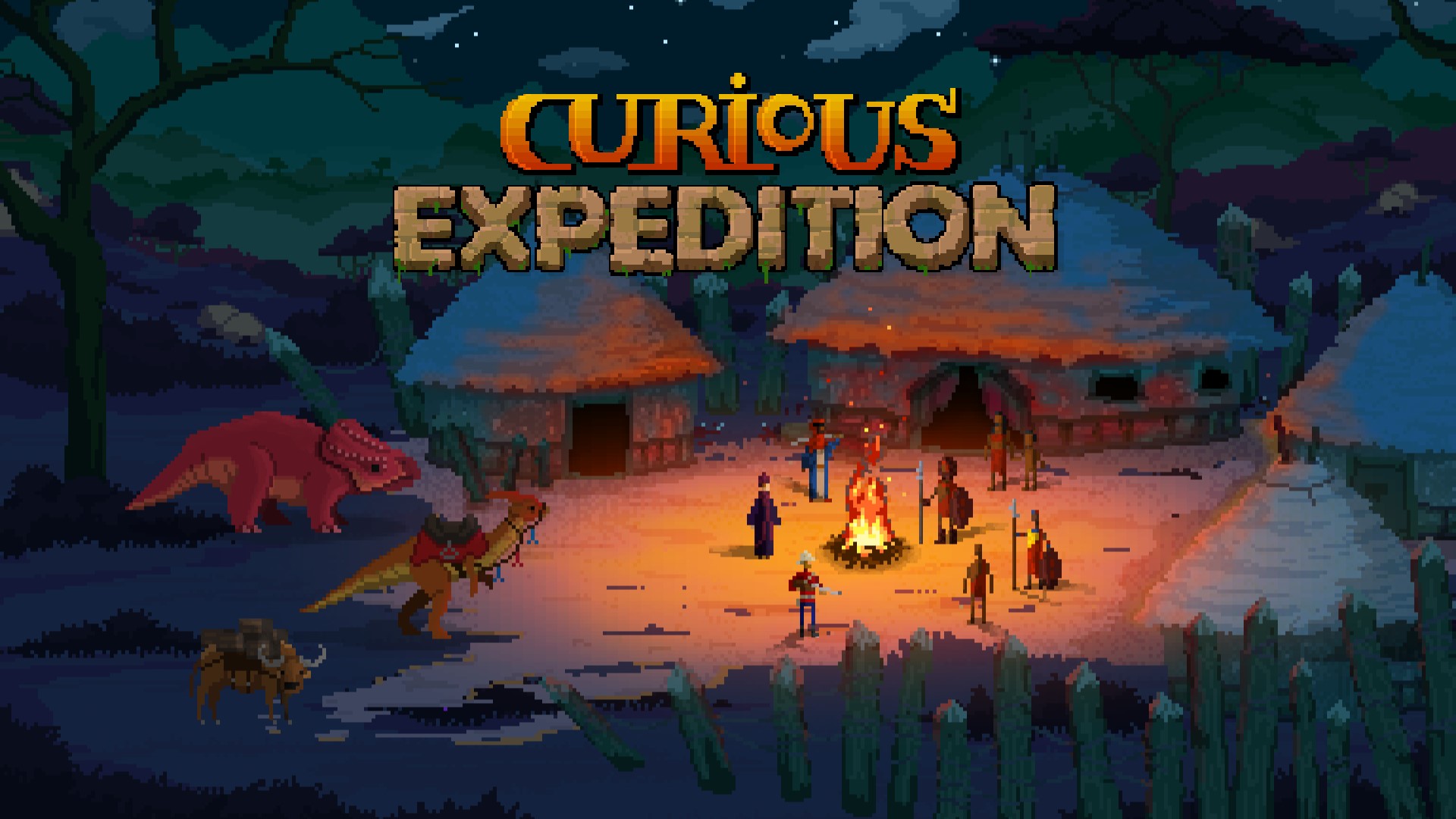 The 19th century was a simpler time for learning in Britain. Science was about electrocuting elephants in public and exposing yourself to extreme radiation. Philosophy was rationalizing genocide by claiming non-whites weren’t really people. And of course, exploration was about killing and enslaving a people and sifting through whatever remained. Curious Expedition aims to capture that zeitgeist where a man could sacrifice a thousand lives if it meant getting his hands on a nice golden bauble. It’s a strange game, unconventional in just about every regard. And because of that, Curious Expedition is really good.

The premise of Curious Expedition is that you are a member of London’s Explorers Club, and the gang has decided they want to do an exploration contest. You are pit against four other explorers each traveling to a different part of the globe in search of treasures. The goal of the game is to finish an exploration—either by finding the locale’s golden pyramid or by giving up and sailing/hot air ballooning home—and getting the highest score. Then you may load up on new supplies, get another expedition member or two, and go out again.

You begin with the choice of which famous explorer you want to play as. Curious Expedition shows its hand at not being serious at all right away. The first few explorers seem sensible. Charles Darwin? Obviously. Nikola Tesla? Ok. Rasputin? That’s a bit of a stretch but alright. Harriet Tubman? Now hang on a sec. H.P. Lovecraft? The guy who never left his house? The man who was so insanely xenophobic imagined foreigners as horrific monstrosities and fish people? I’m supposed to imagine this deranged little hermit going and spending the night at a native village in Uruguay? Ridiculous. He is the least likely person on earth to do any sort of exploration. But that’s the way Curious Expedition seems to like it. And each of these characters has their own special powers.

Curious Expedition is settler colonialism as a game. Each expedition starts with you going to a village to recruit people and make friends, and then the rest of it is you completely obliterating the entire area. The only method of getting the sacred knick-knacks is by looting a shrine. But each shrine has a curse, and the moment you take that golden donkey, hell breaks loose. The water may rise up around you, the land may become an icy wasteland. The ground may crumble away into great chasms and volcanos spring from the earth. The curse may turn those nearby villagers into horrific abominations, or tumorous fungus corrupts the land, unleashing giant spiders into the map. Needless to say, your meaningless pursuit of vanity leaves the destruction of these native civilizations in your wake. All so that you can trade some golden petunias for 3 bottles of whiskey to keep you from going insane on your next, literally apocalyptic, adventure.

Curious Expedition’s gameplay reminds me a bit of FTL and Sunless Sea. Curious Expedition is a roguelike, with everything but your loadout procedurally generated. The game is largely text-based, requiring decision making in order to survive. For instance, you may find yourself choosing to risk looting an ancient shrine for valuables or to risk exploring a cave without torches. But these types you have the option to play it safe. You’ll also encounter random events pretty frequently that can result in a loss of loyalty from your party or even a party member’s death. Each character has a set of dice, and these dice can play a role in whether or not you succeed in the encounter. Failure to roll an eyeball symbol dice while exploring a cave sans light source, you can suffer serious consequences.

The mechanics took a little while to get used to. Let’s start with exploration. Your crew must travel around the map in search of the pyramid and various trinkets, but you are limited by a sanity meter. Rather than focus on food or water, Curious Expedition requires you only to focus on staying sane. Sanity drains as you walk, faster if you need to move through tough environments. Thick jungle, deep snow, desert, etc. A few items, like snowshoes or machetes, can make travel through rough terrain easier, i.e. faster and less sanity drain. These items are consumed upon use. Traveling through one hexagon of forest eats one machete, so a stack of machetes is required to preserve sanity. Helpful if you know where you’re going.

Needless to say, Curious Expedition requires you to chart your movements wisely. Zigzagging around the map is a good way for your crew to go nuts. The problem is that the map is hidden from view until you explore it, obviously. You have a compass that supposedly points in the direction of the golden pyramid, but it’s inaccurate. By which I mean the dial swings rapidly back and forth 180°. Not that helpful. But then, this is a game about exploration, and having a waypoint wouldn’t be fair. You need to learn how to explore in order to not run out of sanity.

There are of course means of replenishing sanity. Resting at a native village refills a ton, but they may require an offering if you overstay your welcome. A nice hot spring or waterfall is a great place to rest, but it takes several days to get a full sanity meter. Food and whiskey can refill sanity on the trail, but they take up inventory, are often expensive, and don’t fill much per unit. These are the important items. I can’t go into all of them because Curious Expedition has like 100. Just know there are a lot of items for different specific circumstances and you will never have that one you need right at the moment.

There is some infrequent combat in Curious Expedition. Every area has wildlife roaming about, and if they catch your scent they may pursue you for weeks. If they catch up to you, your team will enter a turn-based combat. Each side—you and your enemy—have various six-sided dice. Small enemies like hyenas will have one attack die per enemy. Larger animals, like gorillas, may have up to four. That means if you encounter two gorillas, you’ll be attacked eight times a round. On your end, each member of your party (except pack animals) has dice.

Bear with me, this is going to be hard to describe. Combat in Curious Expedition relies on these types of dice. These fall into a few categories: attack, defense, support, and magic (each die has three possibilities. Example- support die has an eyeball symbol for precision, a brain symbol for planning, and a blank symbol for get fucked). Only a few can be used on their own. One attack die means one damage, and that isn’t enough. You need to find various combos to gain the upper hand. Precision cannot be used on its own. But use an attack and a precision die and you get an aimed attack, for extra damage. There are items that can provide extra attack dice as well. Weapons like the hunting rifle provide a permanent attack die as long as the gun is in your inventory. Spears, extra bullets, and dynamite are one-use attack die that lasts for only one round. Good for finishing off an enemy.

So now you’re finished with the fight. Tally ho. Even if a character died in the fight, they are alive as long as you win. Fleeing early means they died. However, when a character takes damage, they have an extremely high probability of getting an infection. That party member has a countdown until they die unless you have a first aid kit or a health mushroom. This is Curious Expedition’s way of making sure you are screwed even if you dominate a fight. First aid kits are hard to find in the field, and I absolutely quit several games because my cook died of infection.

Creative, challenging, and charming. Way more interesting then it appears. A really fun and novel experience that took me by surprise. And you can add dinosaurs to your team sometimes. 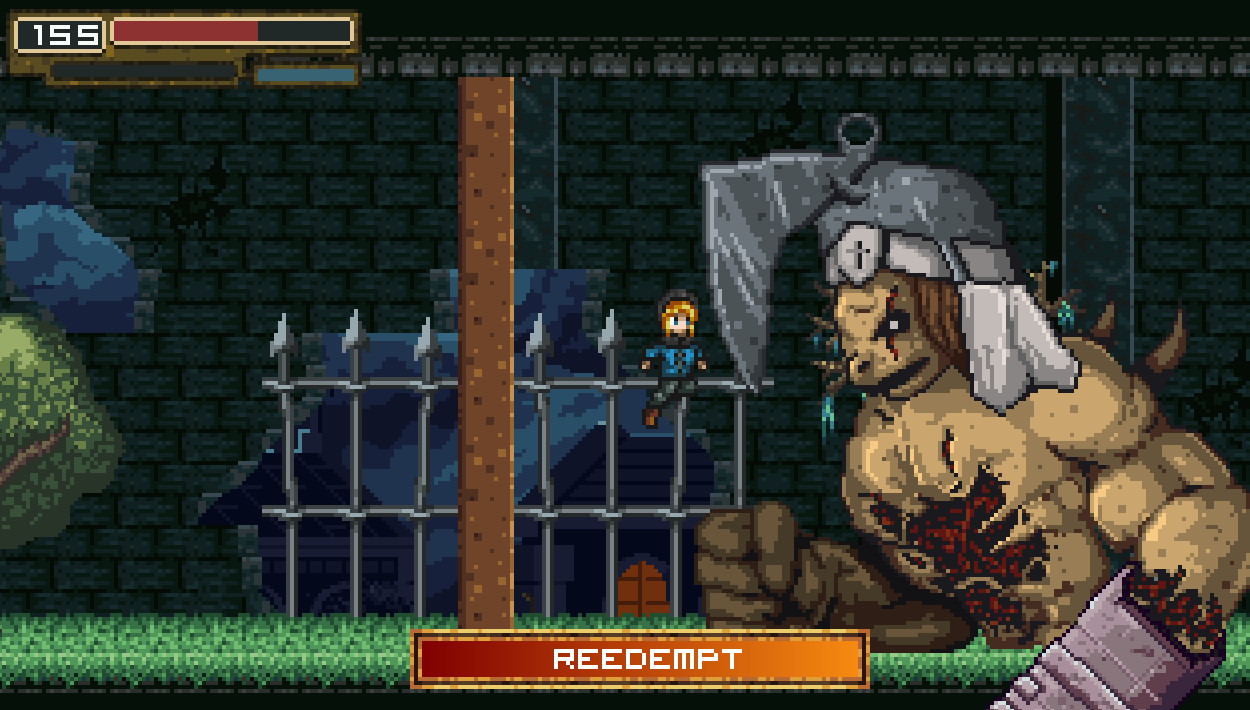 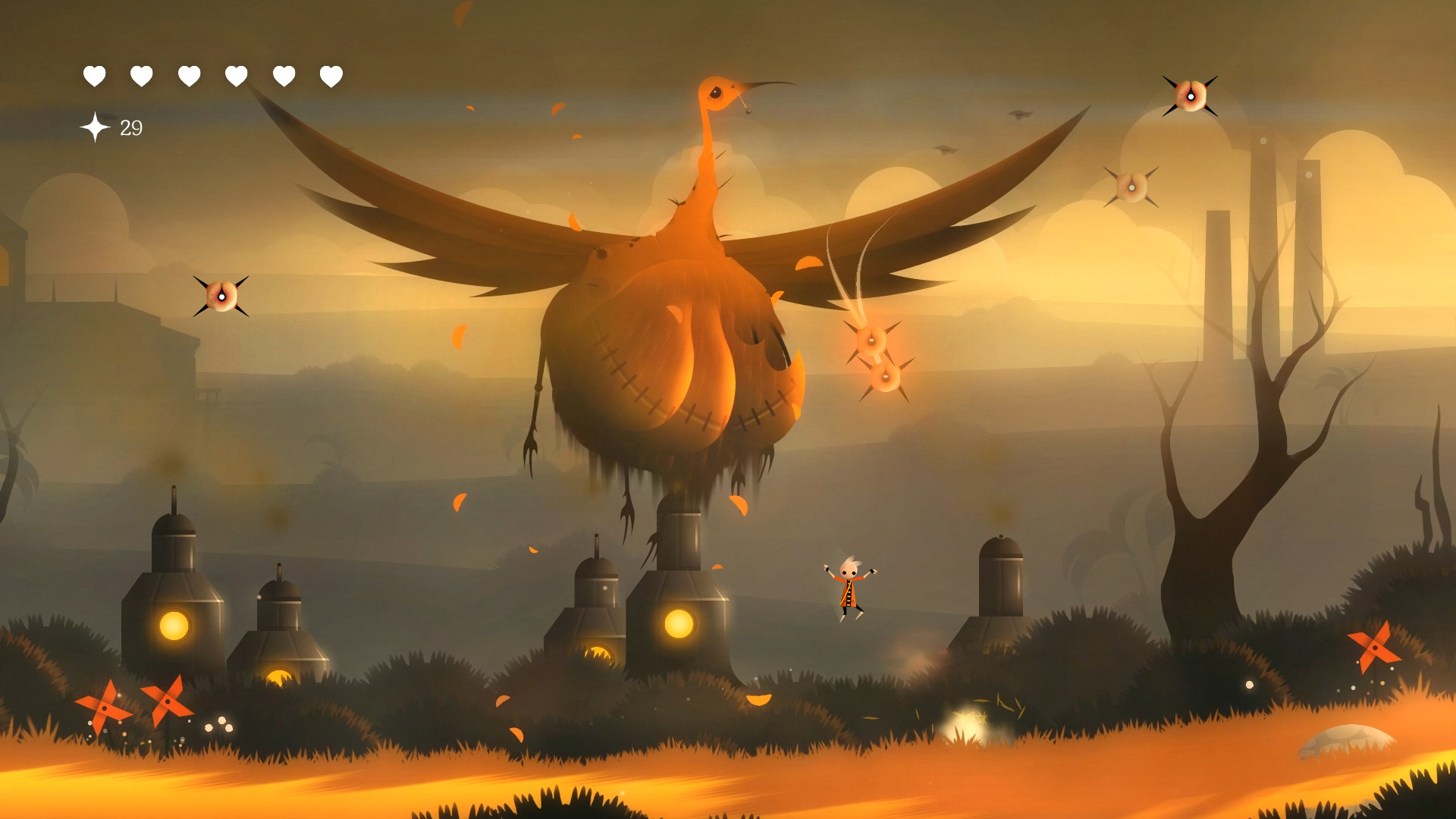 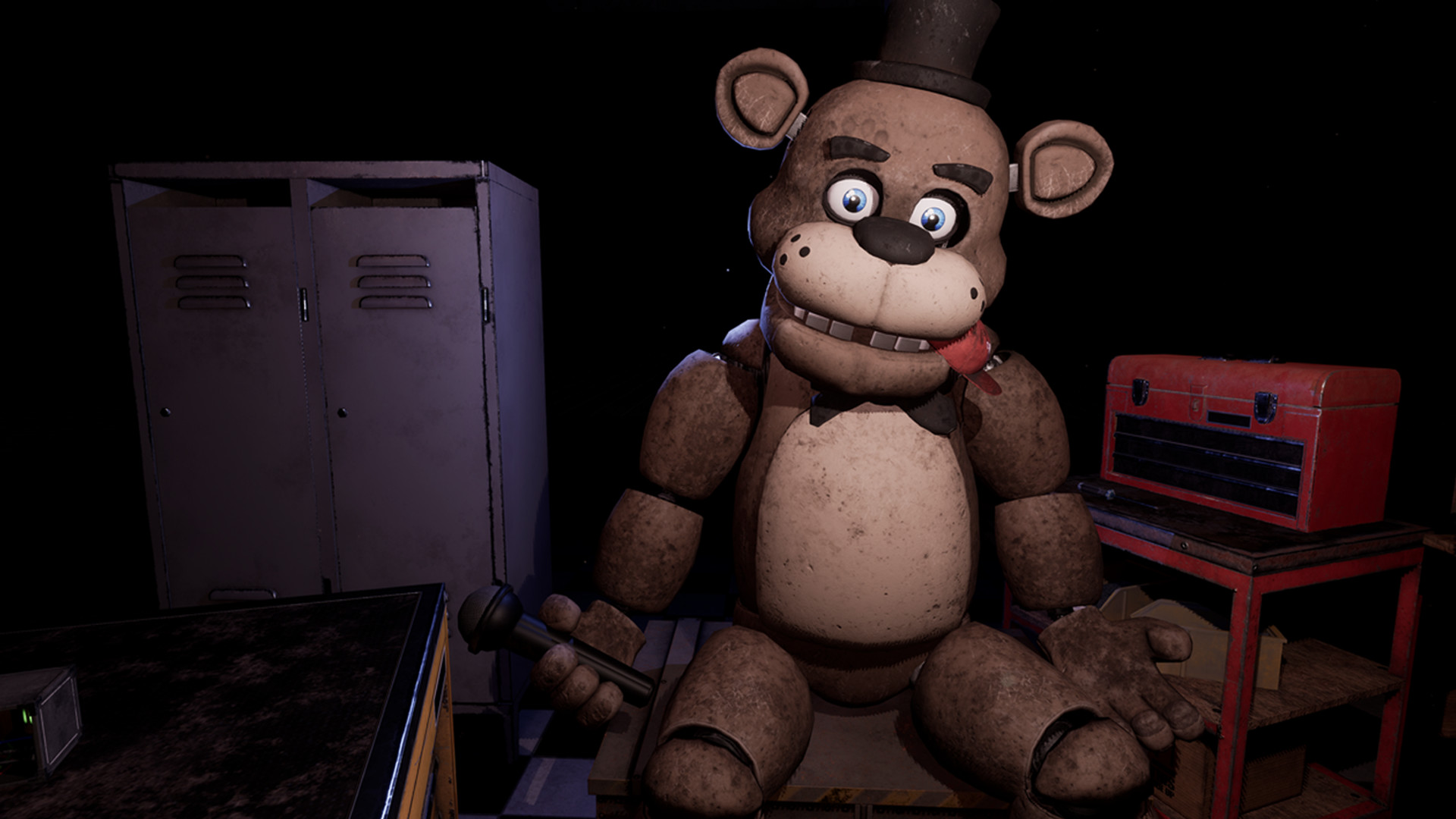