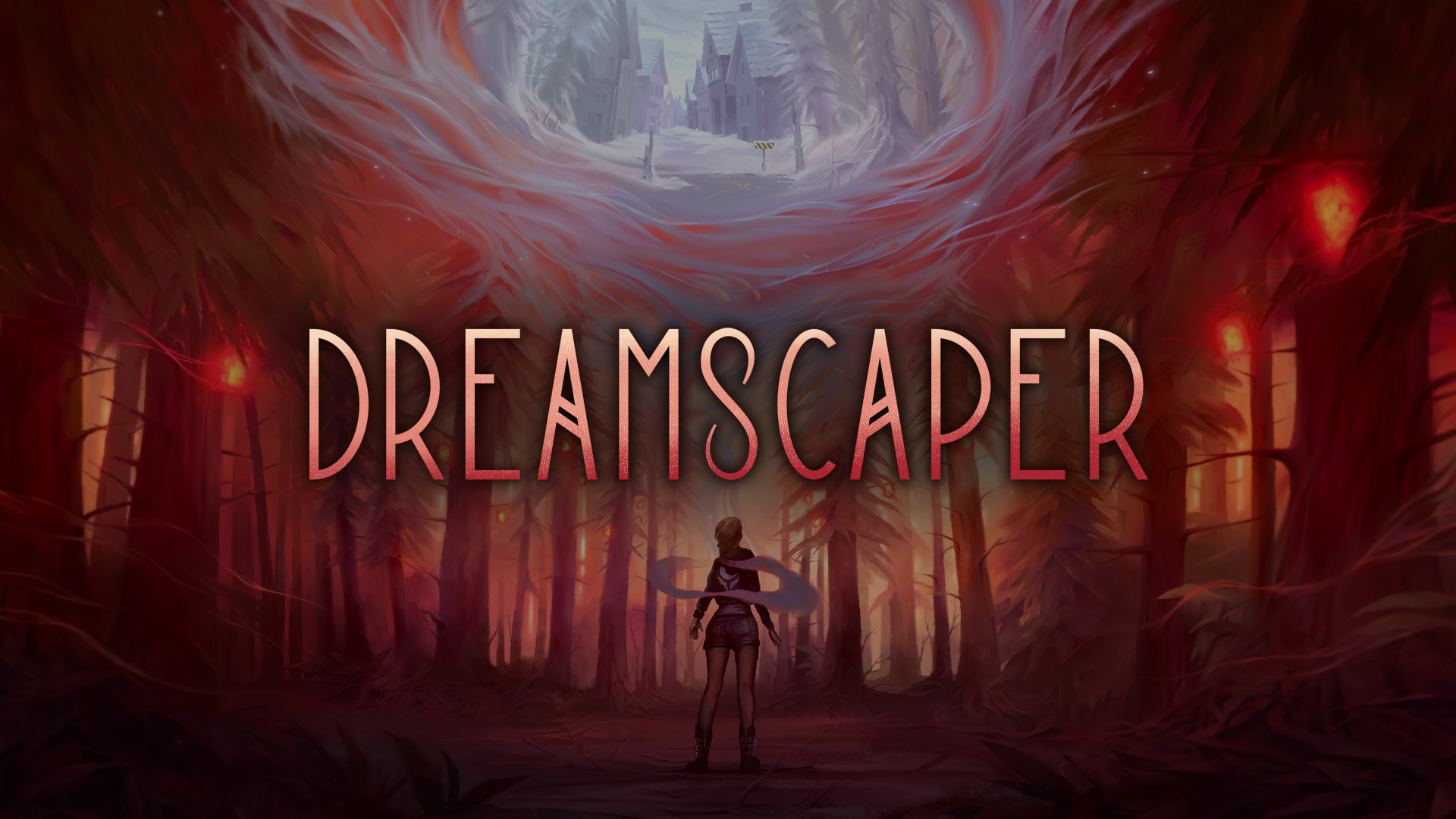 Dreamscaper Review – Life is but a Dream

Dreams, depending on who you talk to, can say a lot about your mental state. I don’t much subscribe to the theory that my dreams mean anything. I can’t really suss any meaning out of a dream where I steal cars with Mario. That’s just me, though. Dreamscaper subscribes to the theory that dreams can be a transformative thing. You’ll play as Cassidy, a small-town woman in a big city environment. She’s got no friends and just started a new job.

As she lays her head down to sleep, she sinks into the bed, deep into her dreams. You’ll be spending a lot of time in Cassidy’s dreams, as they’re at least half – if not more- of the gameplay. Inside the dreams, she sheds off her boring day-to-day outfit and arrives to her psyche fully decked-out in a superhero-type outfit accented by a long, flowing, glowing, scarf. You’re given free rein from the get-go. Layout-wise, Dreamscaper feels a lot like another popular roguelike: Hades. You’ll move through each layer of the dream, going lower and lower.

The combat is fantastic. Starting out, Cassidy’s arsenal isn’t great, but through the persistent upgrade system in the world – familiar if you’ve played any other roguelike- allows you to quickly build up a formidable collection of things that go bump in your dreams. You can switch out weapons, shields, dodges, and two lucid attacks. Lucid attacks are the fireworks that compliment all your other means of defense. I am quite partial to a certain guitar-based lucid attack. It sends out a giant shockwave, along with a bolt of purple lightning when I strum a chord. It’s great crowd control and looks cool too.

Over a short amount of time, Dreamscaper allows you to fully customize a moveset for Cassidy. You can choose starting weapon, shield, dodge, and lucid attacks from a helpful book in the waking world. Customizable dodges are a very cool feature I haven’t seen before. Some are straight-up Dark Souls-style rolls, while others see you zigzagging from point to point, leaving a trail of sparks behind you culminating in a giant electric explosion. As you unlock more and more things, you’ll be able to find the starting style that works for you. Don’t get too attached though, as different, more powerful items will be offered to you as you get lower in the dream.

The dreams contain memories that can be found, and triggering them adds to Cassidy’s overall story. They’re helpfully collected in a journal for you to peruse at your leisure. Every floor contains a boss room, and you’ll be fighting Cassidy’s perceived flaws. The first boss, which I’m absolutely going to spoil right now, is Fear. Fear is represented in the dream world as a giant, toothy fish. Just as actual fear does, it stays bubbling underneath the surface, looking for a chance to jump out at the worst time. All of the boss fights work like this. I won’t spoil subsequent bosses, but I will stay they stick to the theme beautifully.

In the waking world of Dreamscaper, you’ll control Cassidy as she navigates everyone’s worst fear: Trying to make friends as an adult. The city is full of an eccentric, yet realistic cast of characters. Starting out, they’re absolute strangers to Cassidy. You’ll have to take the initiative and kick up a conversation with them. You can also craft gifts back at your apartment. Each of the characters has preferences, and matching a homemade gift to their preference builds up their friendship level. What benefits can you get from a friendship? Each potential friend has a quality that Cassidy admires. This quality levels up and affects stats in the dream world.

Bruce is one of, if not the first character you meet and befriend. His quality is wisdom, and leveling it provides a pretty decent bonus to something I’m not going to spoil. Each of the characters has traits; such as perception, or wit. Leveling up these friendships is a must as you dive deeper into the dream. The city itself is wonderful. You’ll be visiting coffee shops, bars, a record store, and interacting with the people of the city. All potential friends move around, so you might run into one of them at the coffee shop one day, and the record store the next. Exploring the city also allows you a chance to pick up crafting recipes for items you can make for Cassidy’s friends.

There is a lot to collect in Dreamscaper. It’s not a bad thing. I don’t want it to be seen as a bad thing. The game is expansive. Inside the dreams, you’ll be collecting different currencies to buy things in the waking world. You can upgrade pretty much everything. You can increase your parry window, or your invulnerability frames, or your overall damage. Everything can be improved. You’ll need to do it as well because the game gets hard. I’ve put quite a lot of time into Dreamscaper, and just in the last few days did I finally beat the 4th boss. You’ll have to be quick on the evade or block to hang with the later enemies and especially bosses. Even a run that ends badly still has something to provide.

I never found myself entering the waking world from the dream world without enough currency to upgrade something. You’ll be constantly upgrading and building up the dream world. You can unlock rooms for each layer of the dream. Things like challenge rooms, which give you a challenge to beat the enemies in the room without melee, or without dodging. Completing these challenges earns you an item. If you’re not upgrading the dreamworld in the waking world, you’re going to have a pretty plain experience.

The story Dreamscaper tells, with its vibrant cast of characters and beautiful artwork is exceptional. When a run ended, and Cassidy would jolt upright in bed, I knew it was just time to go chat with my new friends and get ready for that night; when I knew I’d have to hit the bed again. Goodnight. 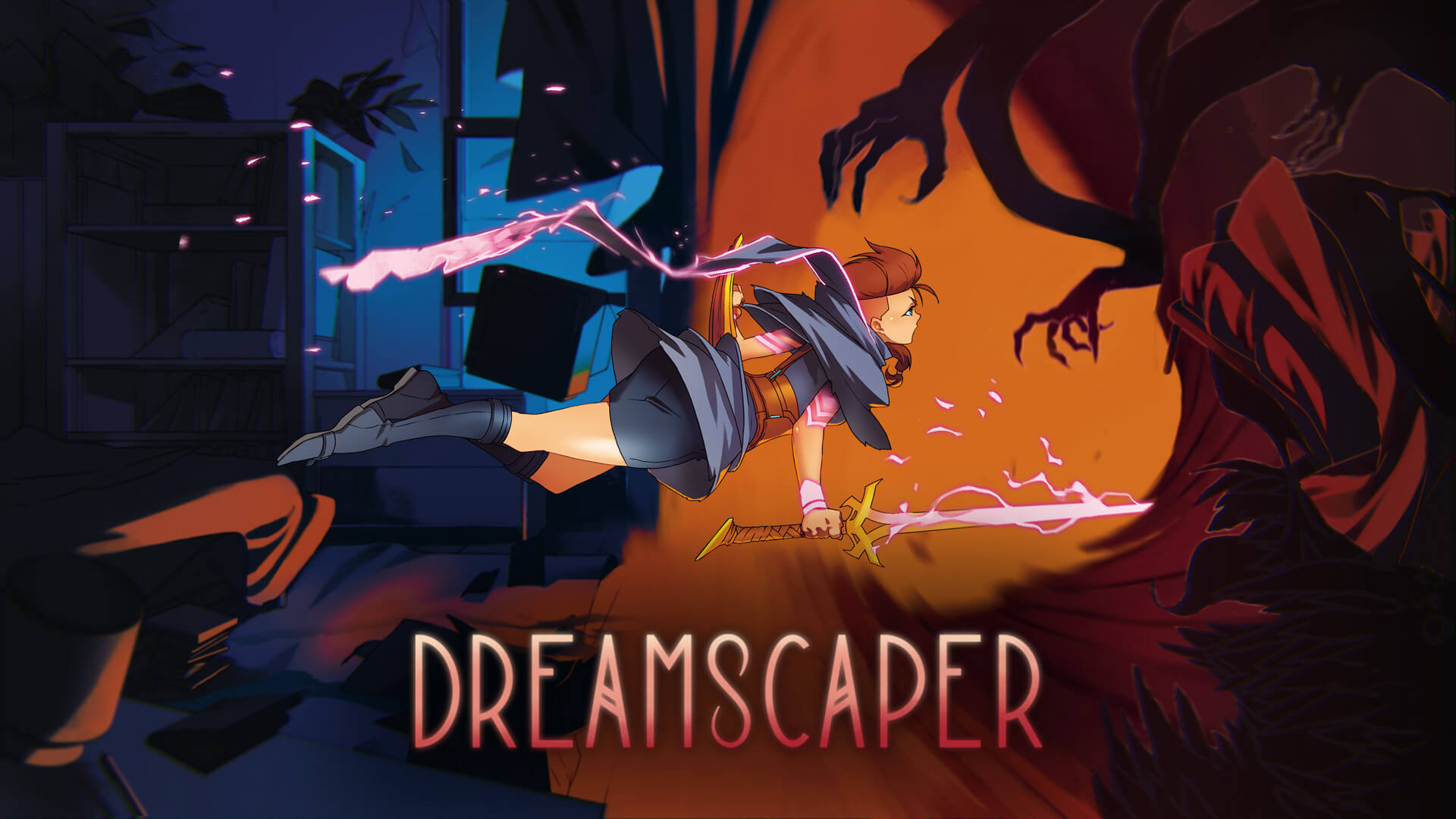