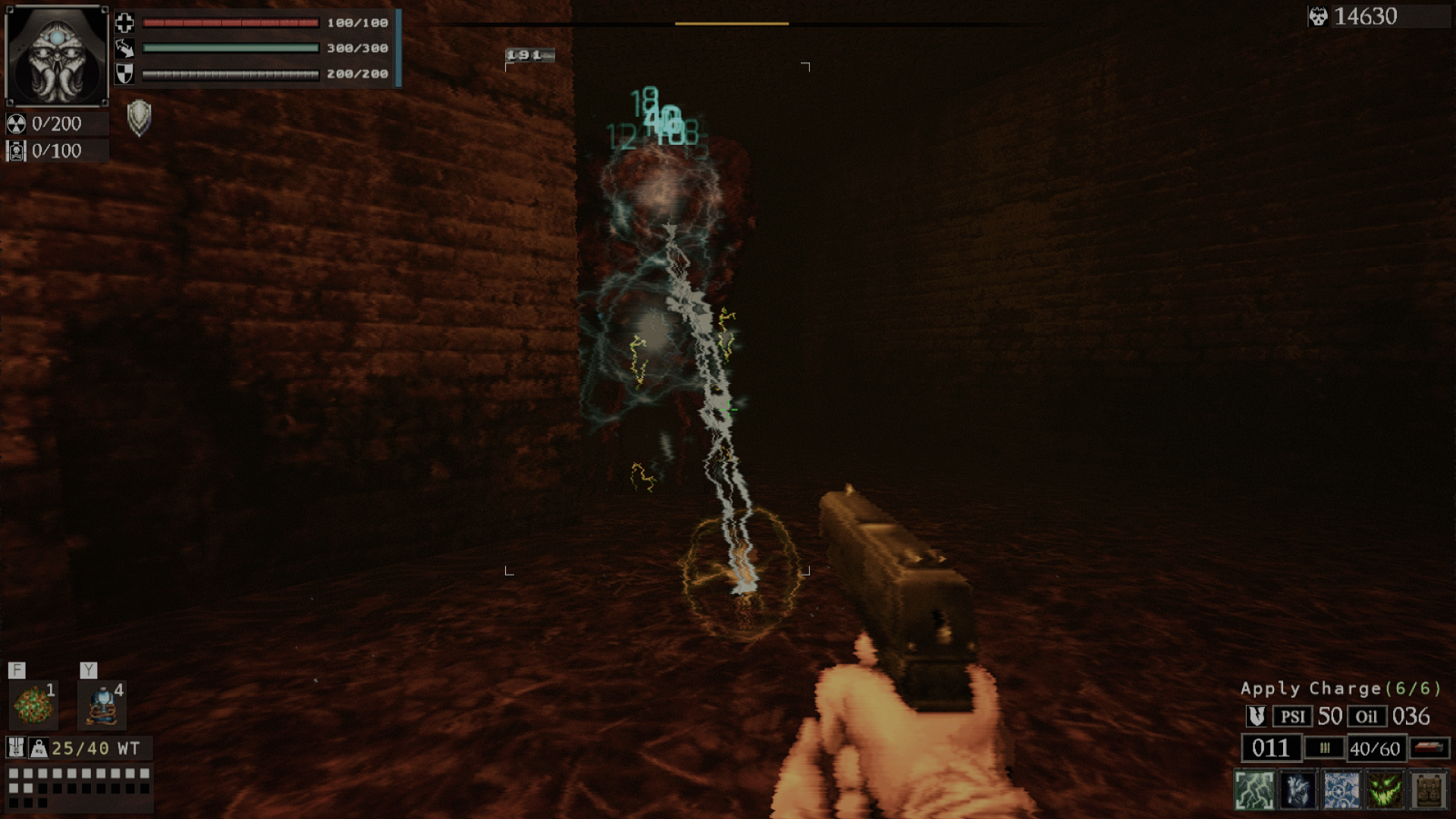 Divine Frequency takes place in “a dystopian world where dreams and reality collide,” and has you playing a character I will call Cultistguy. Armed with a wrench and awakening in a place that is part dungeon part subway station part lab (which combines into a place not unlike Silent Hill’s Otherworld) you must clobber a multitude of different mutants hell-bent on tearing you apart. Soon you find yourself a gun and sooner still you find the presence of dark gods taking notice of your painfully mortal self.

Paraphrasing Alan Moore’s Watchmen, in DOOM you are not trapped with the demons, they are trapped with you. It certainly bears the theme of horror, but with the ability to cleave your way through hundreds of demons while armed with tremendous firepower, I would hardly call it a scary game. Divine Frequency has gone to great lengths to fully realize that horror.

Taking inspiration from “games such as Bloodborne, Blood, System Shock 2, and Darkest Dungeon”, Divine Frequency brings some true abominations into the fight with Cultistguy. Not only are the monsters you fight terrifying Junji Ito/ Kentaro Miura-looking creations, but they are incredibly powerful foes. The horrifying creatures and setting are great, but the atmosphere is incredible too. I was skeptical of a DOOM mod being able to properly capture the feeling of the four games listed above, but I eat my words. Divine Frequency has done just that.

It’s a DOOM mod so you already know how it goes. You got a melee weapon and a handful of firearms and a great number of monsters to put your weapons to good use. More than that, there are fantastic elements of exploration in this bizarre world and even some fascinating NPCs that you may converse with and/or create unholy covenants with. Some other mechanics are there too, such as stamina and a radiation meter and texts to read, and various items in your inventory. But besides that, Divine Frequency is good old-fashioned DOOM with a generous layer of otherworldly horror on top.

Divine Frequency goes to great lengths to turn the odds way against you. Each fight is against something horrible that is also a great challenge to overcome. Impossible space and apparently rapidly changing settings make for an incredible atmosphere of dread and uncertainty. And new mechanics like inventory items, perks, and a dash make the experience much deeper than your traditional run-and-gun DOOM WAD.

The runtime of this alpha build is an hour and still left me wanting more. I am making as many eldritch pacts as I can to ensure that Divine Frequency gets built. Other than it being incomplete by nature, and some extremely minor and unnecessary changes, I really cannot think of anything I didn’t like about this game. It is just about flawless as is.

This is a personal problem due to having a bad brain, but I did get lost a few times. I’m not saying Divine Frequency needs a map, but some of the areas I did get turned around in while frantically fighting mushroom zombies or the tommygun cultists from Blood. Besides that, I might suggest that the items dropped by enemies be reduced a tad. Not that I mind extra health and ammo, but I did not feel the pressure of my guns running on empty nearly as much as I expected. That’s a fun trick to up the survival and horror of a survival horror game.

It is well documented that the DOOM guy is among the most physically powerful humans in all of gaming. Carrying an estimated 12,000 pounds of guns and ammunition while sprinting into the depths of Hell at jaguar speed without ever tiring, it is hard to find any weaknesses in such an incredibly strong guy. The biggest weakness he has is the psyche of whoever is behind his controls. Divine Frequency takes doom and adds a thick layer of eldritch terror that is more effective and thematic than most DOOM mods I have ever played.

You can download the alpha of Divine Frequency (provided you have DOOM already) by clicking here. 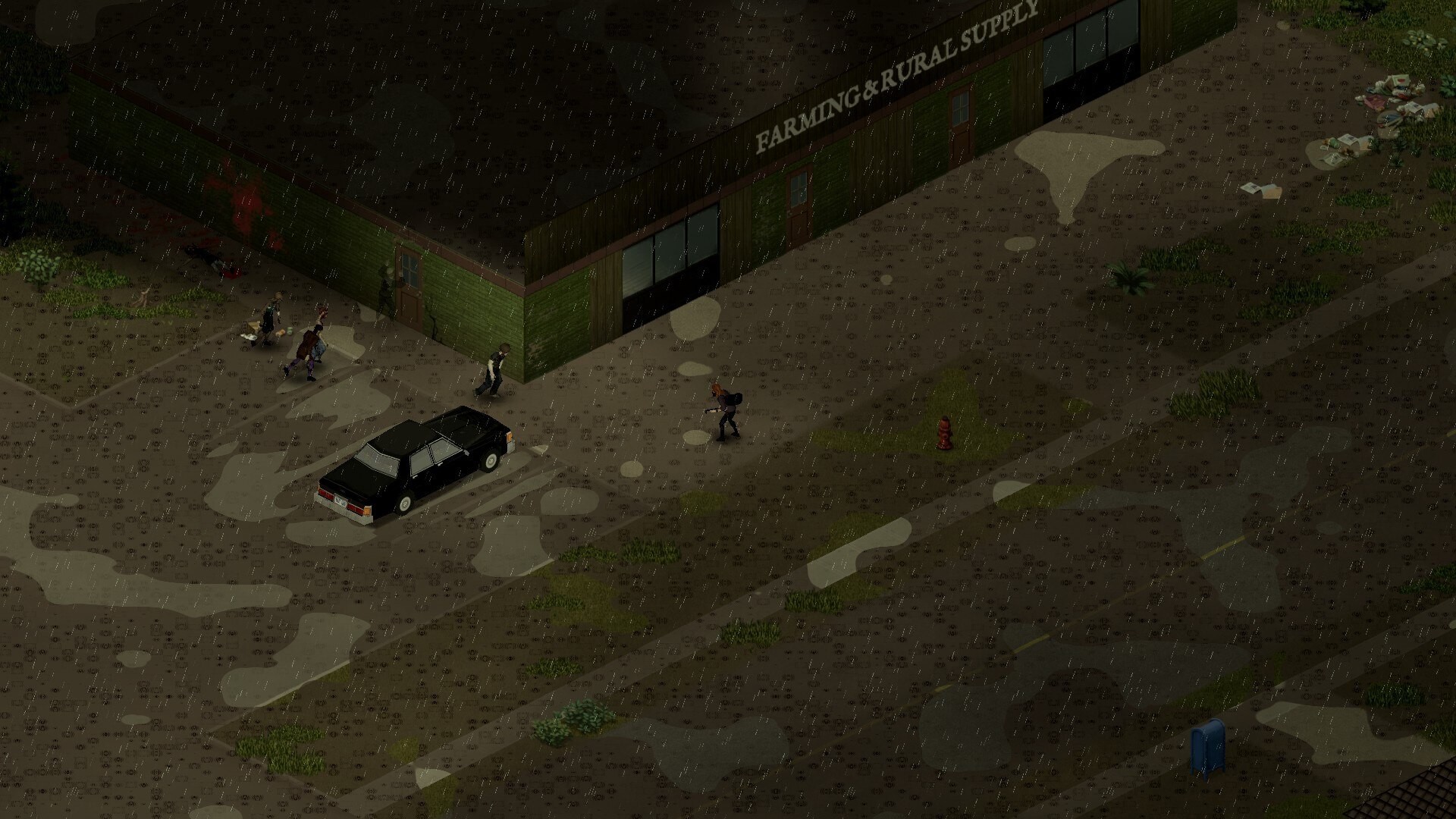 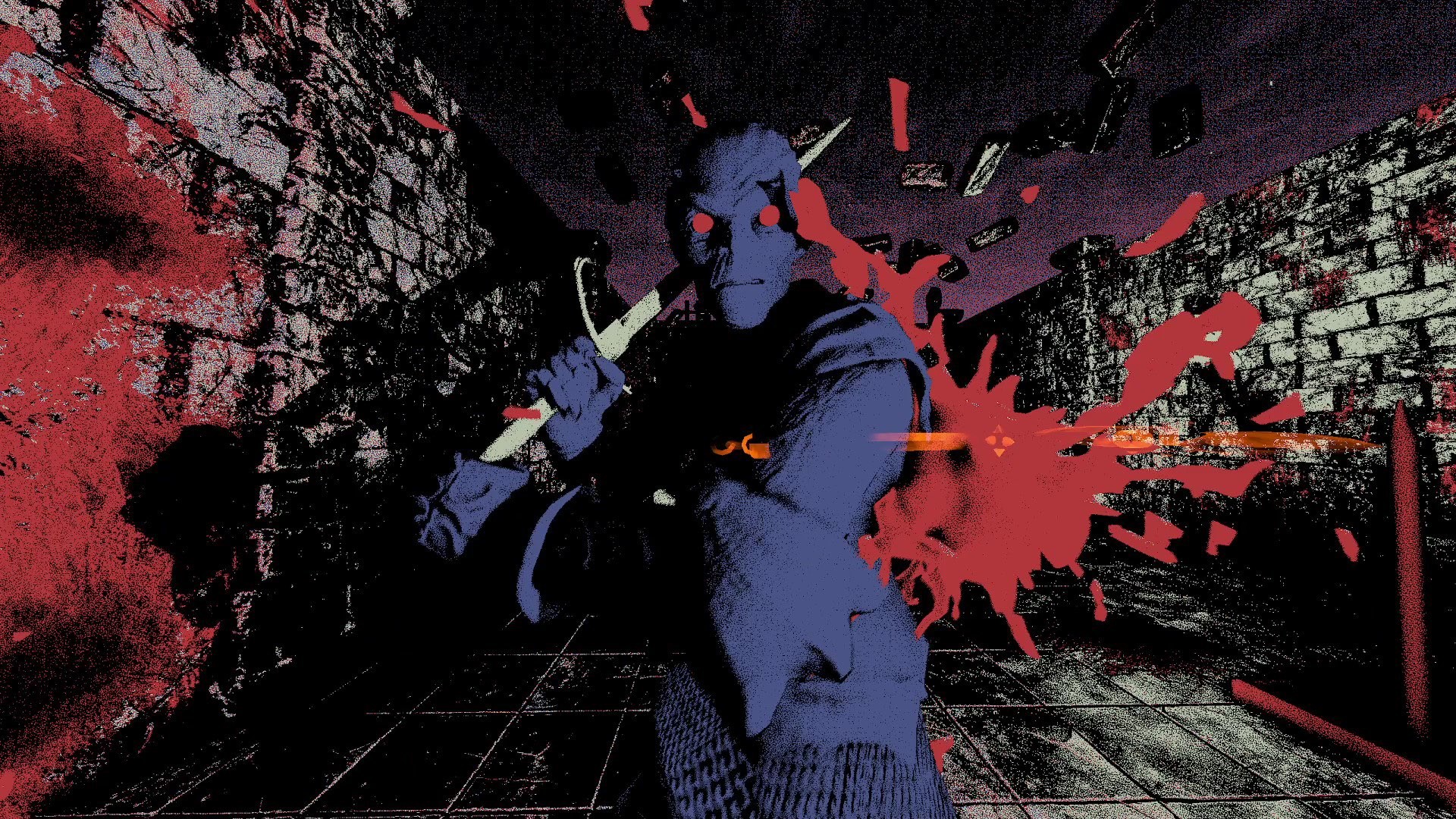 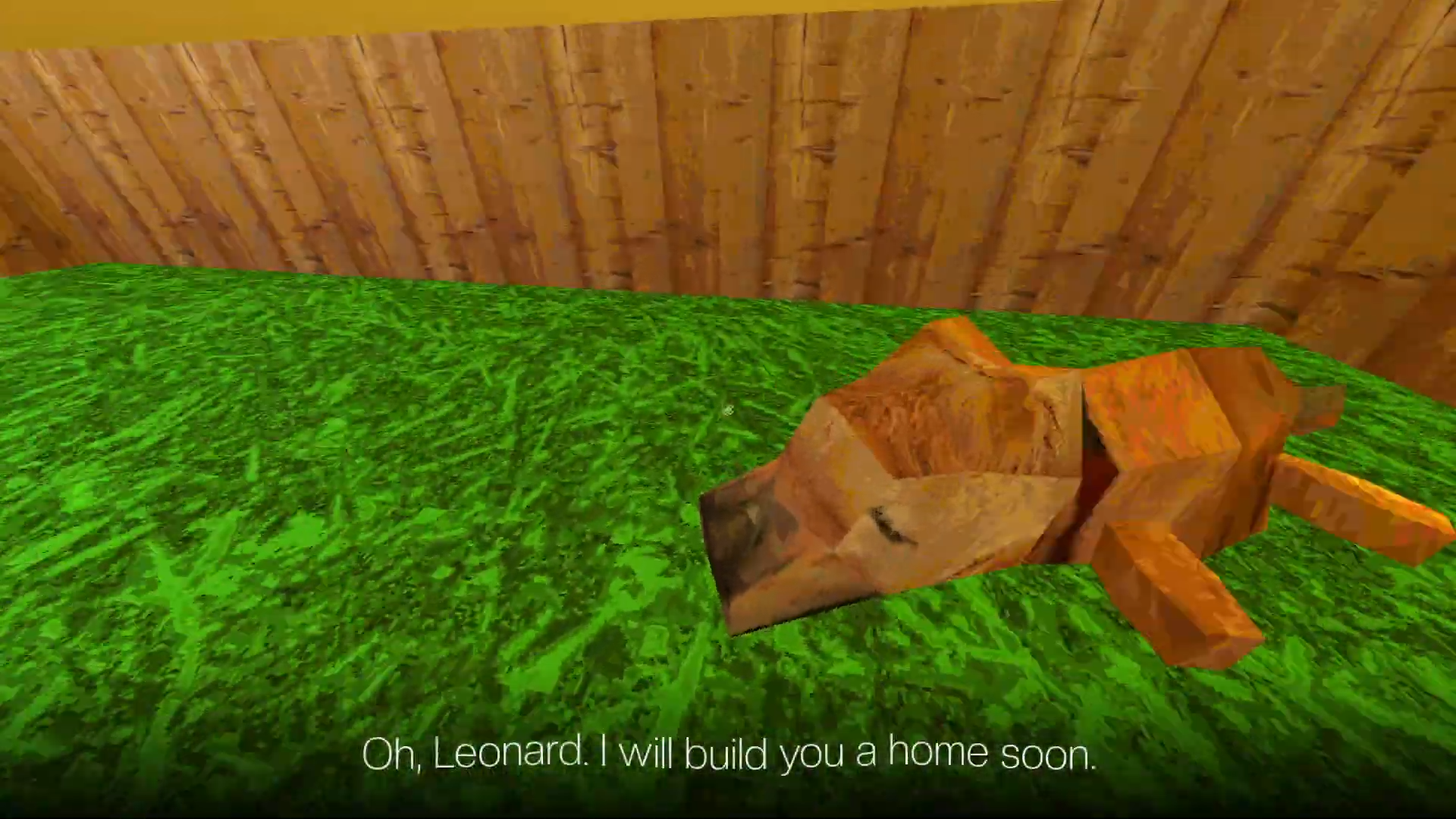