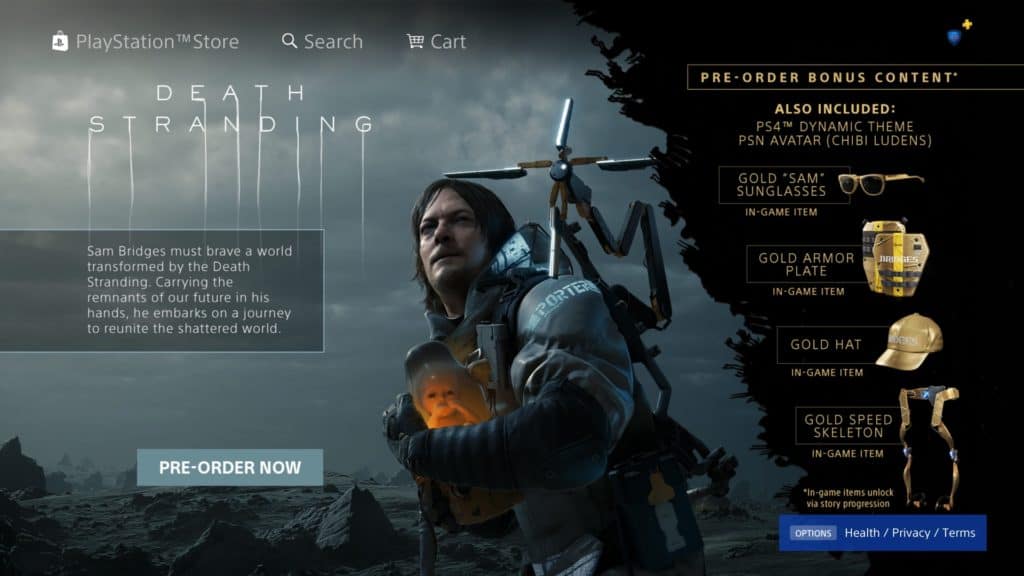 PlayStation 4 users noticed a rather interesting pre-order option pop up on PlayStation store earlier today: Death Stranding, the long-awaited game from Hideo Kojima (Metal Gear Solid, P.T.). While no release date has been officially announced, the strongly suggested date is this November 8. If so, that makes The Last of Us Part 2 and its rumored 2019 release date at jeopardy. There’s no way that Sony would pit two gigantic, exclusive titles against one another, especially when they’re in such similar wheelhouses.

As for Death Stranding, there’s still no major information about the game or what it’s about but the pre-order page has a description that leads to some very interesting conjectures:

“Sam Bridges must brave a world transformed by the Death Stranding. Carrying the remnants of our future in his hands, he embarks on a journey to reunite the shattered world.“

It sounds like this might be reminiscent of Children of Men with elements of The Book of Eli. Both take place in a post-apocalyptic society, each in their own way, and Hideo Kojima is long known to be a fan of sci-fi, action, horror, and thrillers, so it it’s not a far reach to guess that these titles may have influenced, in some small way, Death Stranding.

Today should bring more information, but we’ll just have to wait and see!